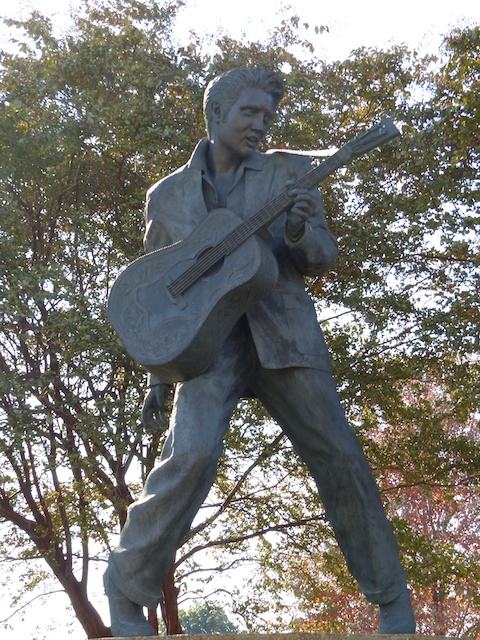 You know you have arrived in Memphis when you see a statue of Elvis on every corner.
It was a 7 hour drive from Gatlinburg to Memphis but our friend, Rob, did a great job of driving and the highways are so good in the States.

We stayed at the Downtown Sheraton Hotel as this was where we were going to meet up with our tour group for the Mississippi cruise.

However, we planned to have a few days exploring Memphis. We decided to use the Hop on Hop off bus to get a feel of the city and places to see.

The first stop we wanted to see was Graceland, Elvis Presley's mansion and museum. We walked to where the bus was to stop but we couldn't find the bus stop sign or the bus. Finally, a city tourist helper flagged down the so called bus. It was a bomb, a small van which shuddered its way noisily around the city and we paid 23 bucks for this. Just as well the ticket lasted for 2 days. 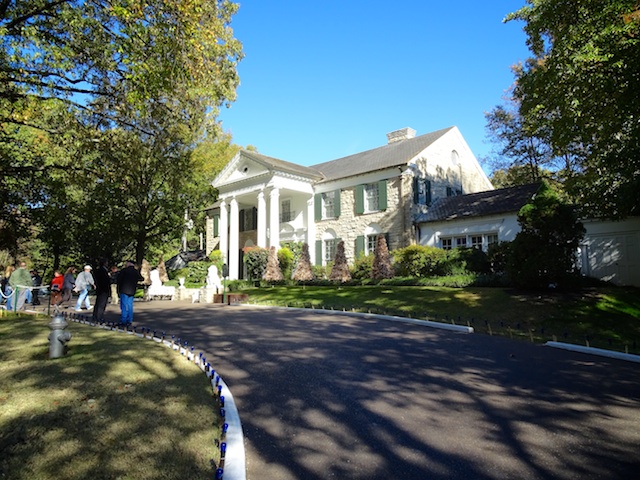 Surprisingly the driver got us to Graceland, which is a bit out of town. It is a slick tourist attraction. There were a variety of ticket prices depending on how many buildings you wanted to see. 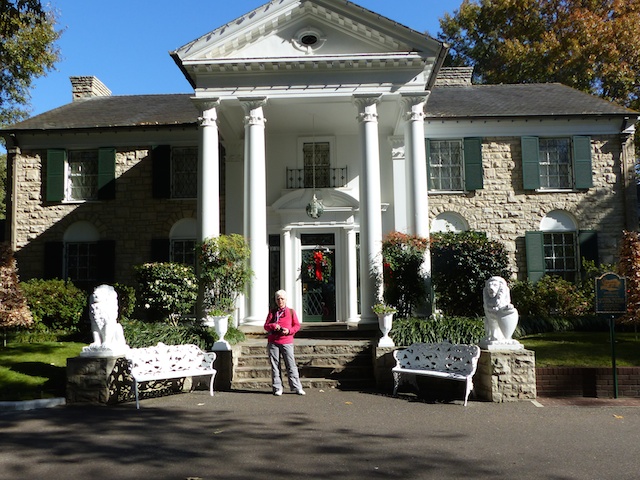 We started with the mansion. It was quite impressive. 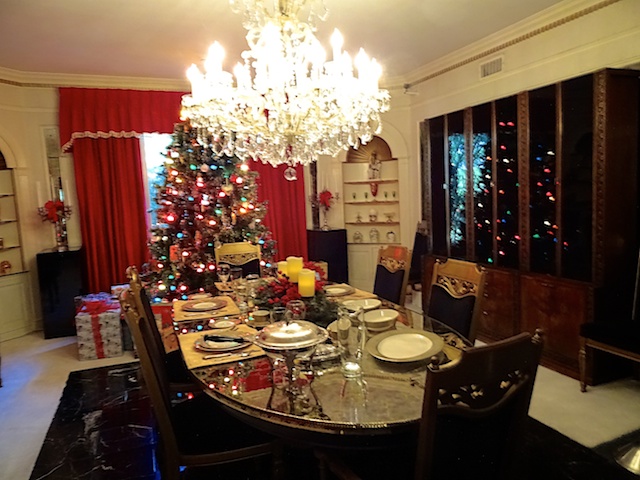 The lounge, dining room and parents bedroom were on the ground floor. We were given iPads and earphones to guide us around the rooms and it gave interesting onfo about each room and collection. 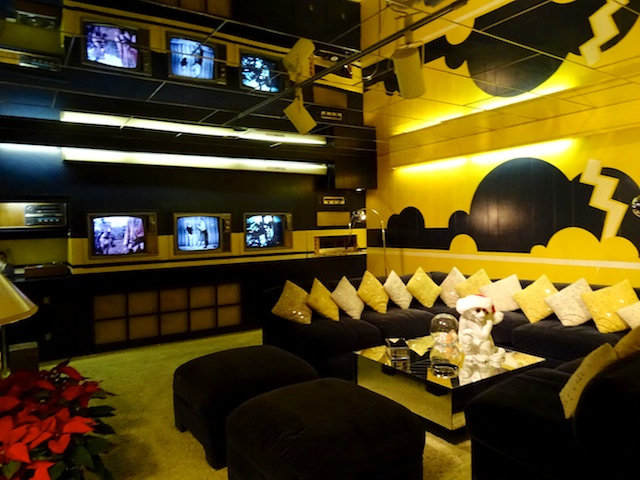 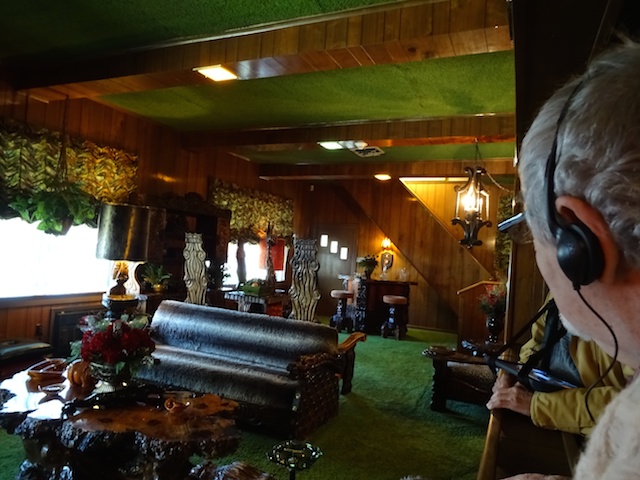 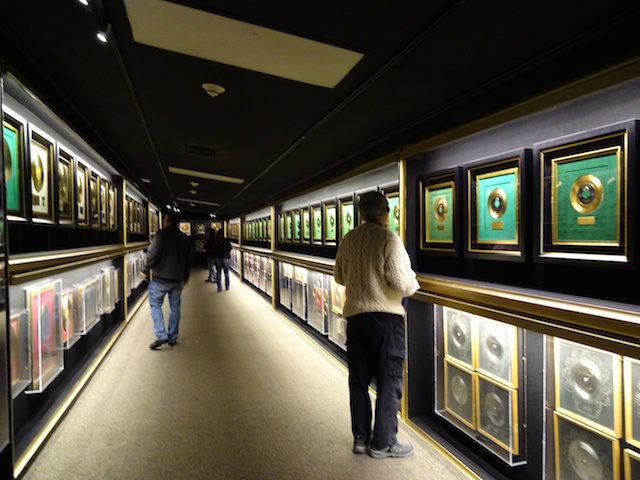 His gold records, there were so many. 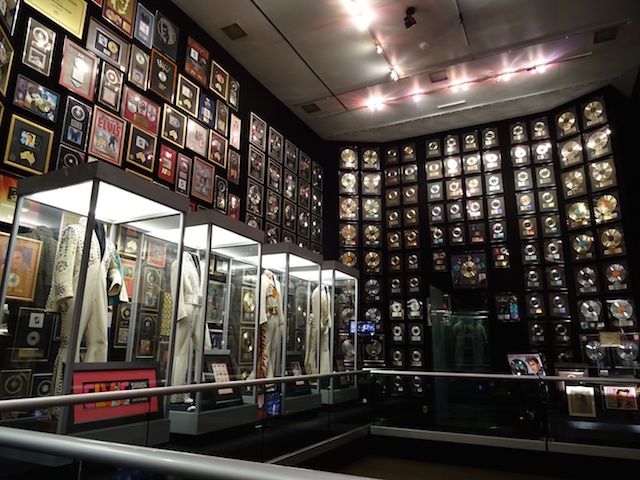 More of his records, achievements and some of his outfits. This was in the handball courts near where he died. There were many more rooms full of his outfits. 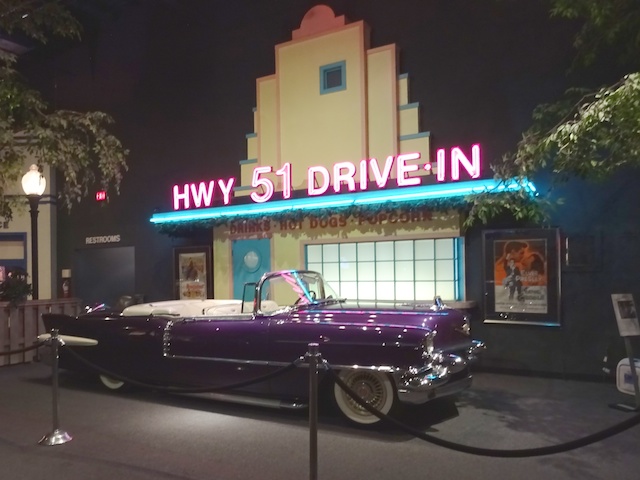 There was a whole building full of his cars. 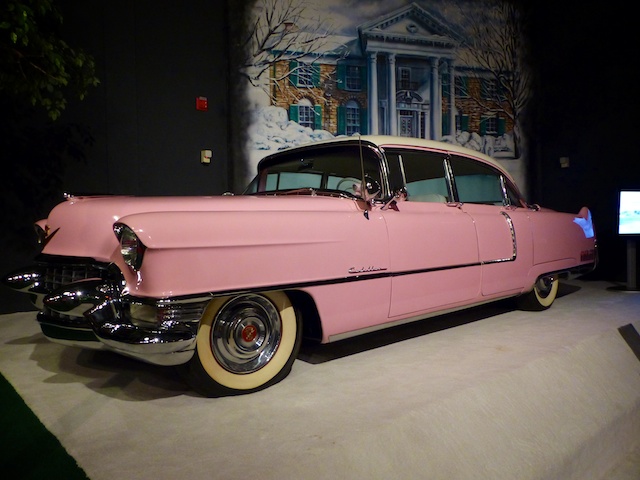 It was a very good tour but then we had to hope our battered old bus would be there to pick us up at the end of the day. It did turn up but not on time. However, we arrived back in town safely after another bumpy, rattling ride.
Posted by diane b