Even though I am not American, I remember the famous speech Martin Luther King made on the steps of the Lincoln Memorial in Washington DC on 28/08/1963. I have been lucky enough to visit Washington DC and I have stood on the marker where Dr King made his speech.

On our last trip to USA we visited the National Civil Rights Museum in Memphis, Tennessee. It is a fabulously, modern museum built around the Lorraine Motel where Martin Luther King was assassinated on 04/04/1968. The museum opened in 1991 and was renovated in 2014. It chronicles key episodes of the American Civil Rights Movement and the legacy of this movement. There are 33 different exhibits. They are shown in a variety of interactive media. You can't get bored and you can spend hours there.

The National Civil Rights Museum is a big two story building attached to the original Lorraine Motel which is seen on the right and below. 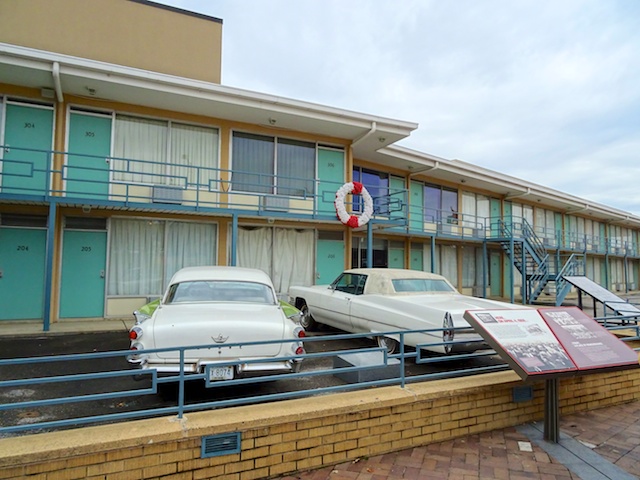 There is a wreath at the spot where Martin Luther King was shot. The cars are models of those times and the outside of the motel is unchanged. The rooms where King and his party were staying have also been left as they were. The rest houses exhibitions. 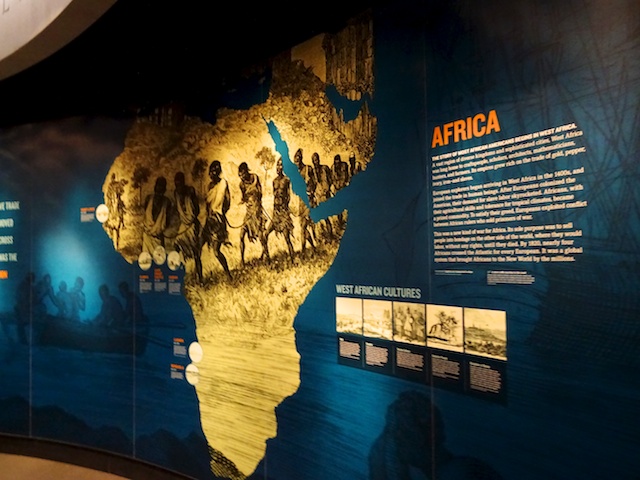 You can do a self guided tour. It starts at the beginning when slaves were taken from Africa. 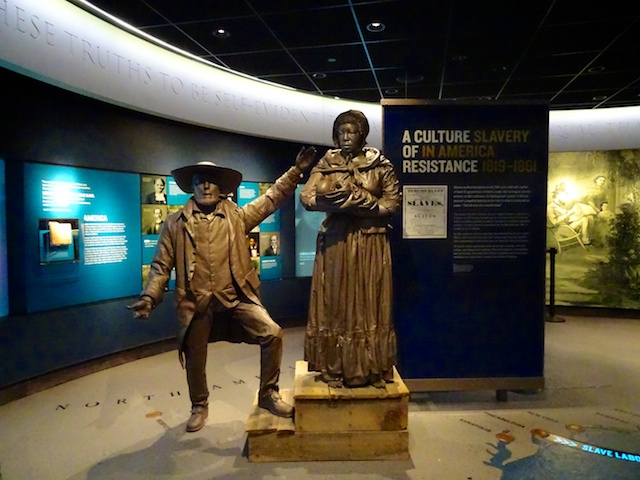 There are pictures, sculptures, floor maps and videos. This sculpture depicts a trader selling slaves. 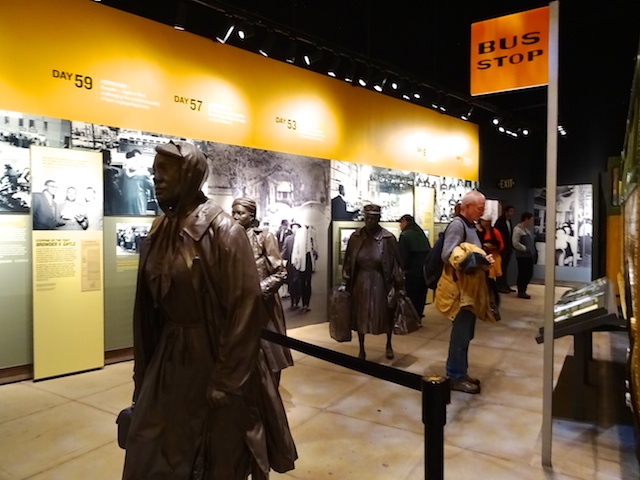 The fight for civil rights story continues on up to the present day. This area explained the incidents involved in getting the right to travel on any bus in any seat. Eradicating whites only areas.There were many life like sculptures of passengers. 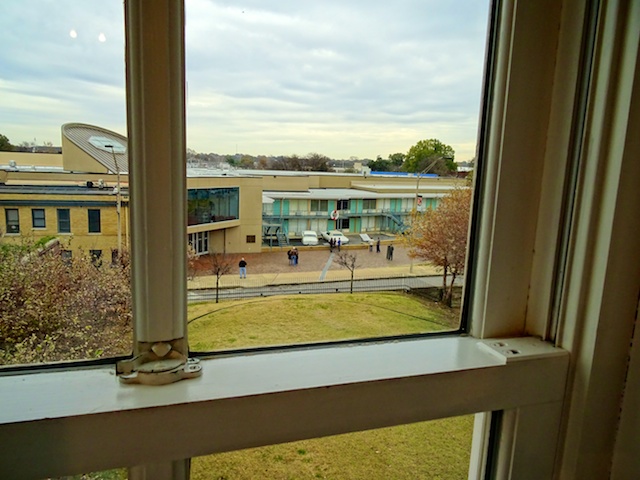 Across the road is the Legacy Building. There are three levels devoted to the assassination. The Main Street Rooming House was the building where James Earl Ray fired the fatal shot from a window in a bathroom next to this one. The bathroom is left as it was, filthy. 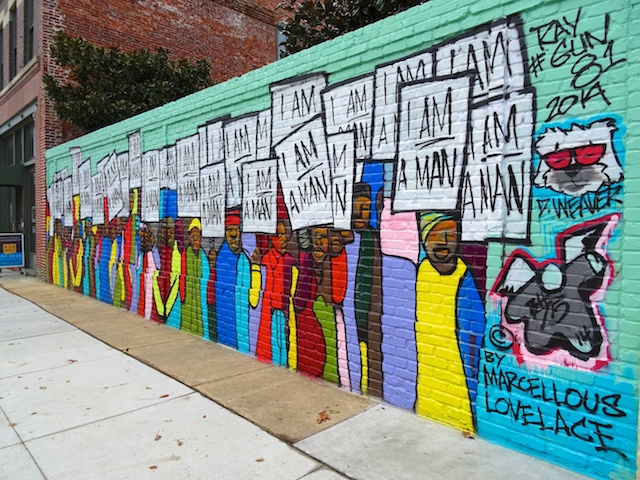 In the streets of Memphis there are still reminders of people declaring independence against oppression.