DARK DAYS OF THE SEVENTIES IN BRISBANE.

I guess every city has its street of medical specialists. In London I think it is Harley St, in Sydney its Macquarie St, I don't know what it is in NYC someone reading this might tell me. Anyhow in Brisbane it is Wickham Tce. Last week we went to visit TOH's physician for a check up and after TOH* was given the all okay prognoses we went for a walk around that part of the city with our cameras.

Wickham Tce climbs up a steep hill, on top there is an old windmill which I featured on my last post. Opposite the old mill is one of our oldest hotels, "The Tower Mill" and as commenter Colin pointed out it was the scene of nasty anti apartheid demonstrations back in the seventies when the South African Springboks football team were staying in this hotel.


The reason I say nasty is because we had, in my opinion an awful premier at the time.

The Springbok tour party were staying at the Tower Mill Motel on Brisbane’s Wickham Terrace. They were separated from the 400 protesters by a line of 500 quasi-military style police officers. The turnout was poor partly because of the police intimidation and partly because Brisbanites bought the official line that “sport and politics should not mix”. That this cliché was a fiction easily exposed did not matter – the media at the time did not expose it.
Bjelke-Petersen, then still an untested Premier, used the tour to try out anti-democratic practices he would become familiar with over the next 16 years. Eight days before the game, he declared a State of Emergency to secure the Exhibition Grounds for the game suspending civil liberties for a month in the process. The legislation gave police carte blanche for the operation that followed against the protesting students.
On the night of the riot, the numbers of students, aboriginals and academics outside the Mill was swollen by plain clothes police as agent provocateurs. With no warning, the line of uniformed police marched forward and ordered the protesters to clear the footpath. The demonstrators were forced to flee down the steep and pitch-dark hill into Wickham Park. The police follow attacking with fists, batons and boots as their plain-clothes colleagues join in. Some protesters jumped an eight-metre high embankment into the busy traffic of Albert Street below. Others were simply thrown over.


One of those students, Peter Beattie, eventually became our premier and cleaned up the state and allowed demonstrations. 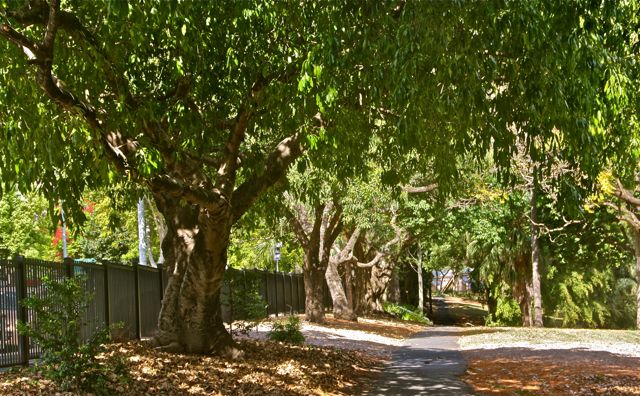 Wickham Park is a steep park dropping down to the lower part of the city. It is a clean cool place.

Unfortunately some people have made it their home. 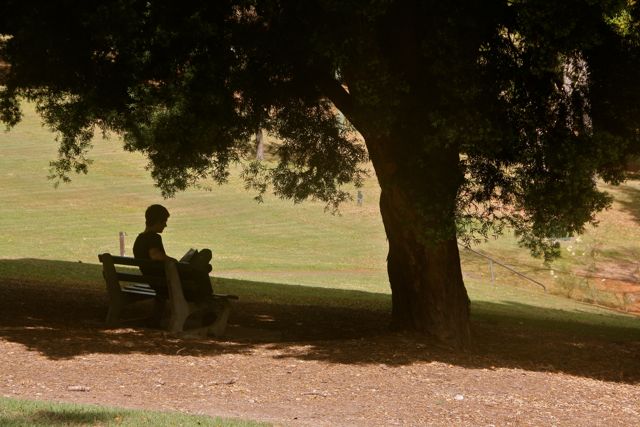 We have another new premier, Campbell Newman,who is axing thousands of jobs in the public service to try and get the state's finances out of the red. He has been likened to Joh Bjelke Petersen of the riots era. Heaven forbid.

*TOH (The Other Half)
Posted by diane b