Summer has arrived in Brisbane. Today we went to explore a Farmers Market that we haven't been to before. It is held in the nearby town of Beenleigh. When we arrived we saw hundreds of people flocking into the show grounds. We had to park a long way off but a good walk for TOH*. 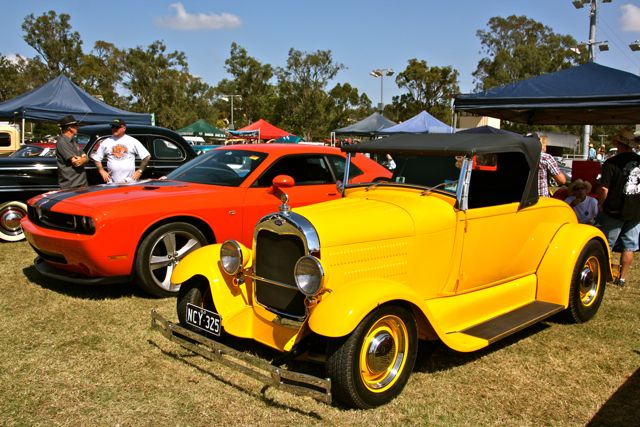 When we arrived at the grounds we saw a sign saying "No Market Today." Instead it was a car show. Secretly I think TOH was quite pleased. 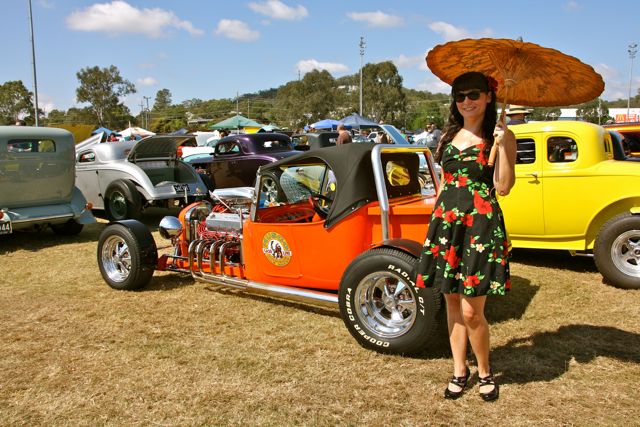 I took lots of photos of cars but then I noticed that some of the people were more interesting. I liked this matching dress and car. 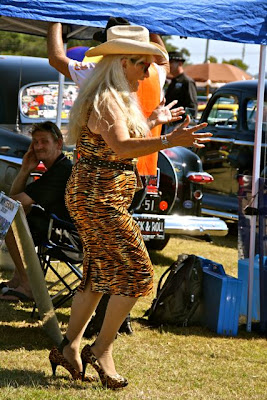 I was amused at the high heeled shoes tripping through the grass, which is almost dead due to the lack of rain over the last 3 months.

The lady on the right had leopard skin dress and shoes she also had a glittering handbag on the other arm. I just couldn't capture it as she ran off to greet someone. 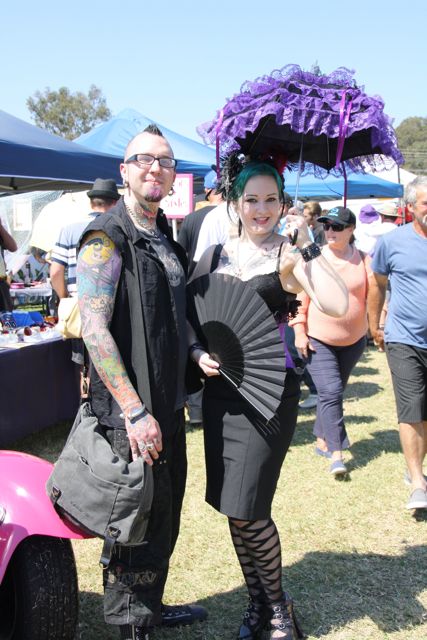 These two were happy to pose for me 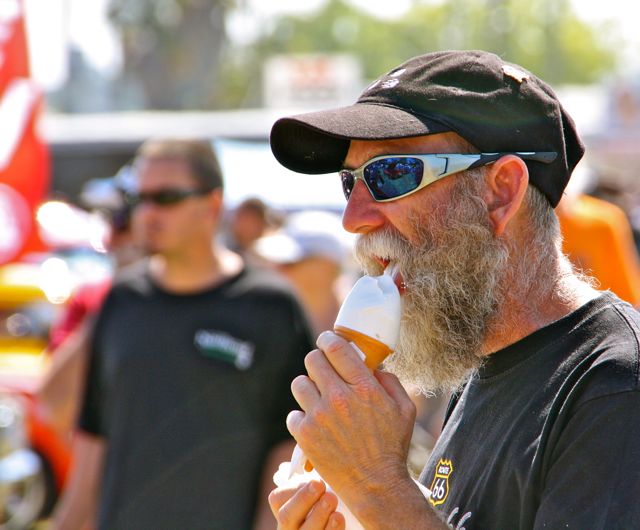 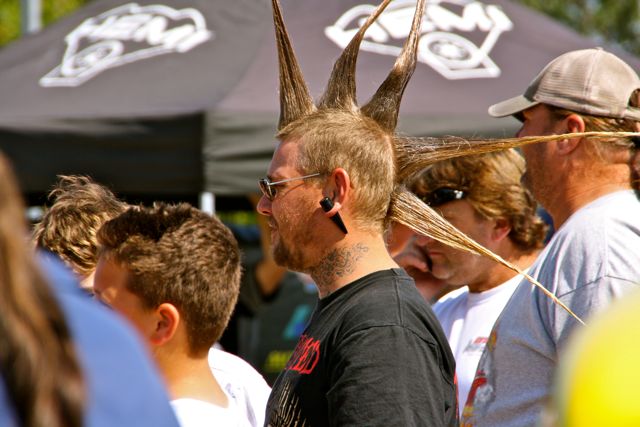 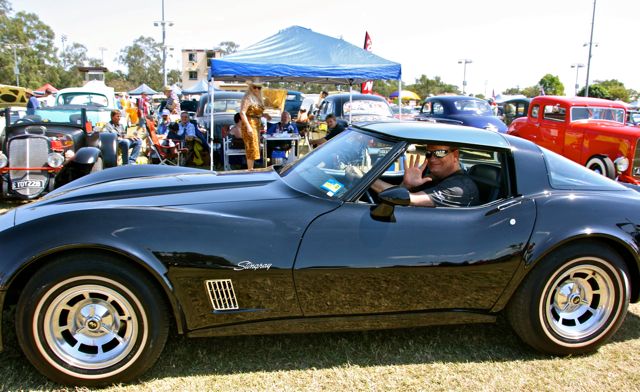 This guy was leaving  but happy to give me a wave. I wouldn't mind being beside him. 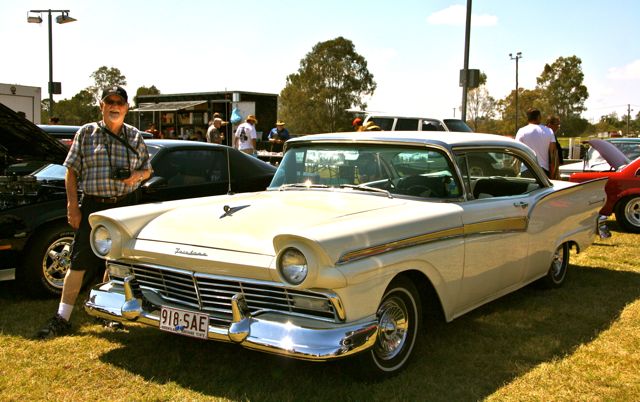 TOH found a Fairlane the same as he had as a young man in Switzerland. It was too big to angle park in his street. The police told him to move it. 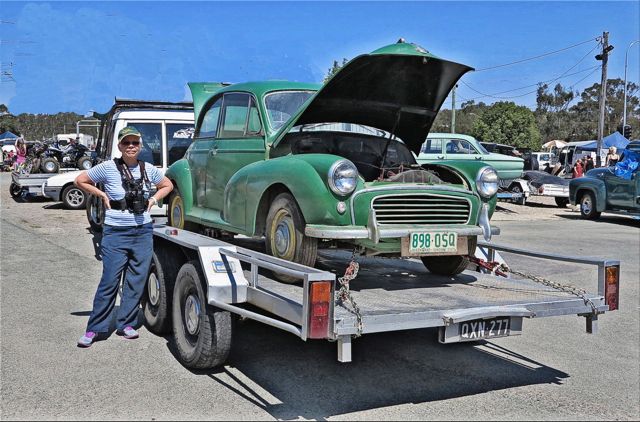 I found a Morris minor for sale. It is the same as our first, second car. We scraped together enough dollars for a car for me to go shopping after we had our first baby, who used to be put on the back seat in a basket.  No child restraints in those days.
(*TOH The Other Half )
Posted by diane b