We had travelled 600k west of Perth and reached the goldfields of  Kalgoorlie on the edge of the huge inland desert. 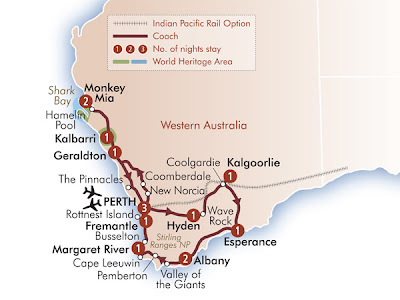 After Paddy Hannan found gold in 1893 and filed a claim another gold rush was on and Kalgoorlie came into being. Gold and nickel have been mined here ever since. The concentrated area of gold mines is known as the Golden Mile and is considered the richest square mile of earth on the planet. 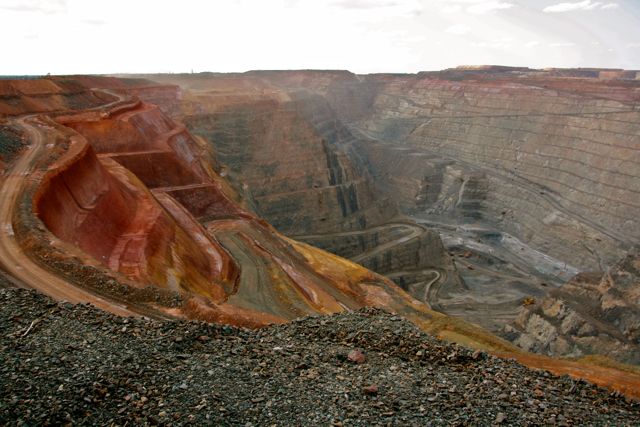 More recently a number of mining leases were bought and the Super Pit made. It is 3.6k long, 1.6k wide and 512m deep. Can you see the trucks way down at the bottom? 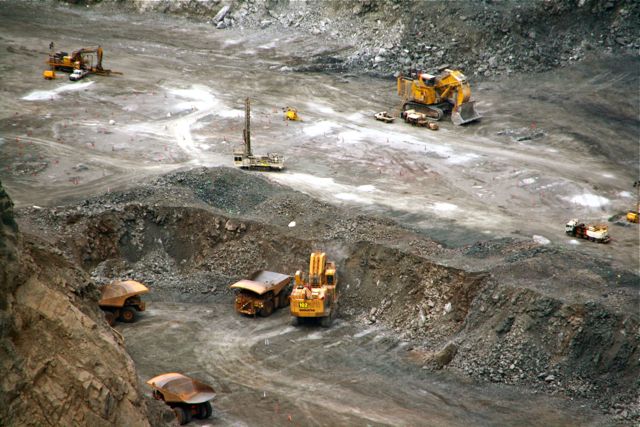 Work goes on 24 hrs a day, 7 days a week. I zoomed in to the bottom of the pit where the trucks look little but they are huge and carry 225 tons of rock. It takes 45 mins for the round trip to the top and back. 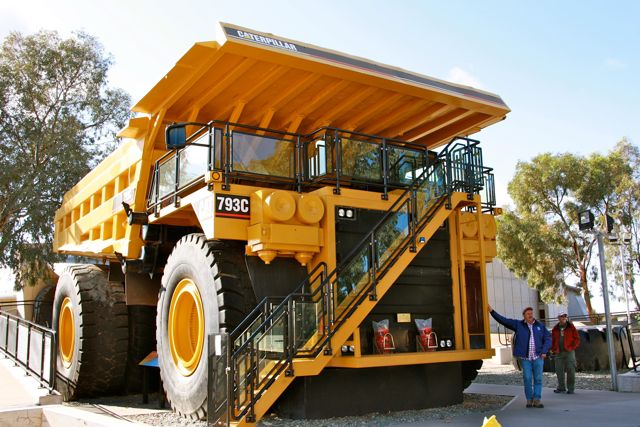 This is one huge truck. 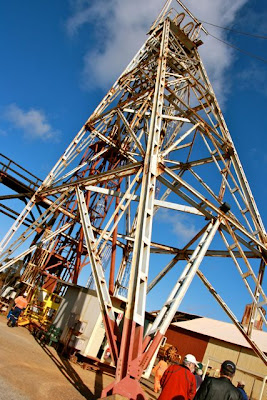 We were taken on a tour of an old mine. We donned hard hats and crammed into a small cage and descended into the bowels of the earth. 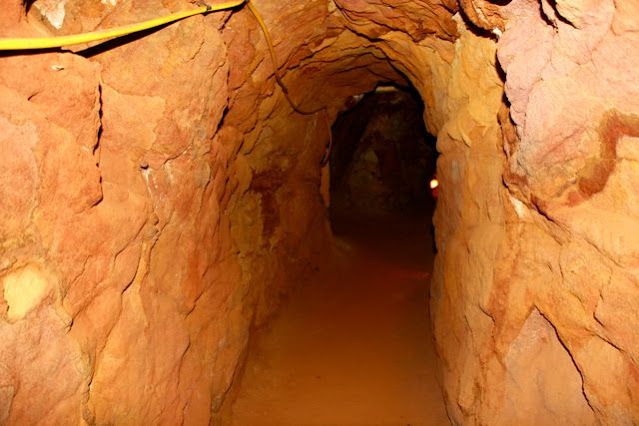 We only went to the third level down out of 32 levels. 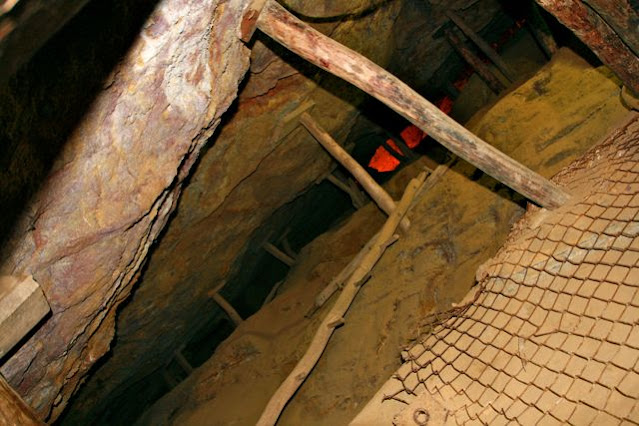 The miners squeezed into small crevices to follow the veins of gold ore. We saw their primitive tools and heard stories of many young deaths due to dust inhalation. 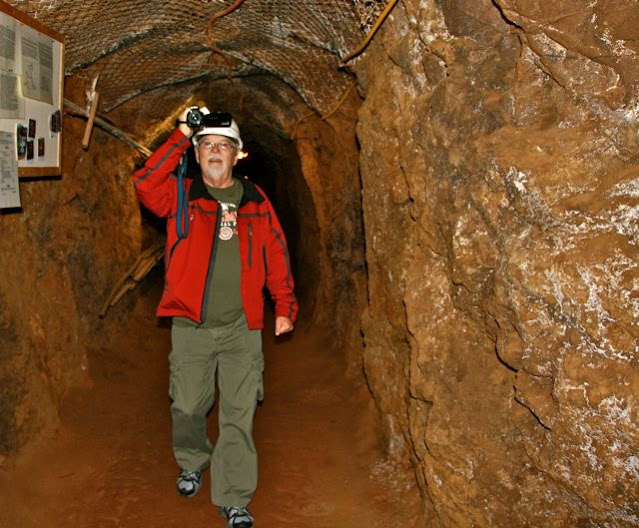 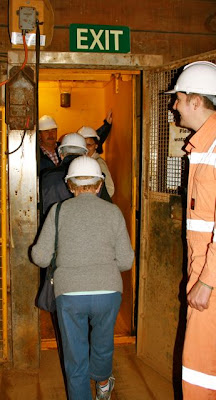 After a very informative tour and an eye opening lesson on how miners used to work, we squeezed into the cage which only holds 5 people and returned to the surface. 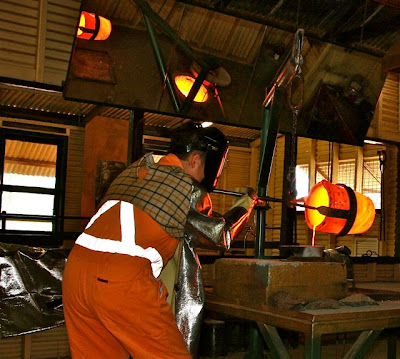 We were invited into the gold room where we were given a demonstration of how the ore is melted and poured into an ingot mould. Then it was passed around for us to hold.......... and wish we could take it home.
Posted by diane b