After York, we continued our tour of WA towards Hyden and Wave Rock. We drove through beautiful farmlands of grain and sheep. 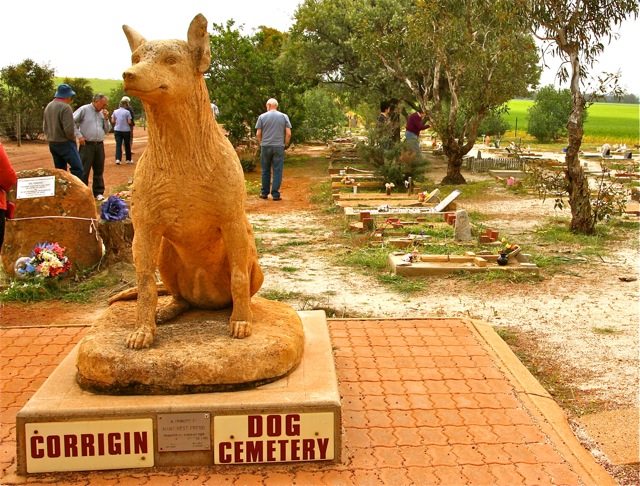 We stopped at Corrigan for lunch at the Hungry Dog Restaurant. This little outback country town has made a name for itself through the inhabitants' love of dogs. As you can see they have a dog cemetery. They also have a "Dog in a Ute" festival, where they try to break the world record for having the most utes with a dog, in a parade. ('Ute' is the name Aussies call an utility truck which is like a small 'pick up') 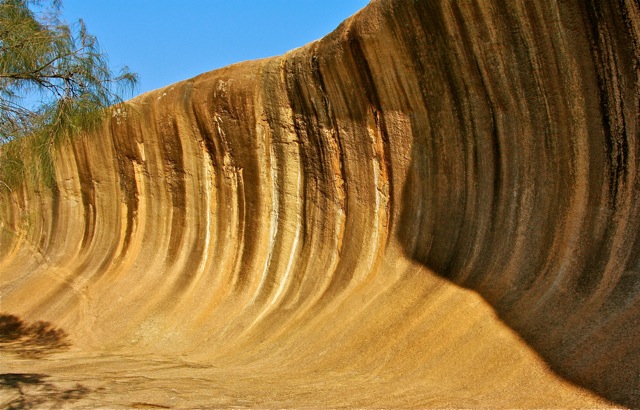 After Corrigin, we drove on to Hyden, another small country township, which is famous for it's Wave Rock. It is a granite cliff shaped like a wave caused by weathering and water erosion, which has undercut the base and left a rounded overhang. Water from springs dissolve minerals adding to the colouring of the wave. Crystals from the rock were dated as being 2700 million years old. 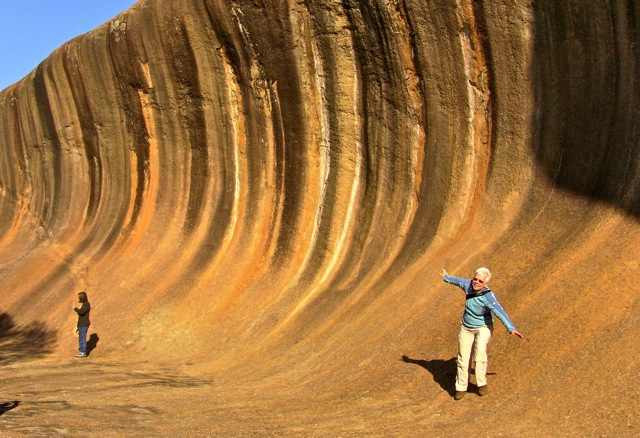 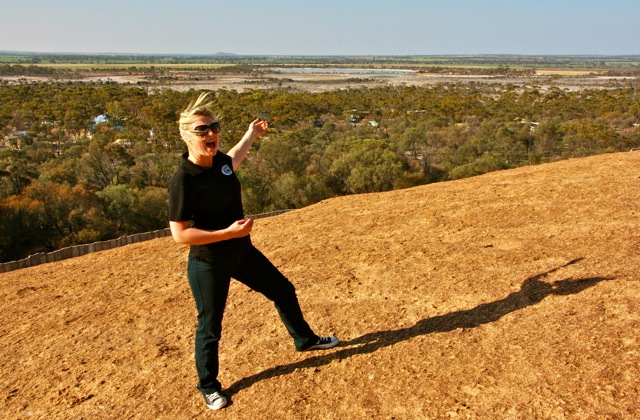 A group of us climbed to the top of the rock with a local guide. We could see farmlands and salty lakes. 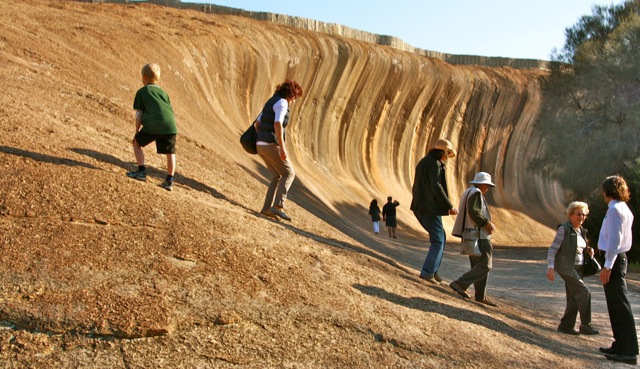 Then it was a steep climb down. Luckily the rock had a rough texture and we could easily walk without slipping.

Then we did a short bush walk to Hippo's Yawn passing some lovely wild flowers.


(NB: I am not an expert on names of flowers, the opposite in fact, however I am trying to identify the photos with a small book I bought on WA wild flowers. It is highly likely that I will get some wrong.)