After lunch at Southern Cross we boarded the tour bus and continued travelling inland for many kilometres until we arrived at Coolgardie, an old gold mining town in WA.
In 1892 Arthur Bayley rode into Southern Cross and deposited  554 ounces of gold that he had found at Fly Flat, which became part of Coolgardie. Within hours the frenzied rush to Coolgardie began with the greatest movement of people in Australia's history.

The living conditions back then were brutal, with inadequate housing, food, medical supplies and water became more precious than gold. despite this it became a large town. The mine closed in 1963. 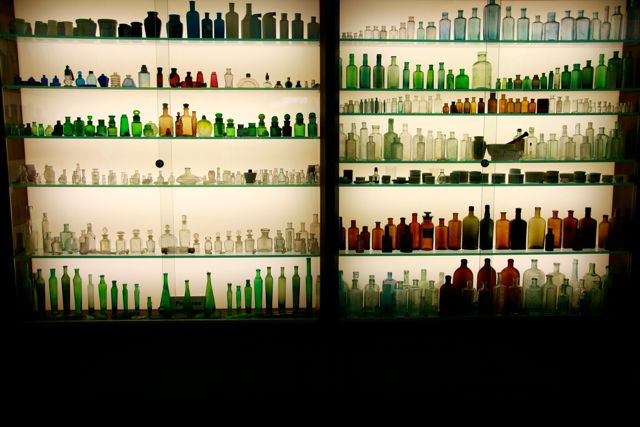 Today Coolgardie is a historical tourist town. We enjoyed a visit to the museum, where I was fascinated with the huge collection of old bottles. This is only a small section, there were three long walls full of them.

A beautiful old house built in 1895 of local stone by the Bunning brothers who's hardware company is today one of Australia's largest retailers. The house was for the Mining Warden and Magistrate, John Finnerty. We didn't get chance to walk through, unfortunately. 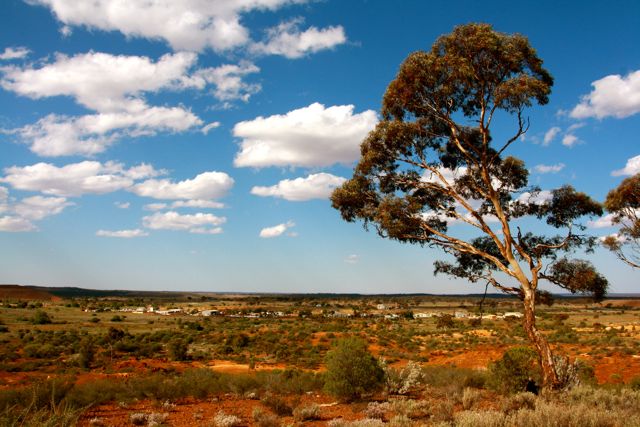 Then we were on our way again towards Kalgoorlie, but first we stopped at a lookout to see over the town of Coolgardie and the miles of flat desert in the distance. 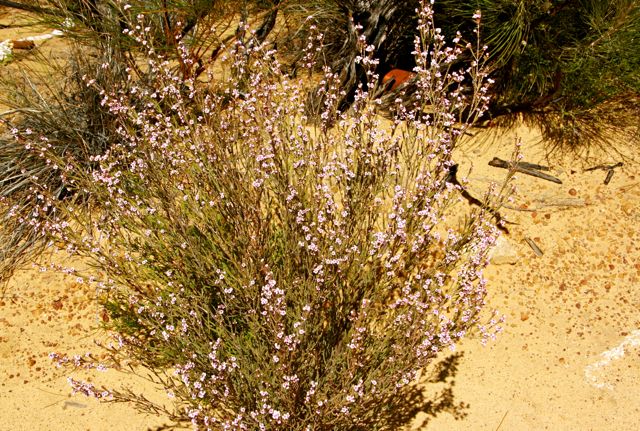 There were many more wild flowers to see on the way. 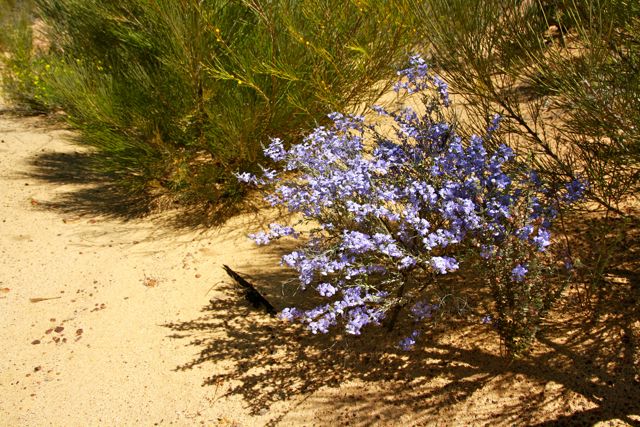