Our hearts go out to the poor people of Christchurch, New Zealand, who have experienced the worst damage from an earthquake ever. It was such a beautiful city, now a pile of rubble. There are 98 dead and 200 missing. Searchers are still looking for survivors 3 days later. Many have been dragged out with amazing stories of survival. However, there are too many tales of heart ache. 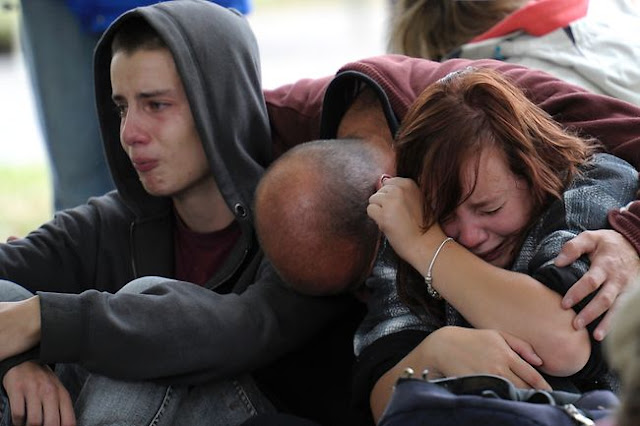 These teenage children have just been told that their mother would not have survived the destroyed CTV building, where she worked as an announcer. The building had gas explosions and fire. 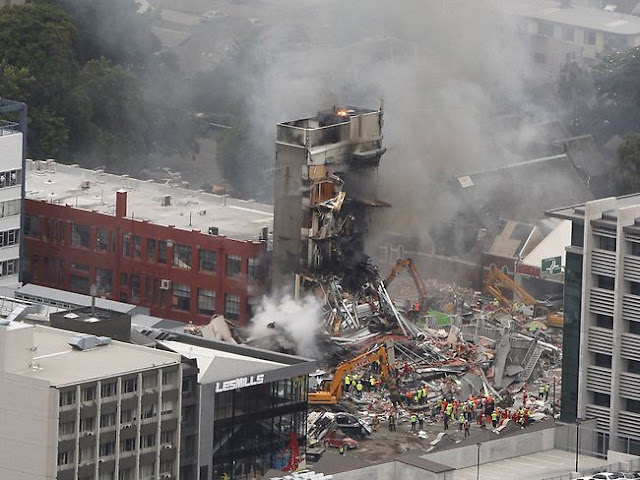 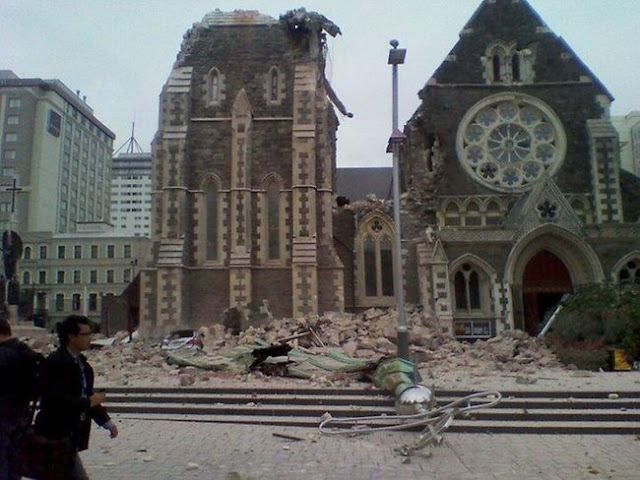 The iconic old cathedral lost its steeple and sustained awful damage. Many people were killed inside.
(photos from Courier Mail site)
Floods, Cyclone Yasi, bushfires in WA and now an Earthquake in neighbouring NZ. What's next, down under?
Posted by diane b