We belong to a group of friends who celebrate their birthdays together with Birthday Bear. To understand the Birthday Bear tradition read here. Next Sunday is Bill's Birthday but we celebrated a few days early because Chris and Bob who left our group to travel around Australia blew into town after cyclone Yasi drove them out of Townsville. They hitched up their caravan and headed south. They are here for a few days before moving on.

Birthday Bear is dressed in a Swiss outfit and playing the Alphorn, with two trumpets at his feet. Funny that. Bill is Swiss and has an Alphorn, and he played the trumpet.


Bill was happy to see his Swiss Bear especially with a bag of Swiss Chocolates, that he brought for all of us since it was Valentines Day too. 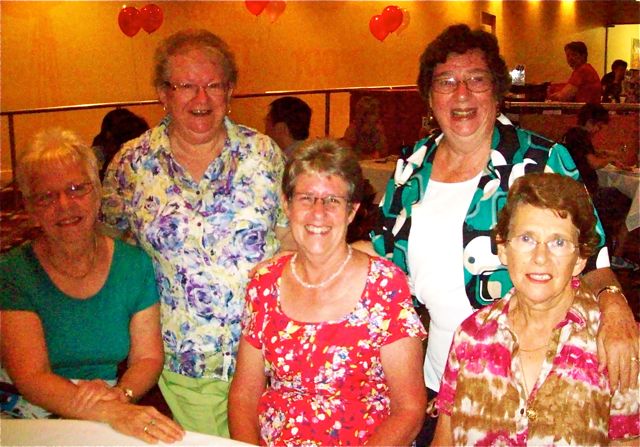 We girls, who all worked at the same school for years, were pleased to see Chris again. (middle front) 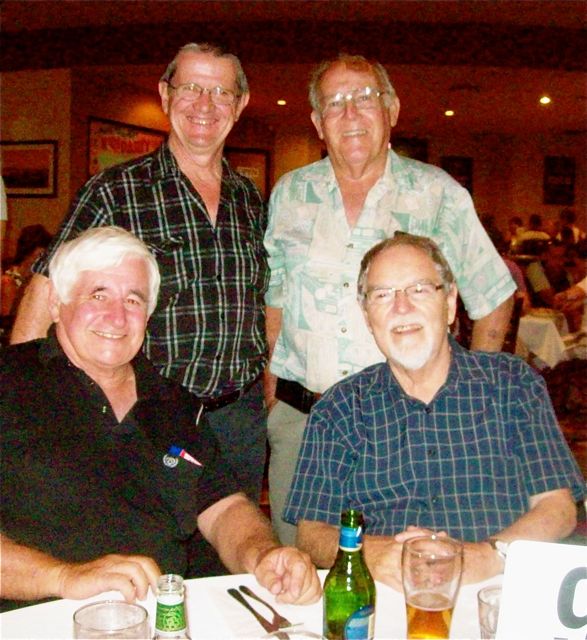 The boys have all become good friends over the years too and they were pleased to see Bob again.(front left) 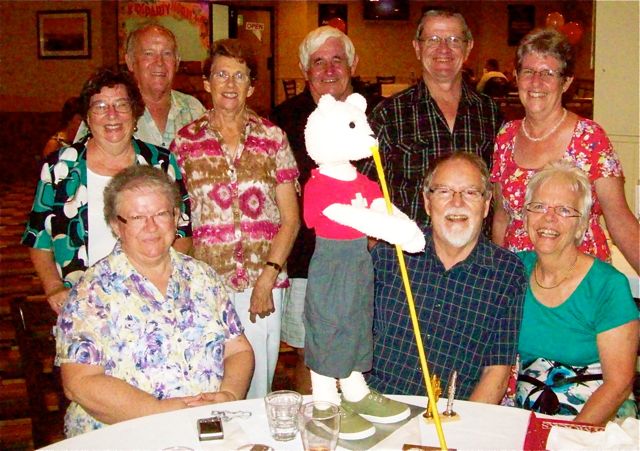 We all had dinner at Sunnybank Hotel. Where many others were celebrating Valentines day.

After dinner, bear gave me a nuzzle as I carried him to our car because Bill was too shy to be seen carrying a teddy bear. Thanks to Ann for dressing Birthday Bear this time.
Posted by diane b