At this time of the year our tennis club have a day out including lunch to celebrate  Christmas and the end of the tennis season until February. Our co-ordinator, Judy organised us lunch at Redcliffe, a northern suburb on the banks of Moreton Bay. We went by public transport just for fun and so we could chatter together. We had to catch two trains and a bus. It included the brand new train line to Redcliffe Peninsula. It took two hours but we didn't notice it with so many friends to chat to.

We arrived a little early for lunch so after a coffee we went for a stroll around the bay and out onto the jetty. 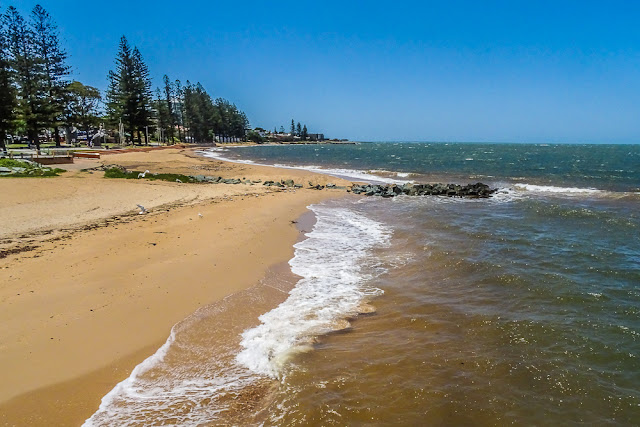 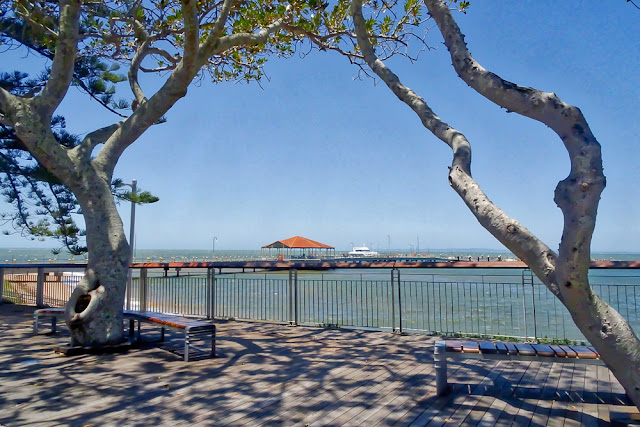 We also took a walk down Bee Gee Lane. It is a tribute to the Bee Gees Band. The Redcliffe community are very proud of the fact that the Bee Gees grew up in Redcliffe after migrating from England as children. It is where they first started their recording career. Recently, Barry Gib came to Redcliffe to advise on the statues, photos and stories and he also opened the Lane when it was complete 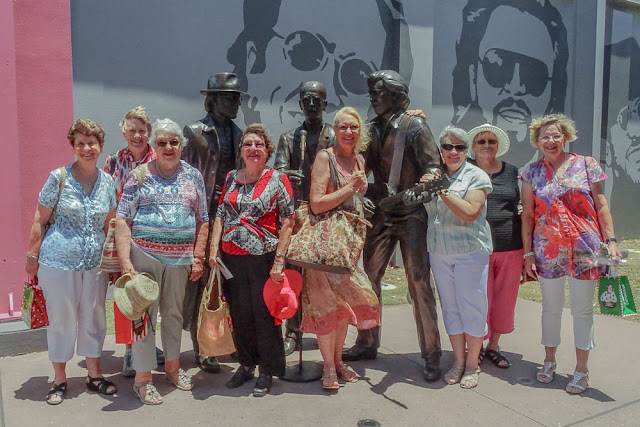 The tennis ladies and the Bee Gees. You can see that there was a strong breeze blowing off the bay. At least it kept us cool. We are heading for a heatwave over the weekend. 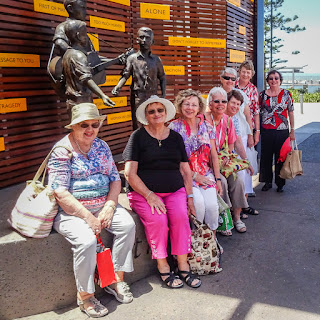 This is another statue of the boys when they were young, like they were when they lived here. I remember seeing them perform on the Gold Coast in 1963.The tennis ladies got sick of posing for me but kept up their humour and smiles. 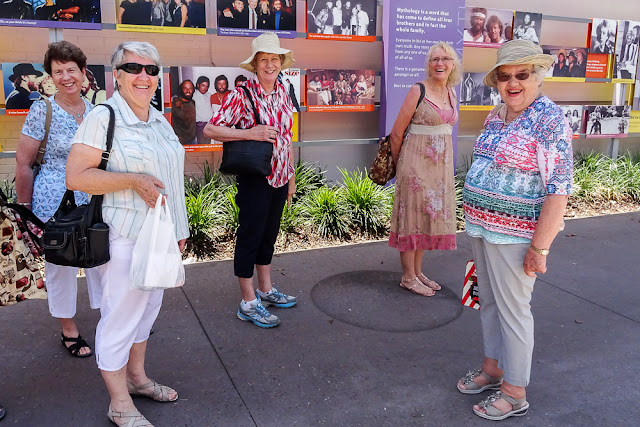 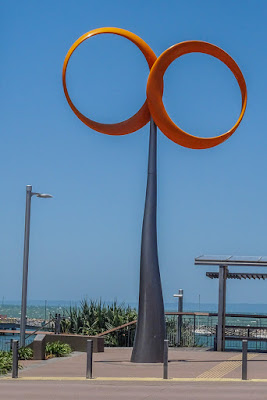 So then I tried candid and caught them all laughing. You  can see in the background how the lane wall is full of photos and stories of their career. There is also a huge TV screen where their shows are playing as well as interviews with Barry. So while you stroll down the lane you can sing along with their music. I tried to make a little short 40sec video of this. It also includes an interesting sculpture at the end of the lane that rotates in the wind. It is mesmerising.The sculpture is called OPTO by Phill Price in 2011.

Then it was time for lunch at Preecs's Restaurant, The food and service was good. We were on the footpath in the shade with a great view of the bay. The wine went down well. 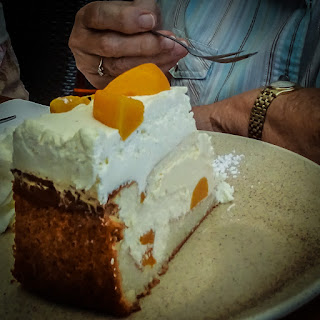 Some ladies indulged in desserts. They looked delicious but I abstained.
Posted by diane b