I was employed by Queensland Education after waiting for three months for a vacancy. I started work at Mt Gravatt State School as a relief teacher at first but later I was sent to Mansfield State School as a classroom teacher for Years Two and Three composite class.

We were keen to build a house on our block of land, so every weekend we went looking at display homes. Finally, we decided on a three bedroom boomerang shaped house. It was all a bit scary signing up for a mortgage but we were young, strong and healthy so we took the plunge. 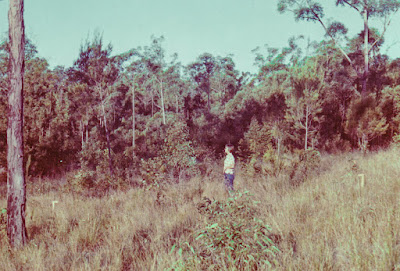 The pegs mark where the house will go 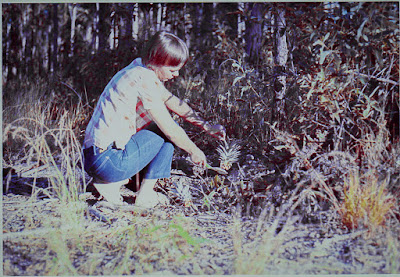 I heard that you could grow pineapples from their tops so I planted some on the block before the house was started. 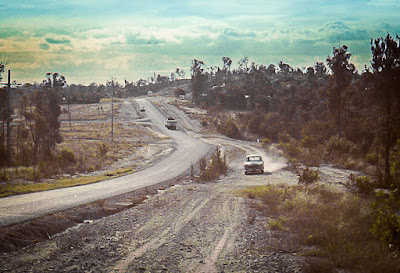 Soon it was the day for the bulldozer to carve out a flat space for the house. Bill drives in front of the truck carrying the dozer along Springwood Rd. We didn't have a drive way so we used the neighbours. 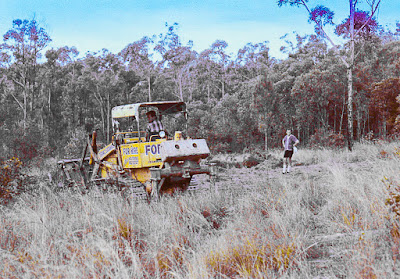 Bill shows the dozer driver where the house should go. 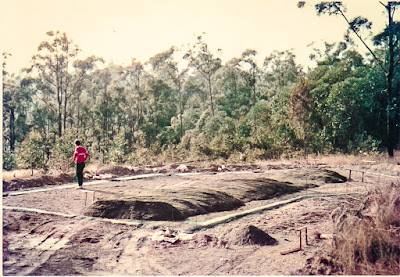 Not long after the foundations were laid. 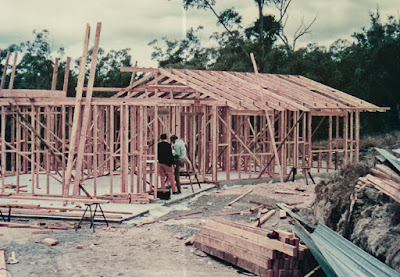 The frame goes up and we are getting excited to see our first home taking shape. 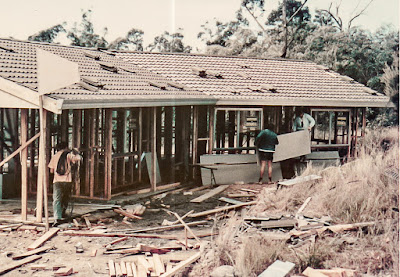 Bill is installing the electricity cables himself, as he was a qualified electrician. This saved us a some money. 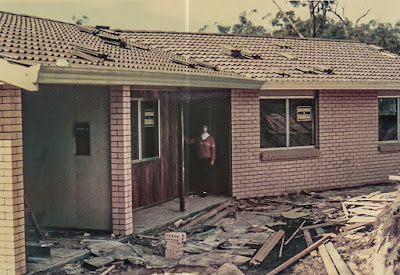 Almost finished. It was winter by now and we were looking forward to moving in by September.

Email ThisBlogThis!Share to TwitterShare to FacebookShare to Pinterest
Labels: 1971, My Story, Springwood QLD