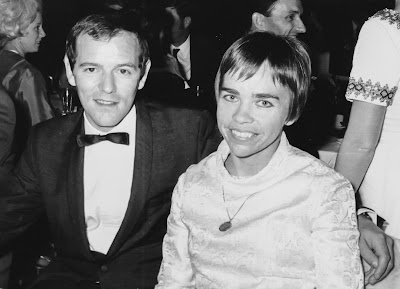 In June we attended the Carrier Air Conditioning Ball. 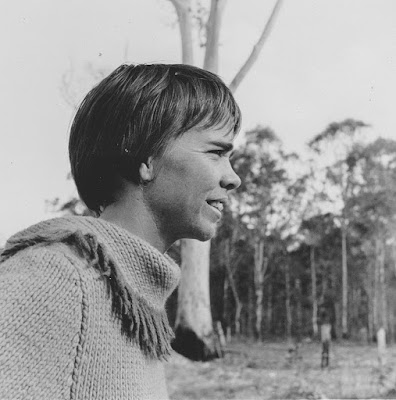 It took some time getting used to having seasons again after living in Papua/New Guinea for seven years and never having a winter just hot and wet or hot and dry. Even though Brisbane has mild winters, I found it cold . My mum knitted me a jumper (sweater). 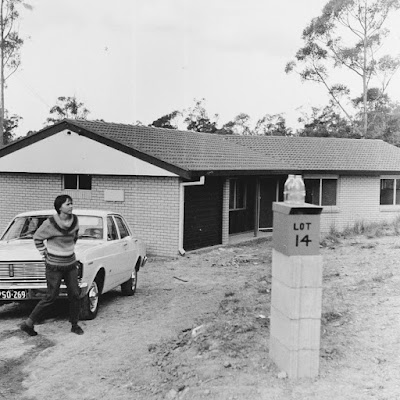 In September it was Spring but I still found it cool. However, we were very excited because we could move in to our house even though we didn't have a driveway or landscaping. We were going to do that ourselves to save money. On the first day our furniture from the flat hadn't arrived so we slept on the floor in sleeping bags. Springwood was so new that it didn't have a post office or shops. So our address was Lot 14 Springwood Rd, Eight Mile Plains, which was the next suburb. Springwood wasn't a recognised suburb yet. Springwood was actually the name of the estate which was being developed across the road from our place. Our address was to change three times while we in the same house because of all the development going on in that area. 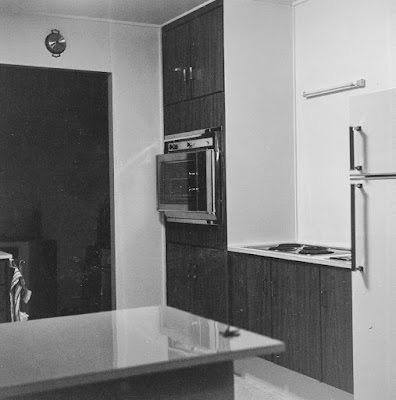 We were very happy with our brand new home. It was only a small three bedroom, one bathroom house but it was big enough for us. However, it was on an acre of land and that was a lot of land to look after. We left most of it as natural bushland. 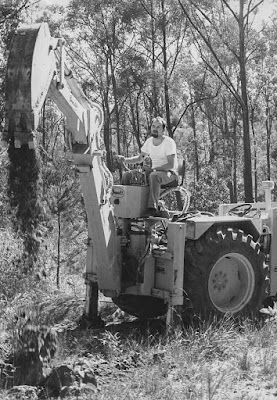 Because we were in a new suburb but not in an estate, we didn't have town sewerage and we had to have a septic tank toilet. When it was installed, Bill wasn't happy with the length of the outlet drain and he wanted to make it longer. Lucky for him, his friend Ben, borrowed a back hoe from his boss and the pair of them dug a decent sized drain. I think Bill enjoyed operating the back hoe. Boy stuff.

Email ThisBlogThis!Share to TwitterShare to FacebookShare to Pinterest
Labels: 1971, My Story, Springwood 1971