During the weekend we spent in the Blue Mountains our young ones took us to the Everglades Garden to see the autumn leaves, which we don't see at home.
In 1932, Belgian born Henri Van de Velda bought a section of bush in Leura overlooking the mountains. He employed the Danish born landscaper, Paul Sorensen to create a garden for his proposed weekender. Over four years he created a terraced paradise uniting romantic European style with the raw magic of the Australian bush. Sorensen worked on the Everglades until Van de Velda's death in 1947. The National Trust take care of it now. 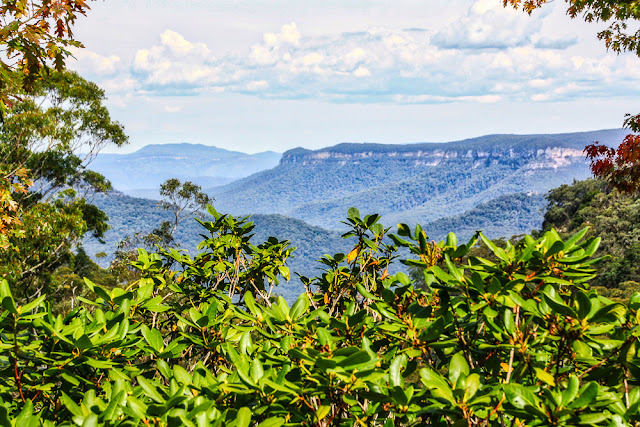 There are thirteen acres of gardens with stunning views. 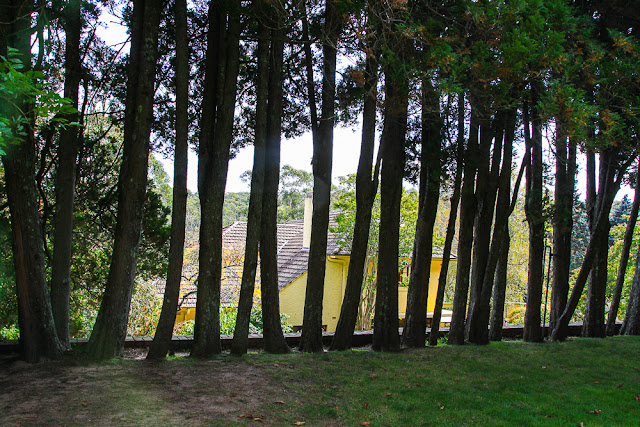 Van de Velda's weekend house was a mini mansion. It had a coffee shop inside. 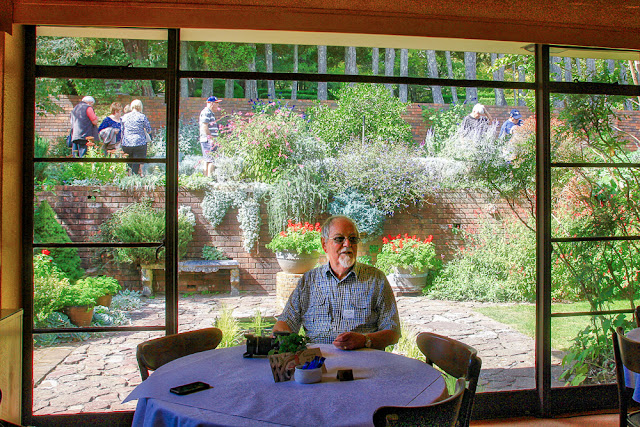 Guess who found it? The views of the gardens from every room were beautiful. 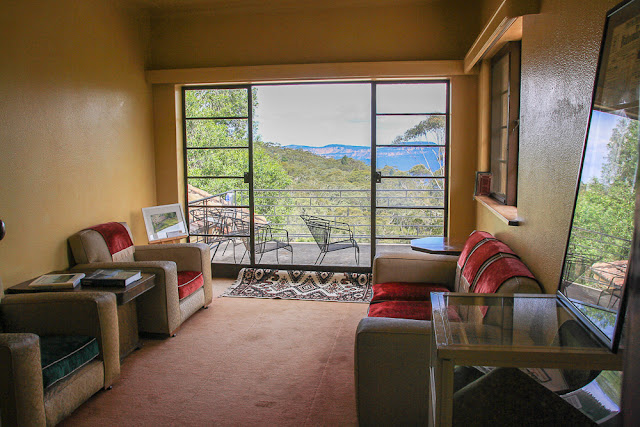 The house was in the Art Deco style.

The view from the above window. 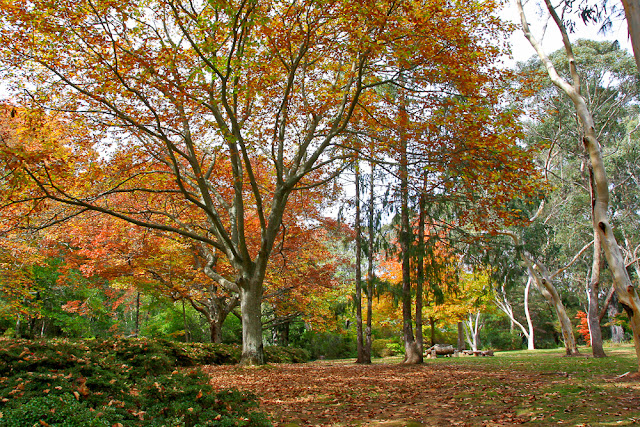 We descended from the terrace gardens into the glades. At last I was surrounded by the most beautiful display of autumn leaves. 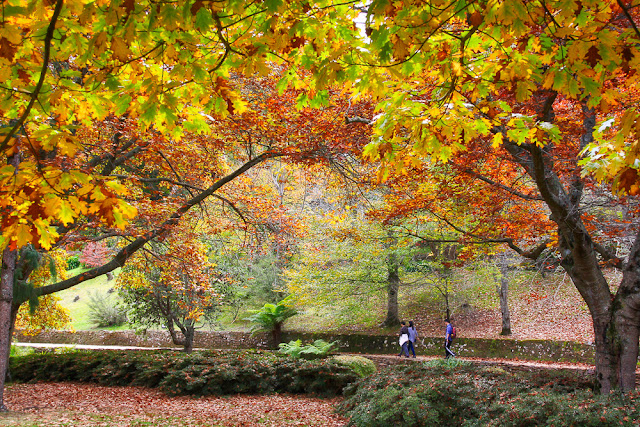 This is my favourite photo. 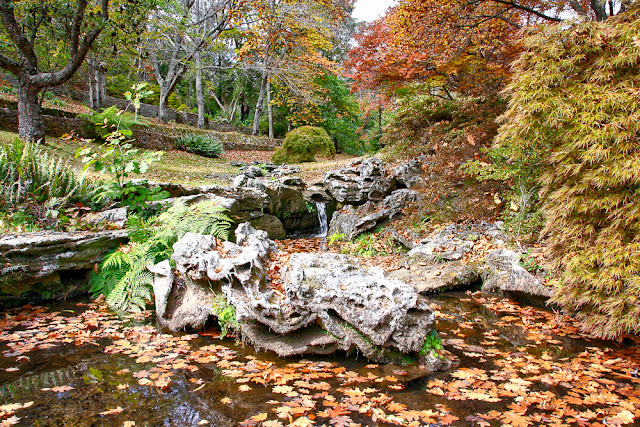 There was a little stream and waterfall running through the glades. 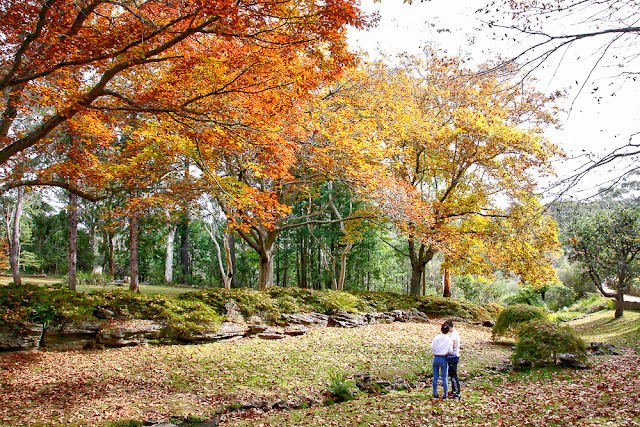 Waited forever for the tourists to move but they didn't so they are included as a point of interest. 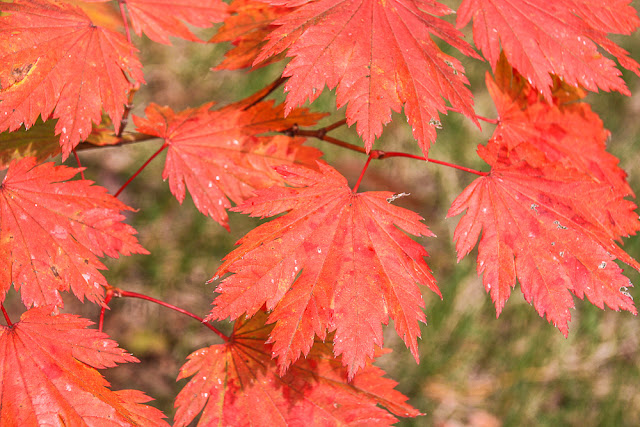 As you can see I couldn't get enough of the coloured leaves. 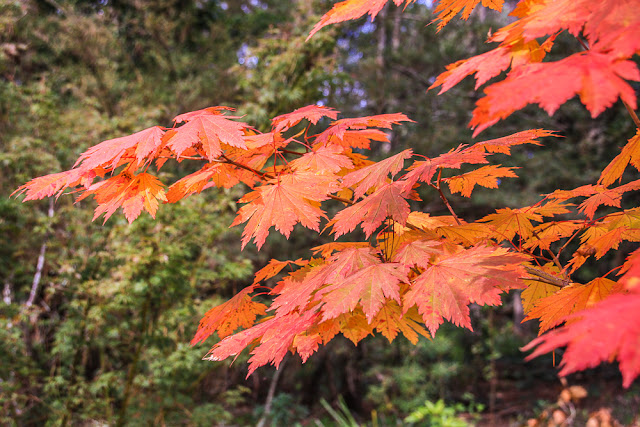 We must do this again next year maybe in Spring too.
Posted by diane b