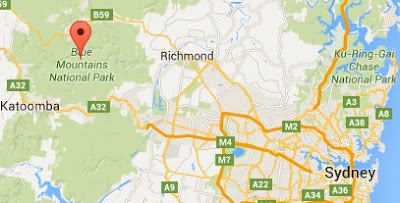 The Blue Mountains is a rugged region west of Sydney in Australia’s New South Wales. Known for dramatic scenery, it encompasses steep cliffs, eucalyptus forests, waterfalls and villages dotted with guesthouses, galleries and gardens. Katoomba, a major town in the area, borders Blue Mountains National Park and its bushwalking trails.
It is believed the mountains have a blue tinge when viewed from a distance because of "mia scatterings" in the atmosphere which in turn is caused by a large amount of volatile terpenoids emitted by the large amount of Eucalyptus trees in the area. 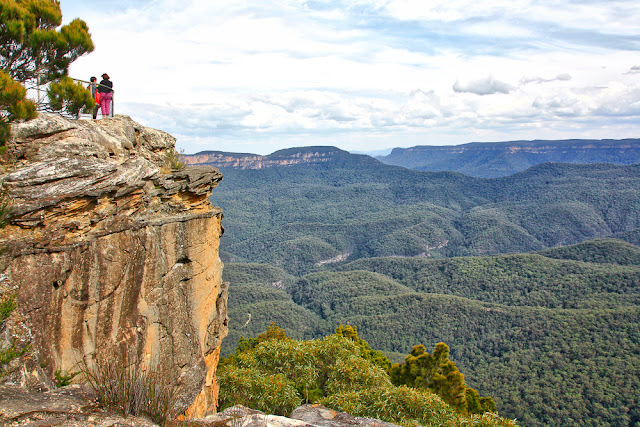 There are numerous lookouts which can be reached by car and many more on the walking trails. This  is Sublime Point Lookout. 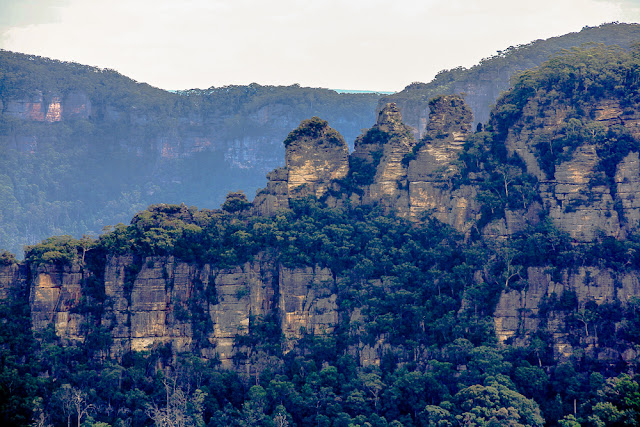 We could see the famous "Three Sisters" from Sublime Point but they are usually viewed from the other side at Echo Point Lookout. We couldn't find a car park there as it was so crowded. 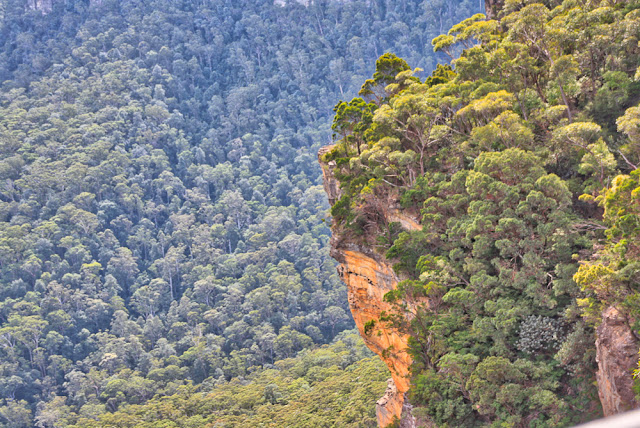 The Blue Mountains are part of the Great Dividing Range. They are made up of a series of ravines and ridges which made it very difficult for early explorers to cross the mountains. Officially the first Europeans to cross were Blaxland, Wentorth and Lawson in 1813. Before that, the aborigines found two routes across. In 1980 letters were found to suggest that John Wilson, a freed convict, who lived with the aborigines crossed the mountains in 1795. It is believed that this fact was suppressed at the time so that the convicts wouldn't try to escape from Sydney over the mountains. 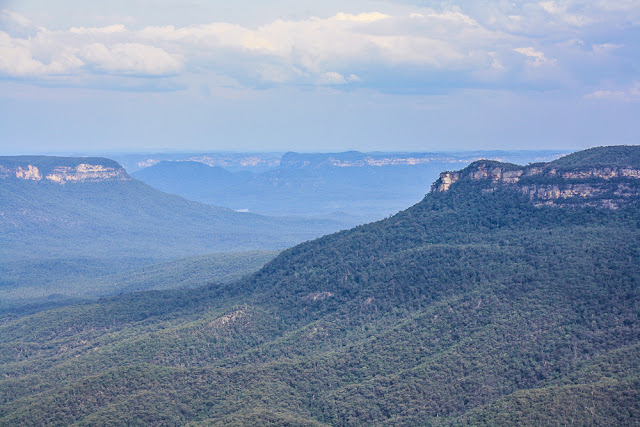 The mountains are not very high with the highest point just over 1,000m/3000ft 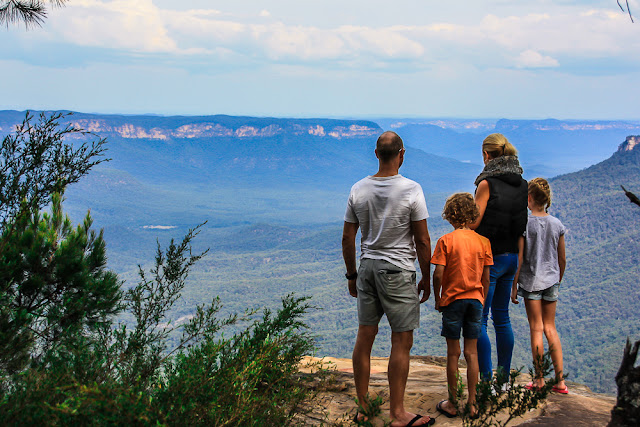 It is great to see families enjoying the outdoors. 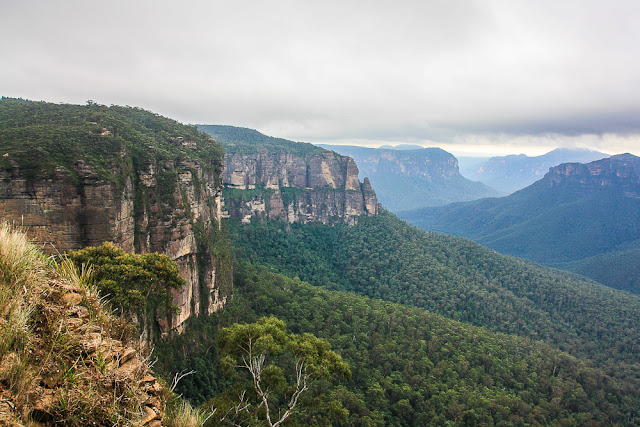 The next day we went to Blackheath, one of the townships, in the mountains. The weather was overcast but we did visit Govett's Leap Lookout. 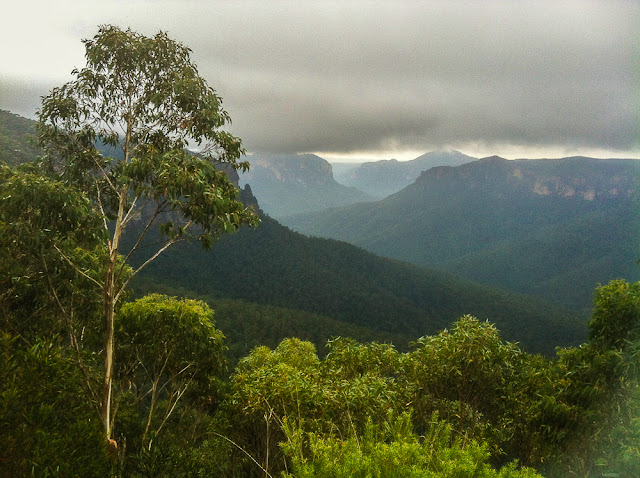 Even in the misty rain, the views were stunning. 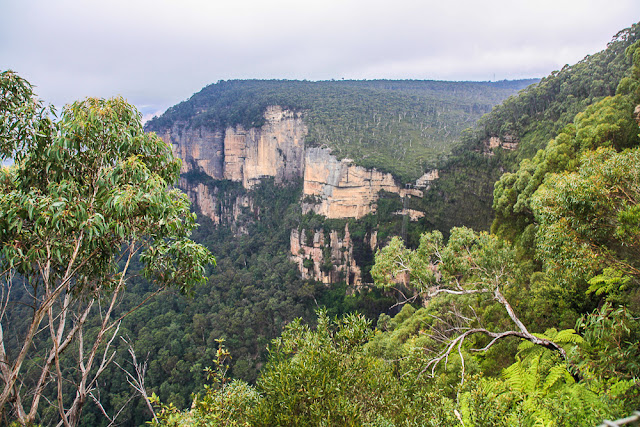 Carol and David pointed out the trail that they have hiked and a waterfall. 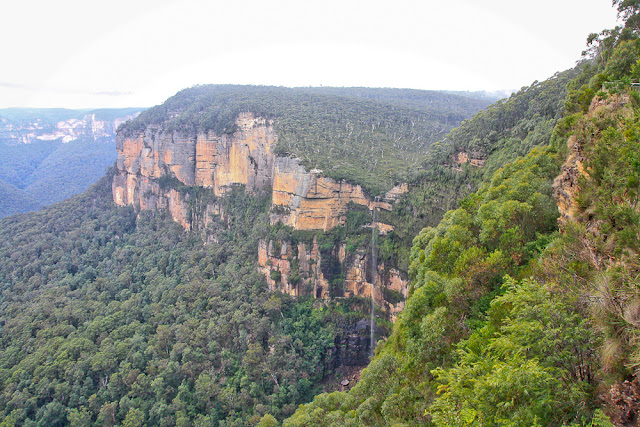 Maybe you can see the waterfall in this shot.

The rain increased so we found a super coffee shop inside an antique emporium. 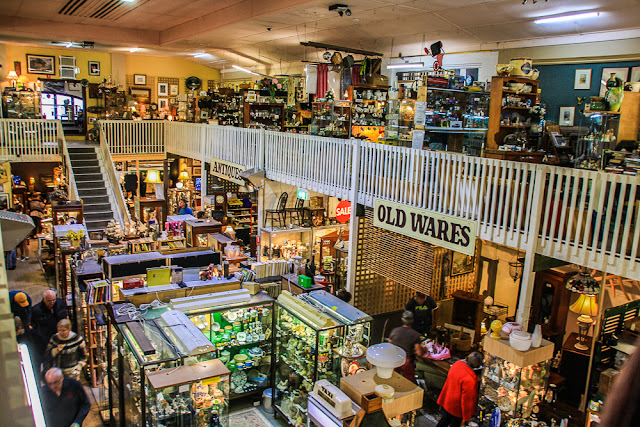 Then it was time for our young ones to drive us back to the airport to fly home to Brisbane. What a great weekend!
Posted by diane b

Email ThisBlogThis!Share to TwitterShare to FacebookShare to Pinterest
Labels: The Blue Mountains 2016