When we left Larnach Castle we drove along the high ridges in the centre of the peninsula into the town of Dunedin. The views of the ocean on one side and the harbour on the other were spectacular. 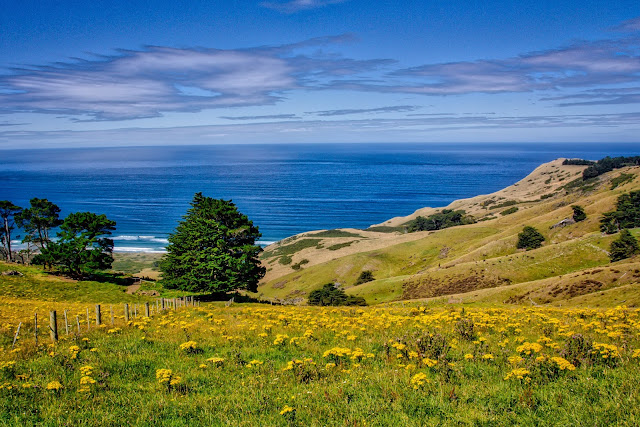 The Dunedin Railway station is a beautiful building and hard to get it all into the camera frame. 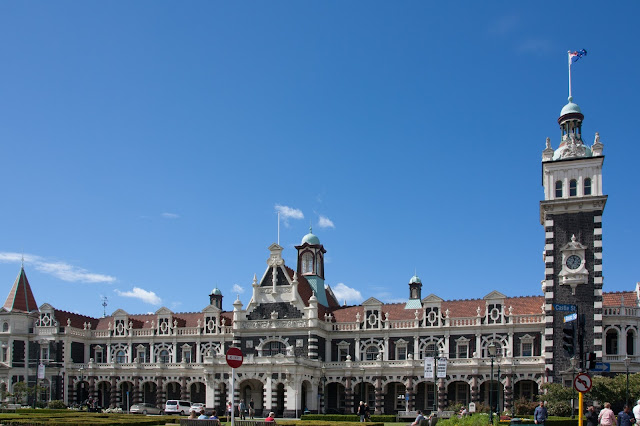 Just squeezed it all in. It was designed by George Troup in the Renaissance Revival Architecture. 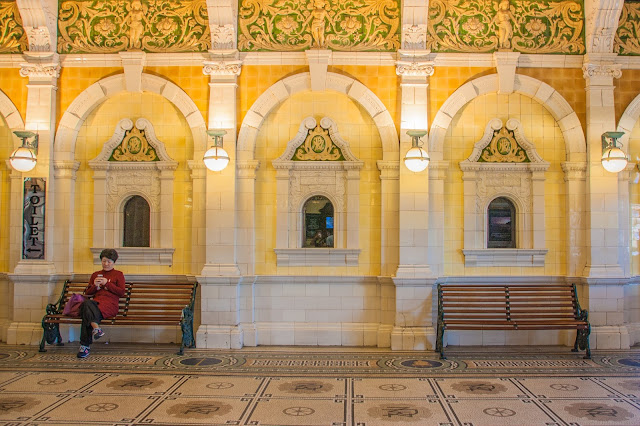 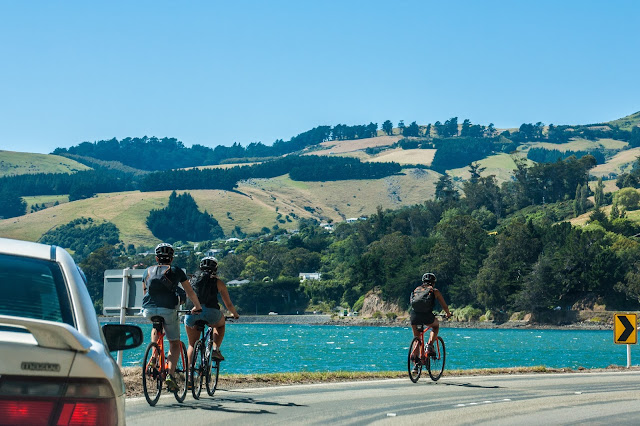 In the afternoon we drove around the edge of the peninsular to the heads at Harington Point. The road was not for the faint hearted. It runs around bend after bend at water level without any safety barriers. It is two ways and there are very few places wide enough to overtake or turn around. Bill said, "Take a photo." I said, "I can't I'm hanging on with white knuckles." But somehow I managed. The scenery was lovely though. 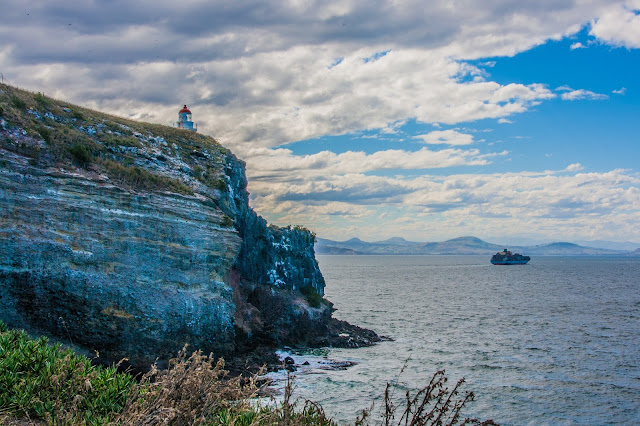 At the tip of the peninsula there is 'The Royal Albatross Centre". Where you can pay lots and wait lots for a guided tour. However, we opted to walk on the public board walks and observation decks for free. This is the only place in the world that Albatross roost on a mainland. We were lucky to see quite a lot coming into land on top of the cliff above. 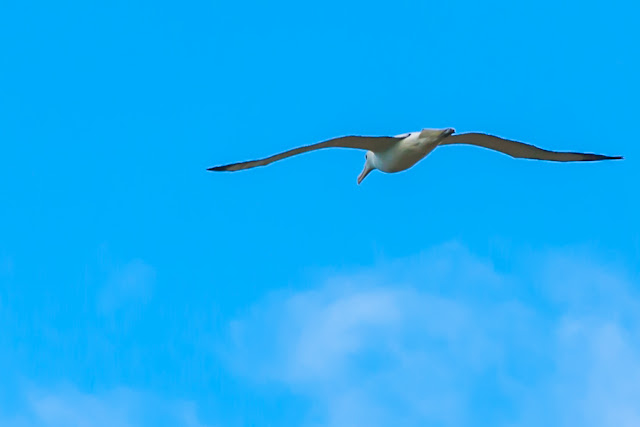 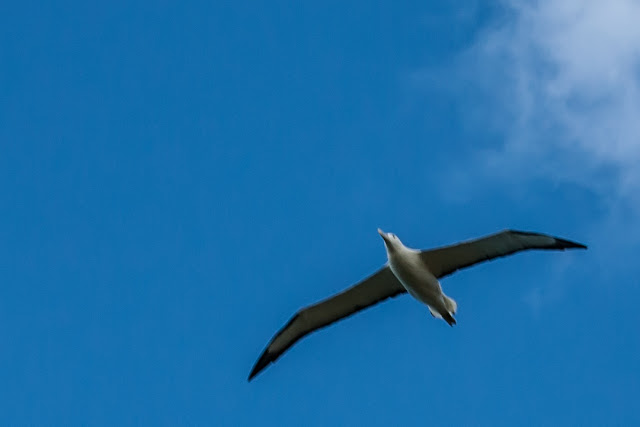 They were hard to capture as they were up very high. I used zoom and cropping to see them up close. They are very graceful with their huge wing span. There were many sea gulls as well. Sometimes you can see penguins and seals but we didn't. 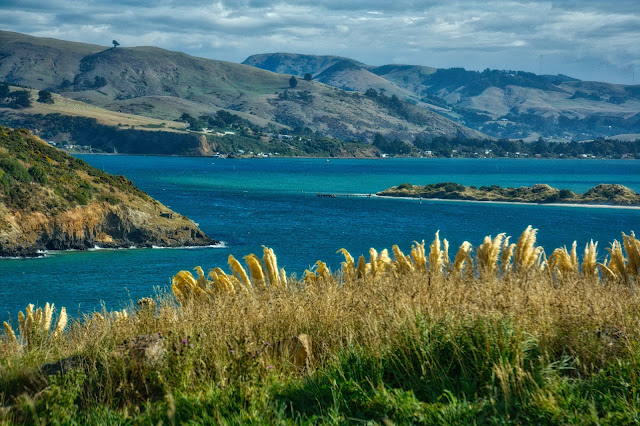 The view looking back down the harbour was pretty. 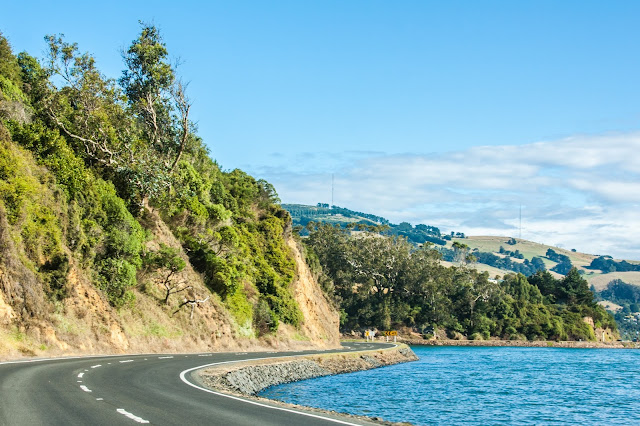 But the rolliking road trip back was a bit scary.
Posted by diane b