One of the ways I convinced Bill to travel to New Zealand was the promise of some train trips. We did the TranzAlpine first and later we did the Taieri Gorge. The gorge follows the Teieri River up into the mountains from Dunedin to Pukerangi. As with most tourist train trips the original railway was constructed to open up gold fields. 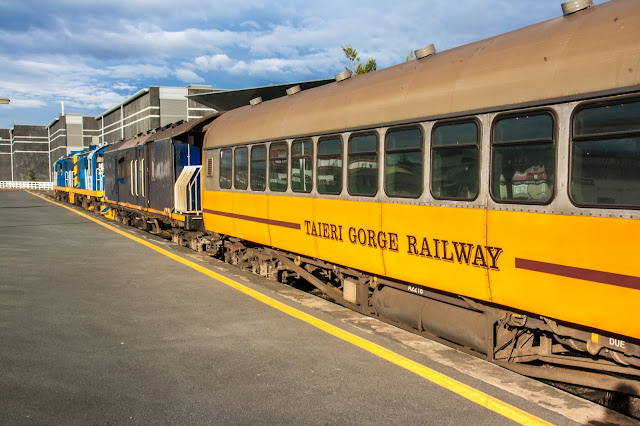 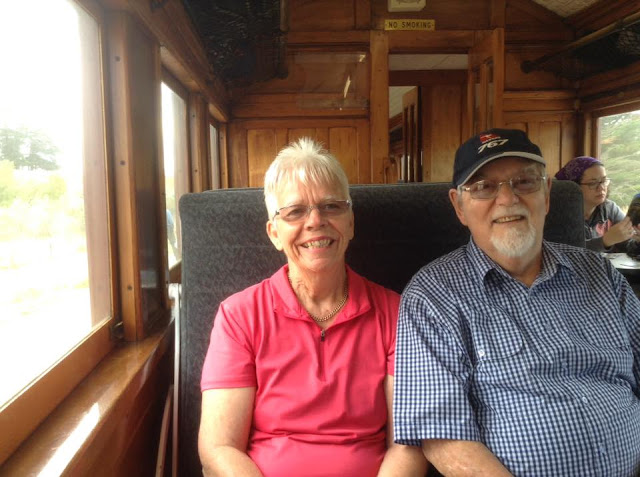 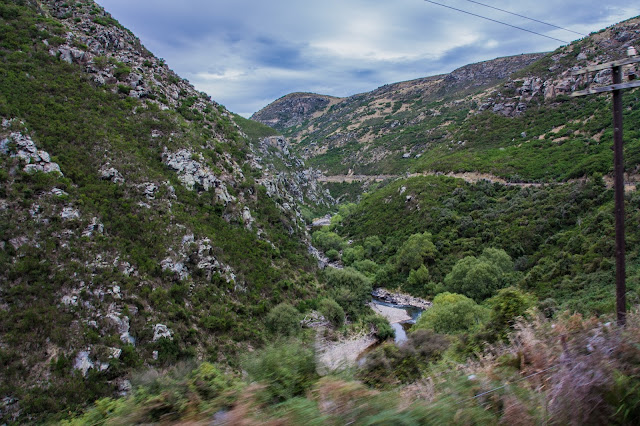 It wasn't long before we were climbing into the mountains. 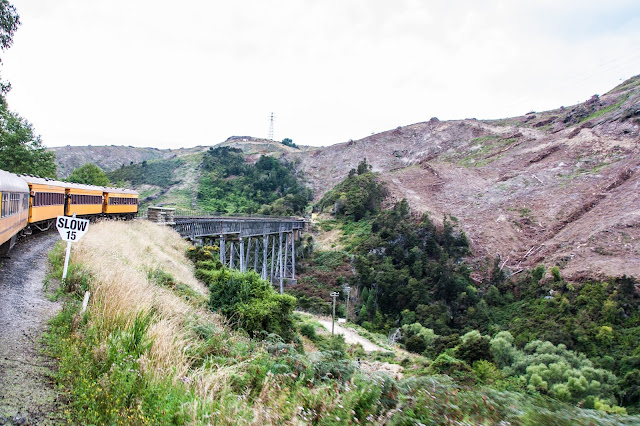 We went over many trestle Bridges and through many tunnels. 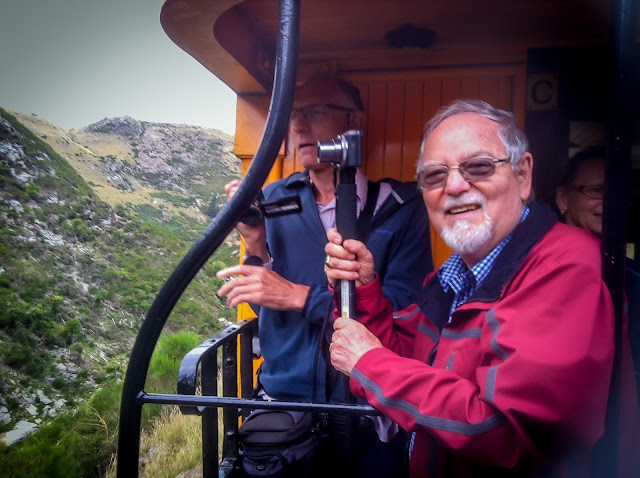 We had to squash onto the the little verandas at the ends of the carriages to take photos or in Bills case movies. 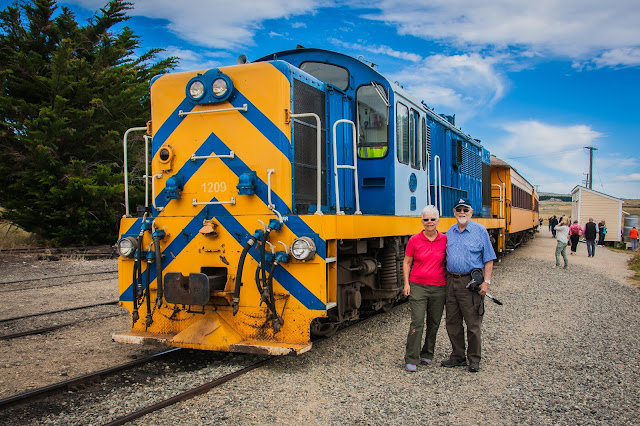 We reached Pukerangi after two hours. There was an interesting little market there but Bill was more interested in watching the engine being moved from the end of the train to the front now that we were going back to Dunedin. We really enjoyed this historic and scenic trip.