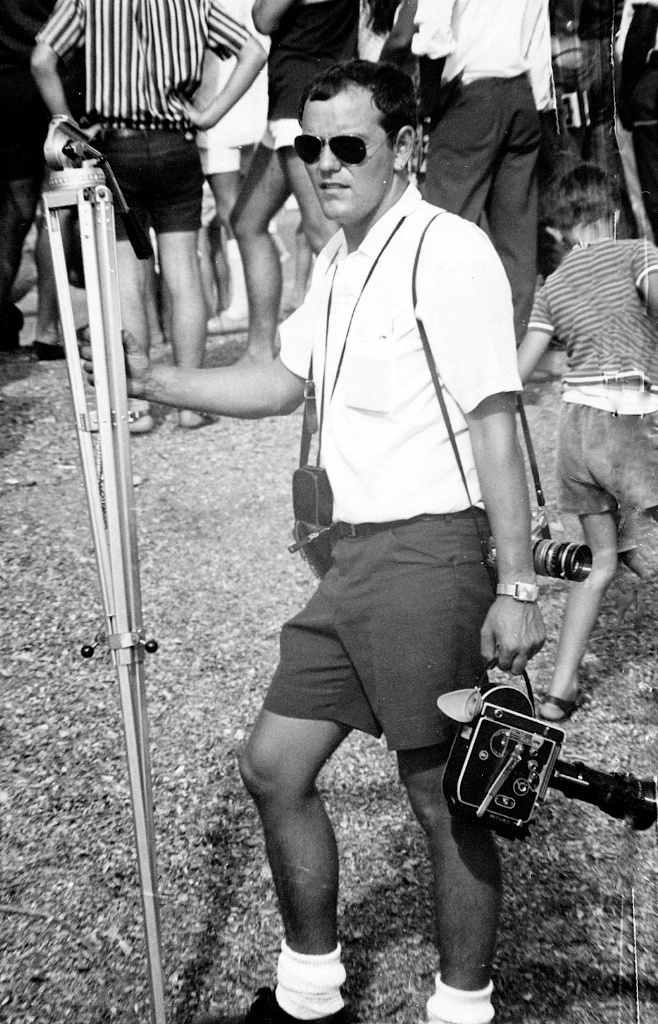 At last I have a little time to continue with "My Story" posts. Any new readers who are not familiar with this series of posts they are on my sidebar under "My Story" or you can click on the label "My Story". I self published a book of the first posts about my family making a new life in Australia. I hope to publish a sequel about my life after that. The books are mainly for my children and grandchildren but are available to anyone from blurb.

Anyway on with the story:
Last time you may remember, that in Dec 1968, I had just gone on leave to Australia from Papua/New Guinea after falling in love again after a few disastrous affairs. This time I was cautious but hopeful things would turn out well. I was worried that when I returned to P/NG, the charming Swiss boy would have found someone else. However, there were hopeful signs as he had written to me every week that I was away.

Bill had kept himself busy with his hobby of making 16mm movies. Here he was filming a 'sing sing' a traditional celebration of dancing and singing by the natives nationals 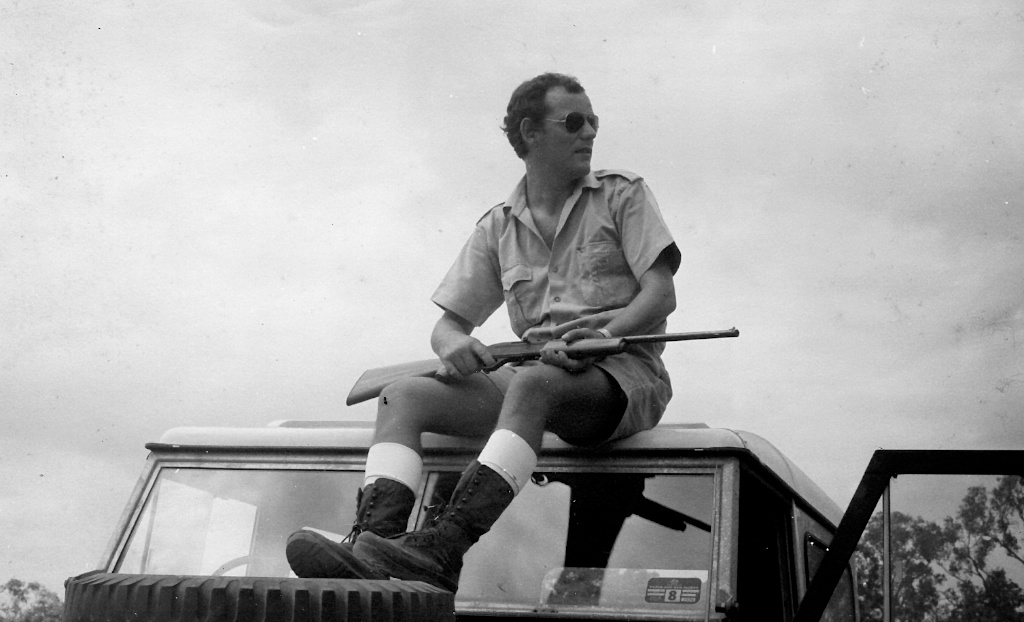 Bill also went crocodile pig shooting while I was away.

When I arrived back in PT Moresby, there was a very happy Swiss boy waiting for me at the airport. He drove me home and we chattered non stop. However, it was back to preparing the next term's school work for me, before we could play. 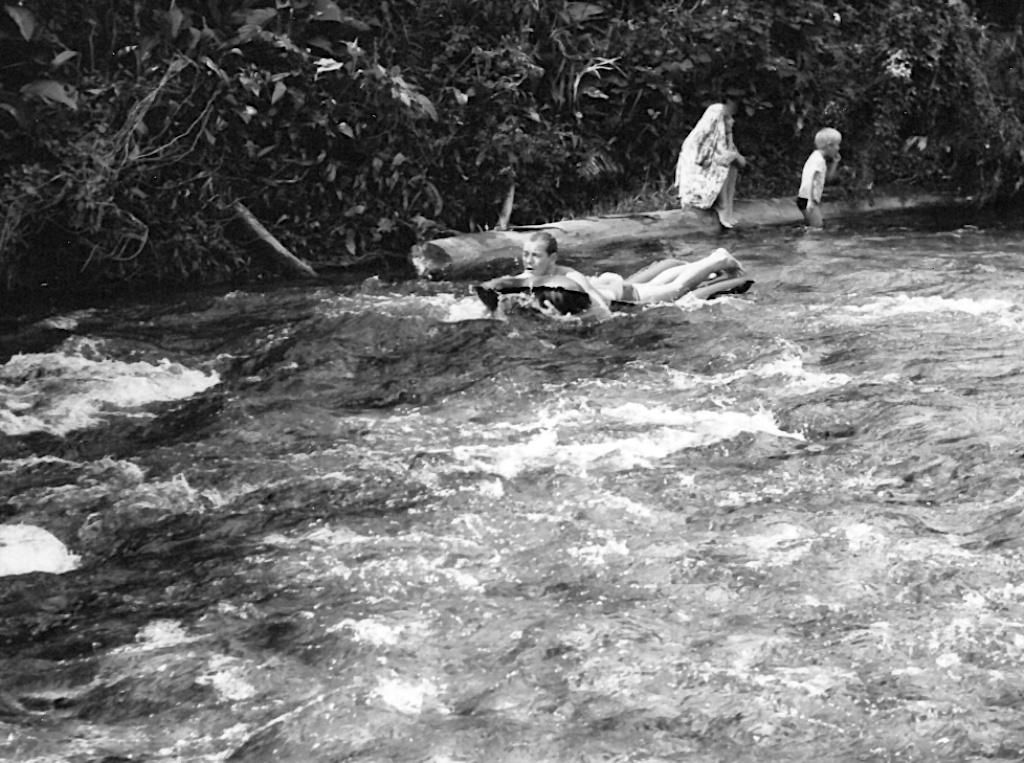 Soon we were having fun on weekends, going on picnics and drives to a river, the dam or a beach. One day we joined in a gumi race (rubber raft race), where participants used their blow up lilos to negotiate the rapids. Actually, I only watched and took photos. It looked a bit dangerous to me. We often went out to dinner, although, I asked him home for dinner one night and burned the chips. He said, "Its okay, I like them that way best." (Yeah, yeah. He was just being nice.) 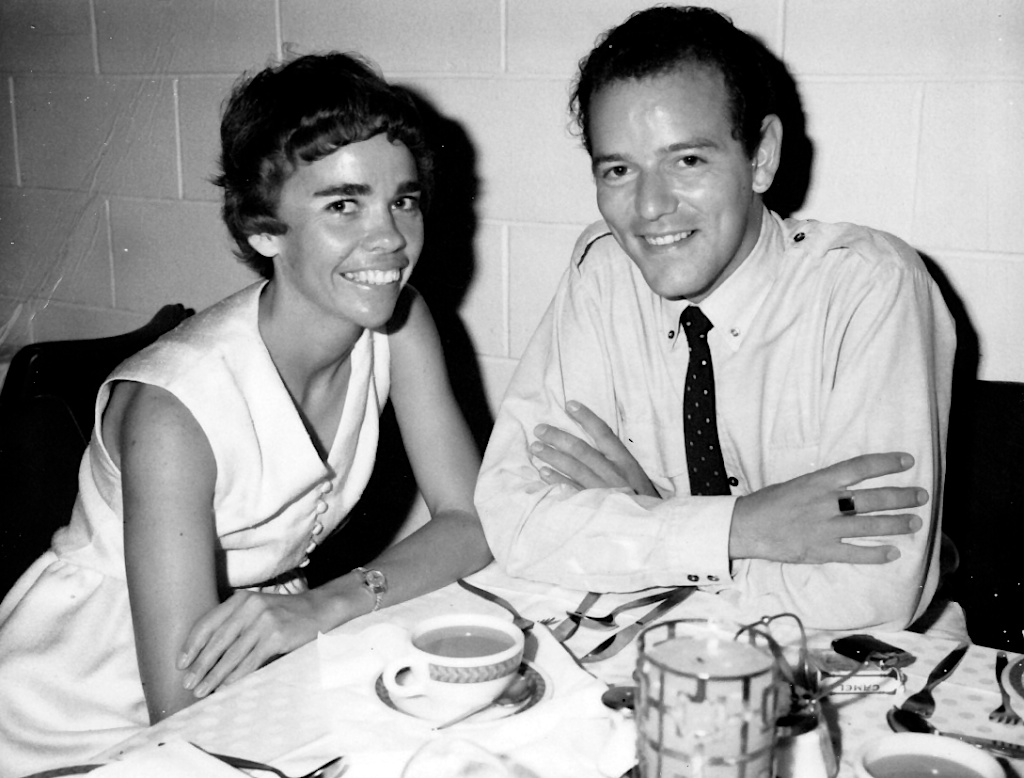 One balmy, tropical evening we went to dinner at the Mandarin Restaurant for dinner. After a delicious Chinese meal Bill asked, ''How do you feel about marrying a Wog?"  (an Anglo/Australian slang term referring to ethnic European immigrants. It is a derogatory term in England but in Australia it has become a jocular nickname like Pom, Yank and Kiwi). My heart skipped a beat. Was this a proposal or a question about what I thought about it?  I guessed it was a proposal. I was surprised because we had only known each other for four months and two of those I had been on leave in Australia. I answered, "I'll think about it." (How dumb was that answer?) But after seeing the look of disappointment on his boyish face and thinking we could be a good team despite our different backgrounds. I said, "Yes, I could marry a Wog." I was very happy. 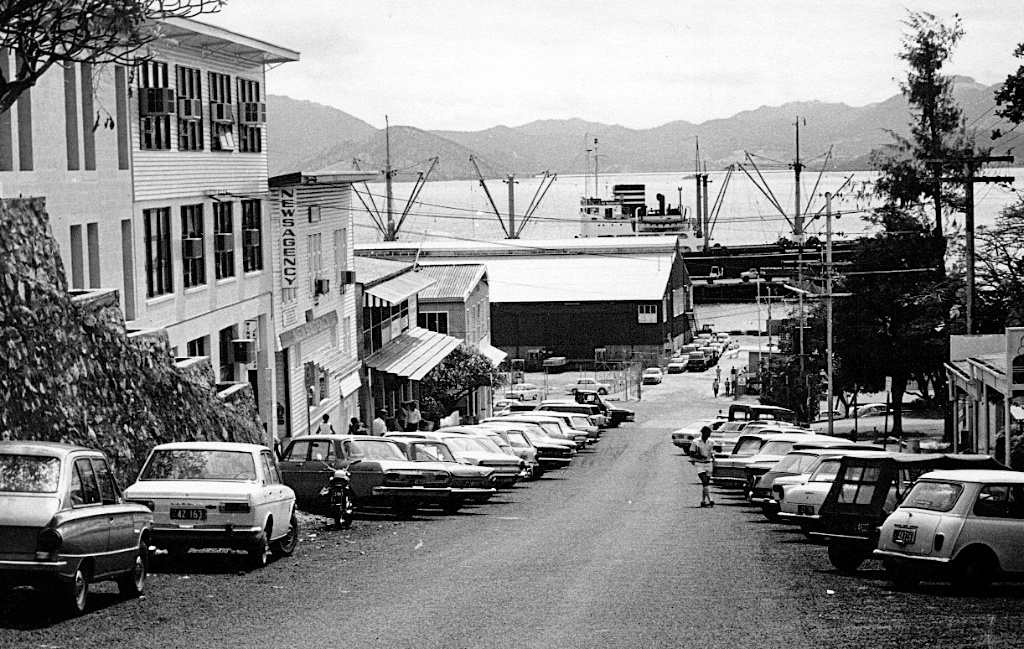 One day we went to the Post Office, which was near the wharf and we saw a ship unloading cars. We went to take a closer look just for something to do. The cars were brand new MGB's sparkling in the sun as they dangled from the cranes. Bill said, " I would love one of those!" 'Me too."I agreed. We both had a car, which was not in good shape. Mine had been in a smash and Bill's had been in a flood so we decided to trade them in on one of these beauties. We raced off to the dealer and asked to buy one of the MG's that we saw being unloaded. He sadly explained that all of them were already sold but he would order us another one. So we had to wait and wait for the next shipment. 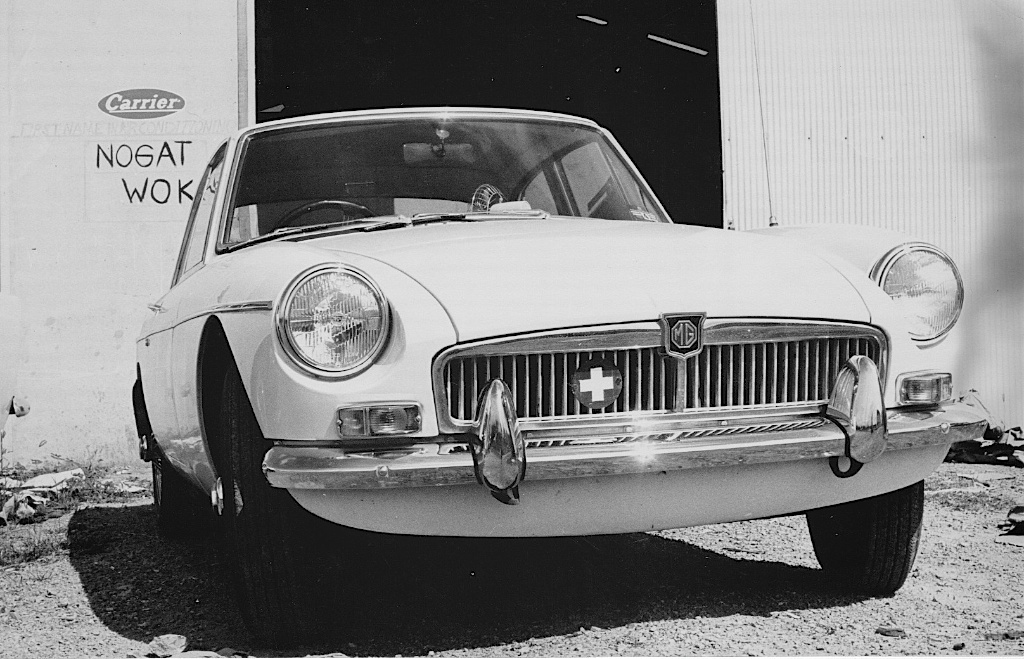 The day finally arrived. Wow! How happy we were. It was a beautiful car an MGBGT. Bill dropped me off at school and then drove it to work. ('Nogat wok' is pidgin English for 'No Vacancies' or 'no got work') 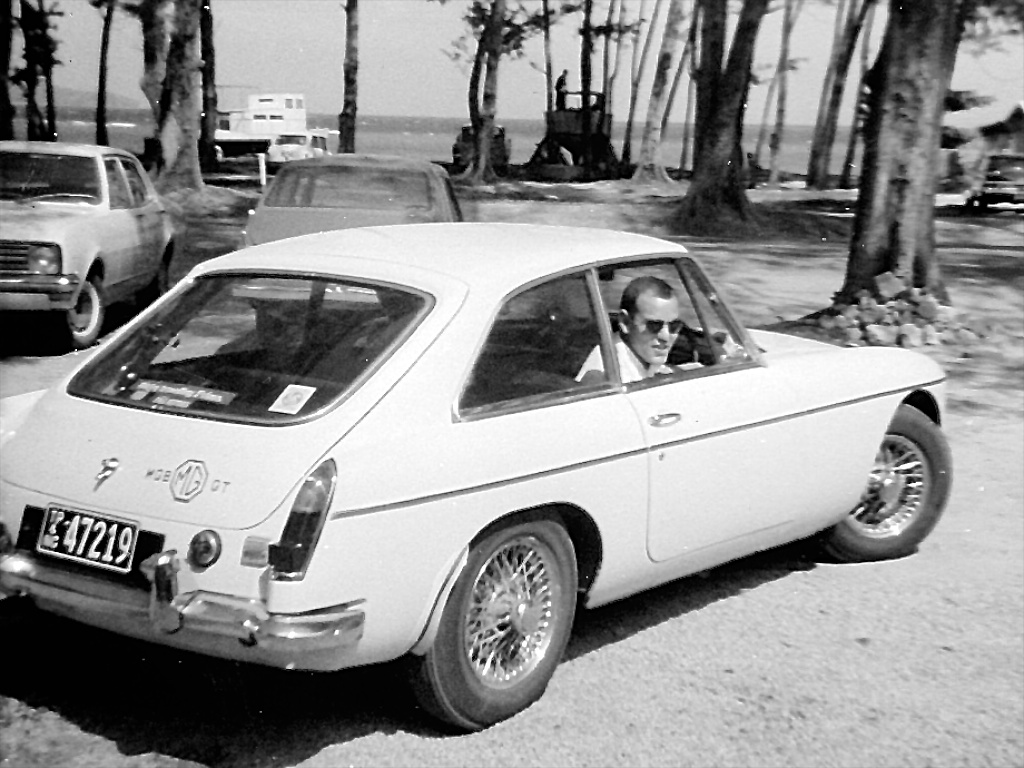 We drove to the beach and the drive in movies. We had loads of fun in that car. 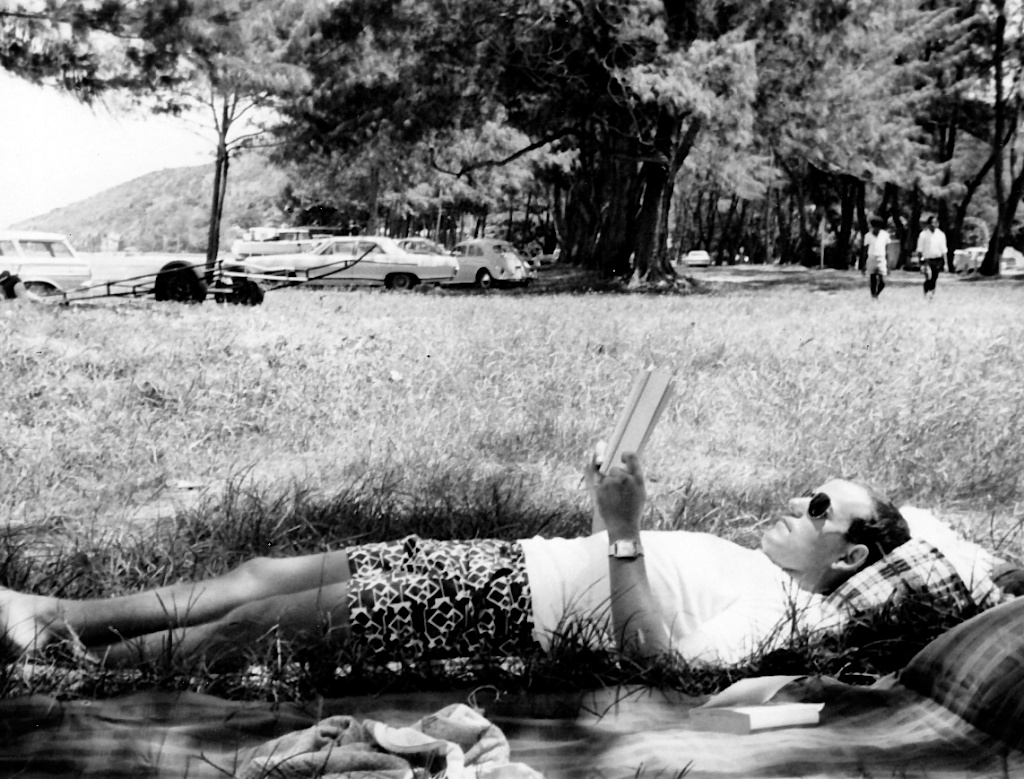 Relaxing in the shade at Ela Beach. 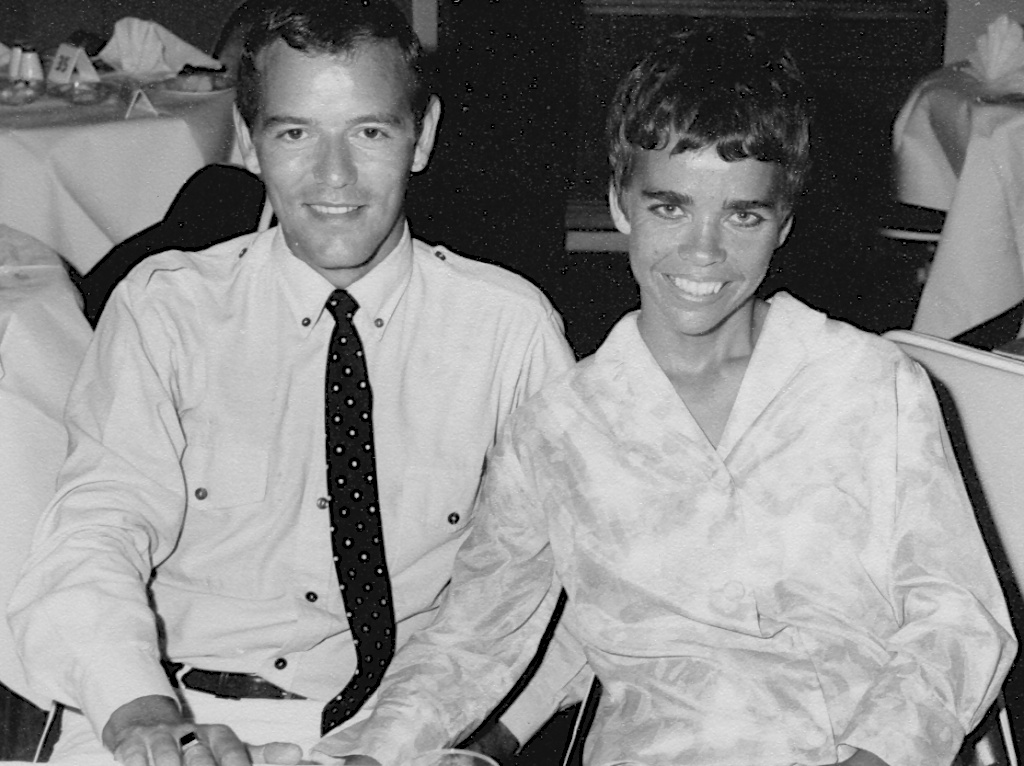 We went to the end of term, Korobosea School Staff Dinner. Not long now before the big day. We had decided get married in May1969, just six months after we met. Our friends said we were mad and that it would never last. The question was where should we get married? In Switzerland with Bill's parents, in Sydney Australia with my parents or in Papua/New Guinea with no parents?

Email ThisBlogThis!Share to TwitterShare to FacebookShare to Pinterest
Labels: My Story, new MGBGT, the proposal