After we were married in May 1969, Bill found us a brand new apartment to rent, we actually had to wait until the building was finished. It was in Korobosea, a suburb of Port Moresby in P/NG. It was in a lovely position high up on a hill and close to the school where I worked. 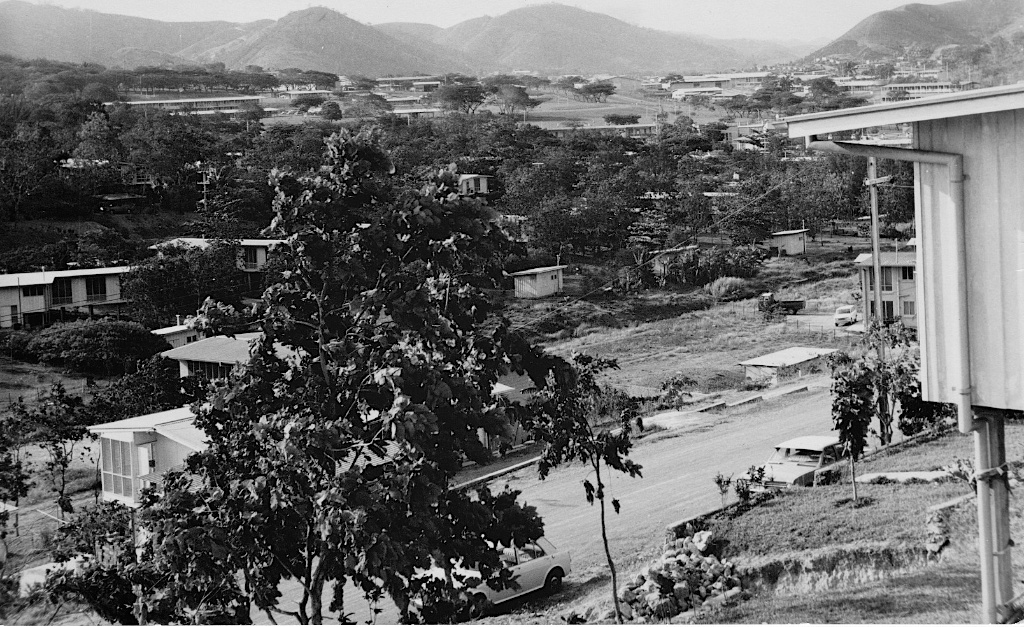 The view from our front door and car park. We were very excited on moving in day and looked forward to playing grown ups in our very own brand new apartment. Luckily, the company Bill worked for paid the rent. We only had to pay for food, petrol and the 'haus boi'. 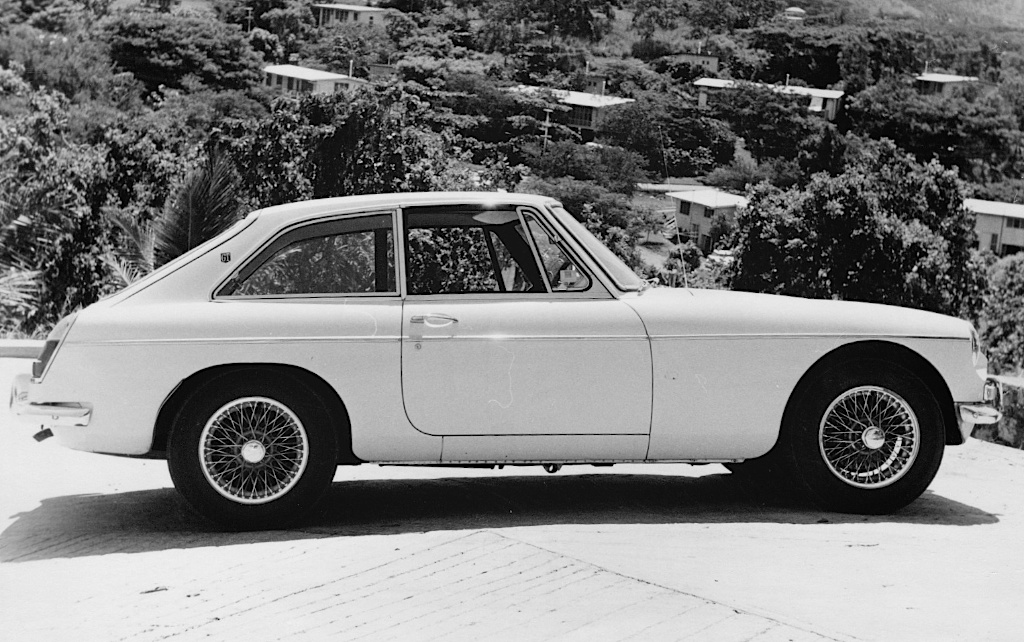 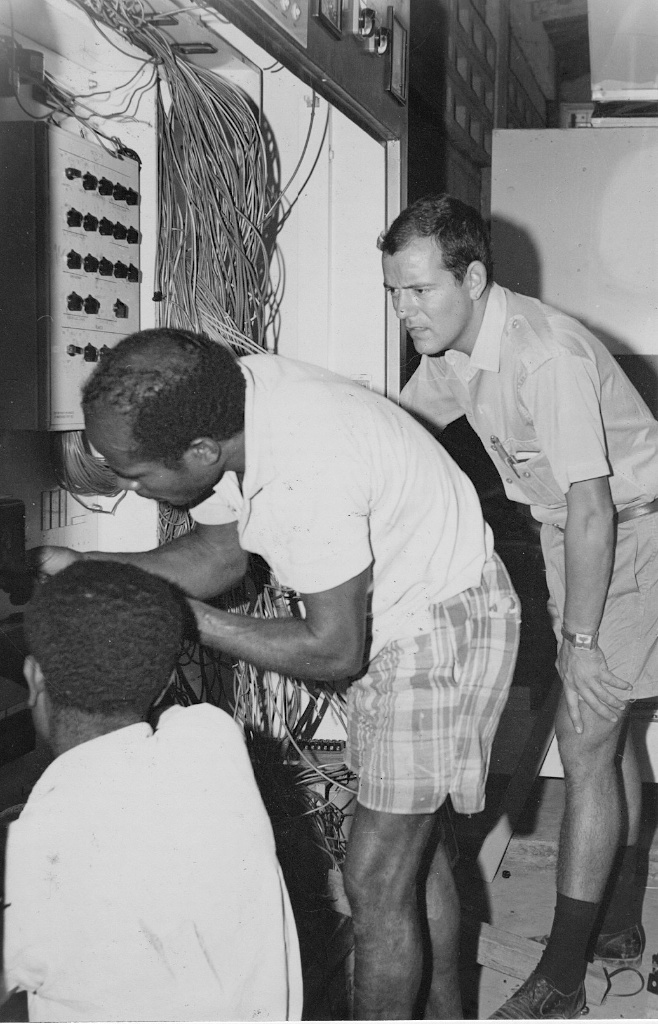 At work, Bill supervised and taught the local workers how to build a switchboard for an air-conditioning unit for a government building. 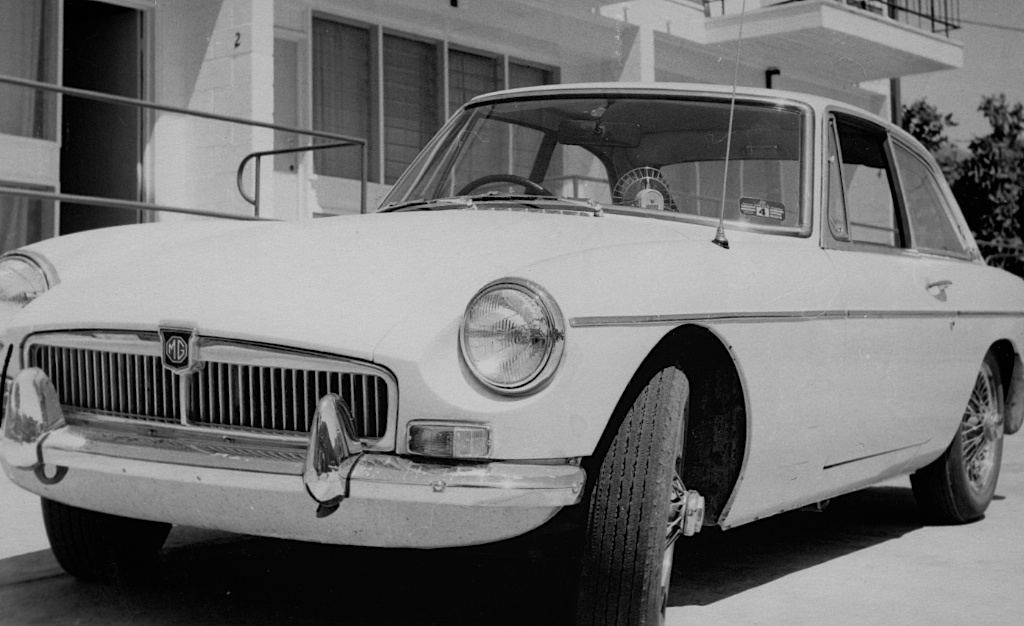 The apartment was three stories high. 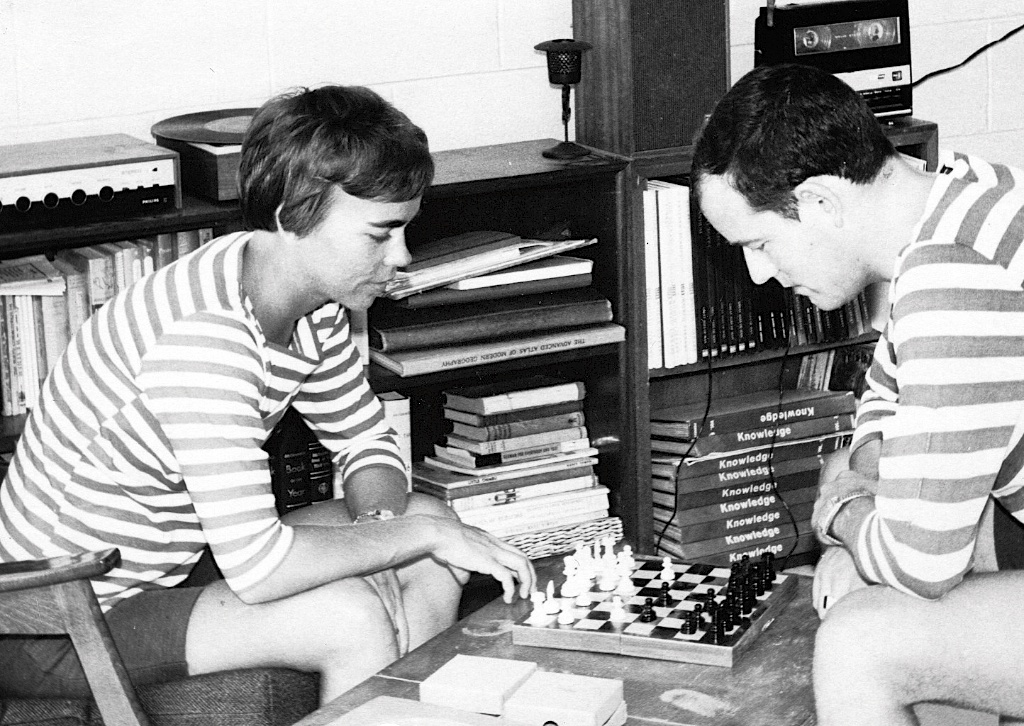 The living room was on the ground floor. There was no TV or computers then. We used to read, listen to music and play games. Note the state of the art record player and tape recorder. 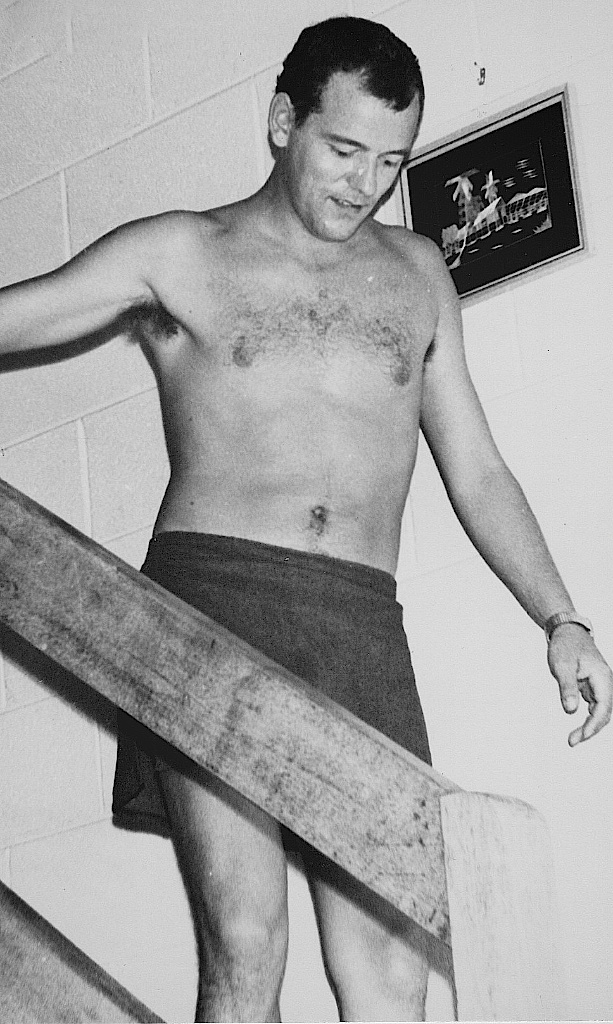 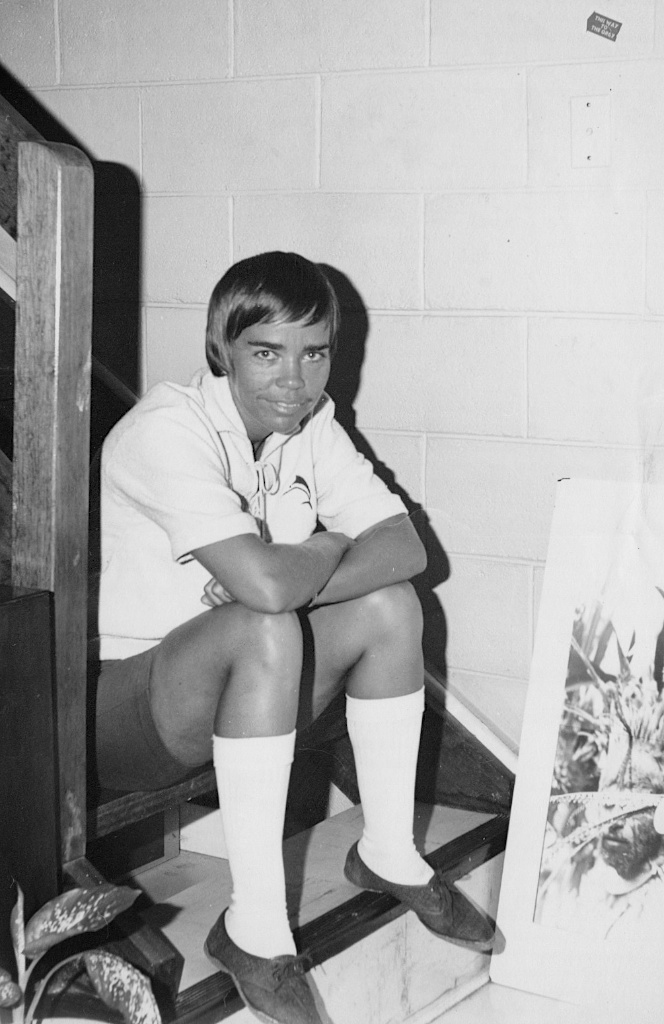 From the living room there were stairs going up to a mezzanine level to the kitchen. The apartment wasn't air conditioned so as you can see we didn't wear a lot of clothes. Bill wearing his lap lap. 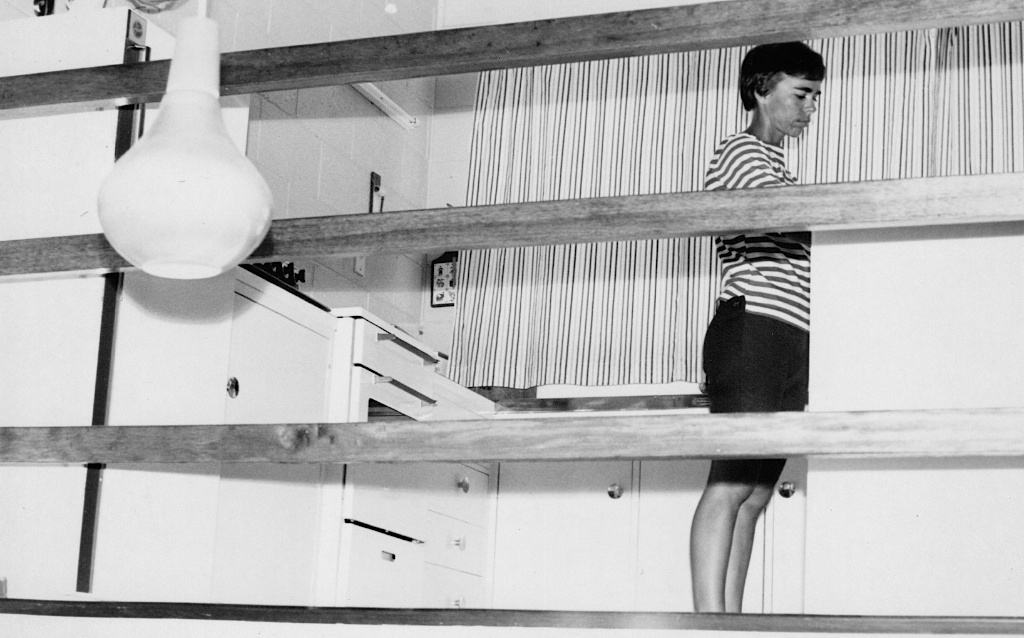 Playing grown ups in the kitchen. 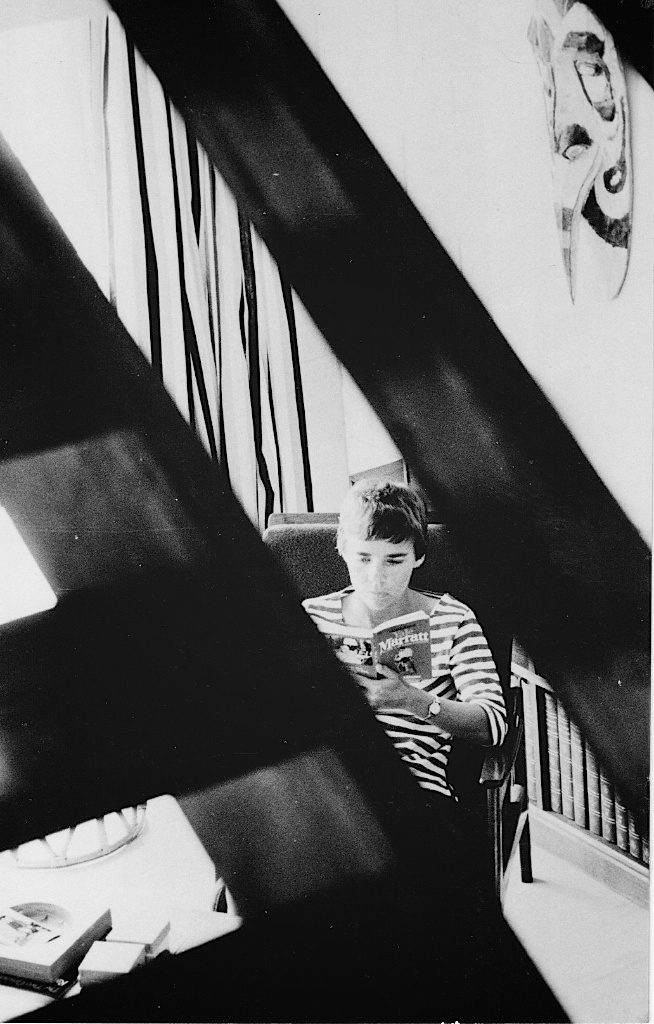 From the kitchen the stairs switch back to above the living room to the bedroom and ensuite. Like the kitchen there were no internal walls. It was open plan and quite modern for the times. 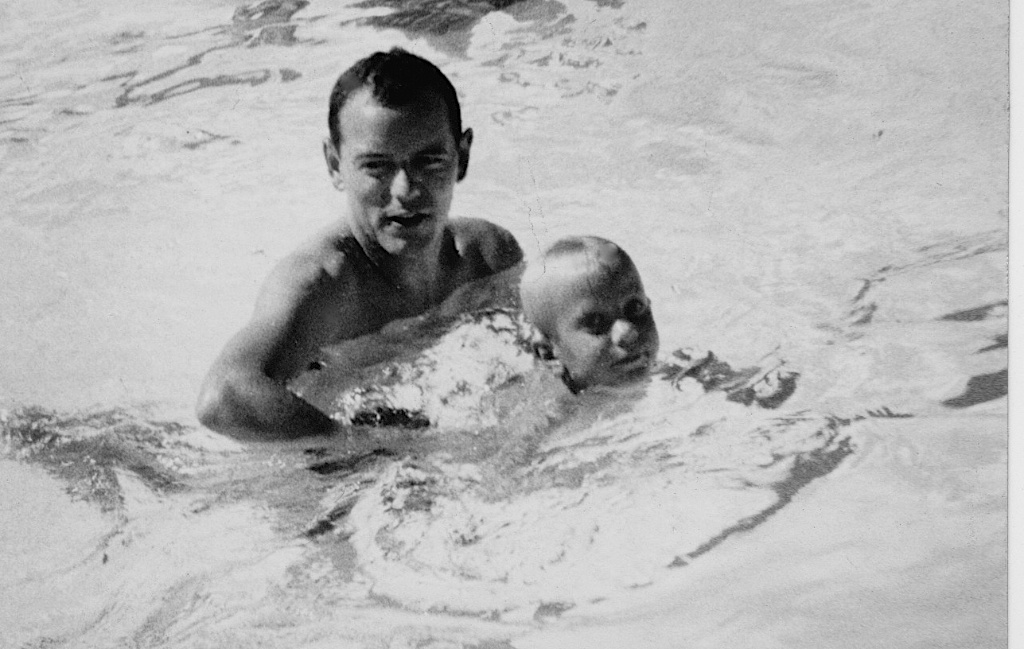 Sometimes we would go to the new public swimming pool to cool off. This day we were child minding for very good friends of ours, Joan and Norm. I taught with Joan and went on a holiday with her around Papua/New Guinea. We are still friends today and having lunch with them tomorrow. 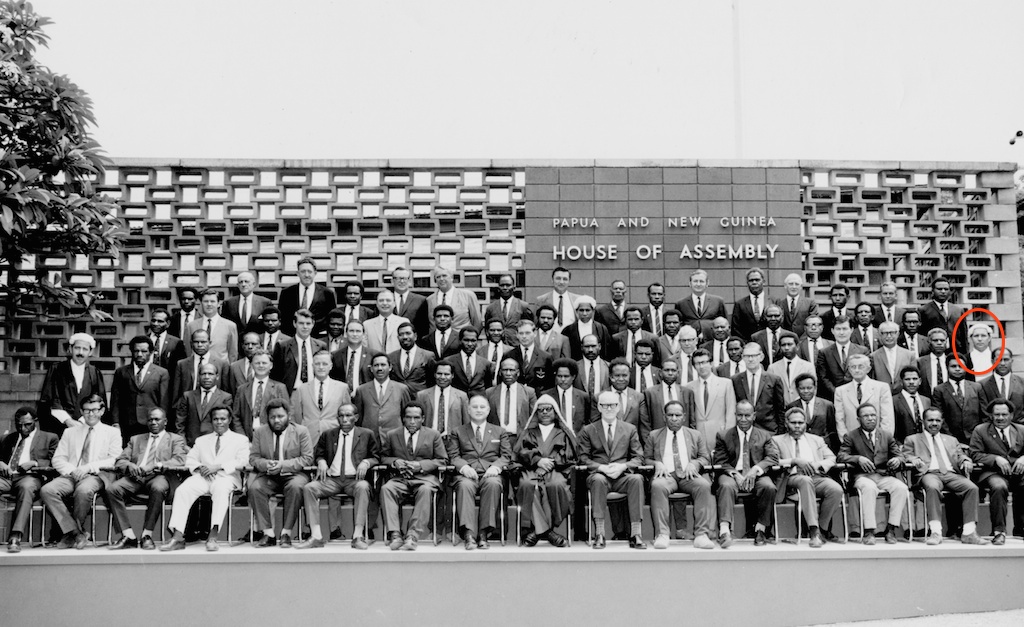 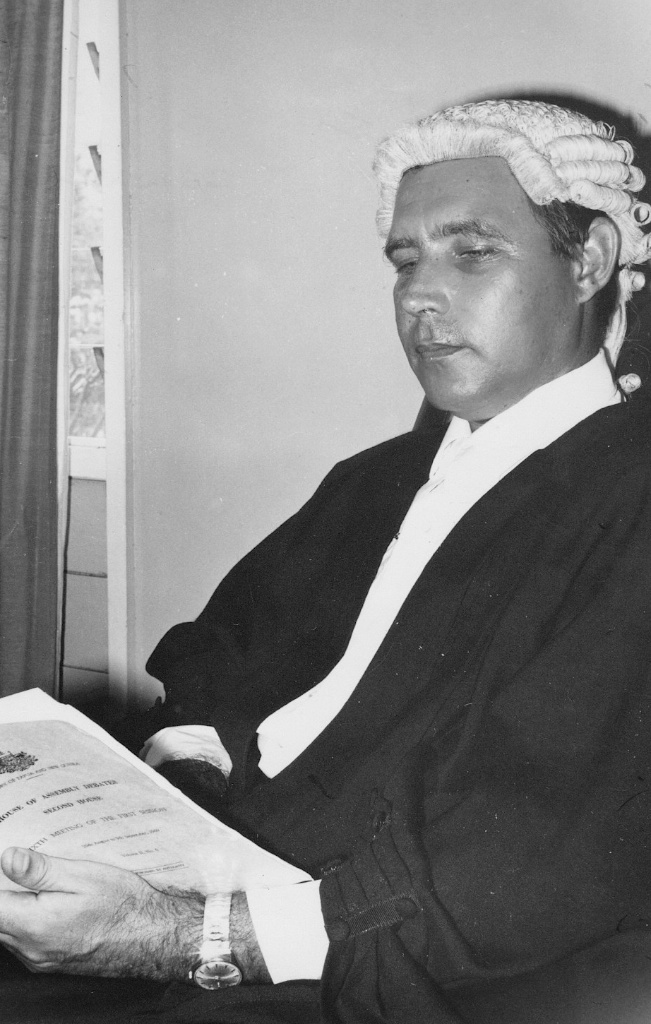 Another day we were invited to watch the parliament sitting in the House of Assembly. In 1964 the first parliament was elected to self govern the Australian Territory of Papua/New Guinea. The Australians were teaching the 'Nationals' how to govern their country democratically. In 1975 the people of P/NG were given independence and started the National Parliament of P/NG. In 1984 they moved into a beautiful new building and this one has been demolished.

My brother worked in the House of Assembly as the Deputy Clerk of the house until 1975. (Circled in red)

Email ThisBlogThis!Share to TwitterShare to FacebookShare to Pinterest
Labels: My Story, Our apartment Pt Moresby 1969.