On the second day of our road trip we only needed to drive another 3 hours to reach Tamworth and meet our friends. So we decided to check out some local attractions in Glen Innes before setting off on the next leg of our journey. We visited  "The Australian Standing Stones".

"The Australian Standing Stones began as an ambitious project by a small, dedicated group of citizens who wanted to mark Glen Innes's Celtic heritage. It was in Australia's 1988 Bicentenary Year that the Celtic Council of Australia developed the idea of erecting a national monument to honour all Celtic peoples who helped pioneer Australia. Glen Innes responded with a 46-page submission for Australian Standing Stones, inspired by the Ring of Brodgar in Scotland's Orkneys." 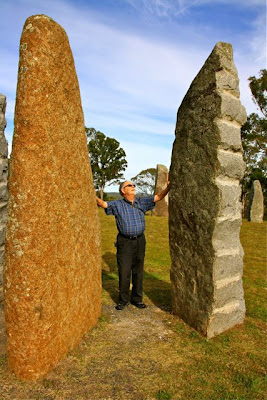 The main feature of the Australian Standing Stones is a circle of 24 stones, representing the 24 hours of the day. Read more information here:


There is a big Celtic Festival here in a few weeks.


We drove on towards the next town Armidale on the way we stopped to view the 'Balancing Rock.' 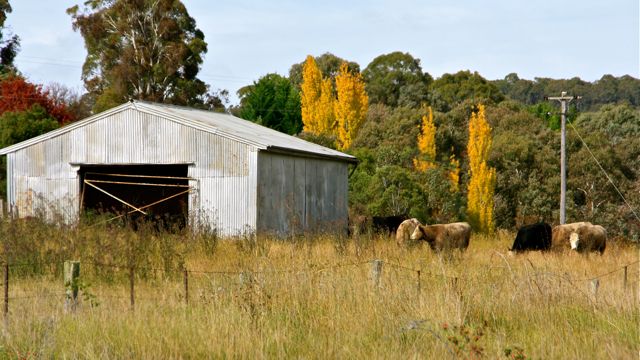 Then we passed through rich farming country. There were many sheep and cattle farms. 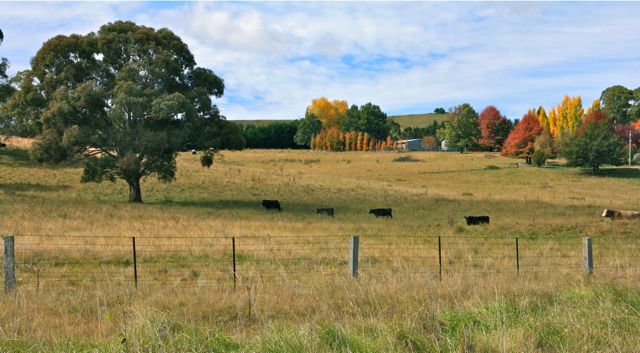 The countryside was absolutely beautiful. 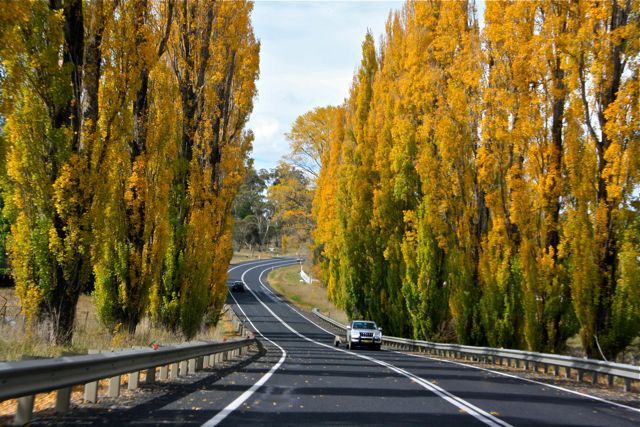 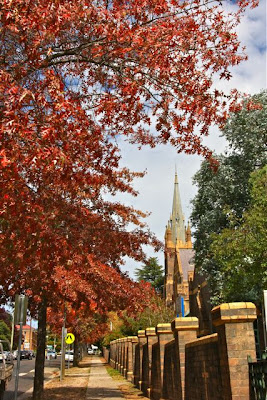 We were in Armidale in time for TOH's coffee break. Armidale is a beautiful university town with glorious churches and Autumn trees. 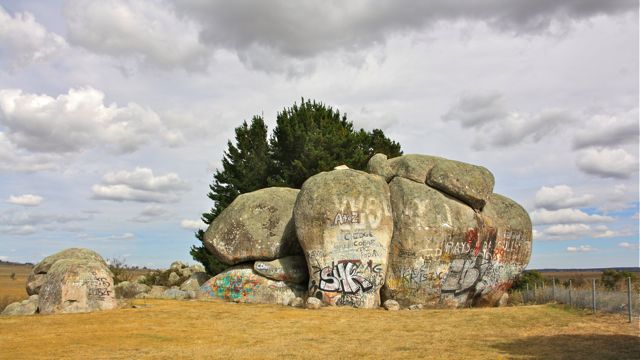 Next stop Tamworth but first we stopped to see "Thunderbolt's Rock". It is a shame the graffiti vandals have defaced this natural rock formation with a very colourful history of Australia's bush-ranging days.
"Originally known as Split Rock, the boulders afforded 'gentleman bushranger' Frederick Wordsworth Ward, better known as Captain Thunderbolt, the perfect vantage point for monitoring the approach of unwary mail coaches. He first visited the site in 1863 when, after a daring escape from Sydney's notorious Cockatoo Island prison, he and fellow escapee, Fred Britten, used the rock as a hideout. They were surprised by passing troopers while lying in wait at the rock to bail up an approaching mailman. Thunderbolt was shot in the knee during the fiery exchange of gunshots that ensued." 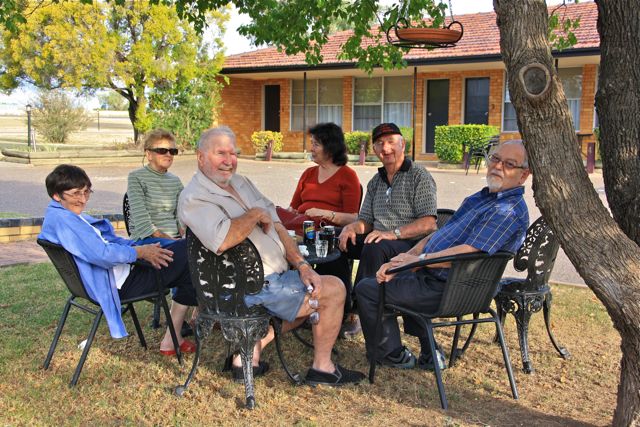 By the afternoon we had reached Tamworth, quite a big country town famous for it's huge annual Country and Western Festival. Here we met our friends for a three day get together to celebrate our time together in Papua/New Guinea in the 60's when we all belonged to a Judo Club and a Scooter Club. Unfortunately we haven't been able to locate all the past members.
Posted by diane b