We left Wallabadah and headed towards Quirindi, the hub of the Liverpool Plains Shire and 354 km north of Sydney. The hills and valleys around Quirindi offer some of the most picturesque scenery in NSW. We went up to the lookout where there was a 360* view. 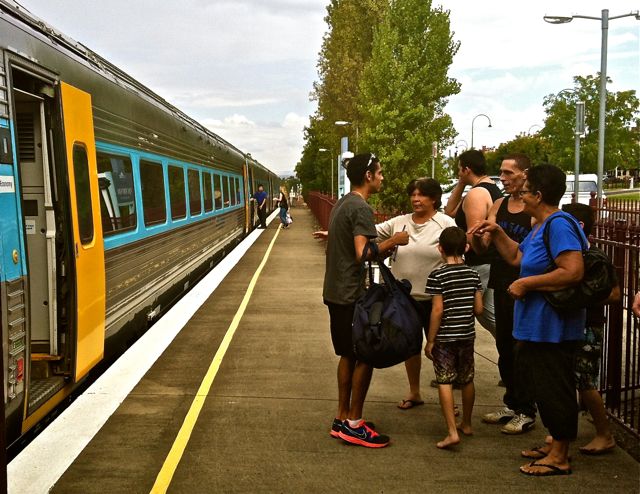 We visited the craft shop on the railway station just as the only train of the day arrived to take locals to Sydney. This family were saying an emotional goodbye to a young man going to the 'big smoke'. 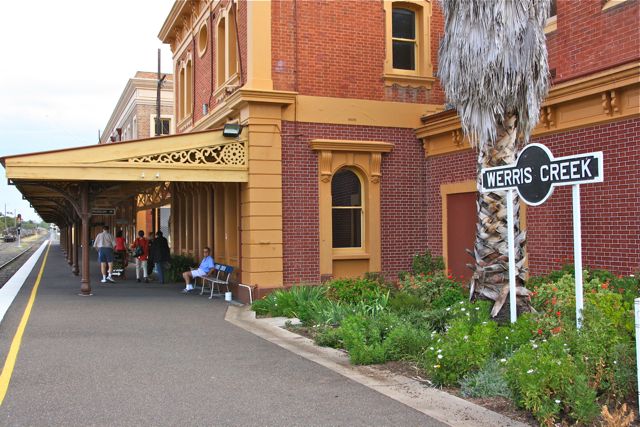 We drove north to Werris Creek, the town developed when a camp of railway workers was set up to build the Northern line. The station was built in 1878 and it was the junction for the northern and north western line. The town became a bustling railway town. The station now houses the 'Rail Journeys Museum'


Next to the Werris Creek station is the 'Australian Railway Monument' dedicated to the men and women who lost their lives in the course of duty whilst working for the railways. 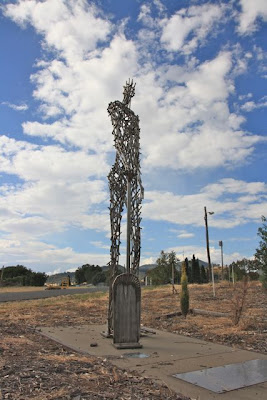 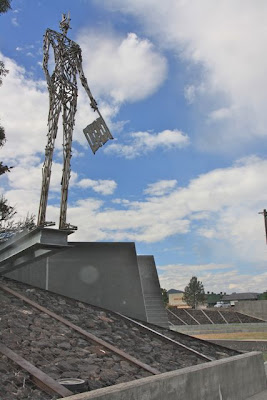 There were interesting sculptures of railway workers surrounding the monument. The artist was Dominique Sutton 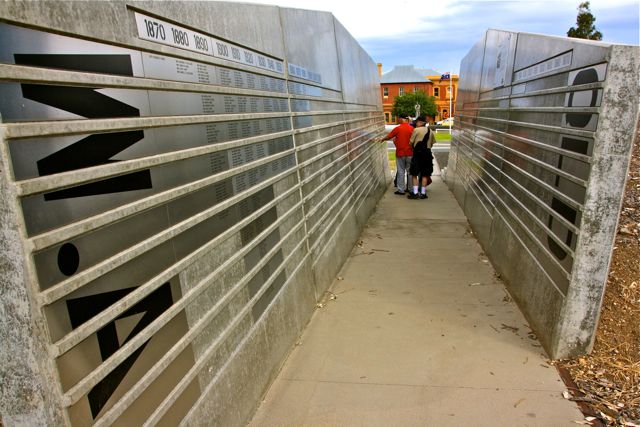 There are over 2700 names inscribed on the walls. There were three of these trenches with a wall for each state. 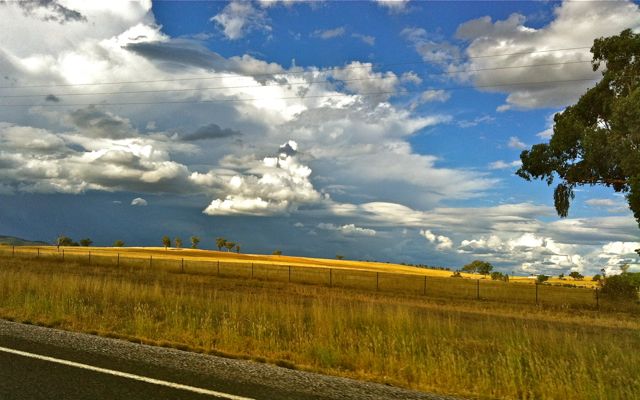 It was time to head back to our motel at Tamworth after a big day exploring the surrounds.
Posted by diane b