A DINNER WITH A DIFFERENCE

After a day on the bay in San Francisco, our tour guide promised us a surprise dinner. Then she told us we had to cook it ourselves for the whole tour group there were 23 of us. We were taken to a warehouse which had been converted into offices, showrooms and an huge kitchen. The company running the kitchen was called, "Hands on Gourmet". They ran these special dinners, where groups came in and they had to cook their own meal with help from a number of chefs. It is a way for people to get to know each other. I can tell you I was nervous as I am the world's worst cook. However, I'm always in for some fun and adventure.

We were divided into 4 groups and we were given a choice of 'Appetisers', 'Starters', 'Mains' (called Entree in USA) and 'Desserts'. Unfortunately I can't remember all of the menu and somehow I didn't get a menu to keep.

(All the photos were taken in a hurry with our phones so the quality is poor but hopefully you'll get the idea of what we had to do and what fun it was.) 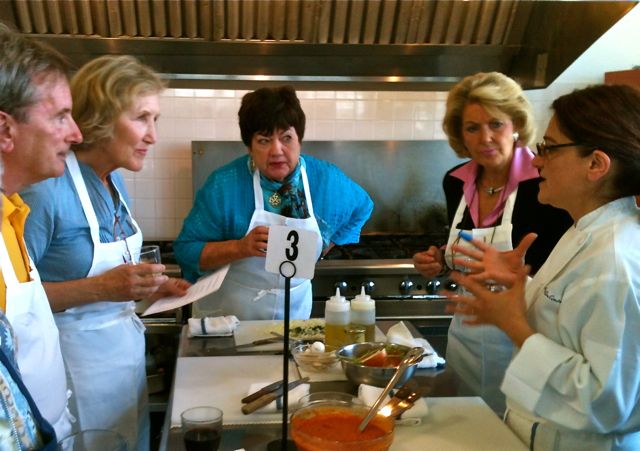 Each group had a chef to explain what had to be done. 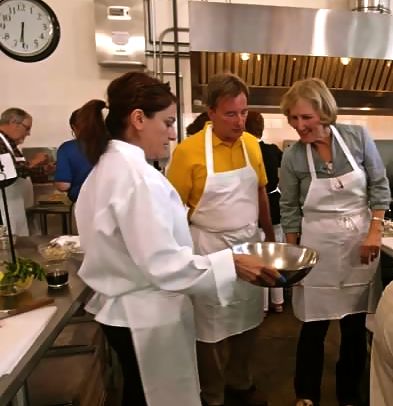 They showed us how. 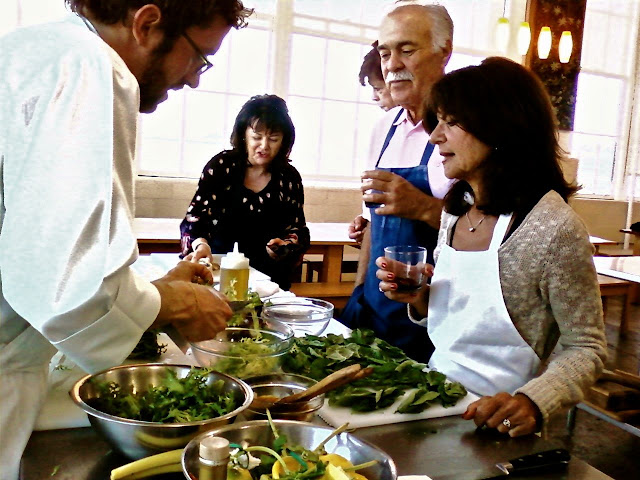 They gave us wine to drink while we worked. 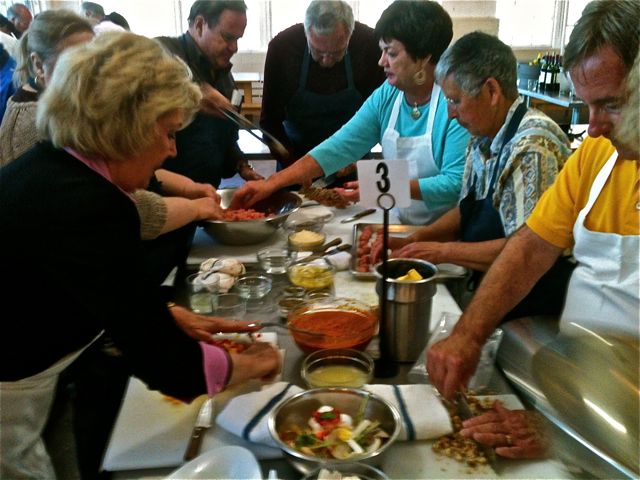 Then the fun started. Everybody had something to do. It was an exercise in bonding with strangers. It was loads of fun. 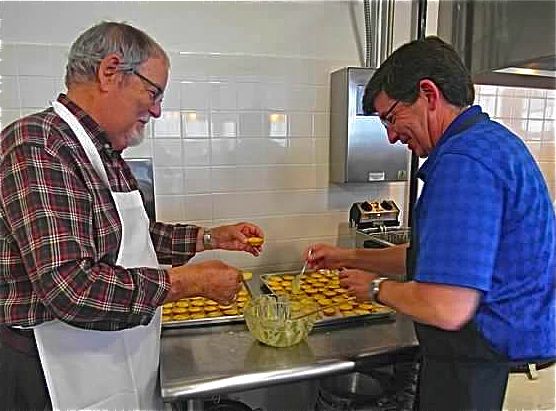 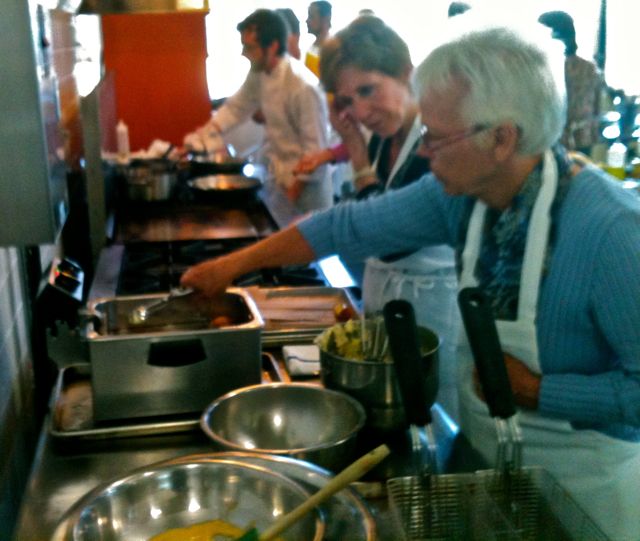 I was deep frying doughnuts. 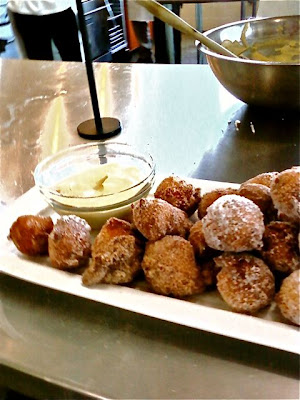 They turned out well with the help of a new found friend. Then we coated them with sugar and cinnamon served with a special sauce, which I can't remember the name. 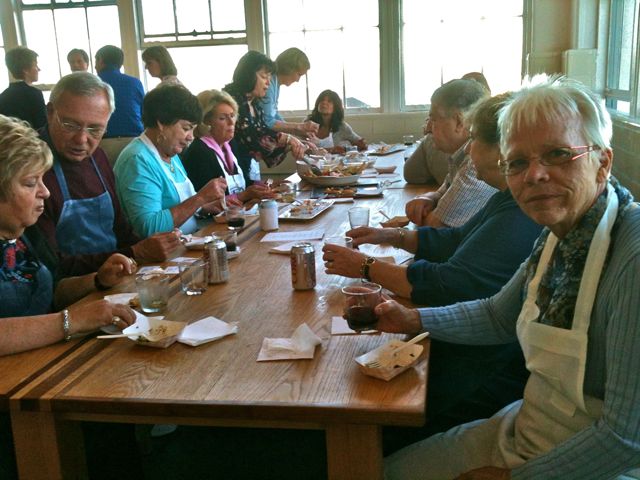 We nibbled and drank wine all through the preparations and then we all shared each others creations. It was a great way to get to know all the other tour members, we were the only Aussies everyone else was from all over the States. They were all friendly and helpful. It was a fun way to have dinner and we didn't have to clean up. Yea!

Email ThisBlogThis!Share to TwitterShare to FacebookShare to Pinterest
Labels: Hands on Goumet San Francisco, USA May 2012