A DAY ON THE BAY

When we were in San Francisco we joined Tauck Tours. They took us for a catamaran sail on the Bay. While we waited for the yacht we walked along Pier 39 at Fisherman's Wharf. The pier was overtaken by sea lions some time ago.  The city built these pontoons especially for the sea lions so that the pier could be returned to humans again. The tourist kind. Why they all crowded on one pontoon when there were plenty for them to rest on, I don't know. Maybe they were keeping warm it was sunny but cold. 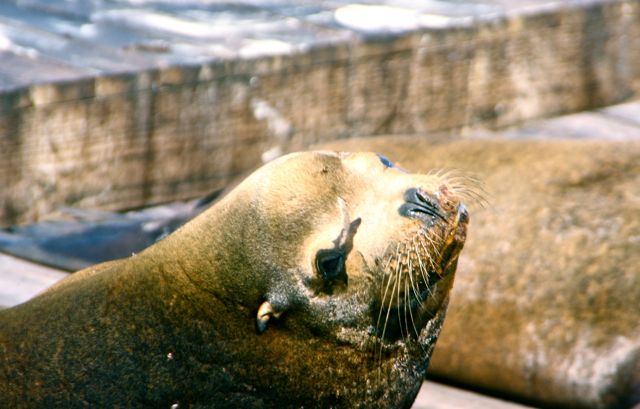 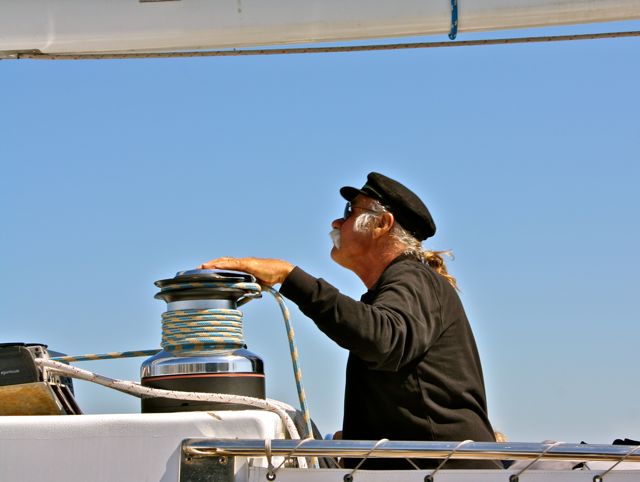 Our group boarded the yacht. We had a colourful and friendly captain. He looked like an old 'sea salt'. 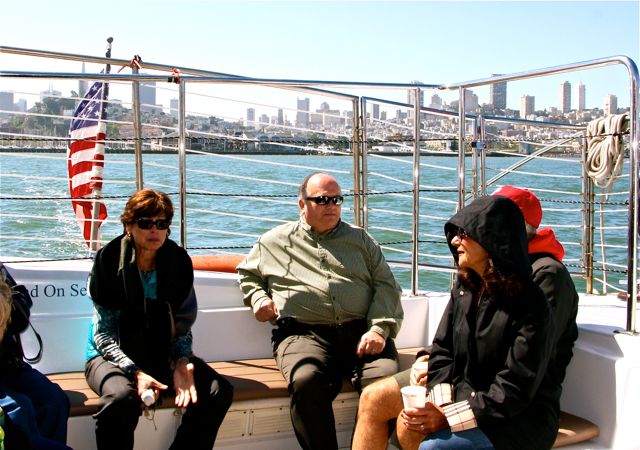 Our tour guide on the left points out places of interest. Bill and I sat inside out of the wind except when we wanted to take some shots. We had a nice lunch on board. 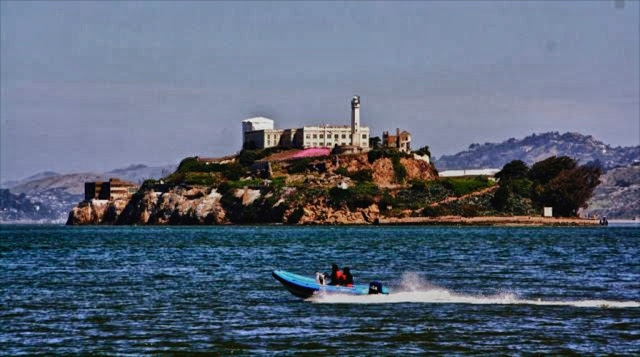 We passed Alcatraz and sailed towards........ 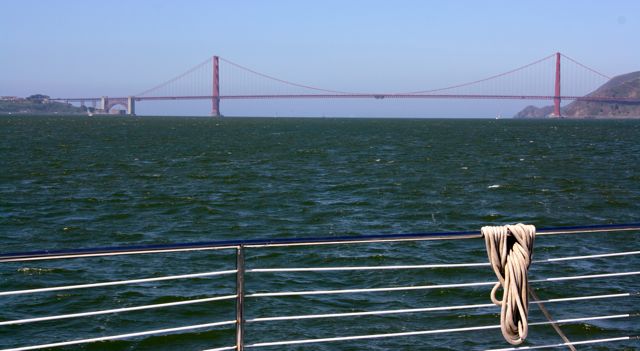 That well known icon of San Francisco, the Golden Gate Bridge, which is actually red. The bay and the bridge are often covered in fog but we were lucky on this day. 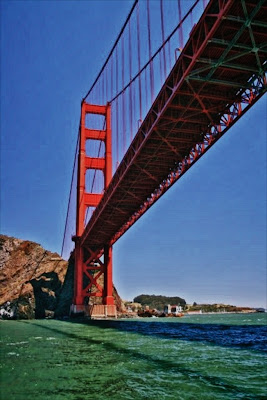 Yep we went right underneath. 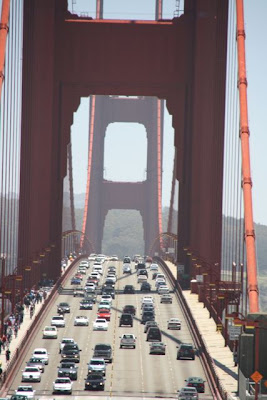 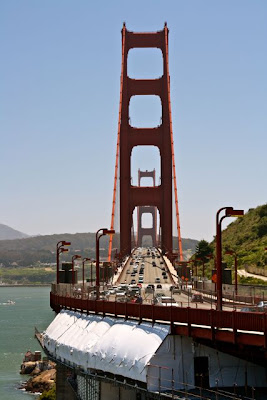 On our way back to the hotel the bus stopped at the lookout so we could see the bridge from  different angles.
Then we drove over it to get home.
The tour directer promised us a surprise dinner for that night.