Three years ago I received a call from a friend who I hadn't heard from in 40 years. We used to belong to the same Judo Club and Scooter Club in Pt Moresby,Papua/New Guinea back in the 60's. A few of the club members had been in touch over the years and they set about trying to find me and were successful, which is another story. So every year we have a small get together for lunch. Last week it was our 3rd reunion. Since then I delved into my box of slides from the 60's, to find pics of us on some of our scooter trips. I have scanned them but remember the quality is from 40 years ago. 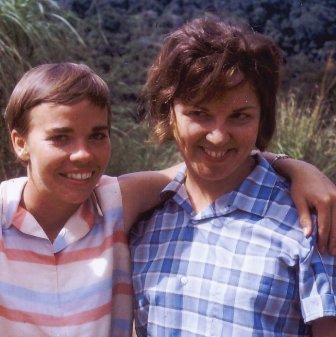 Del, one of my friends from the Judo Club and the Scooter Club in the sixties. Now she lives near Ipswich not far from Brisbane. She belongs to a cycle club and goes on long distant rides. (Del is on the right). We were in our 20's then. 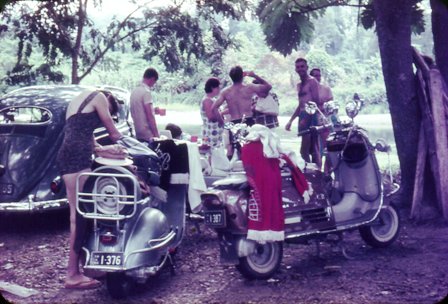 One of our trips was to Brown River near Pt Moresby. It is always tropical weather in P/NG except high in the mountains. 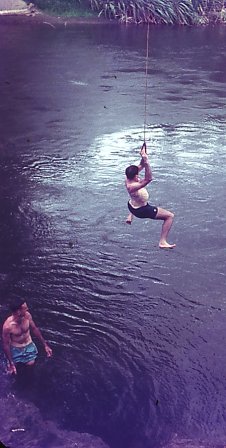 The boys , Charles and Graham had fun swinging from the bridge into the river. 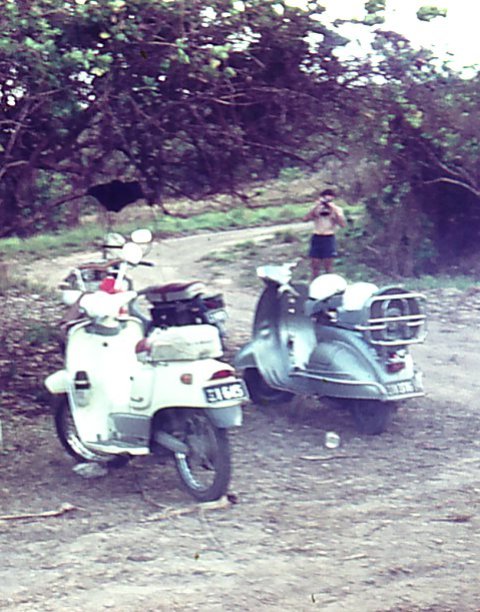 Scooters of the 60's, mine was a Honda 50cc in the background. 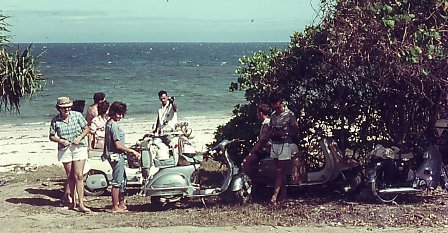 Another trip was to a Idler's Bay. We drove along dirt roads to this beautiful tropical beach with no one there except us. 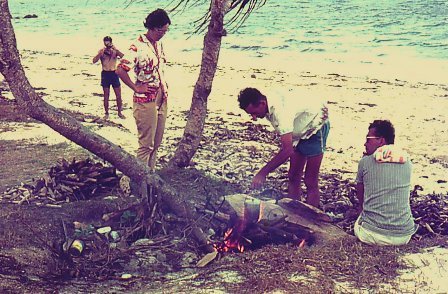 We had a barbecue lunch over an open fire. Charles was a fine cook. 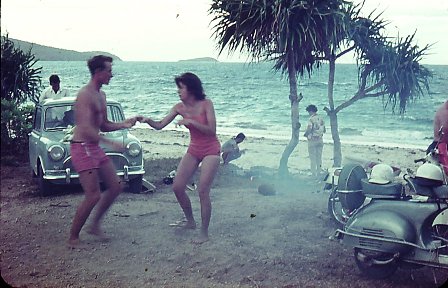 We had the latest technology, a portable tape recorder, for dancing on the beach. Bob and Del. We haven't found Bob Howard yet, so if anyone out there knows him let me know. The next trip was into the foothills of the Owen Stanley Mountain Range behind Pt Moresby. We had to get permission to enter this cattle station at Bisianumu. 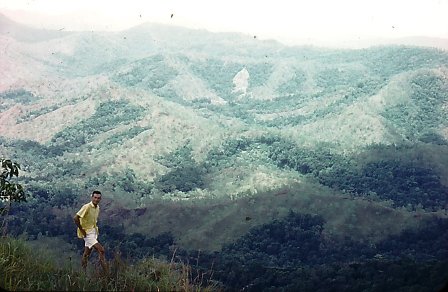 We had been riding uphill for a long time and now we were high in the hills. 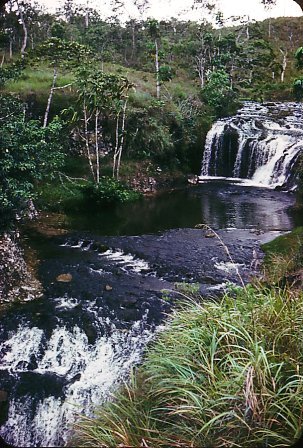 We found this beautiful swimming hole in the fast running creek and the water was freezing coming down from the mountains. 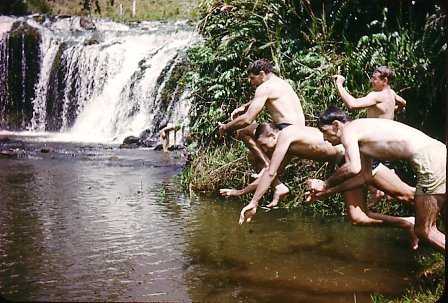 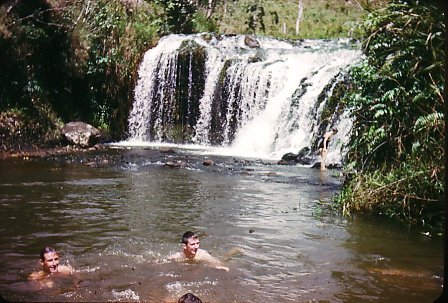 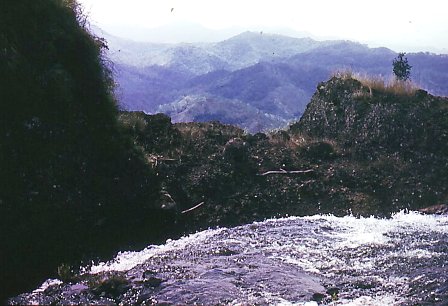 .....not to get swept over the waterfall.
As if that wasn't enough thrills for the day on the way down the mountain we stopped at Sogerie Weir where there is a flume (concrete water channel) feeding water into the weir it is quite fast flowing and it goes underground through a pipe and grates into the weir so it is dangerous to swim in it but heaps of fun getting floated down at speed. 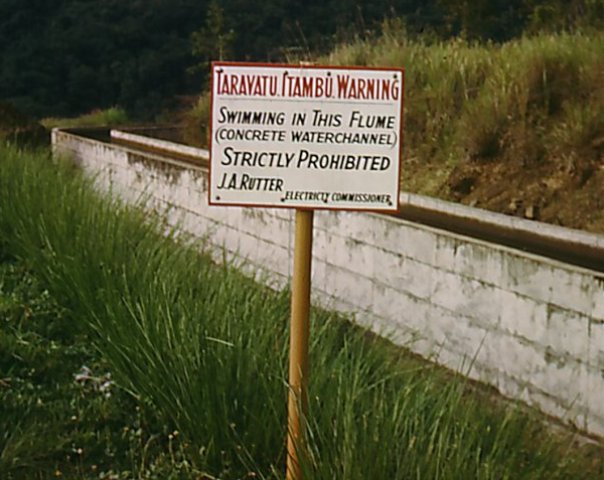 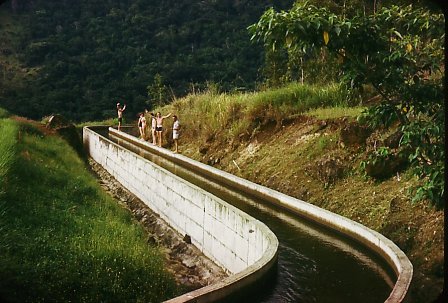 First you have to balance on the side and walk a mile and a half up hill. This is where I chickened out as I got dizzy walking on the wall with a drop on one side and speeding water on the other. The others continued and I waited for them to come........ 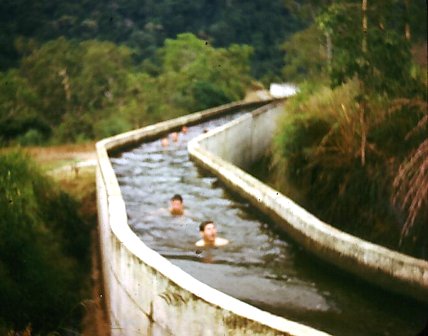 .....bobbing down, shrieking with excitement. I hopped in and went a short distance it was fun but scary as you had to... 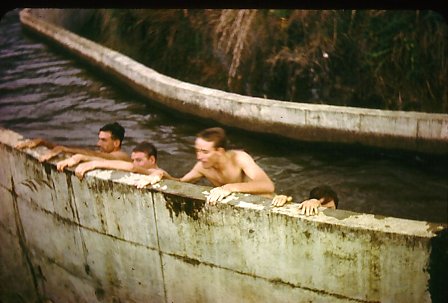 ....grab the wall and haul yourself out before you got dragged into the pipe. 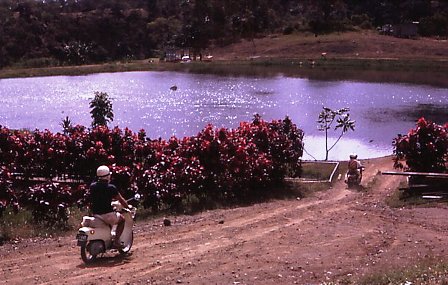 We continued on down the hill past the weir and stopped at a picnic spot and..... 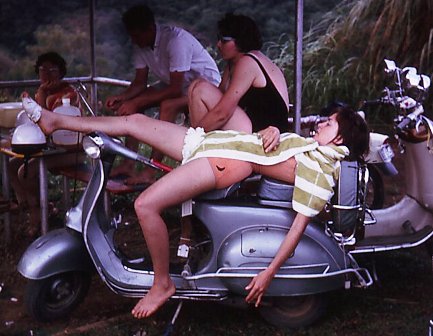 ...bandaged up Del's foot that she had scraped in the concrete channel. Then home to someones place for fish and chips for tea.

The next trip was to Hombrom's bluff up in the foothills again. We stopped at..... 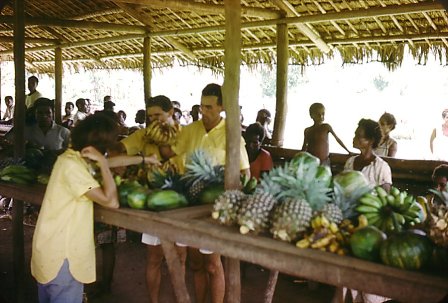 ......the Sogeri markets to buy fruit for morning tea. 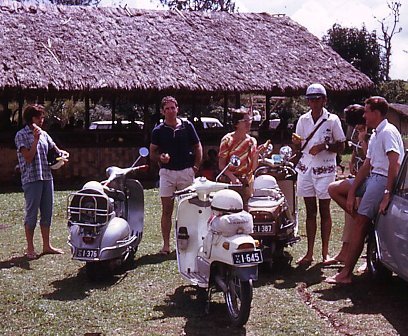 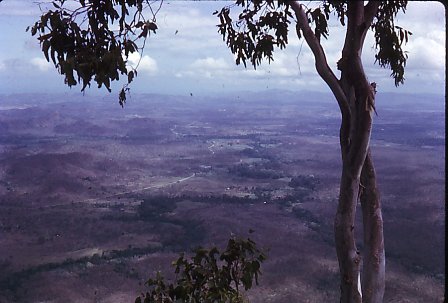 The view looking back towards Pt Moresby you can see the dirt road we came up. 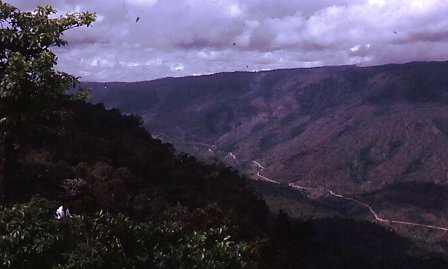 Looking towards Sogeri with the road snaking through the hills. 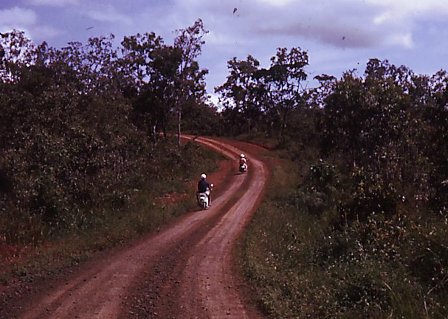 Riding down the hill. The road was corrugated and it made your hands and arms tingle. 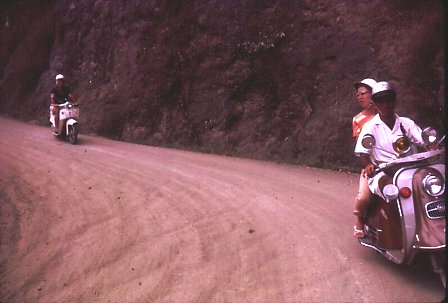 Down we come to beat the afternoon tropical downpour.

We pull into the only hotel up there at Sogeri. P/NG.

40 YEARS LATER we sit around the table of another hotel -in Brisbane, Aust. 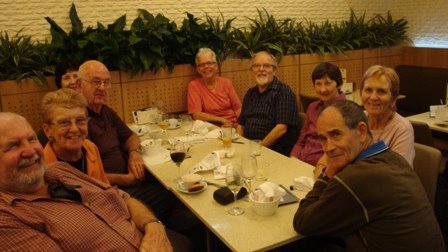