After six months of dilly dallying, the workmen finally finished making a wider firebreak around the perimeter of the Daisy Hill Conservation Park and they have opened the walking tracks that were closed off while they were working. Part of that perimeter borders our village. So we have a new firebreak around our village. Yesterday my friend , Helen and I went to explore the firebreak now that the tracks are open again. Not all the tracks were closed, just the ones near our village and the perimeter of the forest. 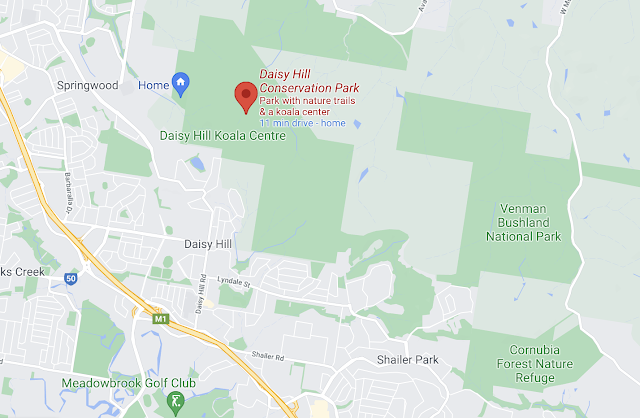 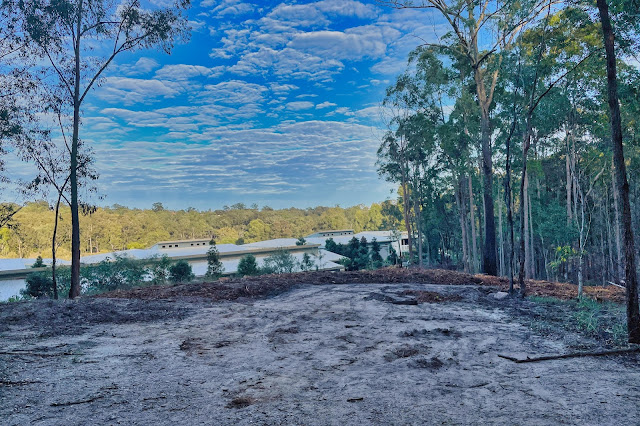 We set off behind the village. 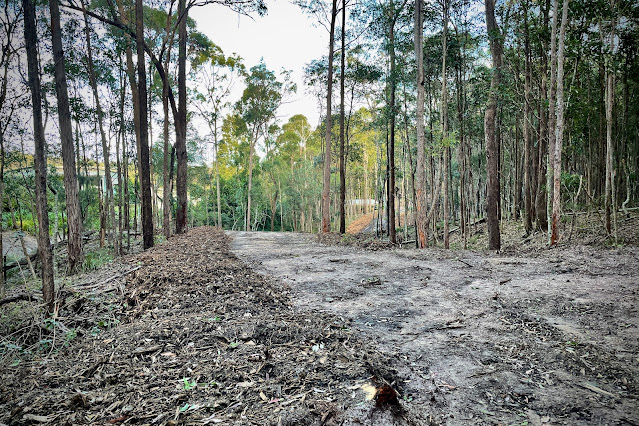 There were more hills than I expected. We walked parallel to the village border. 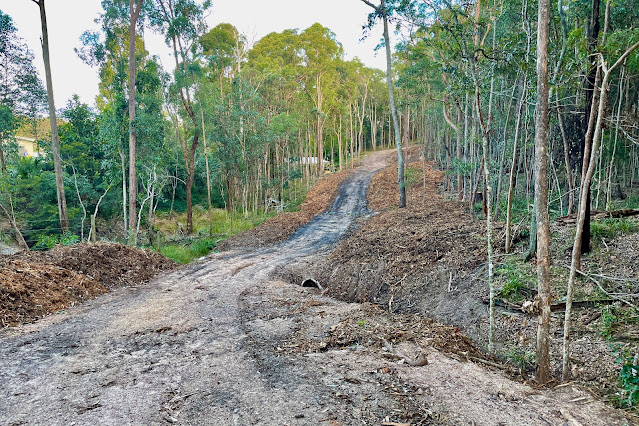 Trees that were cut down were mulched and spread on the side of the break. 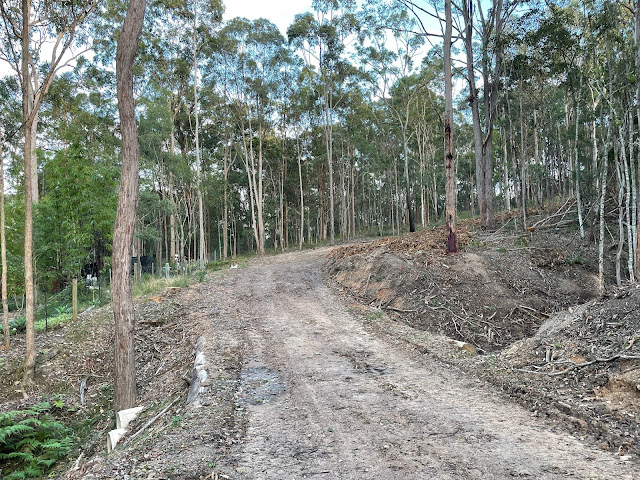 Then we veered away from the village and skirted the neighbours property. It was a bit of a climb. 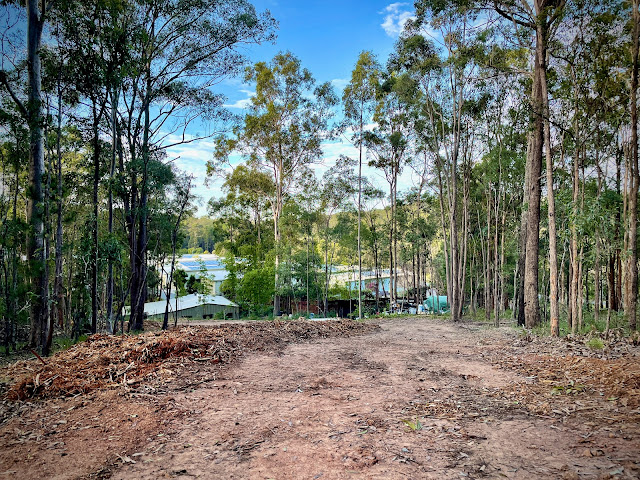 At the top I turned around and could see the village workshop and greenhouse. 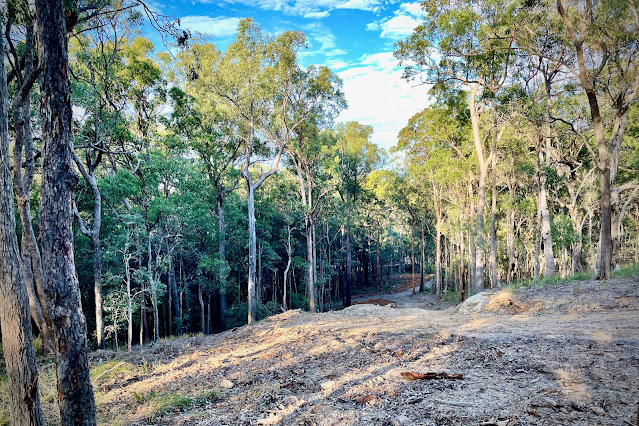 We climbed up even higher. Then we could see the firebreak disappeared following the perimeter of the forest so we decided to find our way back on an old track. 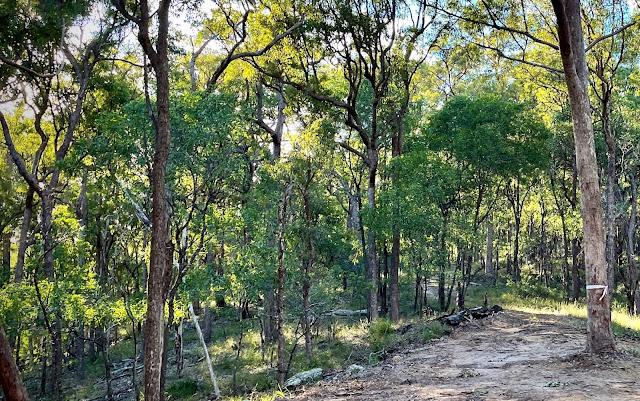 I had walked this track some years ago and was sure it would get us back to the village via a different route. So that we actually made a circuit.  We hope that this fire break keeps us safe in summer and I hope the fires are not as bad as last year or as bad as in USA. We were lucky last year. There were no fires in our forest. We have had more rain this year than usual so hopefully the forest isn't too dry.
Posted by diane b