It was the AFL Final last night. AFL(Australian Football League) is one of the football codes played in Australia. It started in Victoria and it is extremely popular in that state but all the other states play now. However, the final is always held in Melbourne, but due to the second wave of Covid, which hit Melbourne badly, the final was played in our state Queensland for the first time ever so it was an historic match. So due to restrictions in Melbourne, our daughter's family couldn't have friends or family visit to watch the match together on TV and have a traditional Footy Finals Party. It was sad for them.

So when we were invited to a AFL Footy Final Party in the village we decided to go and support Sonya and Bernie's team, The Richmond Tigers. We were encouraged to dress in our teams colours. The Tigers played The Geelong Cats. We watched it on the big screen in our community centre and our CEO, Chiou See and her partner, Brendon provided us with meat pies and chips which is the traditional food at a football match.

It was an exciting and very close game but The Tigers won in the end. After the match Bill won a prize for being the best dressed Tiger supporter. Last year Sonya had sent him a Tiger T-shirt and I made him a Tiger cap. 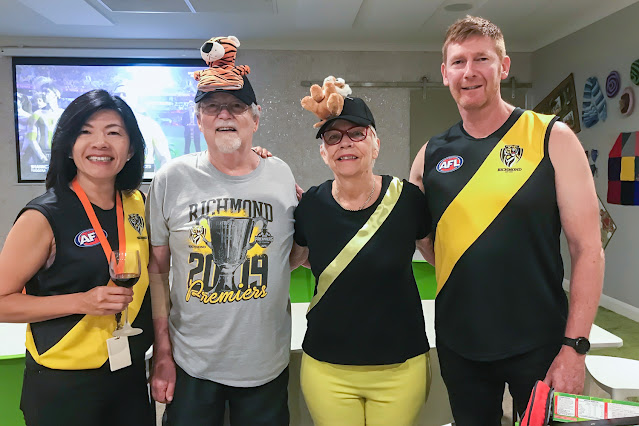 Chiou See (CEO) and Brendan hosts of the party. 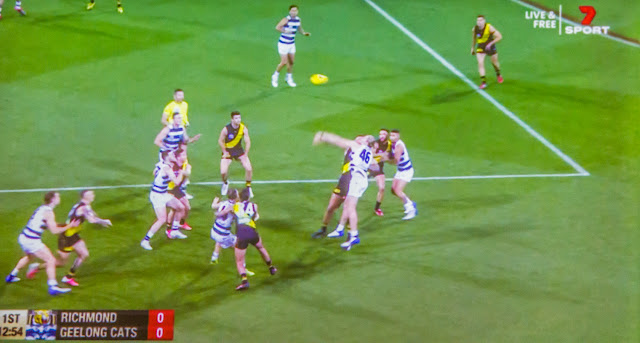 We watched the match on the big screen in the hall. 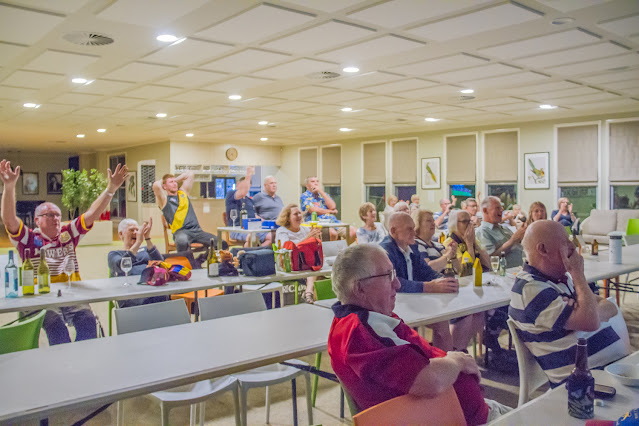 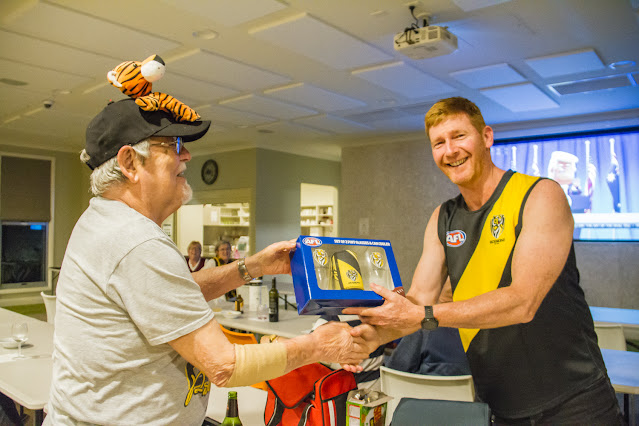 Bill won a prize for being the best dressed Richmond Tigers supporter. 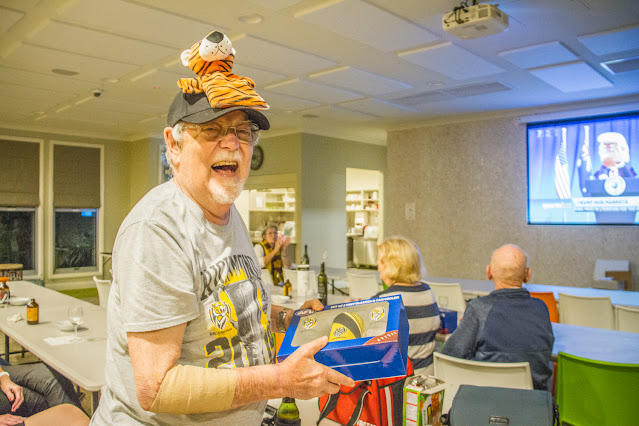 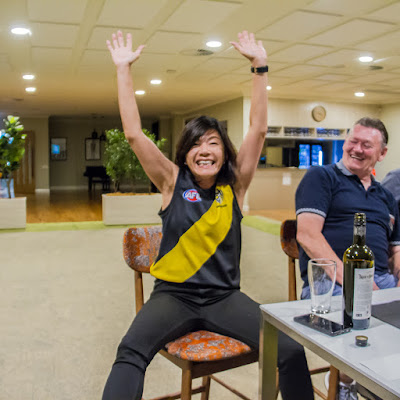 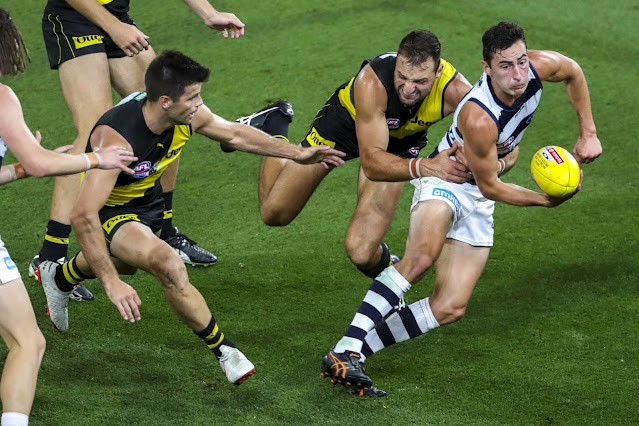 Some shots from the sports news 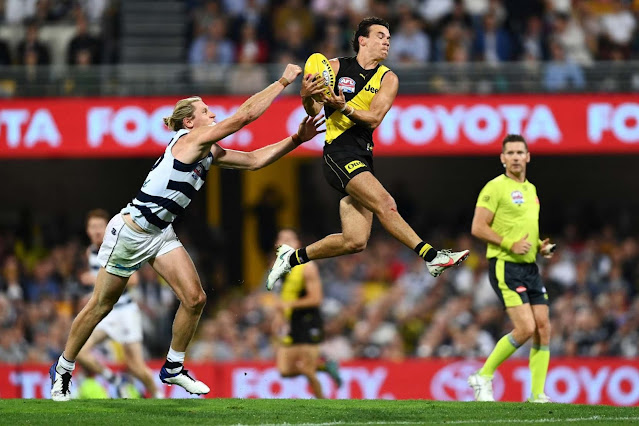 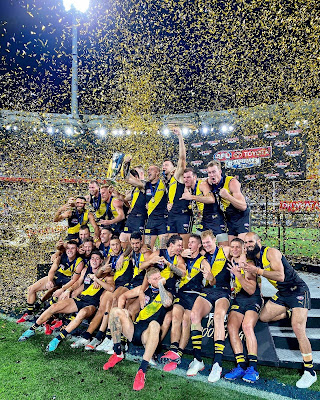 Richmond Tigers are the winners!
Posted by diane b