So it was Bill's birthday this week. Our darling daughter's surprised him by coming from Sydney and Melbourne to celebrate with him. It was the best present ever. They also bought a beautiful birthday cheese cake with white chocolate. They could only stay overnight and then it was back to work for Carol and back to the boys for Sonya. 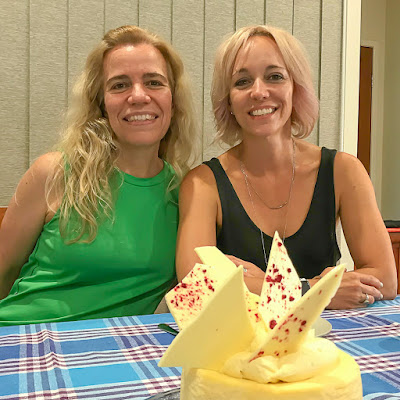 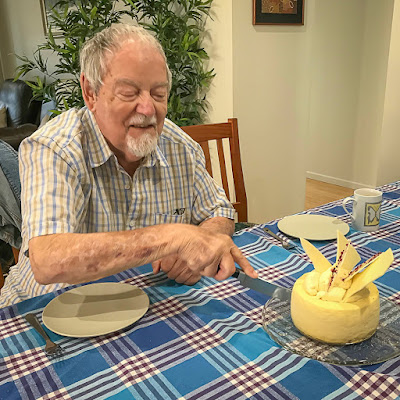 This was afternoon tea. Later we all went out to our favourite Thai Restaurant for dinner. 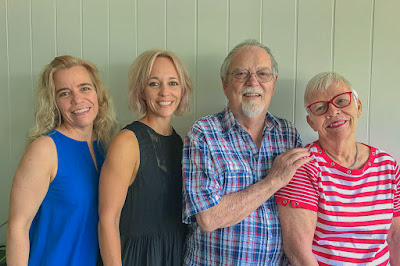 We don't often get together as a family so a quick snap before they go home.

The next day it was Birthday Bear Celebrations with our friends from work years ago. 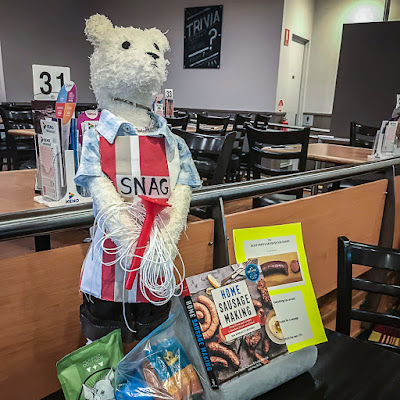 It's no secret that Bill loves sausages, especially Swiss ones.
'Snag' is Aussie slang for sausage but it also stands for 'Sensitive New Age Guy.' 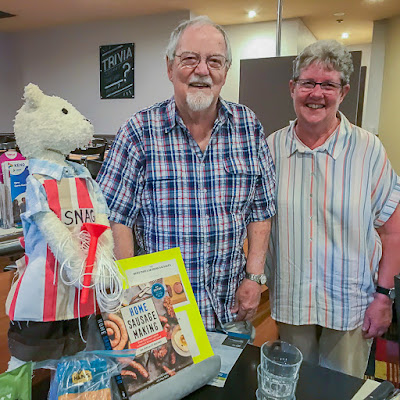 Chris dressed Bear as a sausage maker. He had all the gear and books to tell how to make your own sausages. 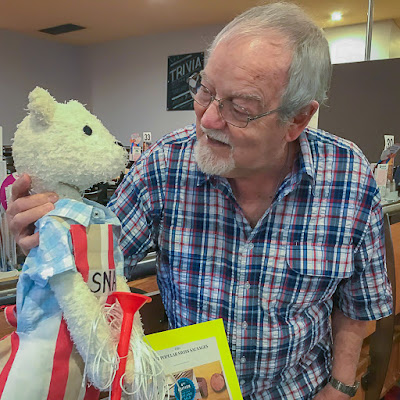 Bill was vey happy with his Birthday Bear and he was keen to get some tuition from him. 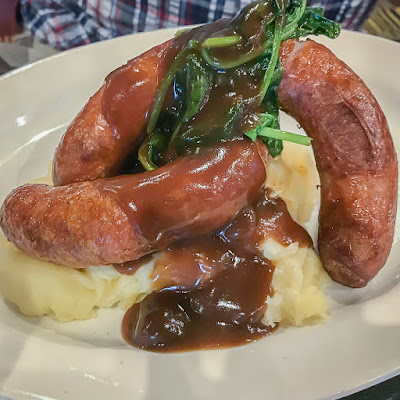 Guess what Bill ordered for lunch at Sunnybank Hotel? 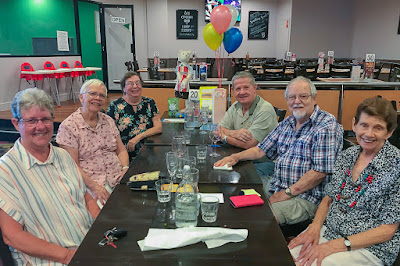 Our group was a little smaller today. Poor Ann has had an operation on her chin for a skin cancer and it was still bleeding so she couldn't join us. Bob had gone to play the "Pokies" just before we all went home tired and happy.The food and wine was delicious.
Posted by diane b