We took ourselves off for a visit to GoMA as we haven't been for a while. There was a Margaret Olley exhibition on and I rather like her work. When we arrived we discovered that there was also a Ben Quilty exhibition. Bill found is work very interesting and he liked it very much. 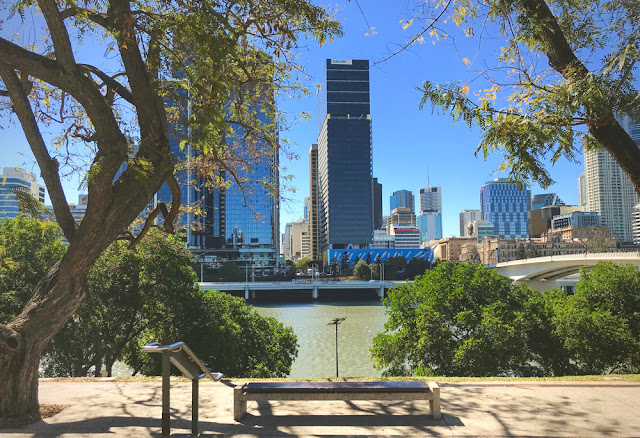 We caught the bus into town to save parking fees. We walked along the riverside to GoMA. 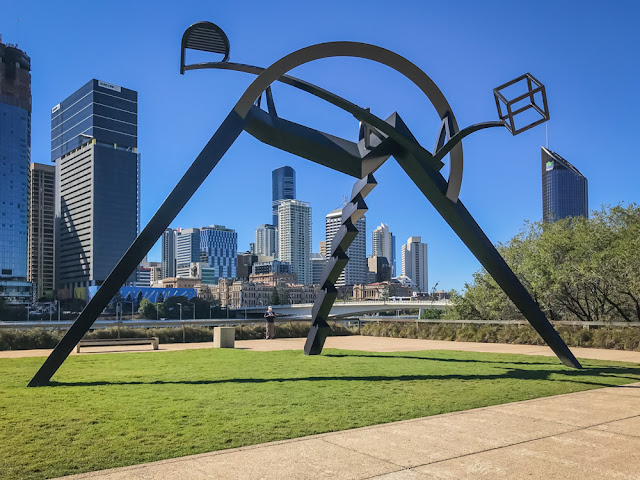 Outdoor sculptures reminds us that we are in the cultural centre of Brisbane. 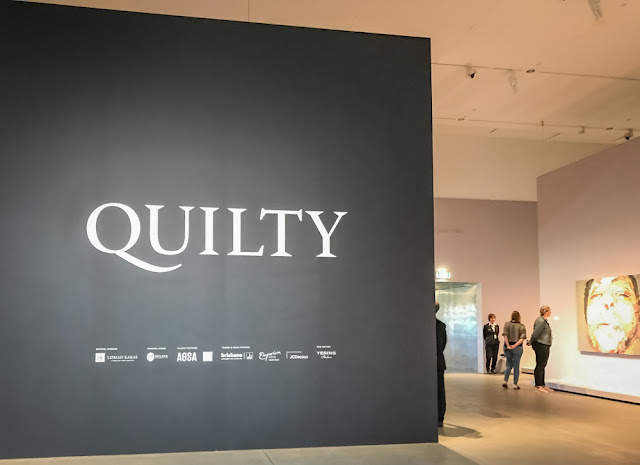 After a coffee in the Sate Library Cafe we continued on to the Modern Art Gallery. When Bill saw some of Quilty's work we had to venture into his exhibition first. Ben Quilty, b. 1973 is an Australian artist and social commentator. He was a war artist in Afghanistan and he has visited many countries where there are refugee problems. He has won many prizes including the Archibald portrait prize. Rorschach tests, the old inkblots into which viewers project their own preoccupations, have been a major feature of his work in the past decade. 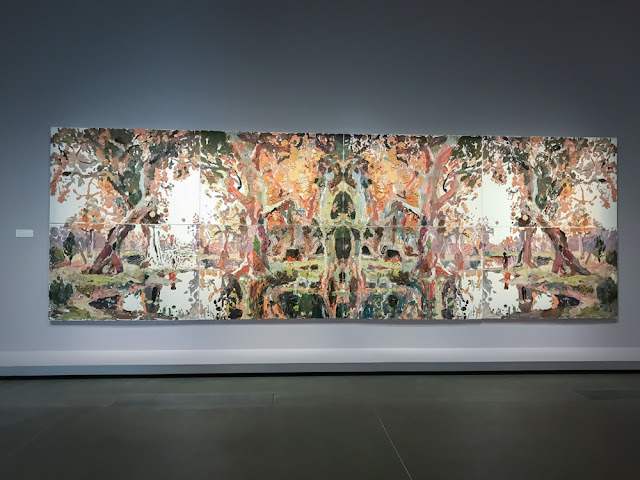 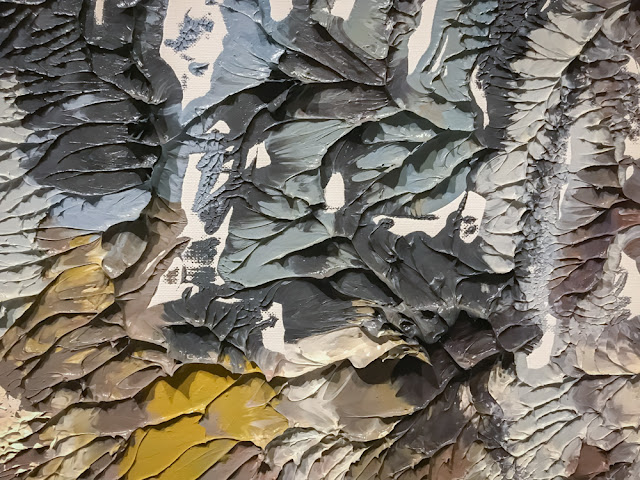 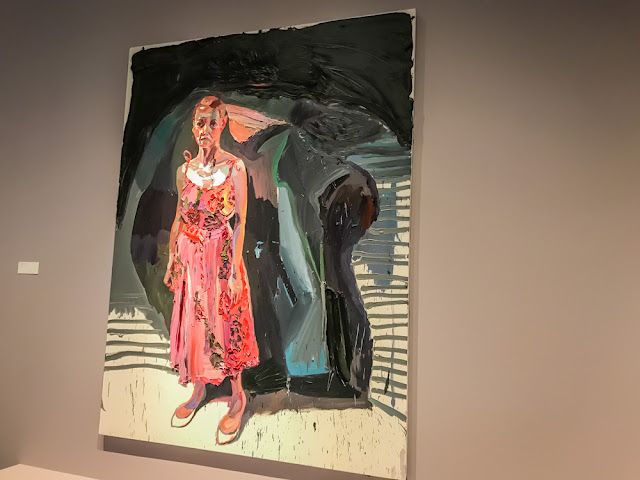 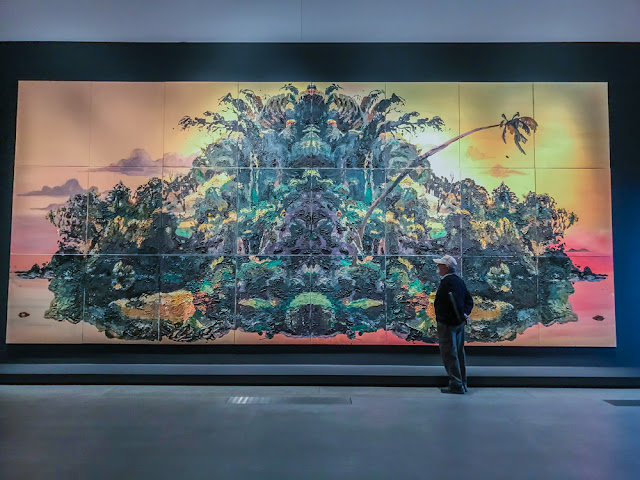 This one was huge. 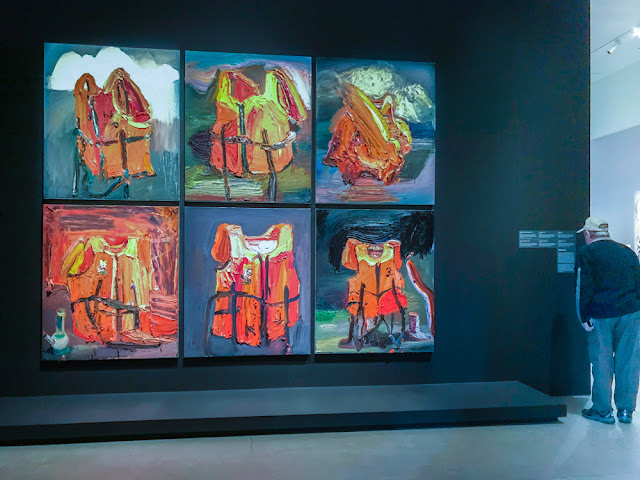 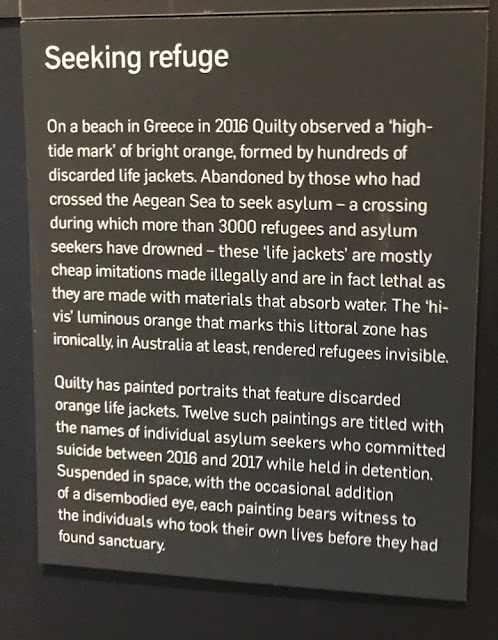 Bill was reading this sad story about this piece of art. There was another similar one on the next wall. This is only one of his social comment pieces. 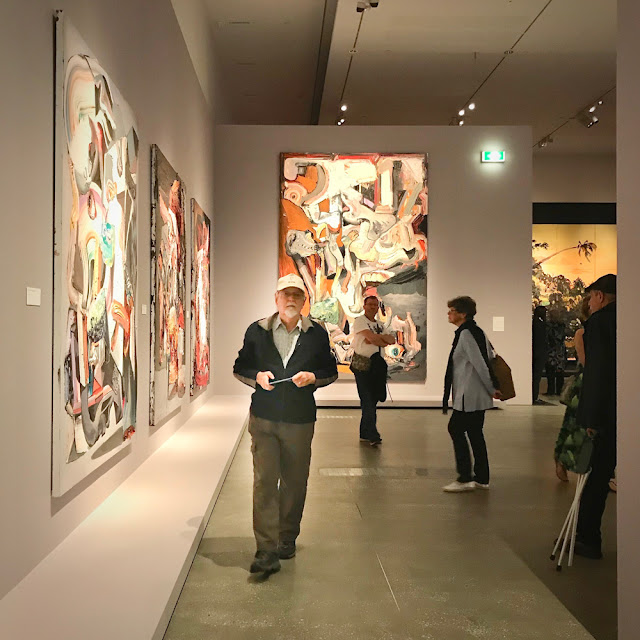 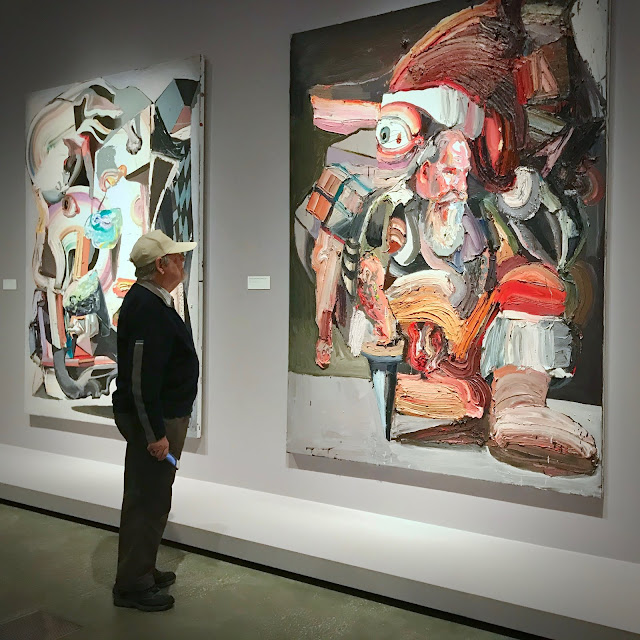 Then we went into the Margaret Olley exhibition. Margaret Olley is one of Australia’s most significant still-life and interior painters. She drew inspiration from her home and studio and the beauty of the everyday objects she gathered around her. Born 24 June 1923 and died 25 July 2011. 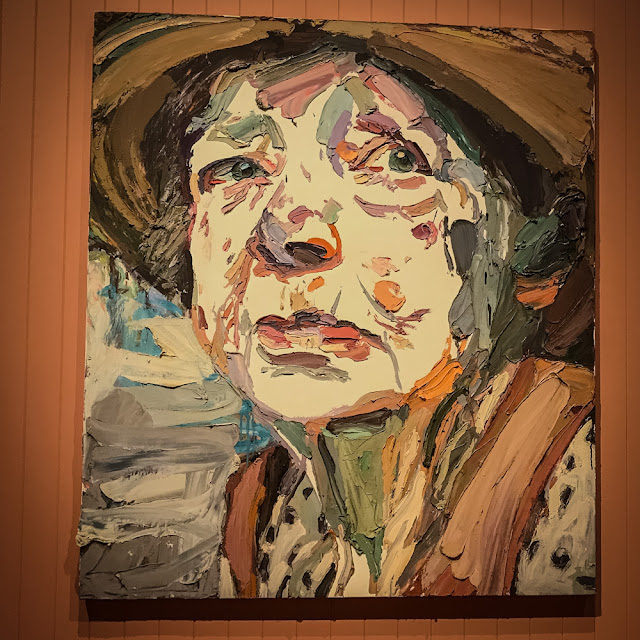 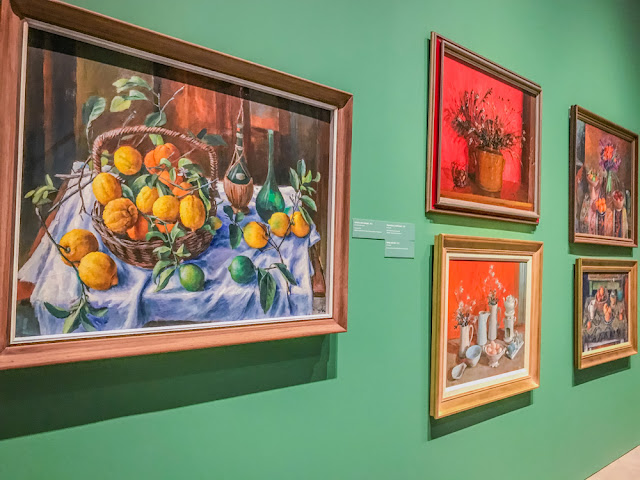 I'm not all that fussed on still life but I do like her work very much. 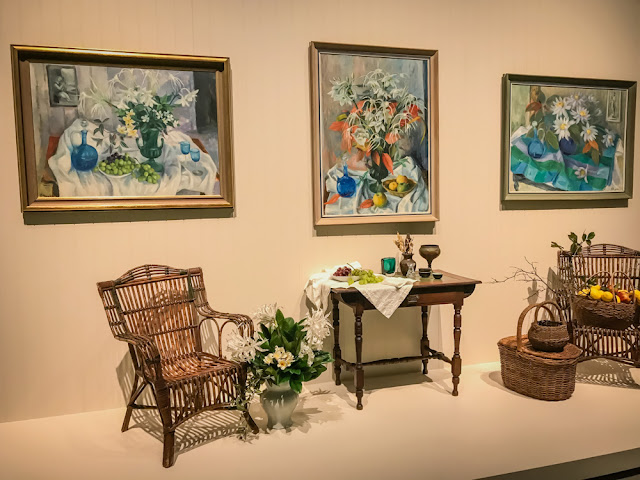