In Jan 1978 Carol-Ann was five and would be turning six in June so It was time to start school. We lived close to Springwood Central State School in Dennis Rd. So we could walk to school. They wore a uniform of a green dress with a yellow and green check trim. Carol and I were both nervous. I hoped she would be happy and be able to look after herself. Its always hard to say good bye to your babies when they start school. However, she was confident and all went well. Now I could spend some quality time with Sonya. 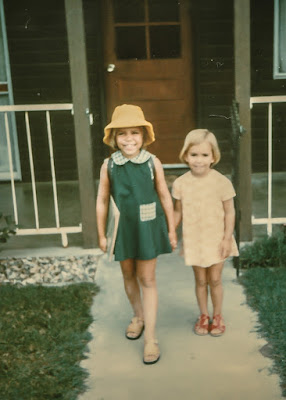 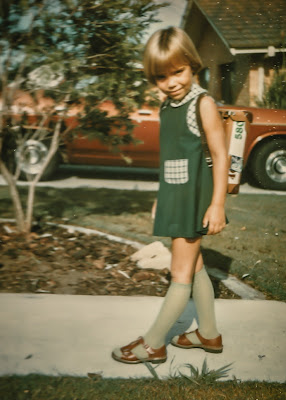 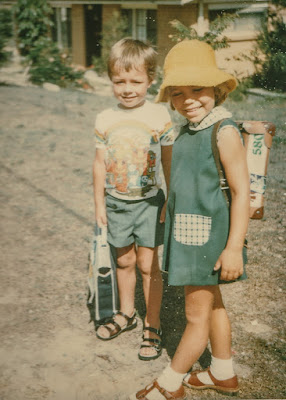 The next day our neighbour, Adam, started preschool, so Carol took him under her wing. 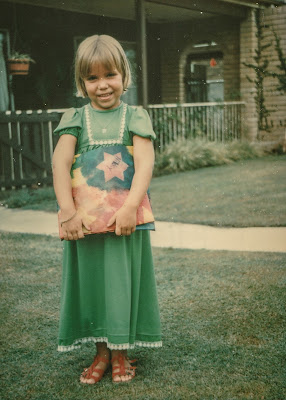 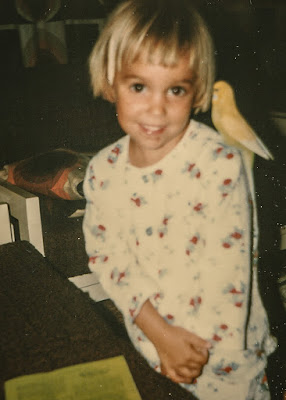 We  had a pet bird at the time. It was a messy animal and I hated to see birds in cages so we gave it back to the breeder. 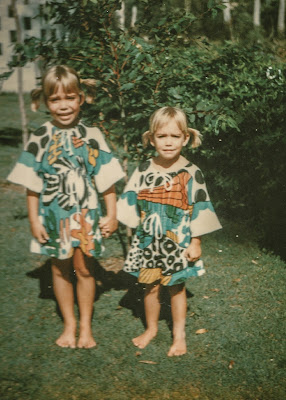 Grandma made them terry towelling throw over dresses for their swimming togs.
Posted by diane b