THEY WENT WITHOUT ME

The weather was fine the next day, so the families left early (without Bill and me) to hike to the summit of Mt Kosciuszko. It is the highest point in Australia named after a national hero of Poland by the polish explorer Strzelecki, who climbed the mountain in 1840.
The following photos were taken by Bernie and Sonya. 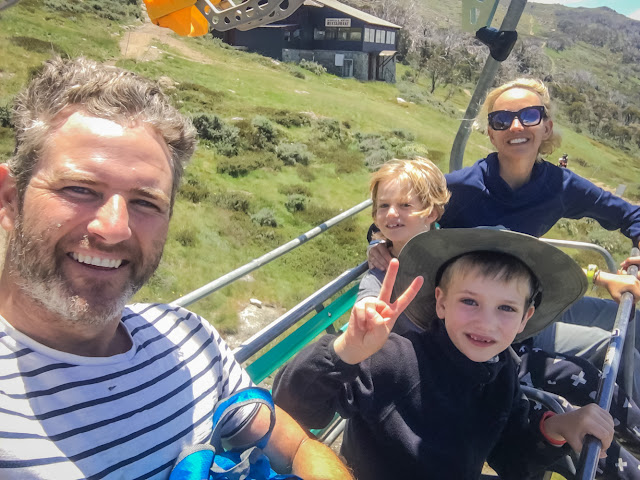 Today you can drive to Thredbo and ride the chairlift then walk 6k to the summit. 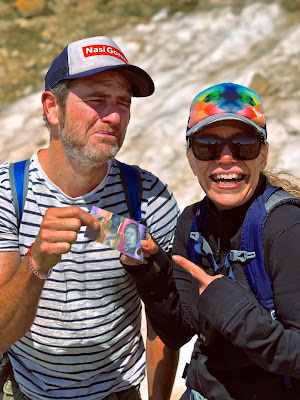 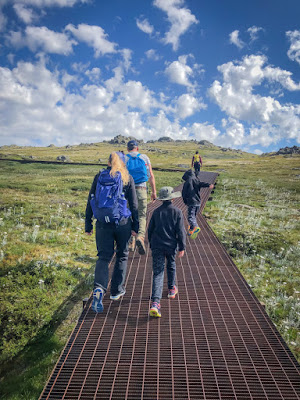 Off they go. As they set off Bernie had a $5 wager with Carol that there wouldn't be any snow because it was a hot day down at Jindabyne. However, it was cooler on the mountain and he lost his $5. 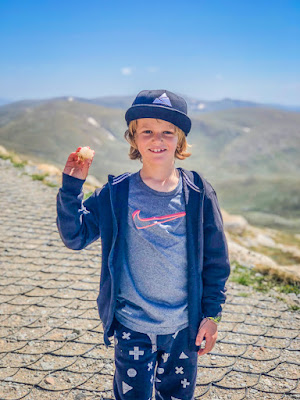 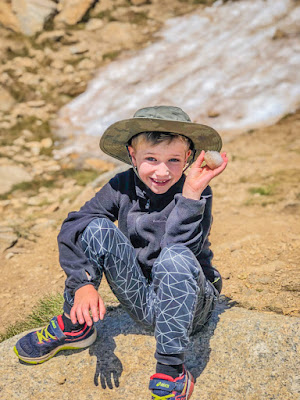 The boys could make a tiny snowball. 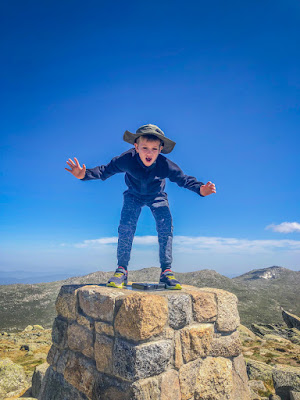 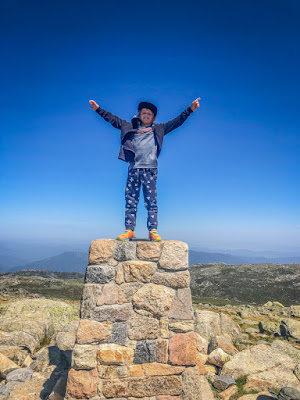 Finally they reached the summit. Sonya was proud of the boys 6 and 8 years old for walking all the way there and back in the wind without complaining or needing help. 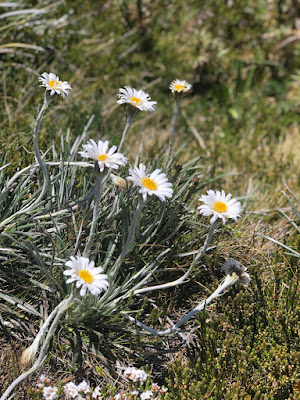 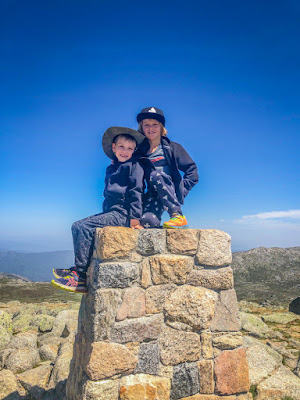 Banjo and Fox and the Hoary Sunray Daisy. (Leucochrysum albicans) is a pretty but endangered native alpine daisy. 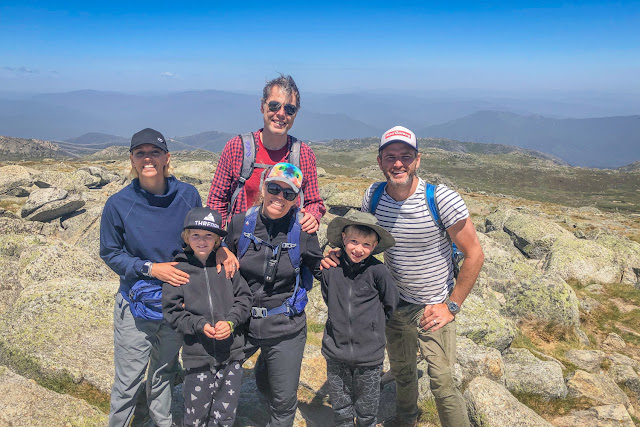 Our wonderful family on the top of Australia. Its great to have them all back 'down under' after Carol and David lived in the UK for 7 years and Sonya, Bernie and the boys lived in US for 5 years. Australia Rules. 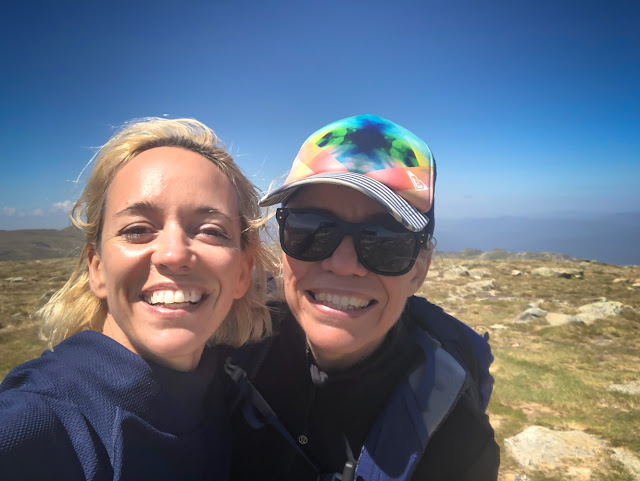 Our lovely daughters who looked after me so well. 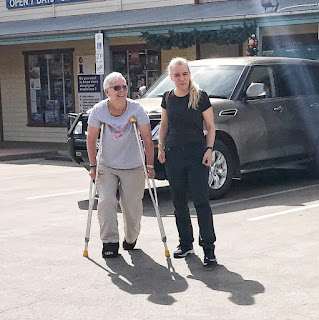 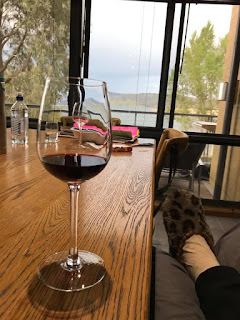 While they were having fun in the wind on the mountain I was resting my ankle with ice and red medicine. I was worried about the swelling and bruising getting worse. When the family returned from the hike I asked Carol to take me to the Snowy Mountain Medical Centre in Jindabyne. I felt bad because I knew she was tired, hungry and had a headache from the high altitude hike. The doctor guessed the ankle was broken and checked with his x-ray machine and then sold me a moonboot. He told me to buy crutches next door at the Pharmacy and don't walk on it for ten days, and I was on my way within half an hour. Better service than in the city.
Now how to get back to Brisbane?