GETTING HOME ON ONE FOOT

I spent the last evening in our holiday house learning how to use crutches and navigate stairs and the bathroom. Wasn't easy. 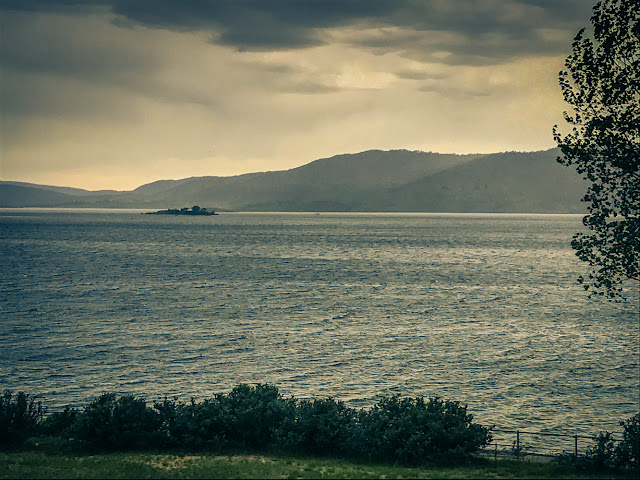 Lake Jindabyne outside our window. 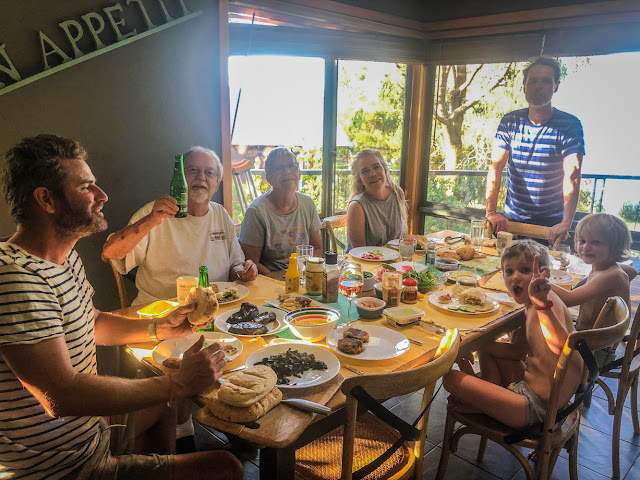 Lunch with the family (Sonya took the photo). It was very hot so the boys wore very little. 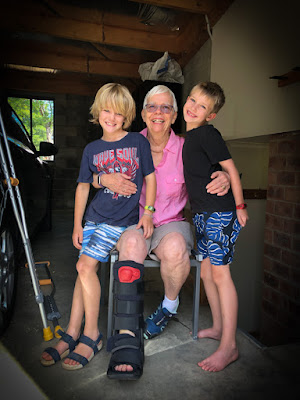 Saying goodbye to the boys. They were travelling south back to Melbourne and we were going north to Canberra with Carol and David. 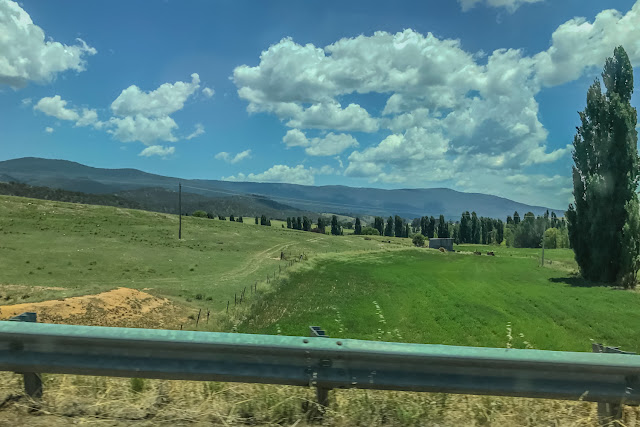 We drove from Jindabyne to Cooma where we stopped at the Snowy Hydro Discovery Centre. It showcases the history of the Snowy Mountains Scheme. It is the story of people who persevered through harsh conditions to build one of the greatest engineering projects ever undertaken in the world. It is a hydro power and irrigation scheme. It was constructed between 1949 and 1974. 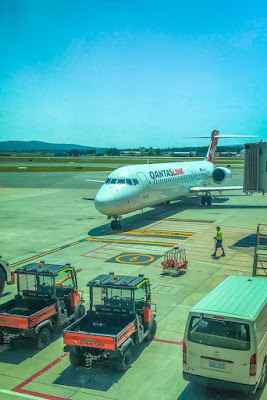 After Cooma we continued onto Canberra where we stayed overnight in a hotel. We were to drive on the next day to Sydney and stay with Carol for a few days before flying home to Brisbane. However, Carol's apartment is on the third floor without a lift/elevator this would be difficult on crutches. So we changed plans and went to Canberra airport and organised a flight change and flew home from there. QANTAS was very good at providing a wheelchair and a pusher to get me on and off the plane. (Bill says we are going to keep the boot and wear it every time we go to the airport to get on the plane first.)  I was happy to be going home to put my foot up. 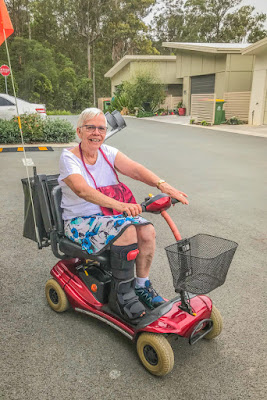 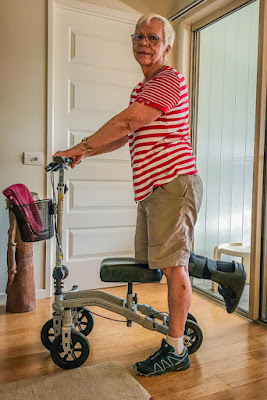 When I got back to the village one of the residents lent me a motorised scooter. I found crutches difficult to use so we hired a knee walker. I had to keep off the foot for two weeks and now I can put a little weight on it and the pain has eased. I have to keep the boot on for six and a half weeks (three and a half to go). It wasn't a good start to the new year but it was still fun to be with the all the family for a week in a very scenic place.
Posted by diane b