A CALL FOR HELP at the other end of the country.

So the call came, "Is it possible for you to baby sit for the weekend?"
Luckily, our calendar was clear so off we flew to Melbourne way down south. (But closer than LA where they used to live.) It so happened that Bernie was working and Sonya had been asked to fly to LA for the weekend ??? to work on a show that is coming to Sydney in Jan. Sonya is doing free lance production manager work now and then.
We arrived on Friday and Bernie and the boys met us at the airport at the same time Sonya was at the international terminal waiting for her flight but we didn't see each other. 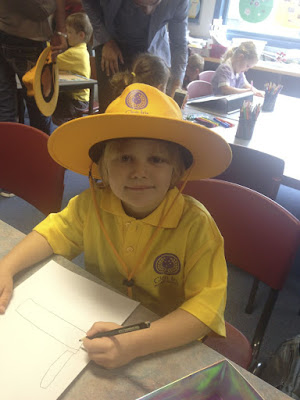 Earlier that morning, Fox had been to his new school with the Start Up Program, where the newbies go to school a few hours each Friday to prepare them for when they start for real next January. I think it is a super idea.
Bernie showed us around the house and then went off to work. He is acting in the series called, "Wentworth". It will be shown on SoHo next year.
So we played with the boys, fed them, bathed them and put them to bed. This is all fairly new to us. It was learning as we go.

The next morning we went for a walk to the duck pond and playground. Thank goodness for Google Maps. 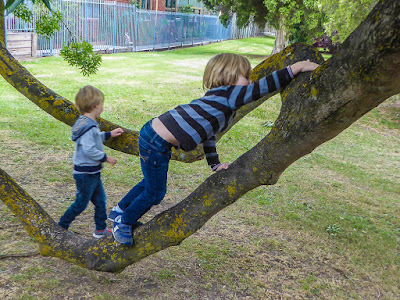 On the way we found a bendy tree to climb. 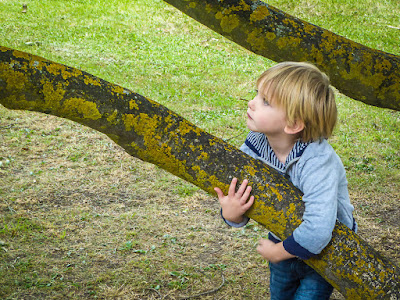 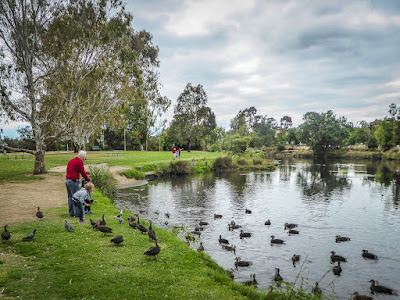 Then it was feed the ducks and make sure Banjo didn't throw himself in. 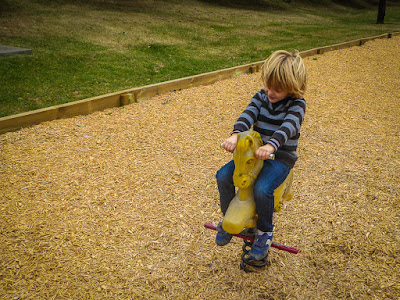 Sonya had told us there was a playground near the duck pond but we walked and walked and couldn't find it until we turned around and found it on the way back. (Where Fox had said it was.) 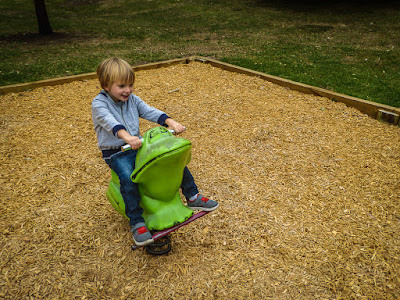 Then we walked home. It was a long way for one tired little boy who by now was a tad grumpy. So it was  piggy back time. 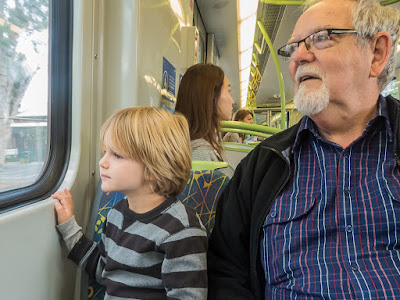 On Sunday we worked out where the nearest train station was and what time the trains left for the city. (All Hail Mr Google!) Thanks to Sonya's suggestion we took the boys to the city square to post a letter to Santa. We had written letters to Santa the day before and I promptly forgot to pack them in the bag which was full of snacks, wipes, a book and an iPad. 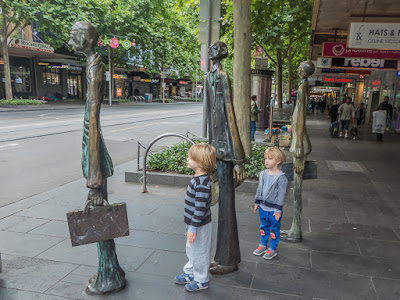 So when we arrived in town we walked the streets looking for a newsagent to buy more letter writing materials. On the way we had fun with these statues. Thanks to our friend Ken, we have a description of the sculpture: Three Businessmen by Alison Weaver and Paul Quinn
These three statues are on the corner of Swanston and Bourke Sts Melbourne.
"Officially named the 'Three Businessmen Who Brought Their Own Lunch: Batman, Swanston and Hoddle', this whimsical, life- sized sculpture pays homage to Melbourne's three pioneers, returning them to the city's streets as pedestrians observing Melbourne's development throughout time." 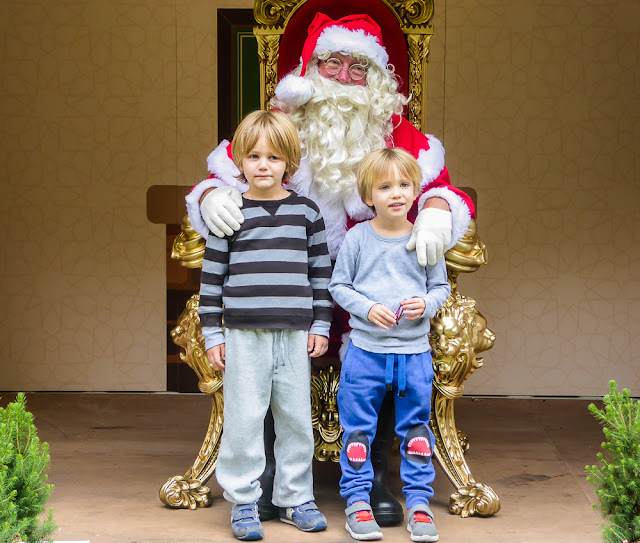 Surprise, surprise, Santa arrived in the City Square and we didn't have to line up for long. 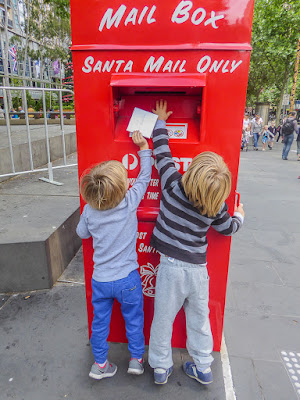 Why would you design a Santa Mailbox with the slot too high for little children??? 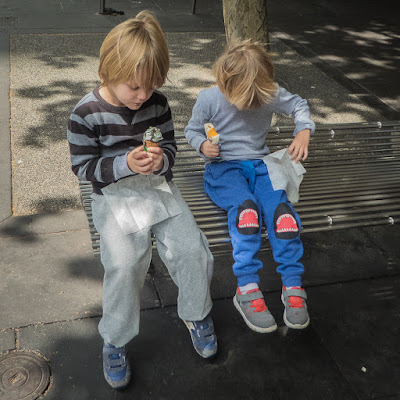 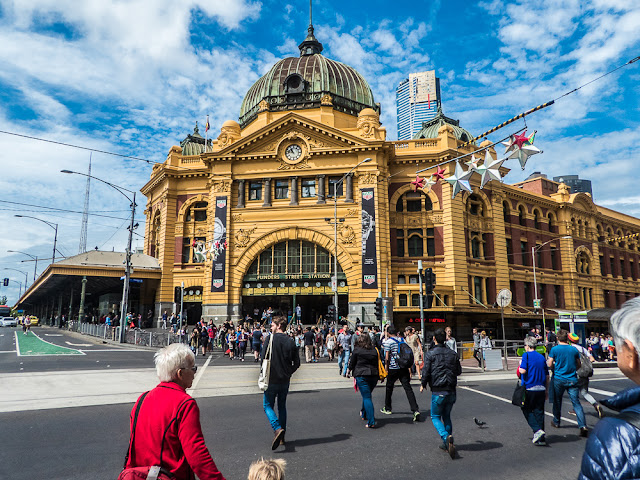 It was getting close to lunch time and tired time so we headed back to Melbourne's famous Flinders Street Station. Melbourne is also famous for its unpredictable weather. It was cold (17°C) even though its summer. The next day it was hot. (33°C) 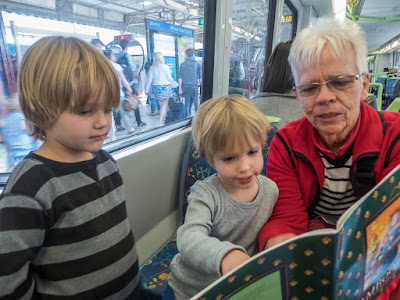 Mr Google told us we needed the Glen Waverley line to get back to Darling Station.  When the boys started getting restless I remembered the book and iPad that I had packed....pity about Santa's letters. 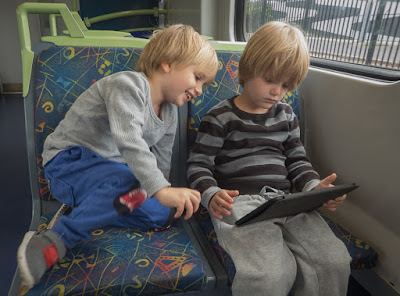 Bernie returned from his weekend job and took the boys to a playground so we could have a rest. But Bernie plays in a band on Sunday night so we took over again. 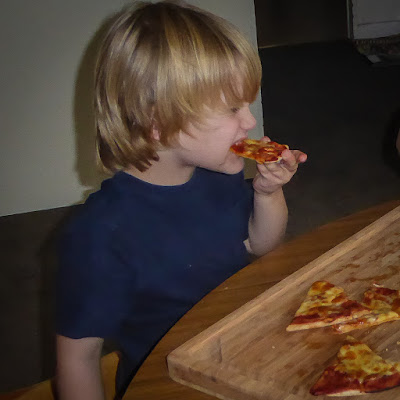 Fox made his own Pizza but Banjo wanted spaghetti. 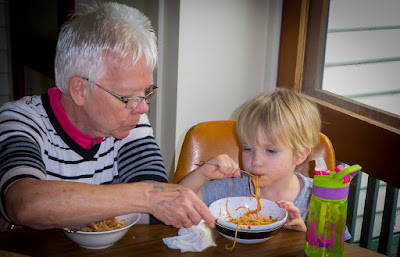 He wouldn't let me cut it or twist it. It was hilarious watching him.
Soon it was bath time, story time and then we all fell into bed exhausted.

Monday morning we had to return to Brisbane and Aunty Kate took the baton and cared for the boys until Bernie returned from work. Sonya arrived home the next morning.
It was fun bonding with the boys but we found it tiring. I take my hat off to all those grandparents out there who care for their grand children on a regular basis.
(All photos except the first were taken by Bill, the first by Sonya.)
Posted by diane b