CHRISTMAS WITH CHILDREN IN AUSTRALIA

This is the first year that we have celebrated Christmas with the grandchildren in our home. Once before we had Christmas with them in Victoria, two years ago. They arrived five days before Christmas and they were leaving on Christmas Day to celebrate in Melbourne with their other family. Their Aunty Carol and Uncle David arrived a day later. It was fun having the house full with family. So many times we spent Christmas alone when the young ones were living in England and America. 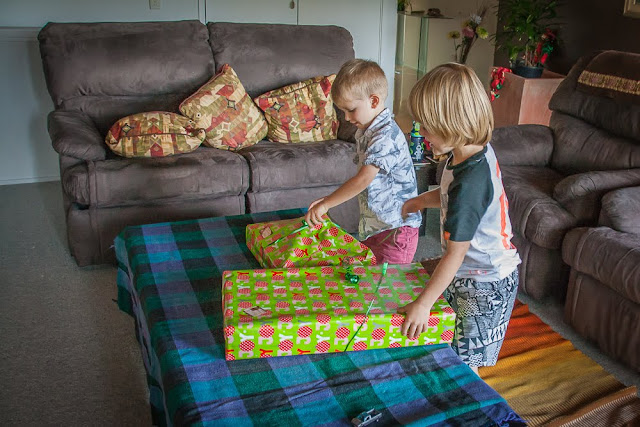 Since they would have lots of gifts at Christmas, I thought they could have our gifts early to keep them entertained while they excitedly waited for the big day. In fact they have two big days because we have always celebrated Christmas on Christmas Eve like they do in Switzerland and then they go to their other family on Christmas Day. 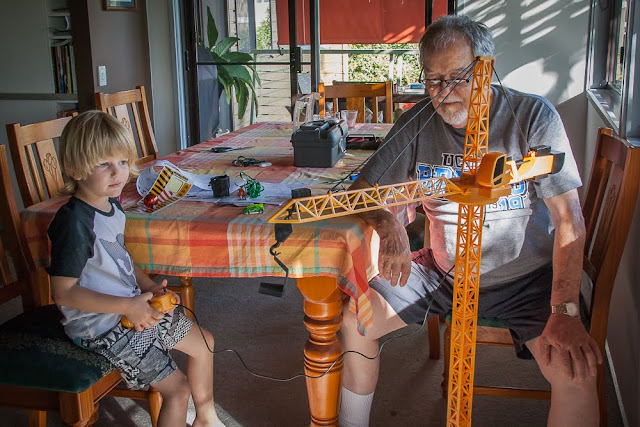 Granddaddy chose a remote control crane for Fox. The three boys all had fun with it. 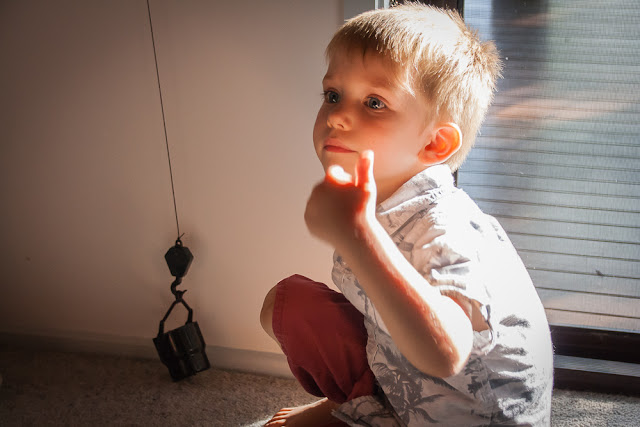 Banjo loads the crane and gives the okay to the driver. Banjo also got a monster truck set. 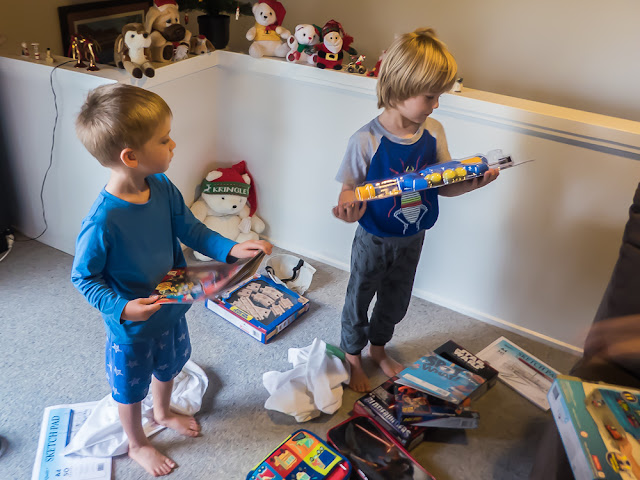 At last Santa arrived and there were two happy little boys with their toys. 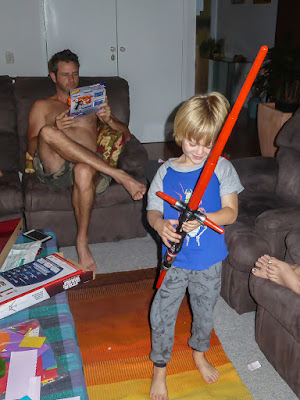 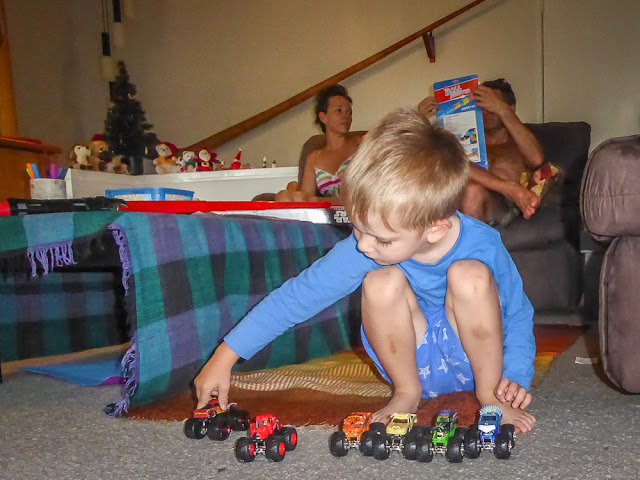 Banjo got a fleet of monster trucks 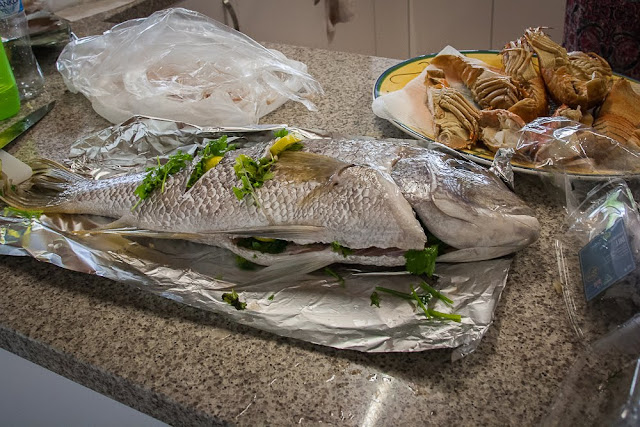 Soon it was time for Christmas lunch of seafood and salads.
One huge Snapper, Moreton Bay Bugs and prawns. 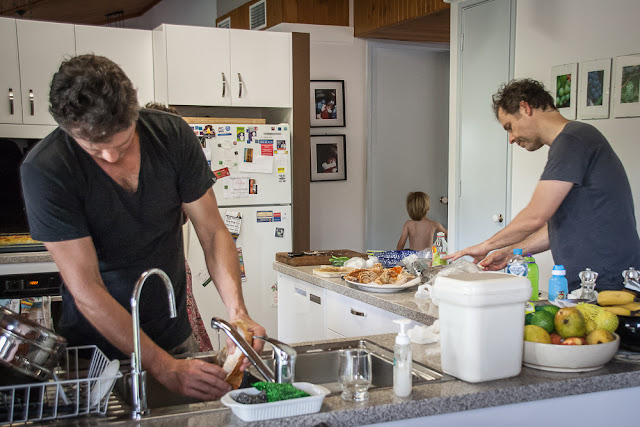 Both son in laws are great cooks so they took over the kitchen. 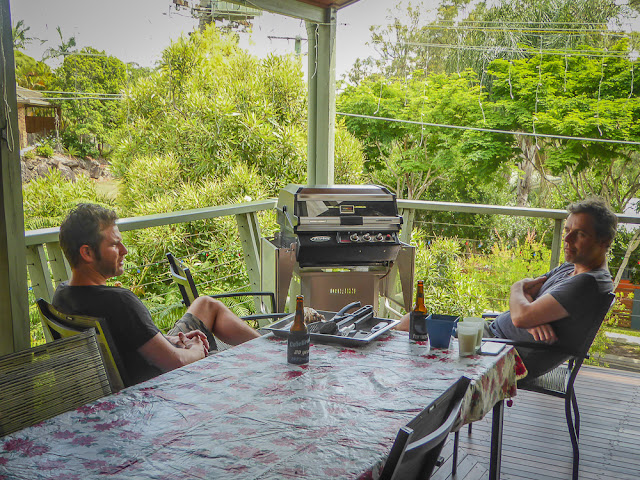 Then they put the fish into the barbecue and waited. 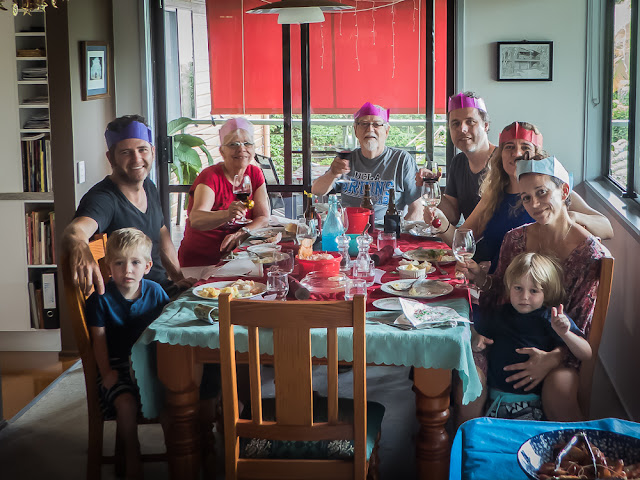 We decided to eat inside in the cool air-conditioning and avoid flies. 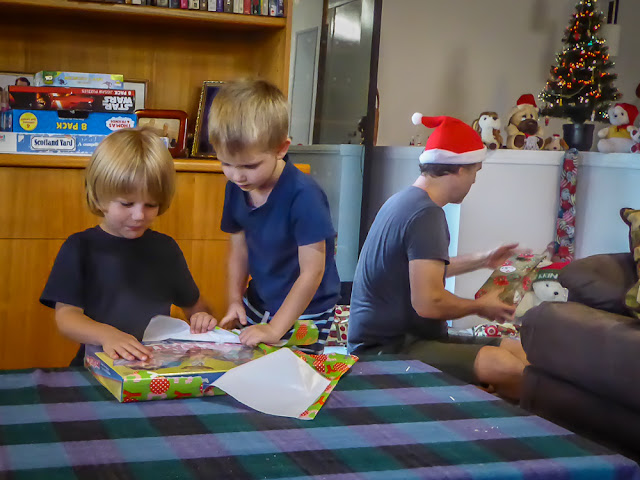 After lunch it was time to give out the family presents. Fox chose Uncle David to be Santa and Fox was Santa's helper in giving out the presents. 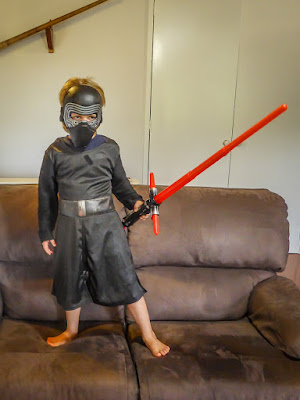 A mini Kylo Ren from Star Wars dropped in to join the celebrations.
Soon it was time for them all to leave to join their other families. Then it was nice to enjoy the peace and quiet and the slower pace of us oldies.

Email ThisBlogThis!Share to TwitterShare to FacebookShare to Pinterest
Labels: Christmas 2015