I have wanted to walk on the new Riverwalk since it was opened in September 2014. The original New Farm Riverwalk was built in 2003 but it was extensively damaged during the 2011 floods with part of it being washed away down stream. The walk connects the suburb of New Farm with the Brisbane city centre.  Finally we got to do the walk and a bit extra. 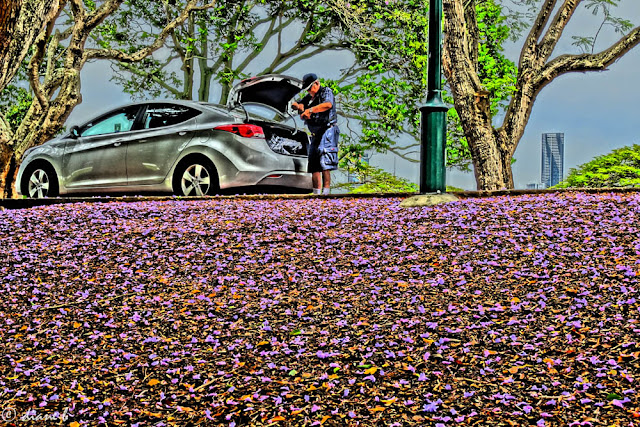 We drove to New Farm Park. A beautiful place at this time of the year because there are many, many Jacaranda Trees in bloom. Bill was organising his camera carrying vest while I was dazzled by the carpet of Jacaranda blooms. 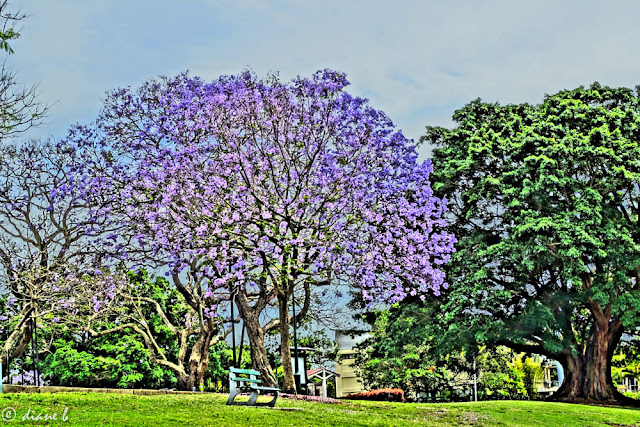 It was a very dull day but also very hot and humid. I used a special effects setting on my point and shoot camera for the two shots above. 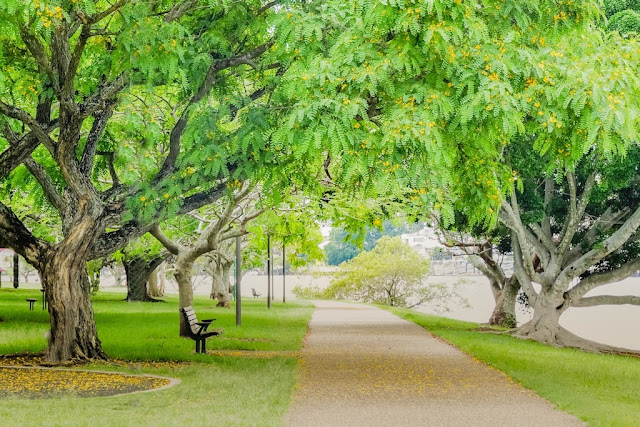 We walked through the park down to the river, where we followed the path along the river edge but soon we were blocked by houses. This shot is looking behind us, where we had come from. 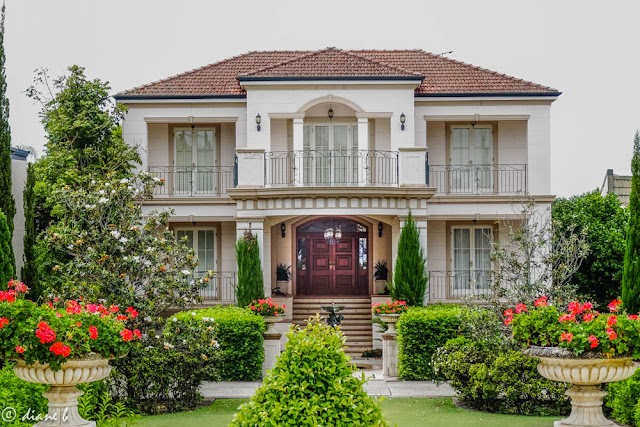 We had to walk a few blocks before we got back to the river edge. As you can see New Farm is quite an affluent suburb. 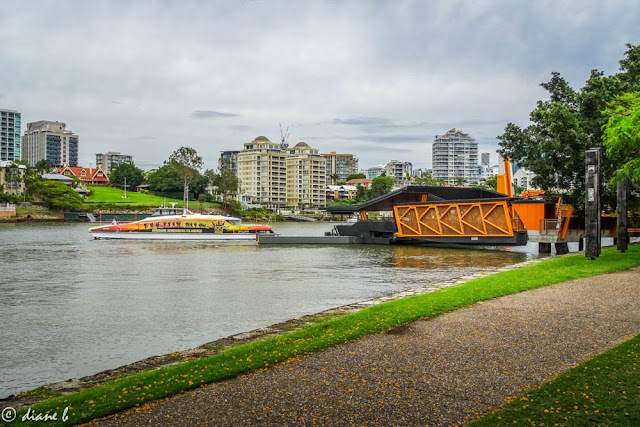 We passed some new ferry wharves. They were replacements for those that were damaged during the floods of 2011. 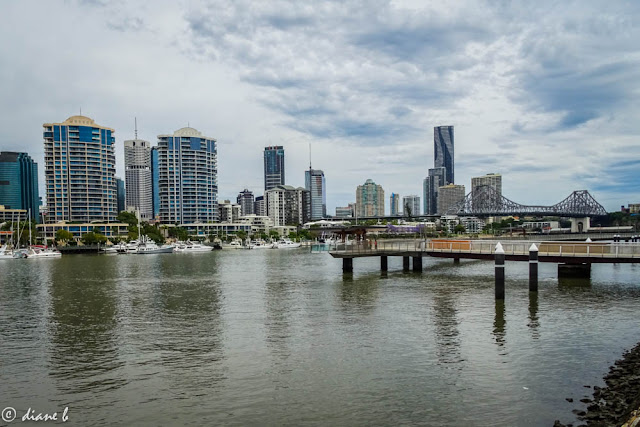 After about two kilometres we came to the  New Farm Riverwalk. The new structure is fixed, not floating like the last one. It is designed to last 100 years. It goes out into the river and it has a rotating span to let boat owners access their jetties. It is a pedestrian and cycle way with shaded rest areas. It is almost a kilometre long. 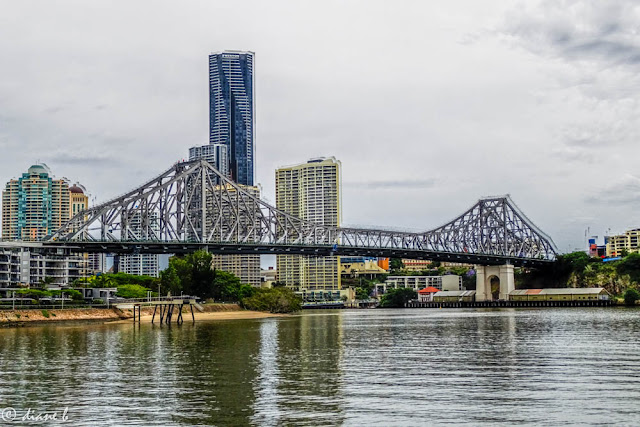 We were getting closer to the city centre and the Story Bridge. 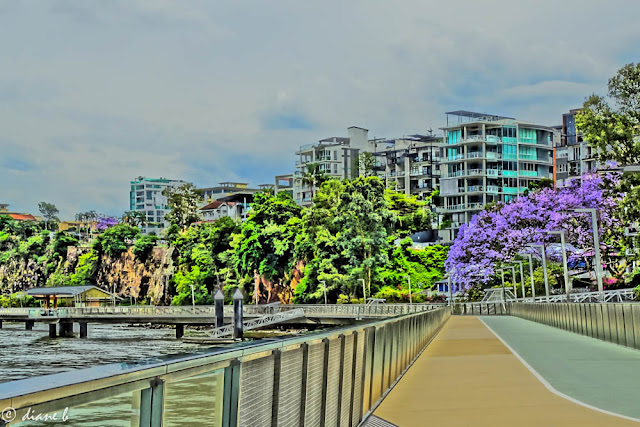 Another special effects shot. The Riverwalk is divided for pedestrians and cyclists. There are many apartment blocks along the river with great views and prices. 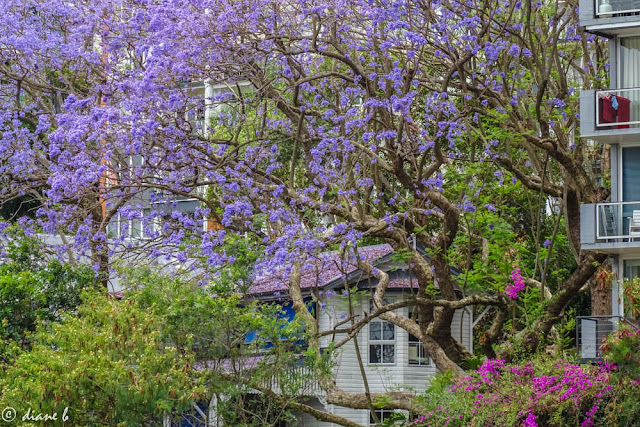 There are a few original houses squashed in between apartment blocks. I think they have much more character and beauty than the blocks. 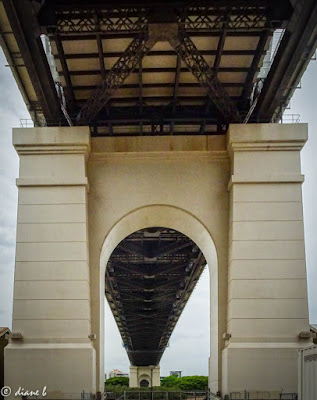 The Riverwalk ended and we continued along a path under the Story Bridge. It was getting hot walking and we were looking forward to choosing one of the many restaurants at the riverside centre for lunch and a cool drink. 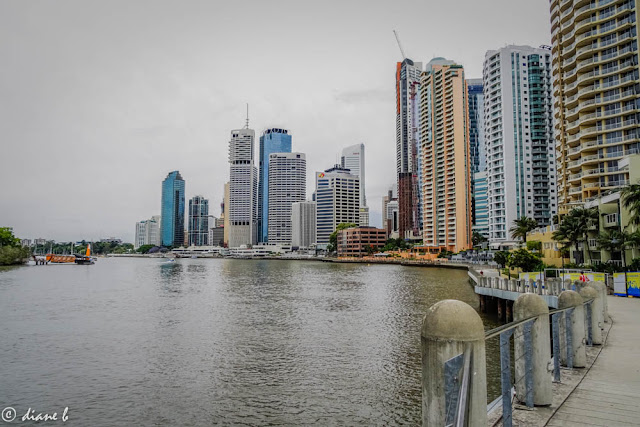 Not far now. The Riverside Centre is the low white buildings below the tower with the spire. 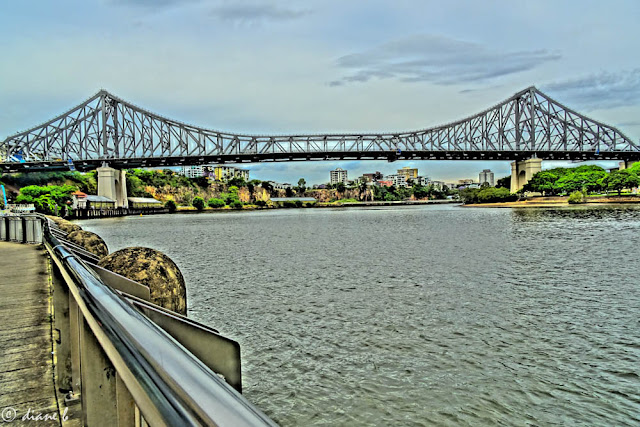 Looking back towards the bridge from near the restaurant. Poor Bill was as red as a beetroot. It was a long walk for him, over four kilometres. But we revived over lunch and instead of walking back to the car we........................ 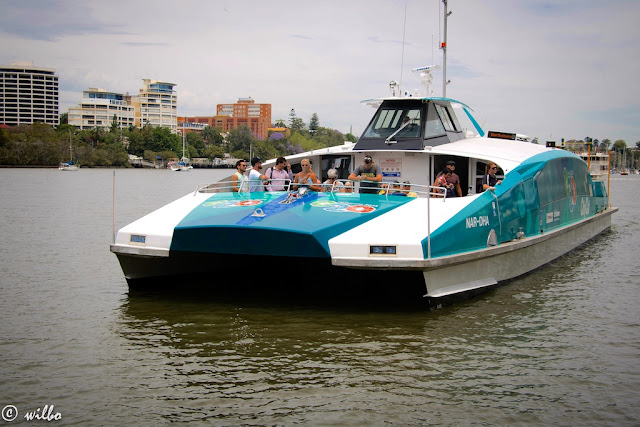