NOW AND THEN or The Wonders of Blogging

Last year I wrote a post on 'My Story' series about where I lived when I went to Teachers' College in Sydney. You can read it here. Due to the wonders of blogging, I have an interesting story to tell.
Some months ago I received an email from a guy I didn't know and I almost deleted it until I saw the first sentence where he said he had found a post on my blog with a photo of the property that he had purchased. So I went on to read his letter. He explained that he is searching for the history of the house and stories of the previous owners and he asked me if I had any stories about the house and the time that I lived there. There were four bedrooms upstairs and they were rented out to two girls in each. The owners/landlords lived down stairs.
I replied to his email and told him how it was when I lived there. He was very friendly. He said that I was welcome to visit the house when I was next in Sydney. So guess what? I was in Sydney last week and took him up on his offer. My daughter and Bill came too. 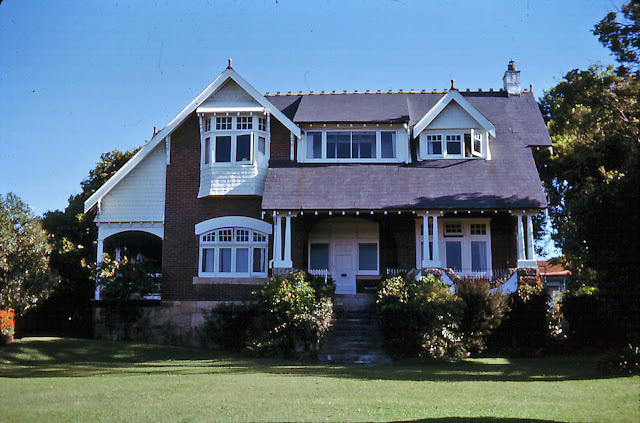 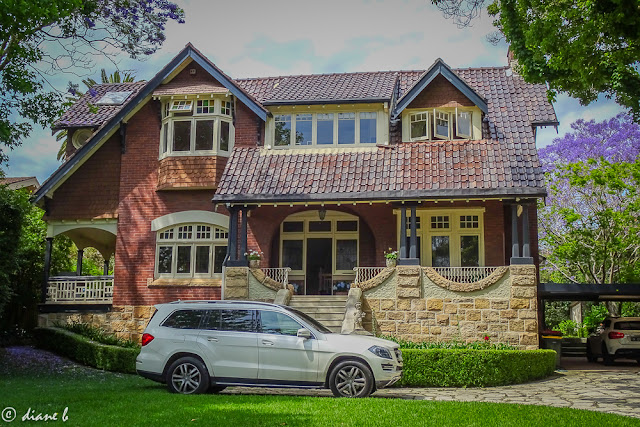 This is the house today with the owners cars. It  was quite an eerie feeling walking up those stairs 52 years since the last time that I did it.The owner was very kind and offered to show us around the house so I could tell him how it used to be because he wants to make changes and try to take it back to how it was when it was first built back in c1910. It is Arts and Crafts Federation architecture. It has returned to being a family home and is no longer converted into bedsits. 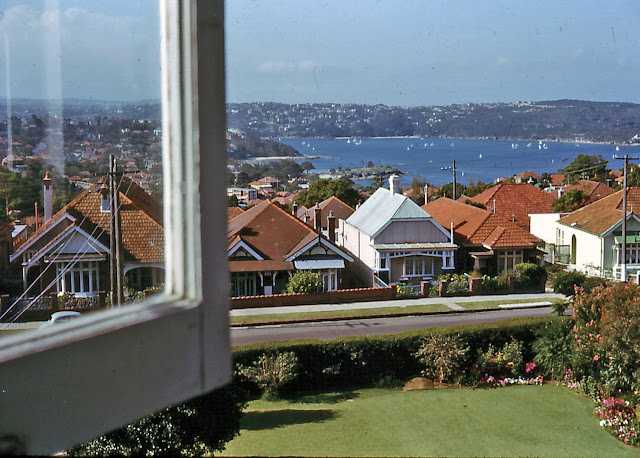 This was the beautiful view of the Sydney Harbour/Port Jackson from our room in 1963. It is in Middle Head Rd, Mosman. 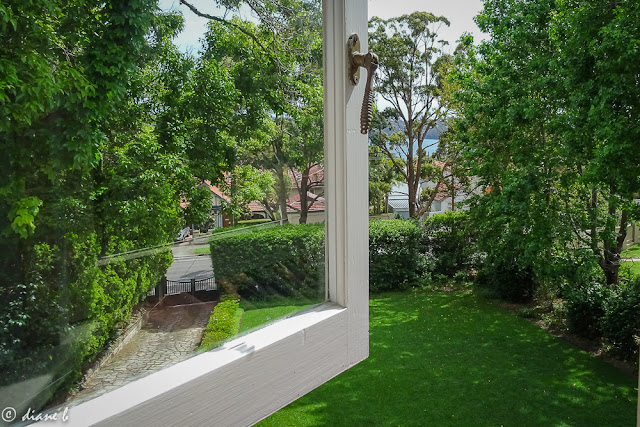 The view from our old bedroom today. Isn't it amazing how trees can be beautiful and shady but also they can block the fabulous view of the harbour. The room now is a lovely big bedroom with an ensuite.  We had to share the big bathroom which was next door with all the other girls. It has now been modified into two bathrooms, an ensuite and a bathroom for the other bedrooms.

I took pics of inside this beautiful house but I don't want to publish them here and invade their privacy any more. However, there are some beautiful photos of the inside here on the real estate site from when it was sold for $7.5m. 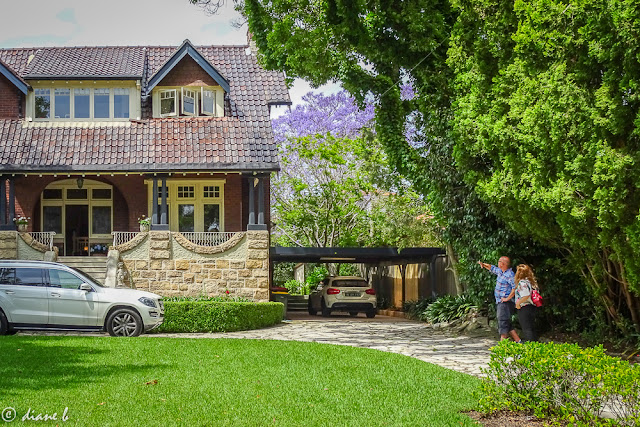 The owner chatting to Carol about how he wants to change the roof back to slate tiles and paint the woodwork white. Carol being and interior designer/architect was interested.
I found this an exciting visit to my old digs and was so impressed with the kindness of the owner and the house itself. There were quite a few changes. The carport didn't exist. There was a garage at the back entrance from a lane. It is still there. The back yard has been landscaped beautifully with a swimming pool and outside living area. The kitchen is huge with a family room next to it. When we were there that area was divided into kitchenette cubicles for each pair of girls. You can see it all on the real estate site above.