LIVING IN SWITZERLAND IN 1970

It had been three months since we left Papua New Guinea and toured half way around the world to finally settle in Switzerland. We were living with Bill's parents and they were very good to us. Bill enjoyed showing me his beautiful country. Nearly everyday he took me on a scenic drive.  I was so lucky to see so much of Switzerland with the locals and not as a tourist.
One day we took Bill's mum and aunt for a picnic to Gurnigal in the mountains. It was a lovely drive through farmlands and fir tree forests. 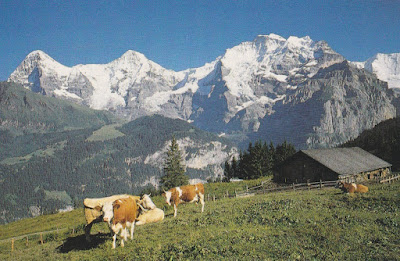 We tried to find a flat spot for the pinic table and I giggled because my brother always joked with me about living in Switzerland. Why do you want to live there you cant find a flat spot anywhere. 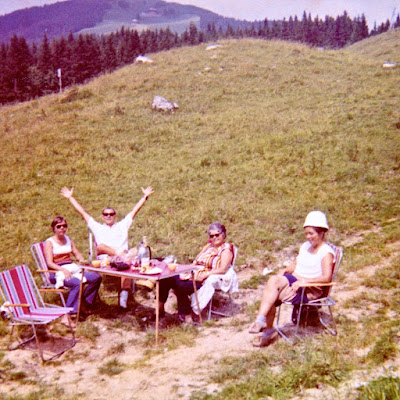 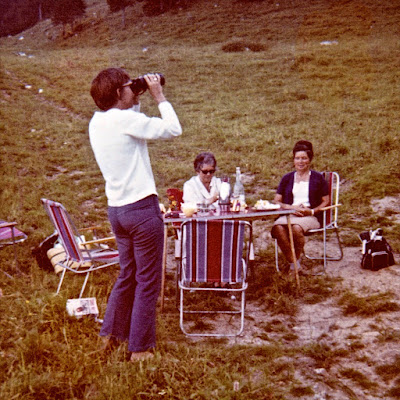 "What could it be? Where has he gone? What is he doing?" 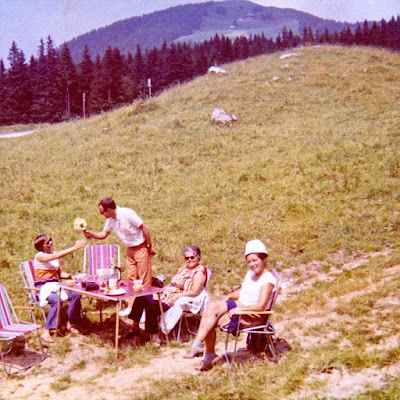 Ah! How romantic he went picking wild flowers for me. 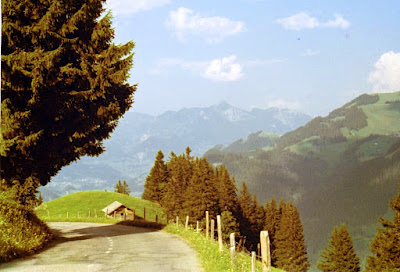 Another day we went over the Jaun Pass. The road was narrow and winding up and up to a winter ski resort where we had lunch. 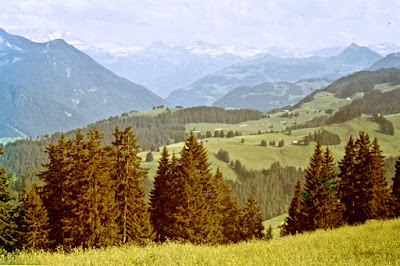 The views were stunning. Just like out of a picture book. 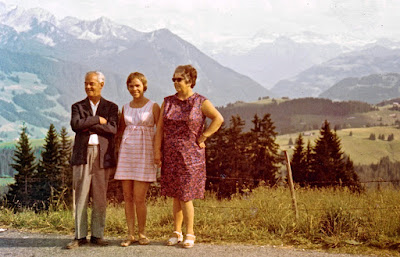 With the inlaws but still not able to have a fluent conversation with them. Would I ever learn to speak Swiss German? 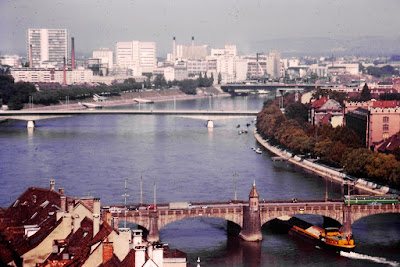 We also travelled to many different towns to visit Bill's relatives. I met his uncle, aunt and cousins in Basel. We even climbed to the top of the cathedral. 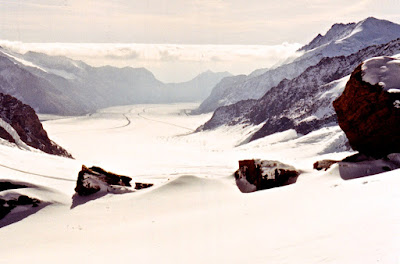 By far the most exciting trip we did was in a small four seater plane. One of Bill's friends had a pilot's licence and he offered to take us for a flight over the Swiss Alps to the Italian part of Switzerland. The little plane just had enough height to skim over the mighty Jungfrau Mountain and then we flew along the glacier between the shear walls of the towering mountains. I was a tad nervous but it was so exciting. 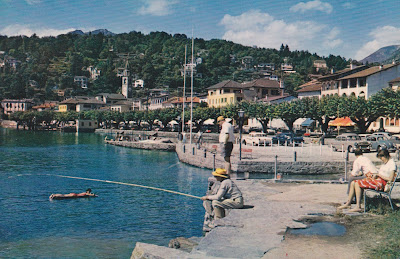 We landed in Locarno and we found a cafe by Lake Maggiore for morning tea. Soon we were back in the plane trundling along the airstrip and taking off for Ascona another beautiful town on the lake. 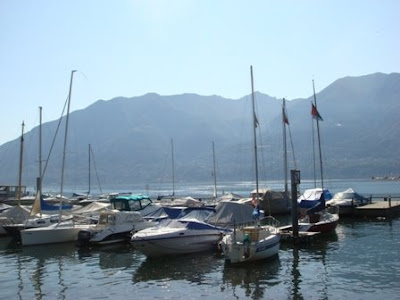 We had lunch in Ascona and then it was time to fly back over the Alps. Once again we had to follow the valleys and circle inside the valley to get height to just clear the highest peak. We were so close to the snow and then suddenly we were over the top and the ground was a long, long way below us. It was better than a roller coaster ride. Wow what a day. After my feet were firmly on the ground again, Bill tells me that Hans, the pilot, had let him take the controls while we were flying along the valley. Glad I didn't know that while we were up there. Needless to say, that was the highlight of the trip for Bill.
But the exciting day didn't end there. When we landed at Belp airport  we were asked to be extras in a movie that was being shot there. We happily agreed. The film was called "George"starring Marshall Thompson and it was about a St Bernard dog.

We were having so much fun but how much longer could we last without working?
Posted by diane b

Email ThisBlogThis!Share to TwitterShare to FacebookShare to Pinterest
Labels: My Story, The Alps