The Birthday Bear group went to Bribie Island to celebrate my belated birthday. We stayed at a resort for three days. We were trying to escape the cold weather at home even though it is only 100k away. After a lazy breakfast we went for a stroll. 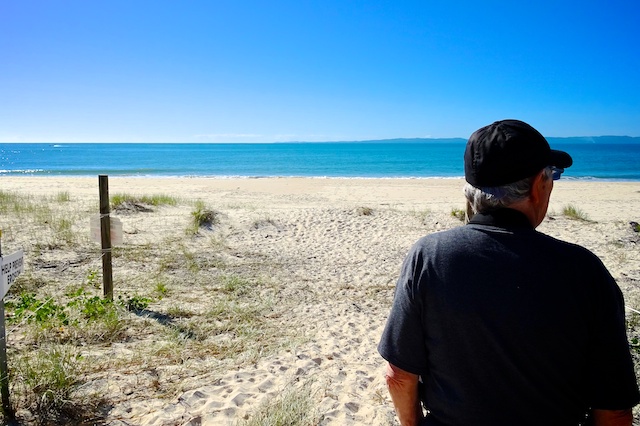 Bill is not keen on walking on sand. 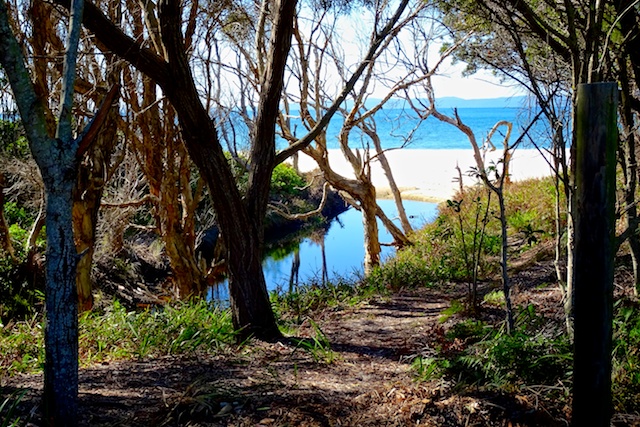 So we took the path that winds through the park along side the beach. 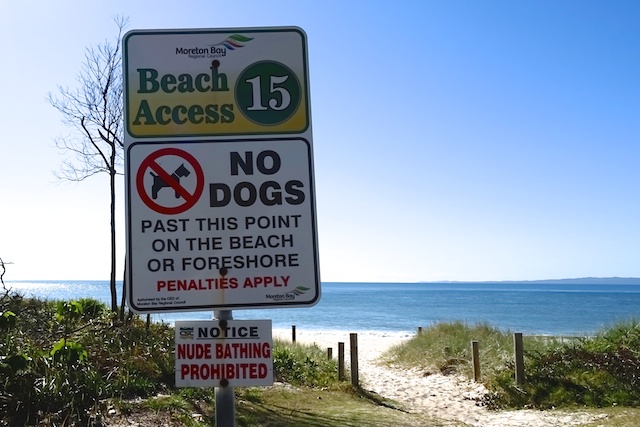 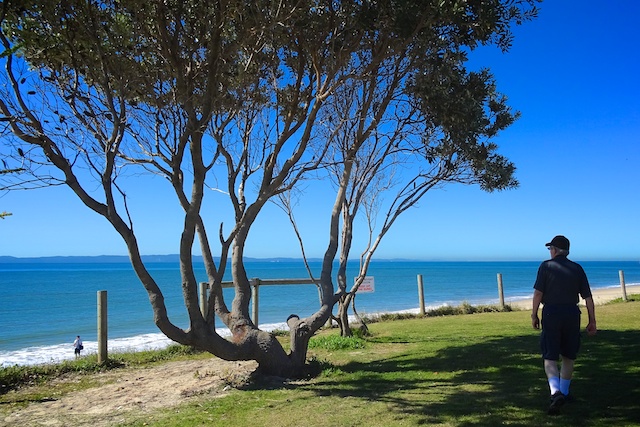 We arrived at a neat lookout where we could see: 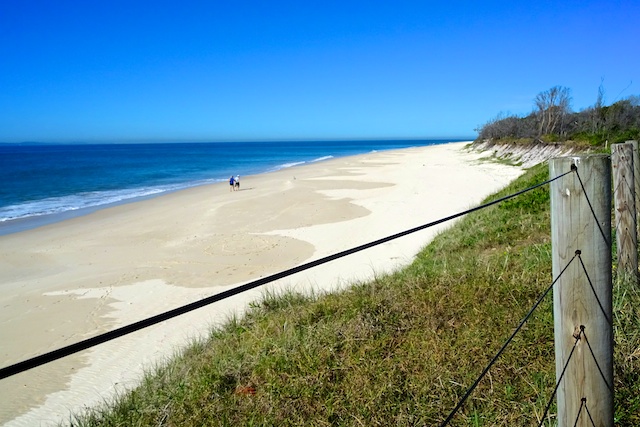 Blue, yellow and green stretching for miles to the south and .... 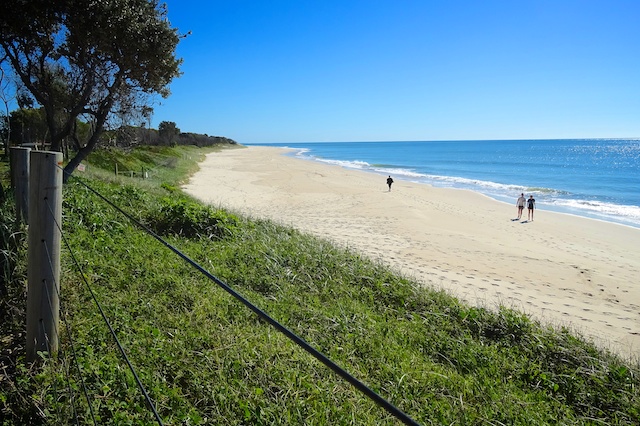 to the north.
We returned to the unit for lunch. Ann had brought some home cooked Aberdeen Sausage, Mary and Helen provided the salad. 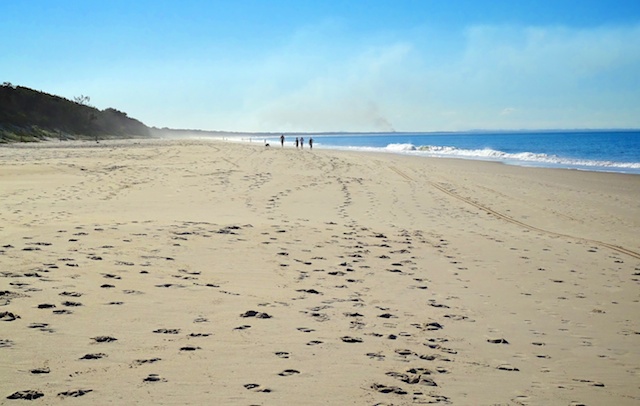 In the afternoon, Mary and I walked along the sand in the other direction from this morning. I loved it. It is so relaxing and rejuvenating.

We looked back to take a shot of our resort. It is the only one on this beach. There are smaller apartment blocks and lots of houses for rent. It is a nice quiet place to come for a getaway. 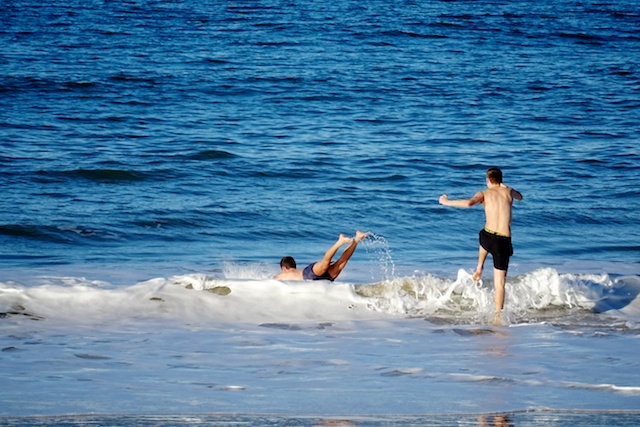 We even saw some young men brave the water. They are probably from a colder climate. It is like summer weather for some but not me. I like it hot! 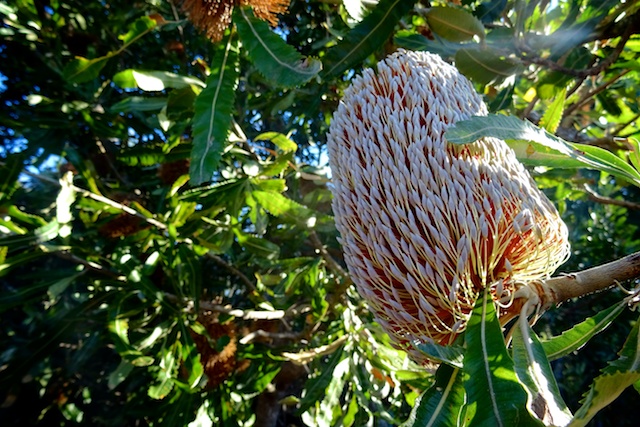 After some time we left the sand and returned through the park. We saw Banksia Flowers and 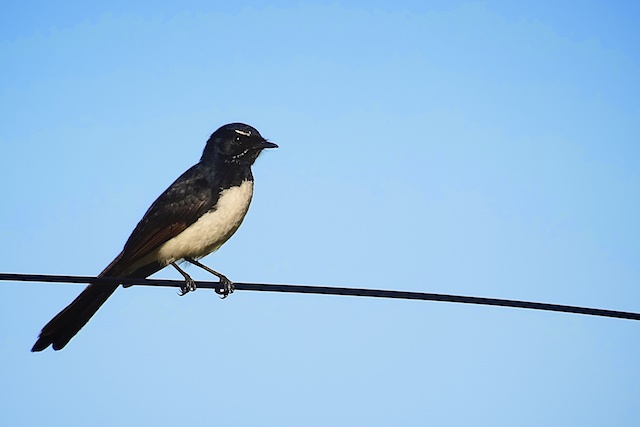 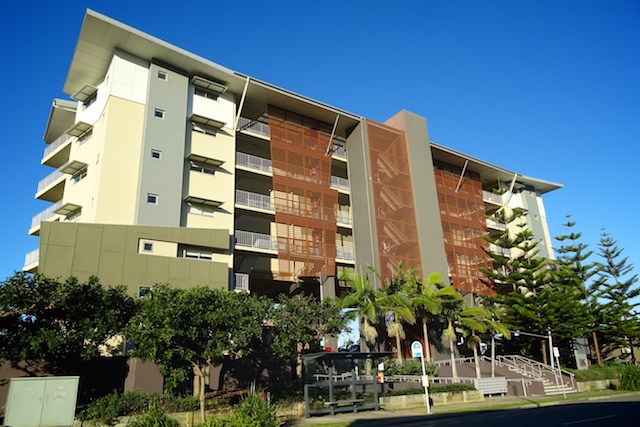 Soon we were back at the resort. This is the backside facing the street. 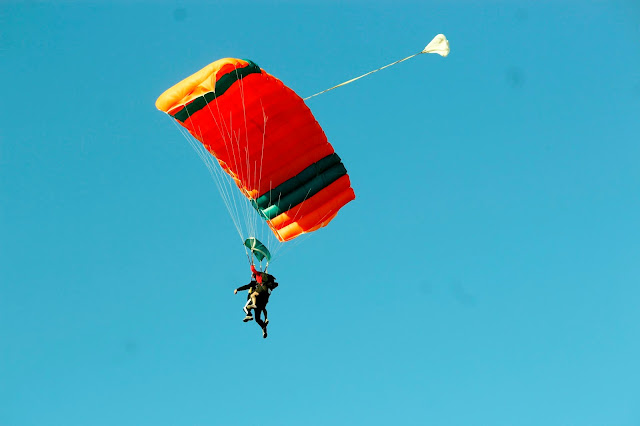 We watched sky divers land on the beach (photo by George) 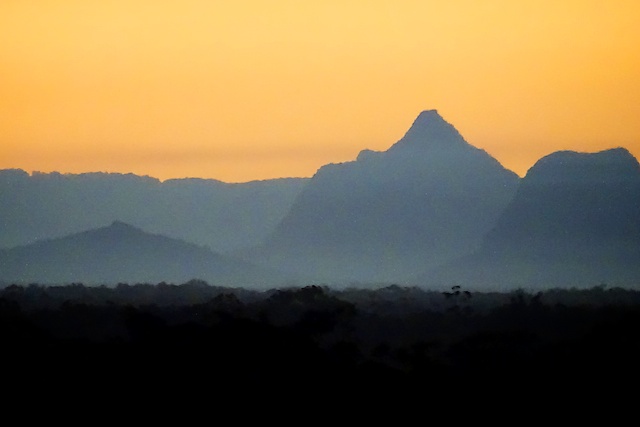 We watched the sunset and 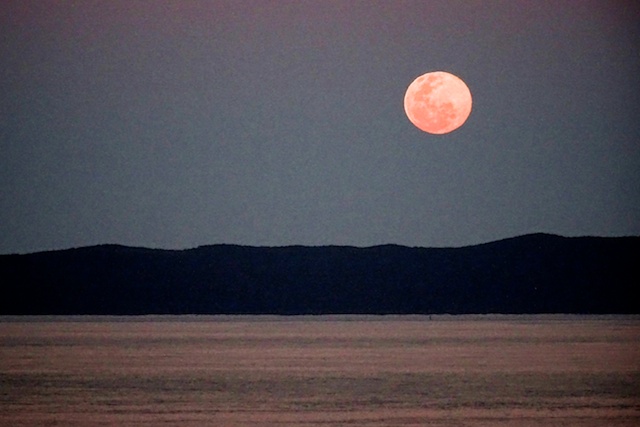 the moon rise before going across the road to the hotel for dinner. 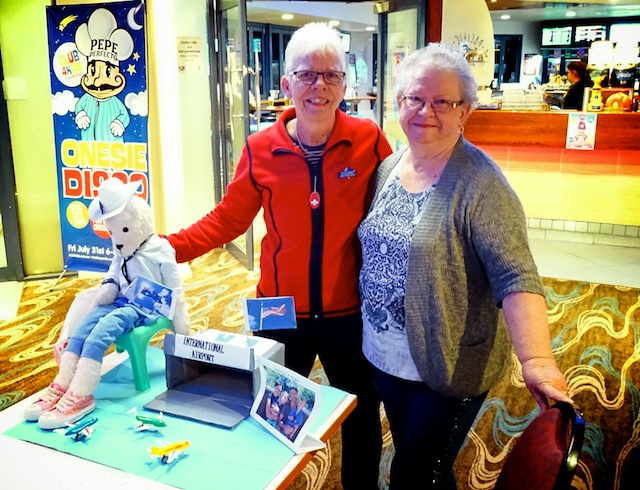 Ann had dressed Birthday Bear. Bear was waiting at Los Angeles Airport to fly to Australia. She had a handkerchief to wipe away the tears as she waved goodbye to her LA angels. She had a photo of the family too. (Most readers probably know that I have recently been to LA to see my grandchildren). Those not familiar with our Birthday Bear Tradition read here. 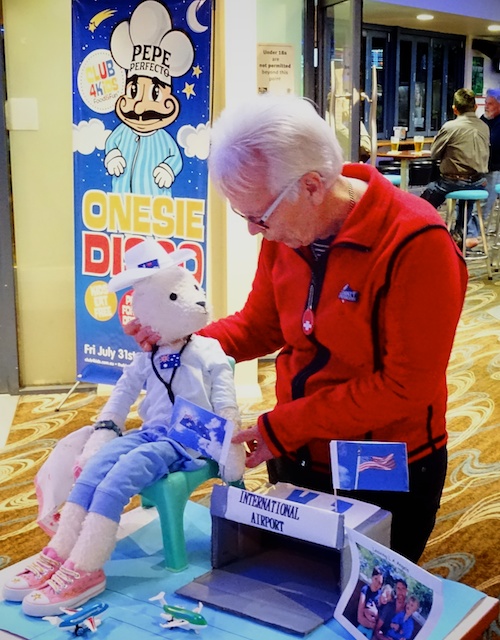 I consoled Bear and told her the angels are coming home for Christmas. She was happy about that. 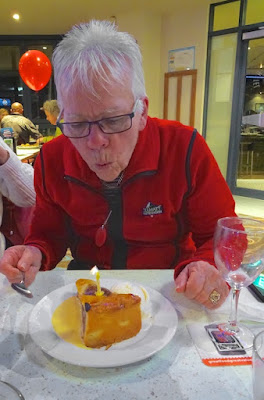 After dinner I was full but the manager insisted of giving me a piece of Apple Pie for free for my birthday. The meal was only ordinary 'pub grub' but the company was great as always. We chose the wrong night to go there as the sign behind me says, "Onesie Disco" for kids. So it was like eating dinner on playground duty. There were many children running around in Onesies. Oh well it was a fun experience.