A BELATED HONEYMOON IN 1970

Bill and I were married in May 1969 but we planned to work for another year and save every penny and then go on a belated honeymoon to Switzerland and there I would meet his parents for the first time. We returned to Pt Moresby from being on leave in Sydney over Christmas 1969.  Then we were busy working and planning "going finish" ( meaning to leave Papua/New Guinea for good.) We packed all our belongings into crates and  shipped them to my parents in Sydney. We sold our lovely MGBGT and bought a new Ford Capri to be picked up in London. We hadn't completely decided whether we would stay in Switzerland or return to Australia. Our travel agent said it is cheaper to buy an around the world ticket than a return ticket from Sydney to Zurich. Our eyes lit up and thought that would be nice, a trip around the world. So the planning started in earnest.

We planned the route to go from Pt Moresby, Sydney, Aukland, Honolulu, San Francisco, drive to Los Angeles, fly to New York, Toronto, London and then drive to Switzerland. I had cousins in California and Toronto that I hadn't seen since I was six years old and still living in England. My American  Uncle Ted and Aunt Velma and children had visited England for Christmas 1948. My cousin Molly still lived in England but later moved to Toronto.

These were the days before cheap overseas calls so I set about writing to my Uncle Ted and cousin Molly to say we were coming. Even though I had not been in contact with them before, other than my mother had always written at Christmas, they were very pleased to offer us accommodation and more as it turned out.

Needless to say, I was over the moon with excitement to think that I was not only going to Switzerland but I would see America and return to my homeland, England, after 14 years of growing up in Australia and 7 years of working in PNG. So at 28 I was off to see the world. The saddest part was saying goodbye to all our friends in PNG and resigning from our well paid jobs but we did have a super dooper farewell party. 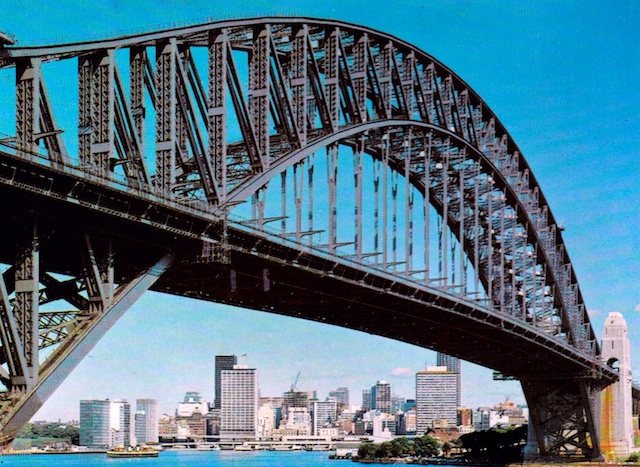 First stop Sydney. It was always nice to visit my hometown and my parents. Then it was sad/happy goodbyes again. My parents were very supportive of me having adventures. 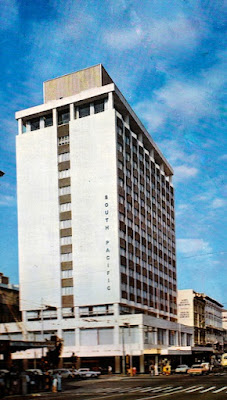 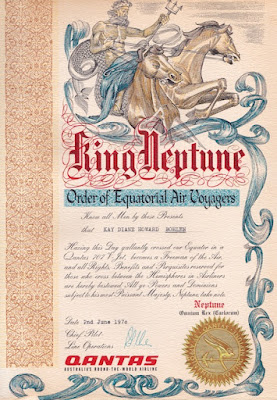 We stayed a few days in this Hotel in Aukland, NZ. We visited the museum and the botanical gardens. Bill did a sea plane flight over the city. I used to be nervous of flying in those days. During this trip I took very few photos as Bill was taking 8mm movies. I am disappointed now that I didn't take many.
Then we flew to Nadi in Fiji just to change planes for Honolulu. Can you believe that in those days QANTAS gave us certificates for crossing the equator? 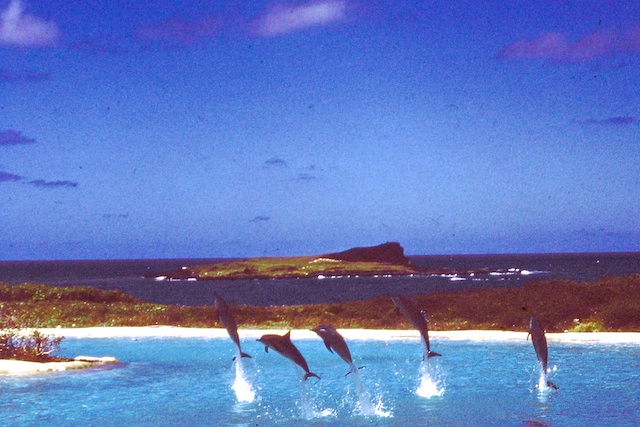 In Honolulu we had our first experience of long customs queues. There were many things we found different. In a restaurant we were asked if we would like ice cream or cottage cheese with our steak? We took a while to get used to the different money and tipping custom. (We didn't tip in Australia). We did a bus tour of Oahu and fell asleep due to jet lag but we stayed awake during the Sea Life Centre show. We walked along Waikiki Beach where we were a little disappointed and felt that our beaches were nicer. 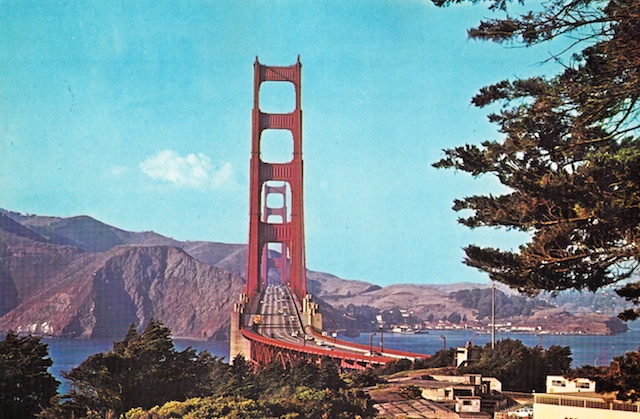 Soon we were on our way to San Francisco where my Aunt Velma and cousin Lynne were meeting us at the airport. The problem was they didn't know what we looked like and we didn't know what they looked like. However, we had sent photos and hoped that would help. These were the days before the digital revolution. Velma, Lynne and husband Jim easily found us. We had told them by letter which hotel we were booked into but on arrival they informed us that they had cancelled our booking as they had made arrangements for us to stay with other relatives. They were so kind to us strangers. We had dinner with all these new found relatives and we all noticed how we used our knife and fork differently and we were introduced to jello served with the main course. It was so much fun listening to the different accents and learning the different ways.

Aunty Velma and Lynne took us sight seeing. We went over the Golden gate Bridge, through the Japanese Gardens and down Lombard St. We went up the Coit tower and had lunch on Fisherman's wharf. We walked through Ghirardelli Square and went for a ride on a cable car. That night we went up to the top of the Fairmont Hotel for a drink and to see the view over the city at night. we came down in an outside elevator. 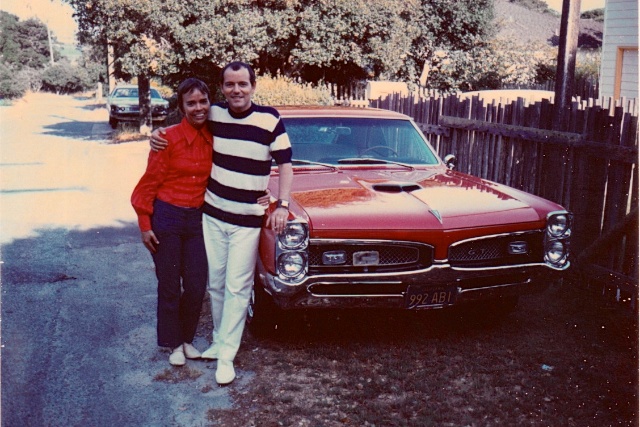 Jim and Lynne lived in San Jose but they so kindly offered to drive us down the coast road to San Luis O'Bispo where her parents, Uncle Ted and Aunt Velma, lived. We were impressed with the big, modern cars in America.
To be continued

Email ThisBlogThis!Share to TwitterShare to FacebookShare to Pinterest
Labels: My Story, World trip 1970