CALIFORNIAN COAST AND COUSINS IN 1970

After meeting Aunty Velma and cousin Lynne for the first time in twenty odd years, we soon became friends as they drove us down the beautiful coast road from San Fracisco to San Luis O'Bispo. 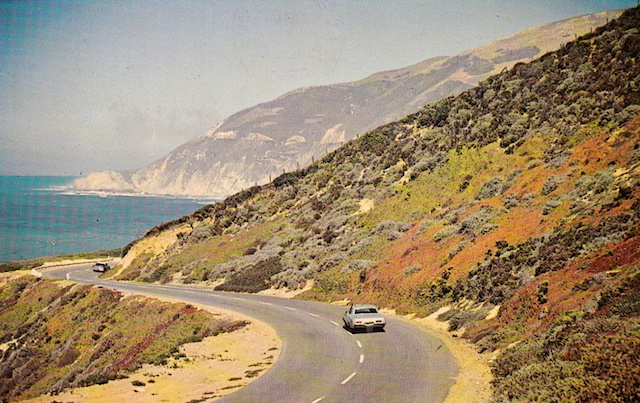 The scenery was magic and in the afternoon we pulled into yet another aunt's house in Monterey. We stayed at her house for the night. Aunt Marion was so friendly and generous even though we had never met her before. Monterey and Carmel were lovely towns with very nice houses and shops. I remember seeing a tree dripping with thousands of butterflies. We visited an early Spanish Mission built in 1770.  Silly me took no photos as Bill was filming it all. I did collect post cards on the way around the world so I am using them to add to the few photos I have.

The next day we arrived in San Luis Obispo, where Aunty Velma and Uncle Ted (my mother's brother) lived with their two youngest daughters Pam and Vicky. Their eldest children, Bonnie, Chuck and Lynne were married. That evening more of the family arrived to meet us. 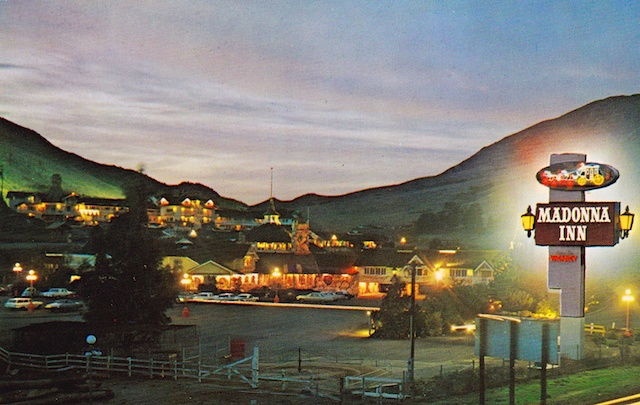 The next day Bonnie took us to watch her son, Jeff, play baseball which was new to us and fun to watch. That night we were taken to dinner at Madonna Inn a fascinating place built from natural stone and decorated with antique furniture. Each room was decorated in a different theme. The strangest of all were the toilets.

The next day Bonnie and her sister in law, Lois, took us to Hearst Castle. Built in 1947 by Randolph Hearst and architect Julia Morgan. Hearst was influenced by Spanish buildings and he imported most of the materials from there. It was his lavish home with 165 rooms and 127 acres of garden and pools as well as three guest houses.

In the afternoon we visited Chuck at work. He was a teacher at a prison and it was graduation day. That was a different experience, entering a prison and mixing with the crims at a graduation ceremony.

Early the next morning we caught a Greyhound Bus to Santa Monica and LA. We said our goodbyes to my wonderful aunt, uncle and cousins. I never saw my aunt and uncle again. I didn't see my cousins again until 2011 except for Bonnie who visited us in Australia in the late 90's. 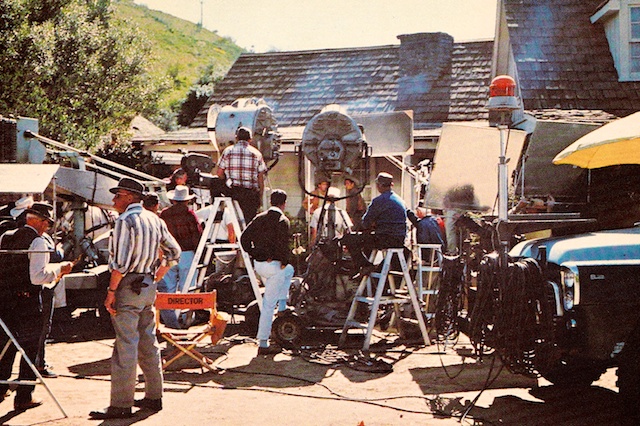 We booked into the motel and then went on a tour of Universal Studios and Hollywood. Little did we know that our daughter would be living there in the future. 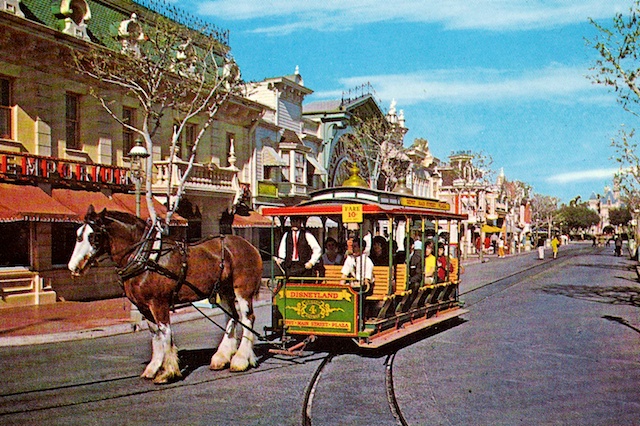 The next day we visited Disneyland. It was so much fun but we wished we had our friend's kids with us to enjoy it too.

We obviously visited China town as this card was in my scrap book but I can't remember much about it. 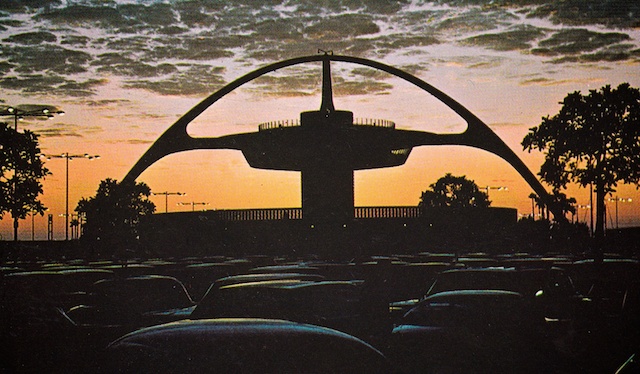 We left for the airport early the next morning looking forward to New York.

Email ThisBlogThis!Share to TwitterShare to FacebookShare to Pinterest
Labels: California Coast 1970, My Story