A CUP OF TEA AND A GOOD SIT DOWN

One of my first Grandma duties while in LA, was to take Banjo for a haircut. 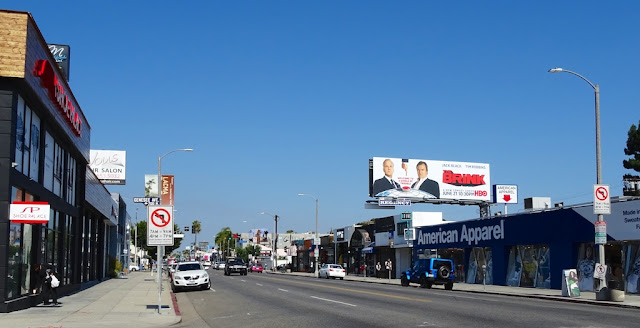 It was more like Banjo taking me to the hairdressers. This little 3 year old took me by the hand and  showed me the way down Melrose Ave to the shop where he has his hair cut. 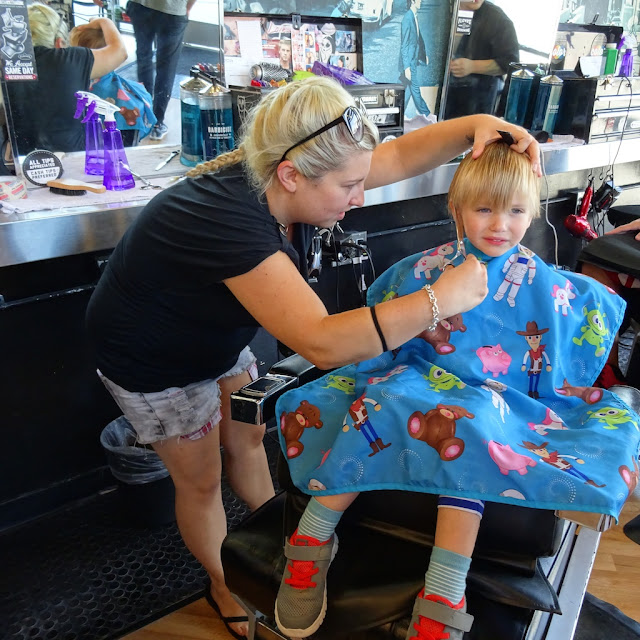 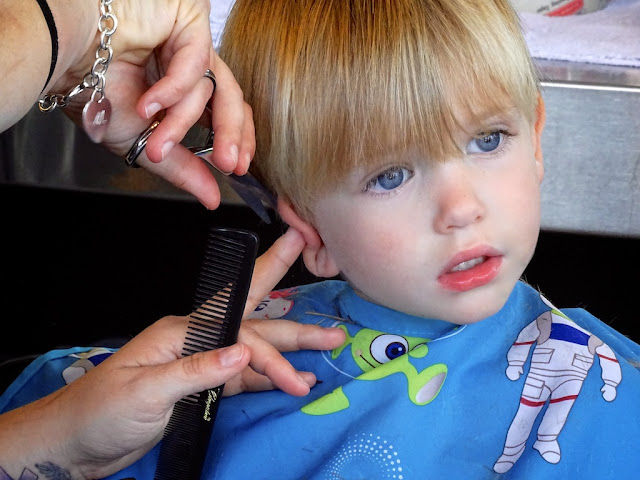 Isn't he an angel? 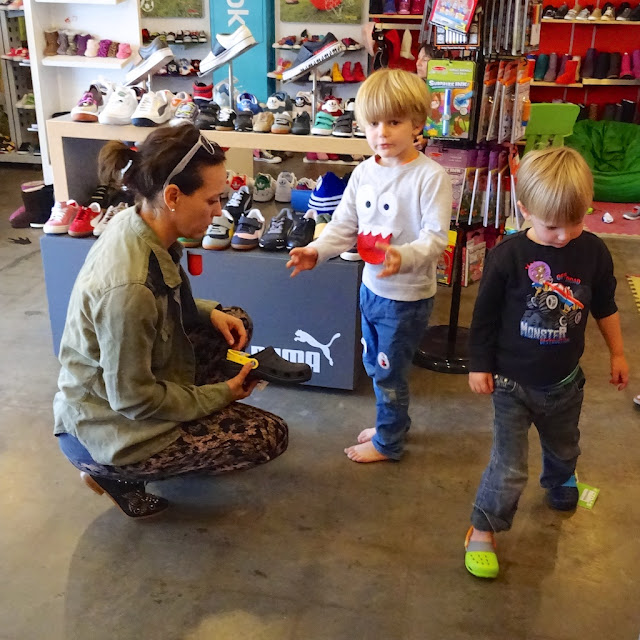 Another day we all went down Melrose Ave to the children's shoe shop for new shoes. Banjo soon decided on his new Crocs but Fox took a little longer. 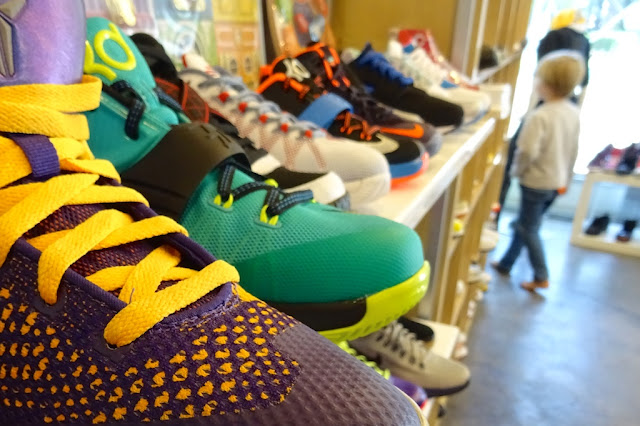 Nearly everyday we took the children to one of the many playgrounds in LA. This one had pony rides and a little train. 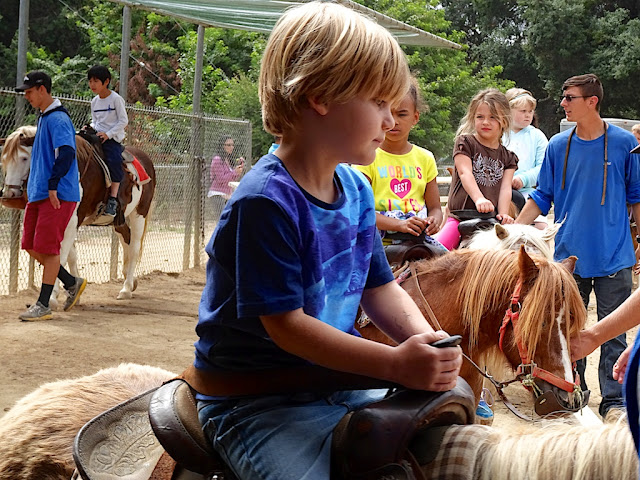 Fox was proud to go with the older kids and do some trotting. 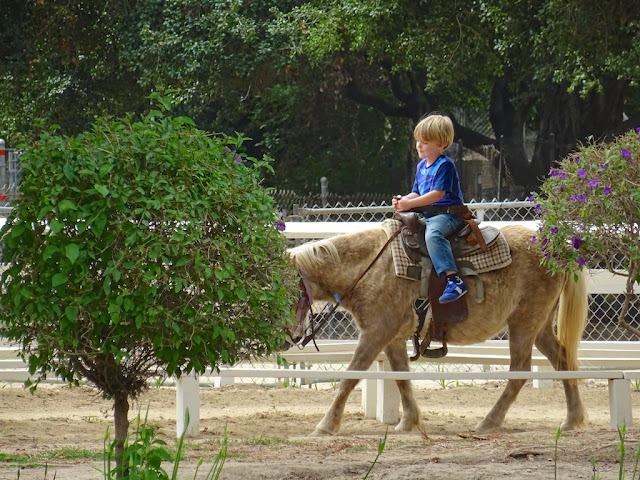 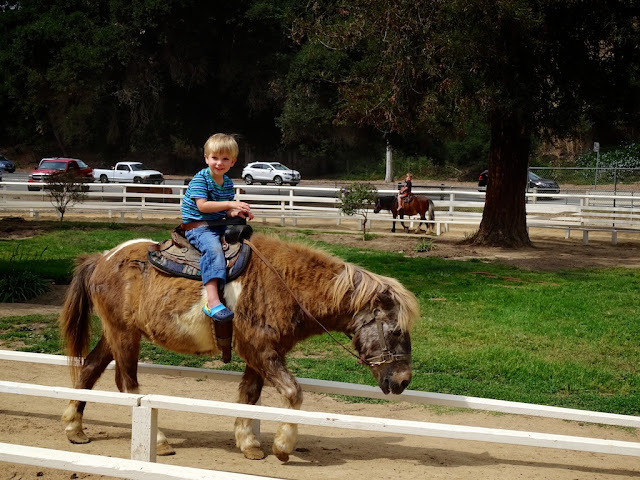 Banjo didn't like it when he was younger but he enjoyed it on this day. 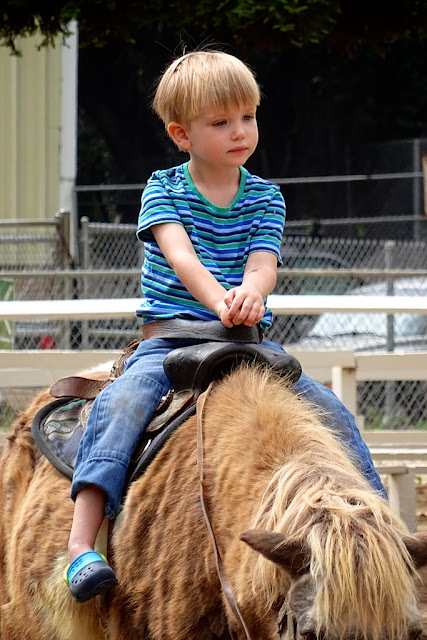 I wonder what he's thinking? 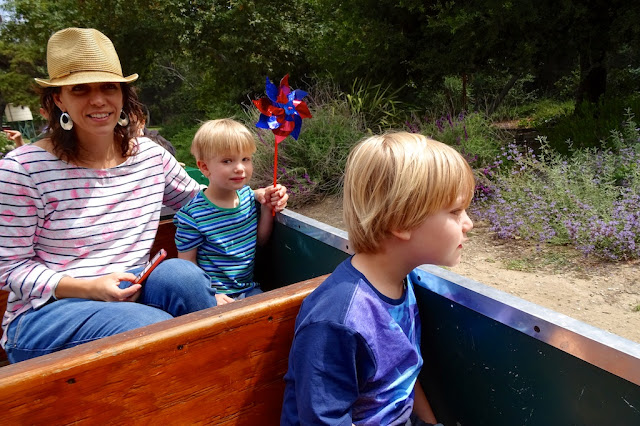 Then it was "all aboard" for a train ride around the park. Fox was allowed to make the announcement over the PA system. After a snack it was time to go home for Banjo's nap and Grandma's cup of tea and a good sit down. It sure is fun but tiring playing with the grandkids.