Joan and I were on our last hop of our Papua/New Guinea trip in1967. We flew from New Ireland to New Britain, both big islands off the north coast of PNG. Rabaul is famous for its active volcanoes. 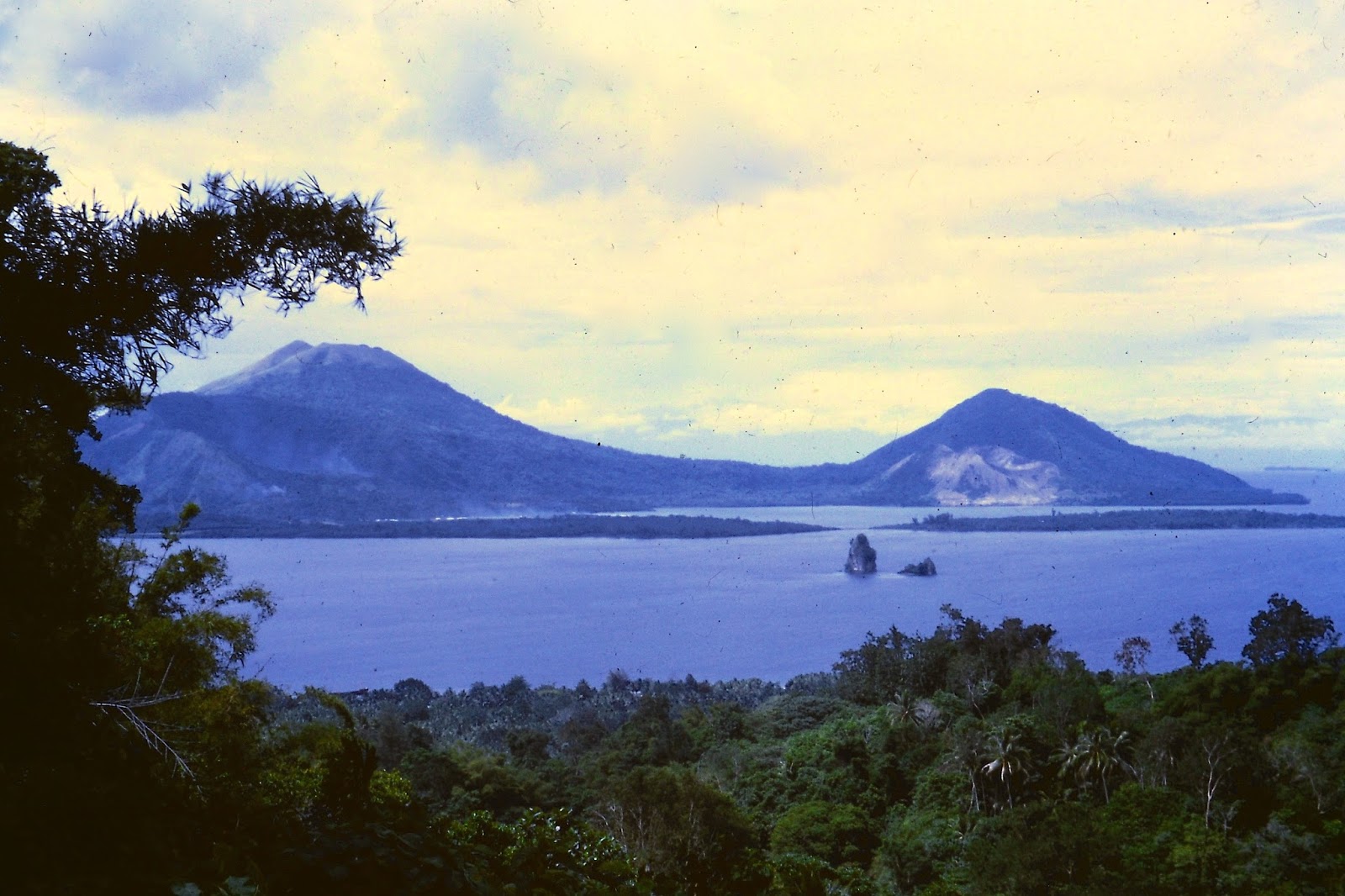 The beautiful scenic harbour is a sunken caldera from huge volcanic action in earlier times. The caldera harbour is surrounded by volcanoes some of them still active. 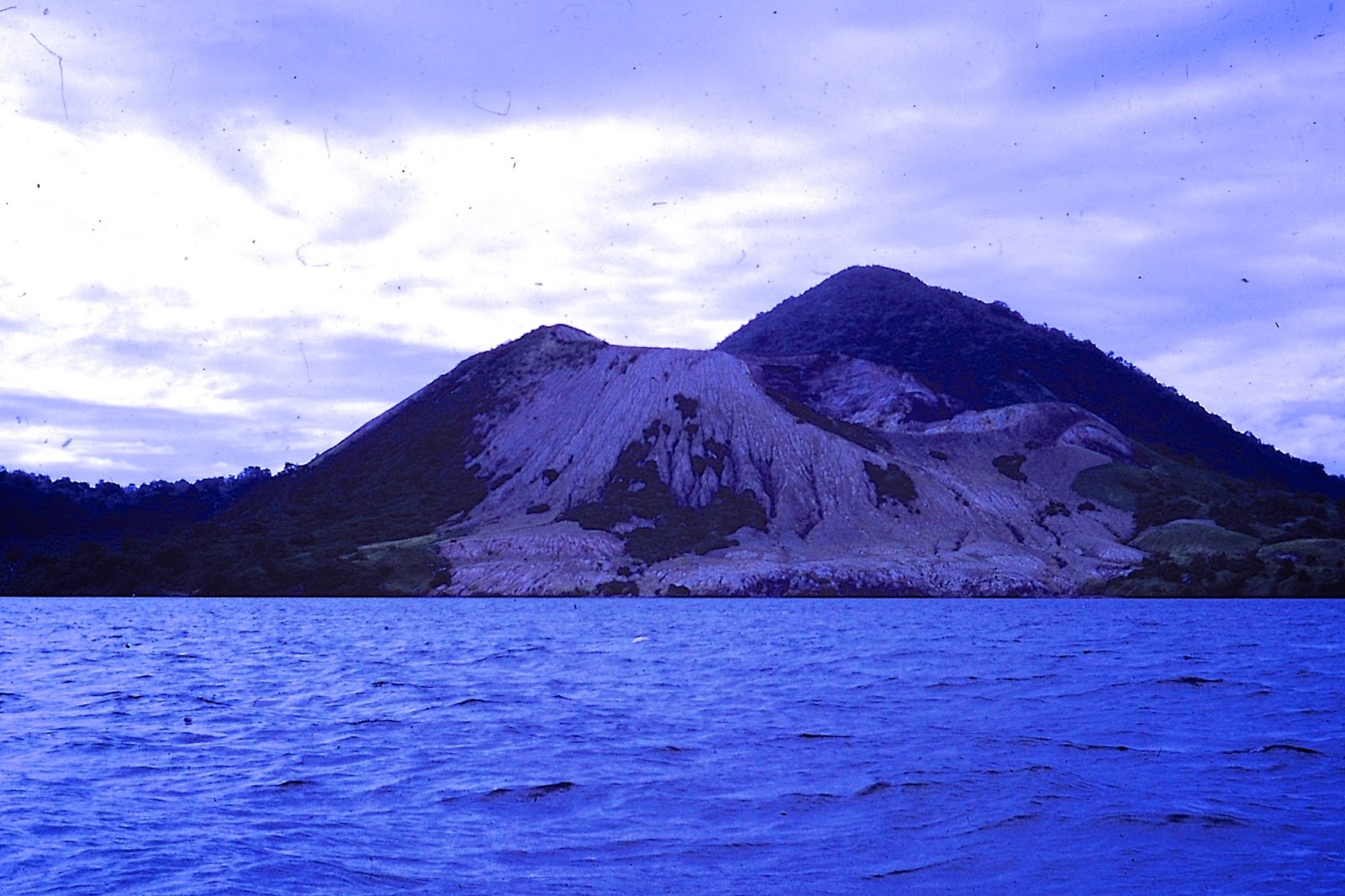 We visited Matupit Volcano. It was quiet but there was steam rising out of vents and the ocean at the edge was bubbling hot. 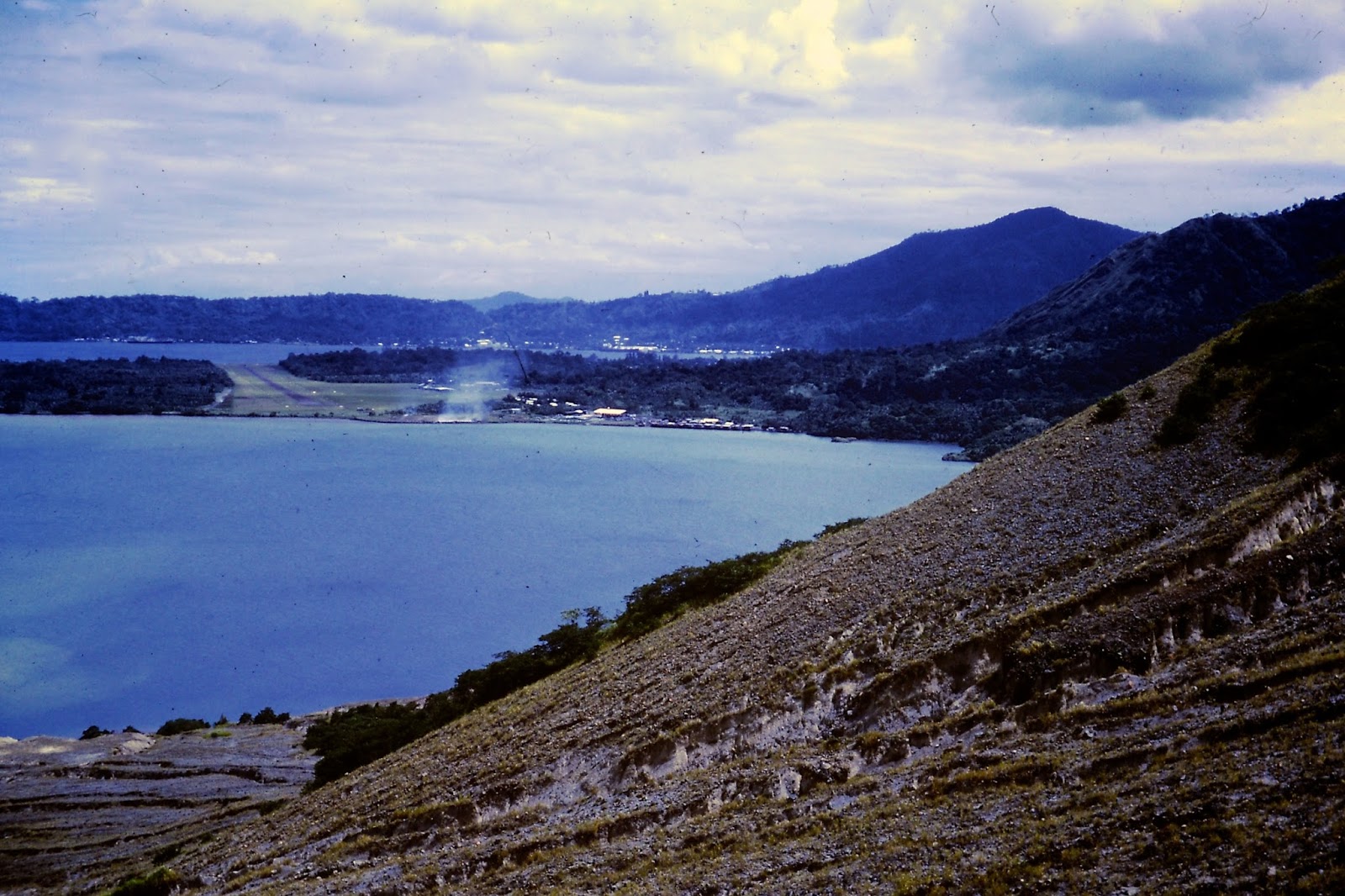 We climbed up the side of the volcano and looked over towards the airstrip and the township behind it. It was quite an experience landing on this strip. Flying down into the caldera surrounded by volcanoes and landing on a strip with water at both ends, it was like an aircraft carrier . 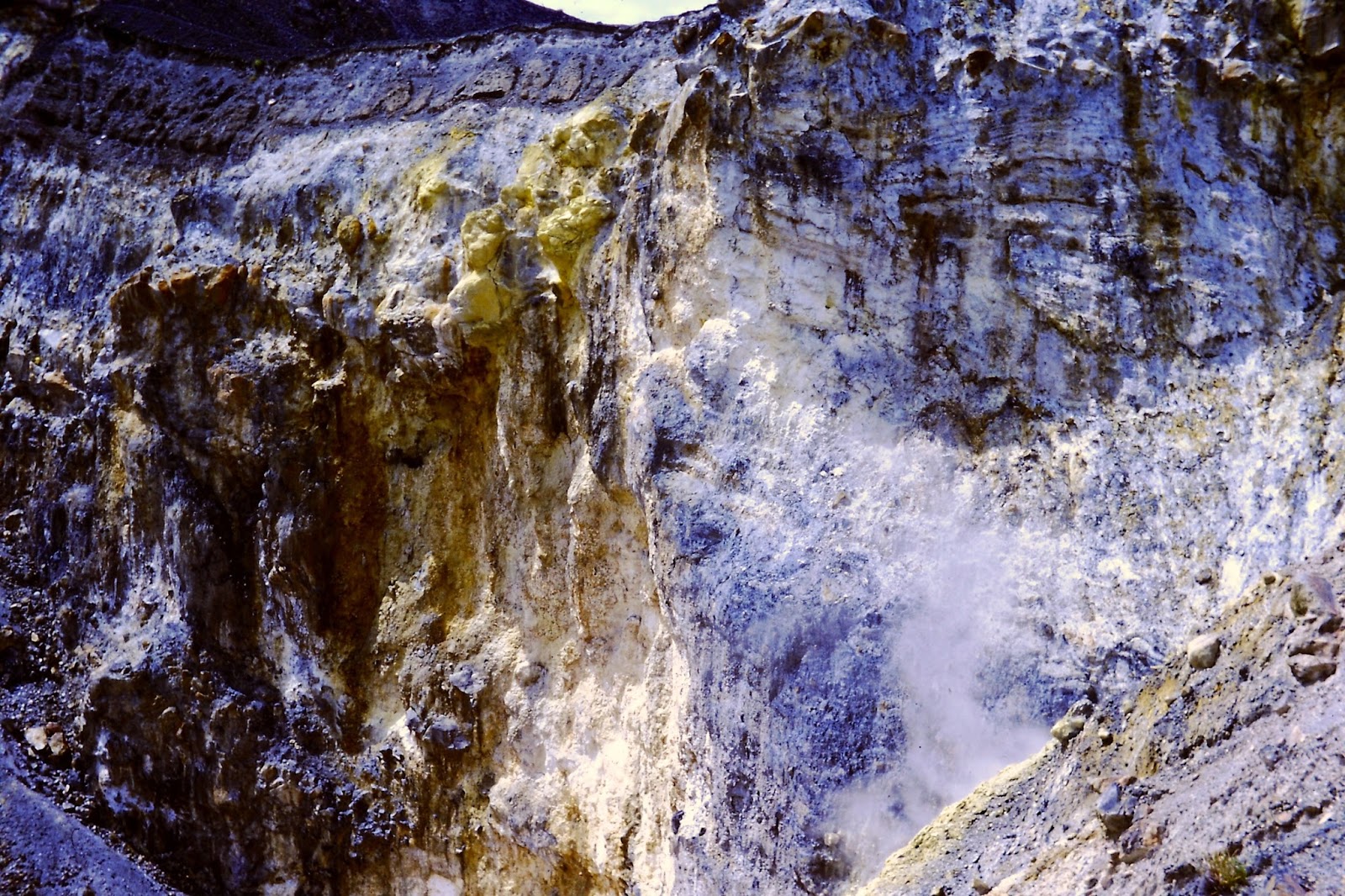 When we reached the top we could look down into the crater. The smell of sulphur was  a little overpowering, but it was exciting being on a live volcano. 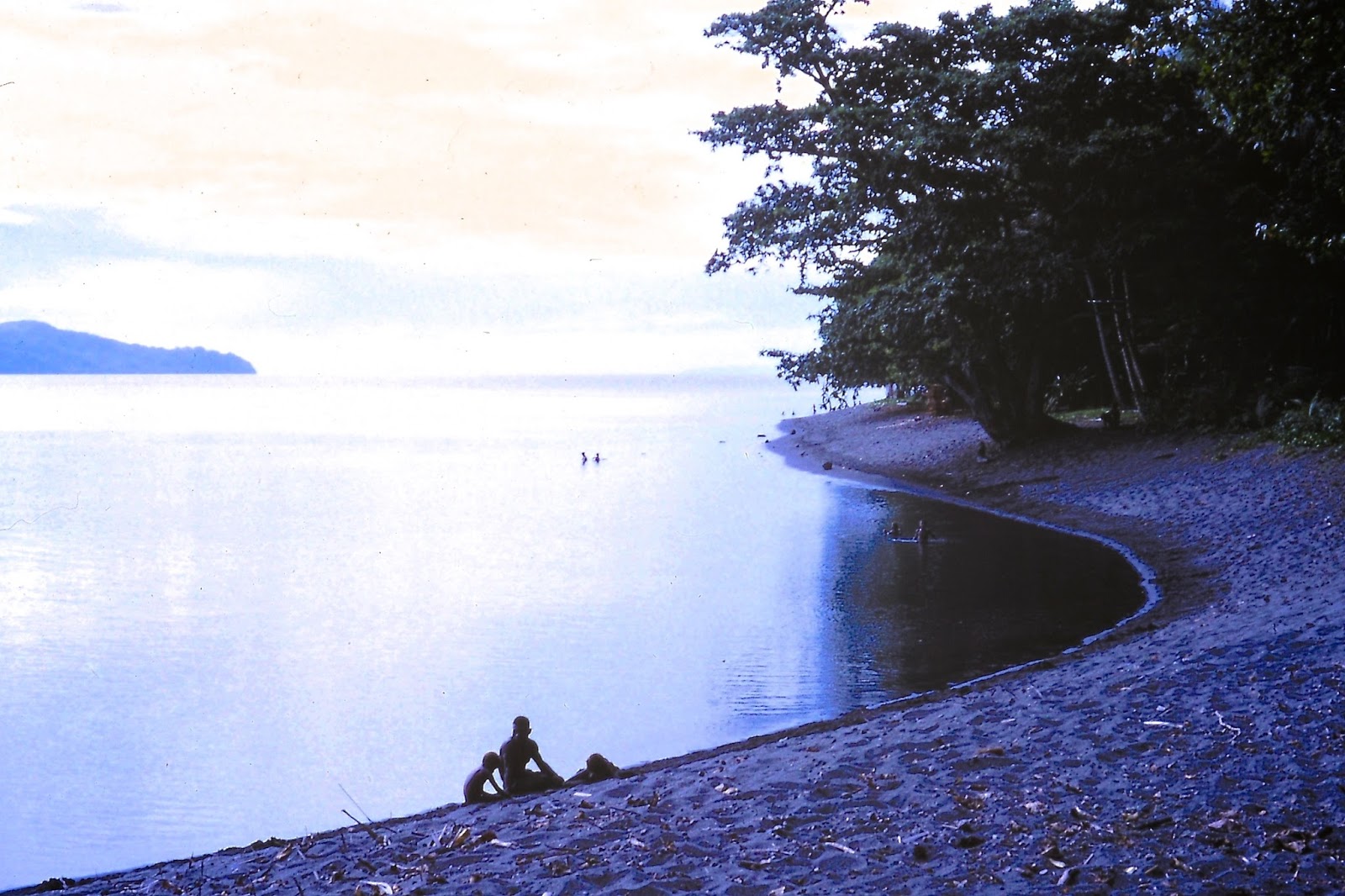 Another day we visited the beaches. They were very different in that the sand was very fine and black as black obviously from volcanic fallout. 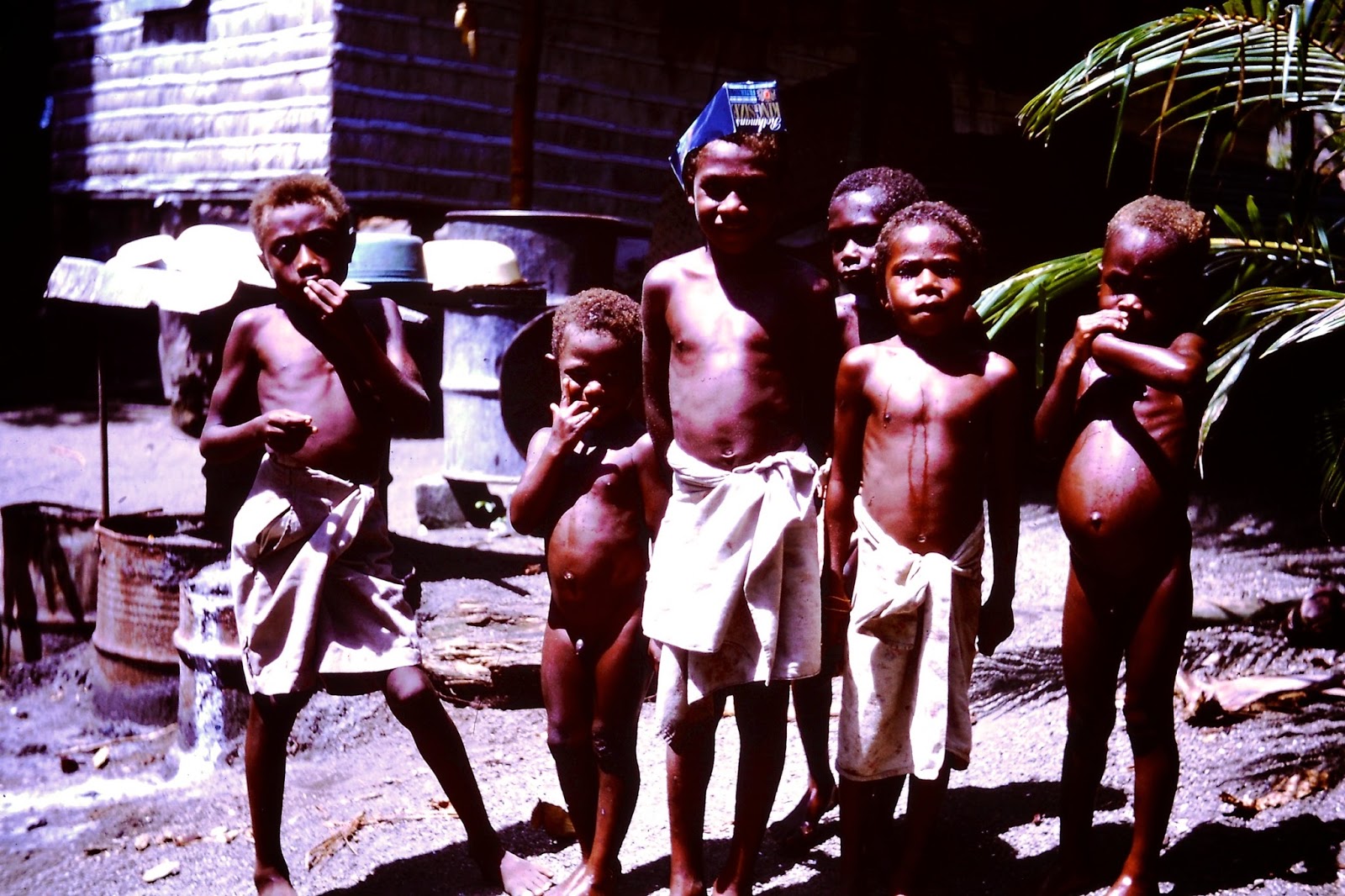 Needless to say it is a hot tropical island where the children didn't wear much. They were very shy and cute. 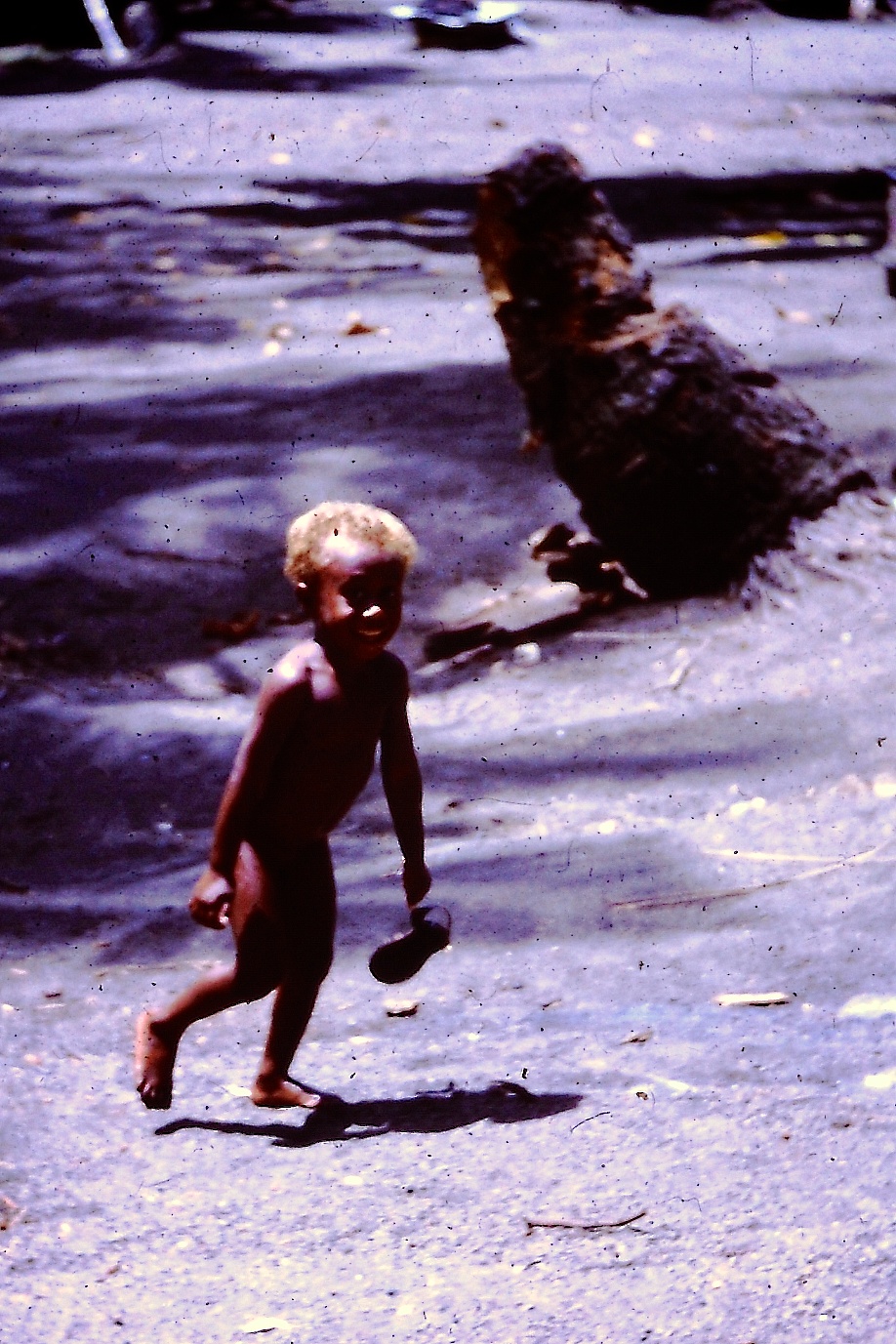 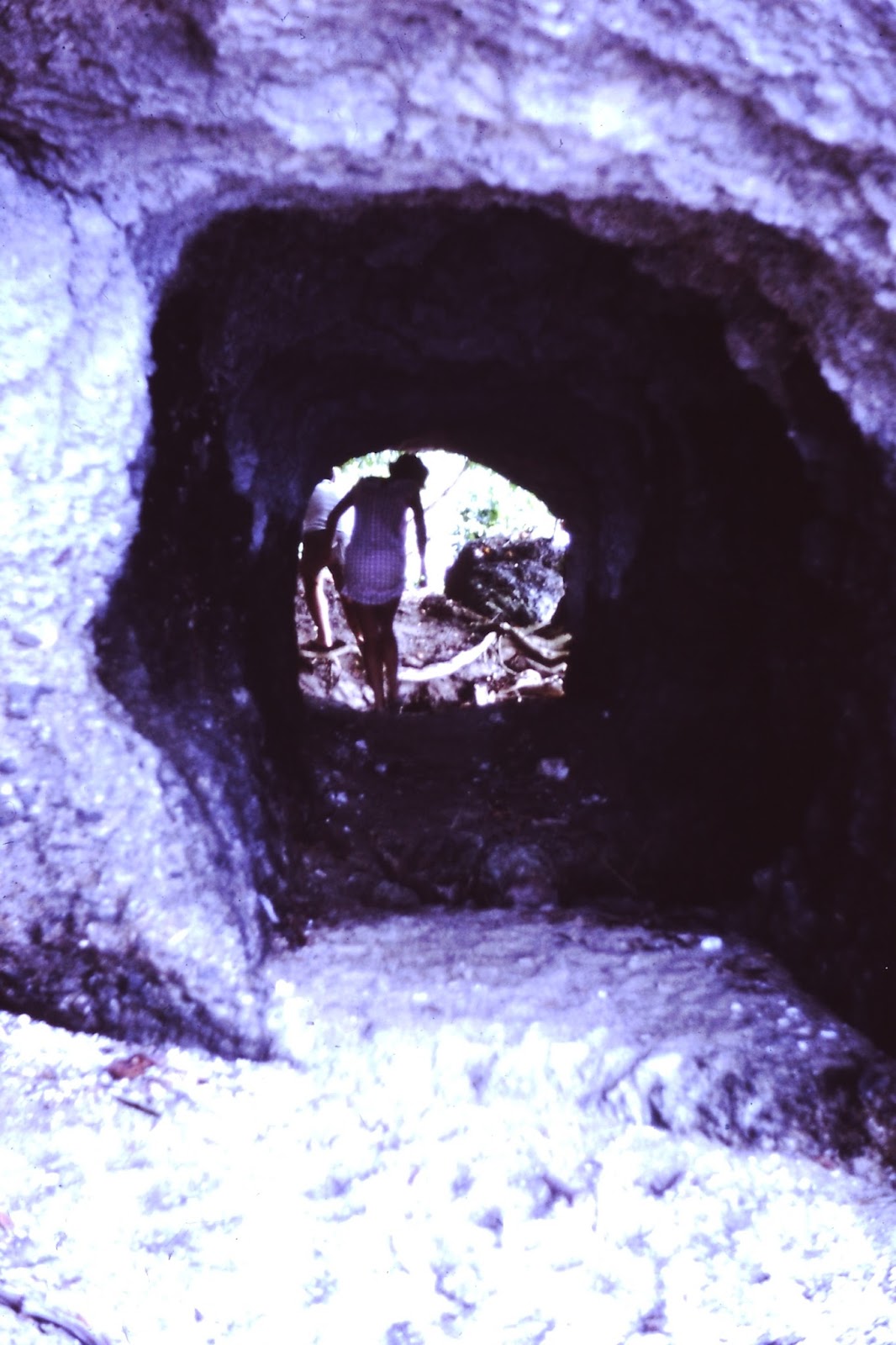 Rabaul has a colourful history as well as geology.  It was the headquarters of the German Colony  from 1884 to 1914 when it was taken over by Australia as part of the British Empire in WW1. In 1937 Tavurvur Volcano erupted and destroyed the town. 507 people were killed. In WW2 the Japanese invaded and took control. There were 110,000 troupes based there. They intended capturing Pt Moresby and then Australia. The Japanese built miles of tunnels as shelter from allied air attacks. We walked through some of these tunnels we also saw submarines and landing craft still inside the tunnels. In 1943 the allied forces established bases on islands all around Rabaul and cut off their supply lines and the base became useless. The Australians repelled the Japanese on the mainland on the infamous Kokoda Trail and prevented the fall of Pt Moresby. In 1945 the Japanese surrendered and although Australia had been bombed it was saved from invasion.

Australia resumed administration of PNG until independence in 1975. In 1994 Tavurvur and Vulcan erupted. With only 19 hours notice the whole town was evacuated. Five were killed. The whole town was covered in ash and buildings collapsed under the weight. Rabaul was turned into rubble. The capital of the province was relocated to Kokopo.

We were lucky to see this beautiful town before it was obliterated. Next stop we were home in Pt Moresby ready to start work again. 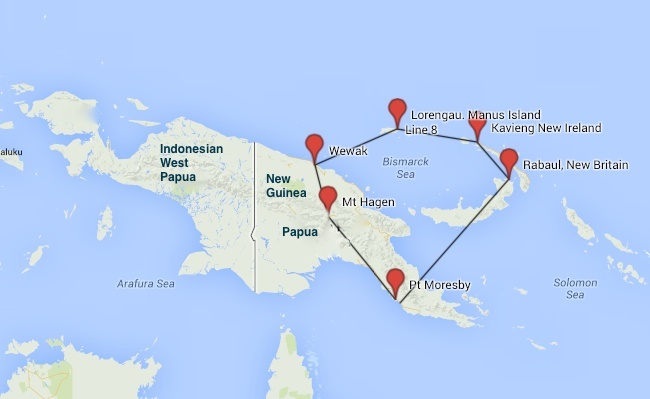 Email ThisBlogThis!Share to TwitterShare to FacebookShare to Pinterest
Labels: My Story, Rabaul 1967