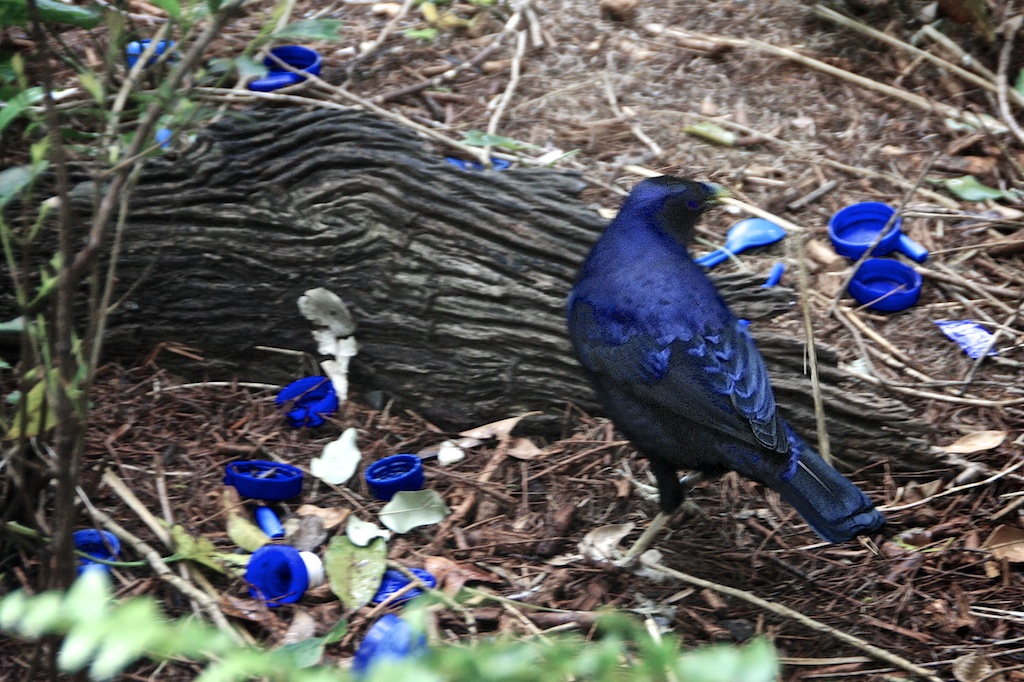 The male Satin Bower Bird collects blue items to decorate outside the bower he has built for his girlfriend. He also dances around the bower to attract his mate. 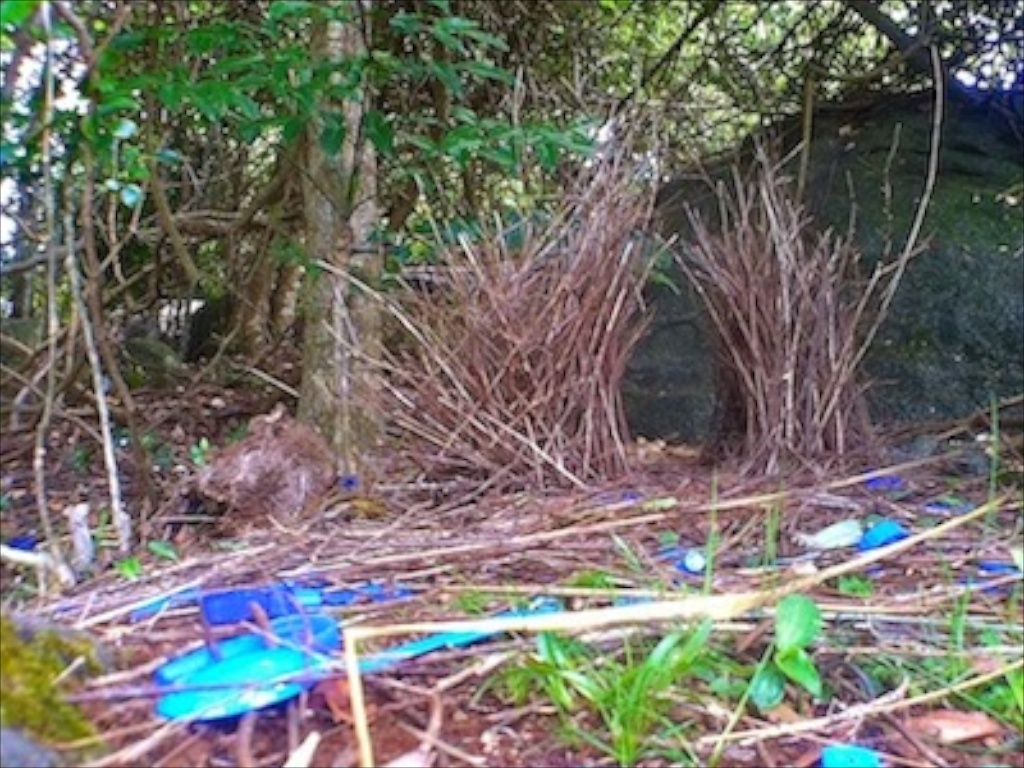 Mr Bower bird has to woo his girlfriend in a bower he especially builds on the ground for the wooing ceremony. The Bower Birds build a nest in a tree for their eggs . 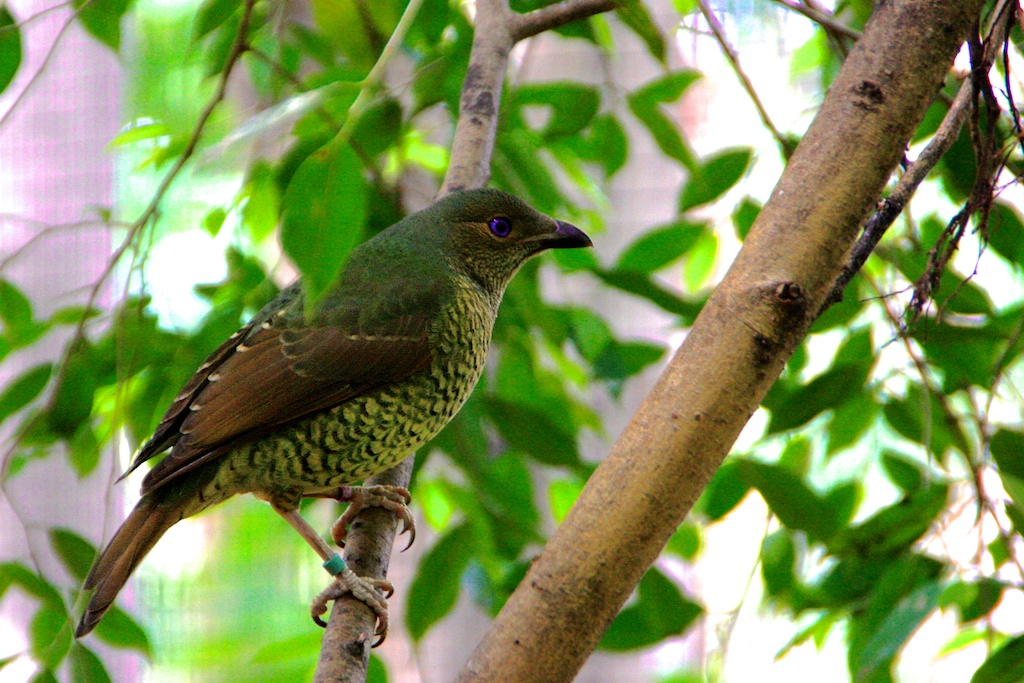 The female Bower Bird is watching  her prospective mate dancing about the bower and its blue decorations wondering if he's good enough for her. She isn't the dark blue satin colour of her mate but she has beautiful purple eyes. 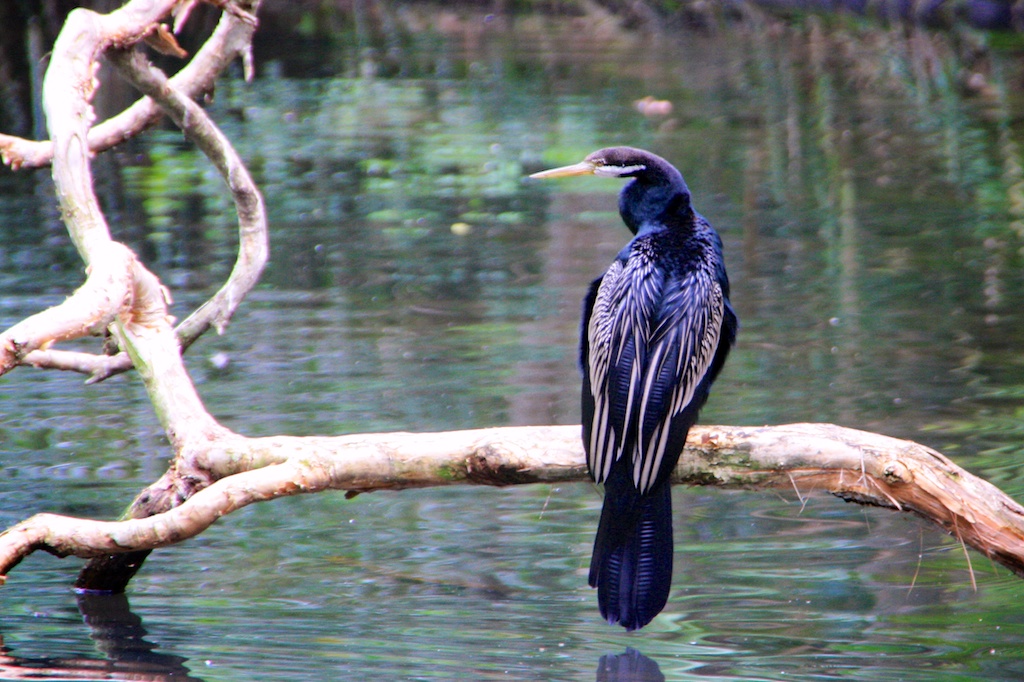 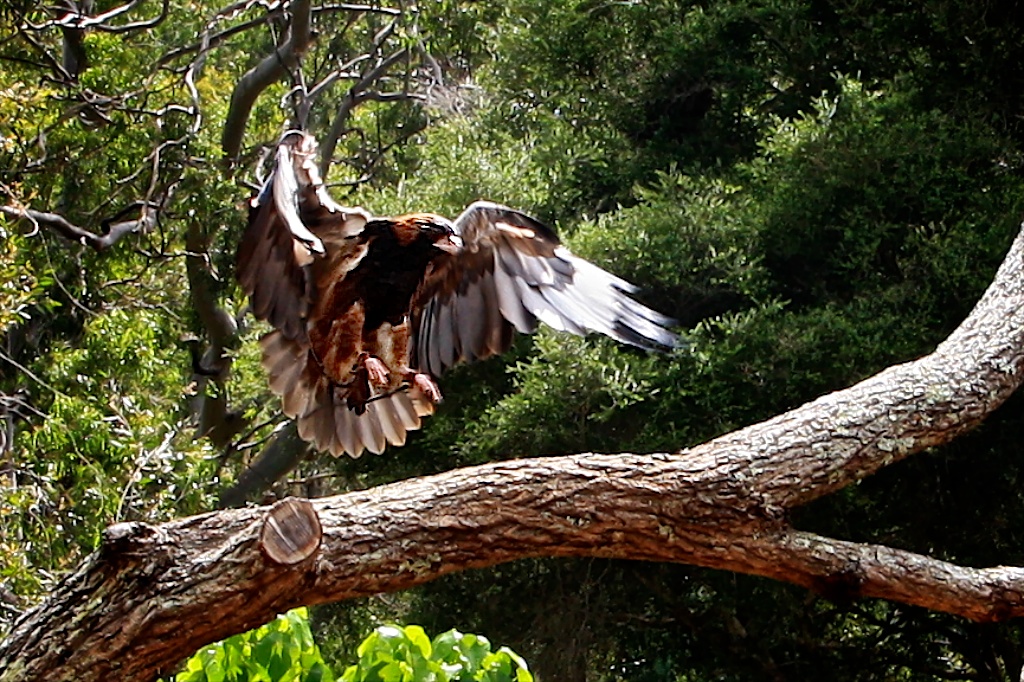 The  Black Breasted Buzzard is a medium sized rapture. It is about 60cm long with wing span of 155 cm and weighs 1.4 kg. 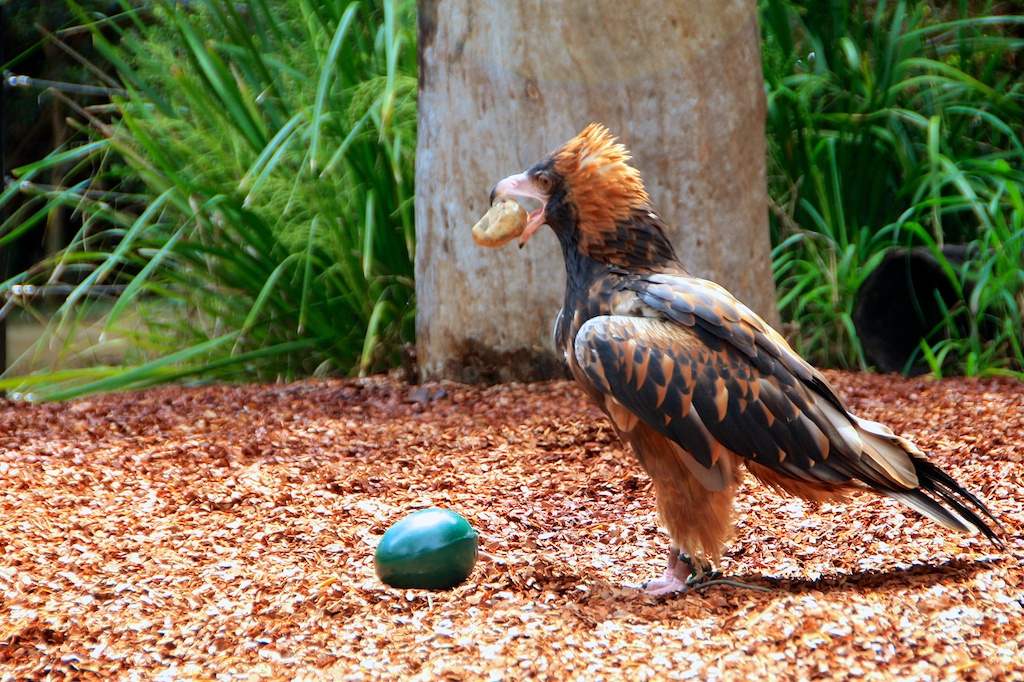 It cleverly uses a rock to throw down on an emu egg to break the tough shell. It will do it again and again until it can break open the egg with its beak. 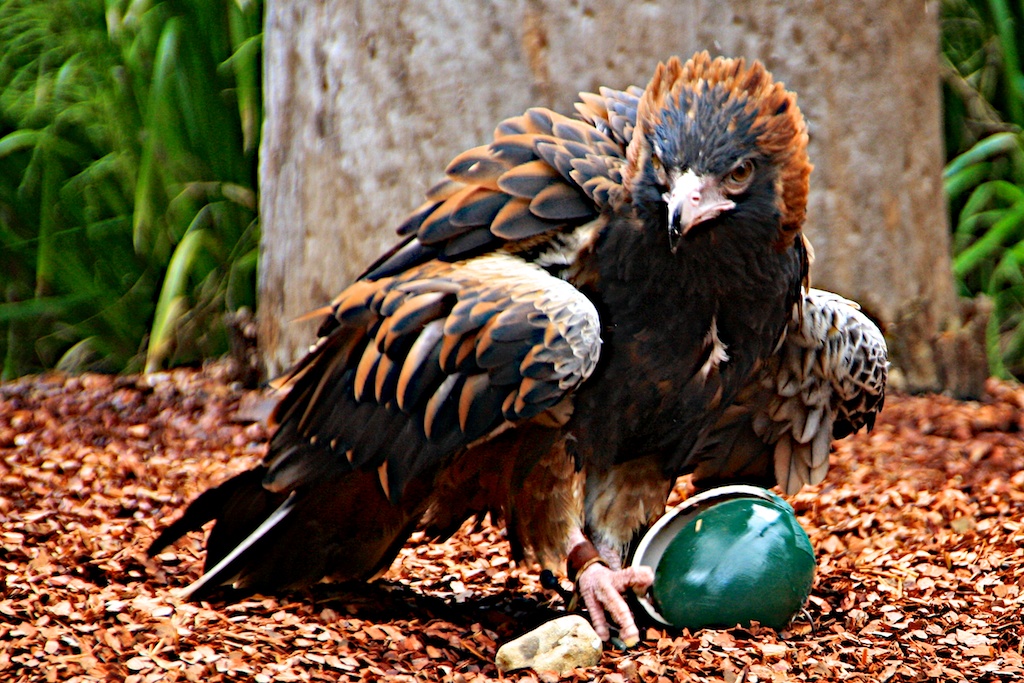 This was a fake egg for the show but it had meal worms inside for the Buzzard to eat. I was impressed with this act. 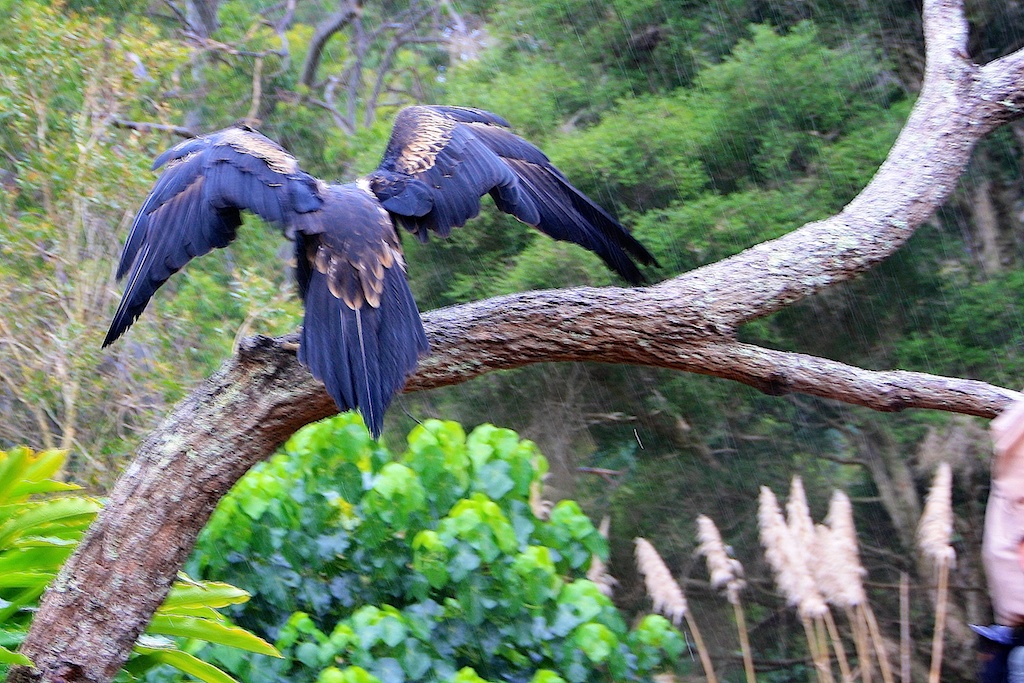 Just before the end of the show it started to rain. I had to hide my camera under my jacket and it was hard to get shots of our biggest eagle , "The Wedge Tailed Eagle" He zoomed closely over our heads to land on the tree perch. 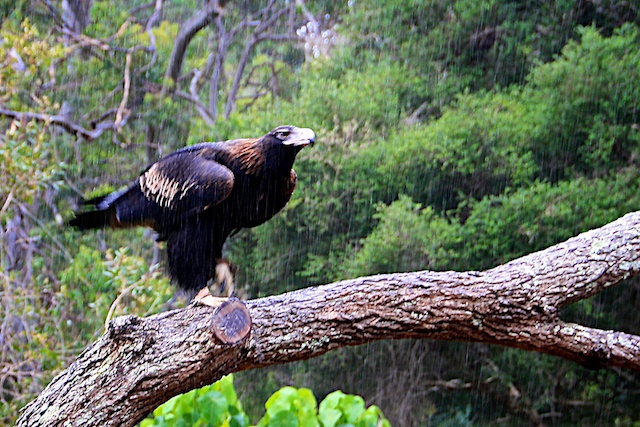 He stands 1m tall with a wing span of 2.2m and weighs 5kg. He eats rabbits, baby wallabies, rats, mice and other small mammals.
Linked with I'd rather be birdin'
and Wild Bird Wednesday