A TROPICAL ISLE WITH A DARK SIDE

Continuing my last post where I was remembering my trip around New Guinea with my friend, Joan,  in 1967. We flew from Pt Moresby to Mt Hagen in the mountains then over to the north coast to Wewak for a few days. Then we flew to Lorngau on Manus Is. A beautiful Tropical Island not far from the equator. See map on previous post. 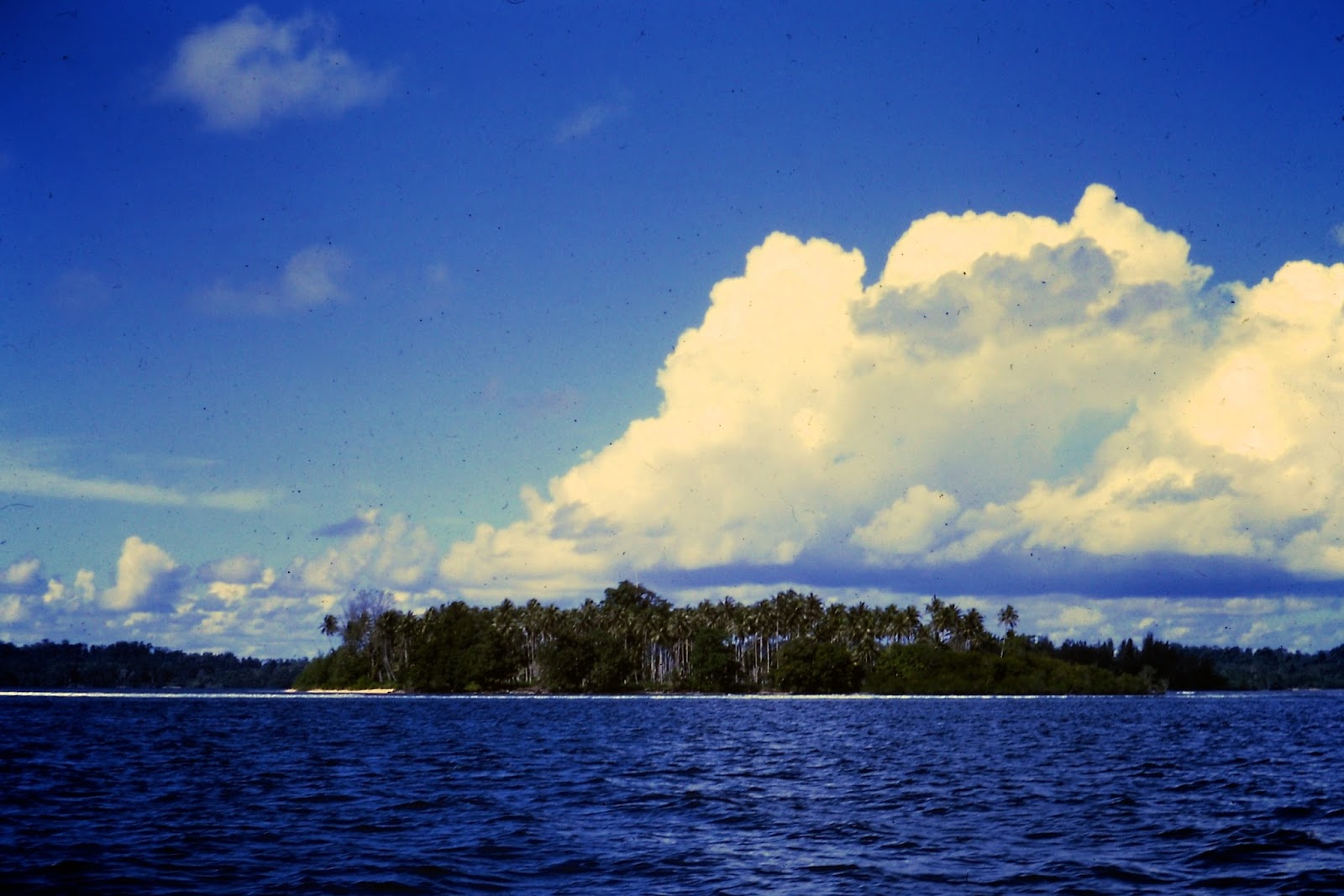 We were met by Wes, Joan's brother, who worked on the island as a teacher. Later he married a local girl from an important family on the island. He was accepted well into the family and he was well respected in the community. He left teaching to help the people of the island set up a cooperative to sell coconuts and other produce. He made PNG his home. He also developed a tourist business and motel in Lorengau. In 1975 when PNG gained independence his wife became a member of parliament so Wes and his wife and three children moved to Pt Moresby. During this time they became aware of corruption among some members of parliament. Wes and his wife wanted to expose the corruption. Sadly Wes was murdered before this happened. Needless to say Joan and his family were devastated. 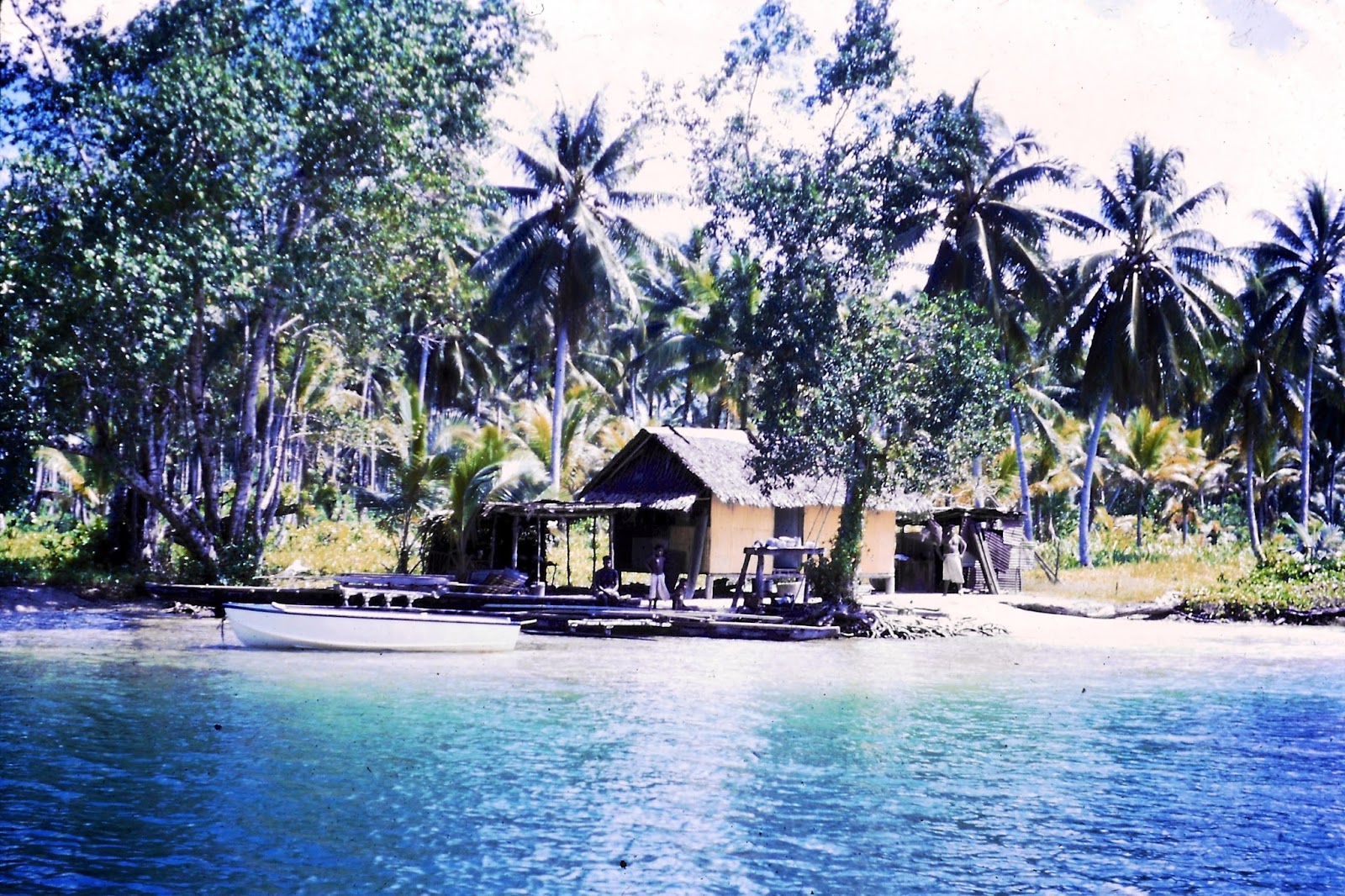 We were taken around the island, it was beautiful. 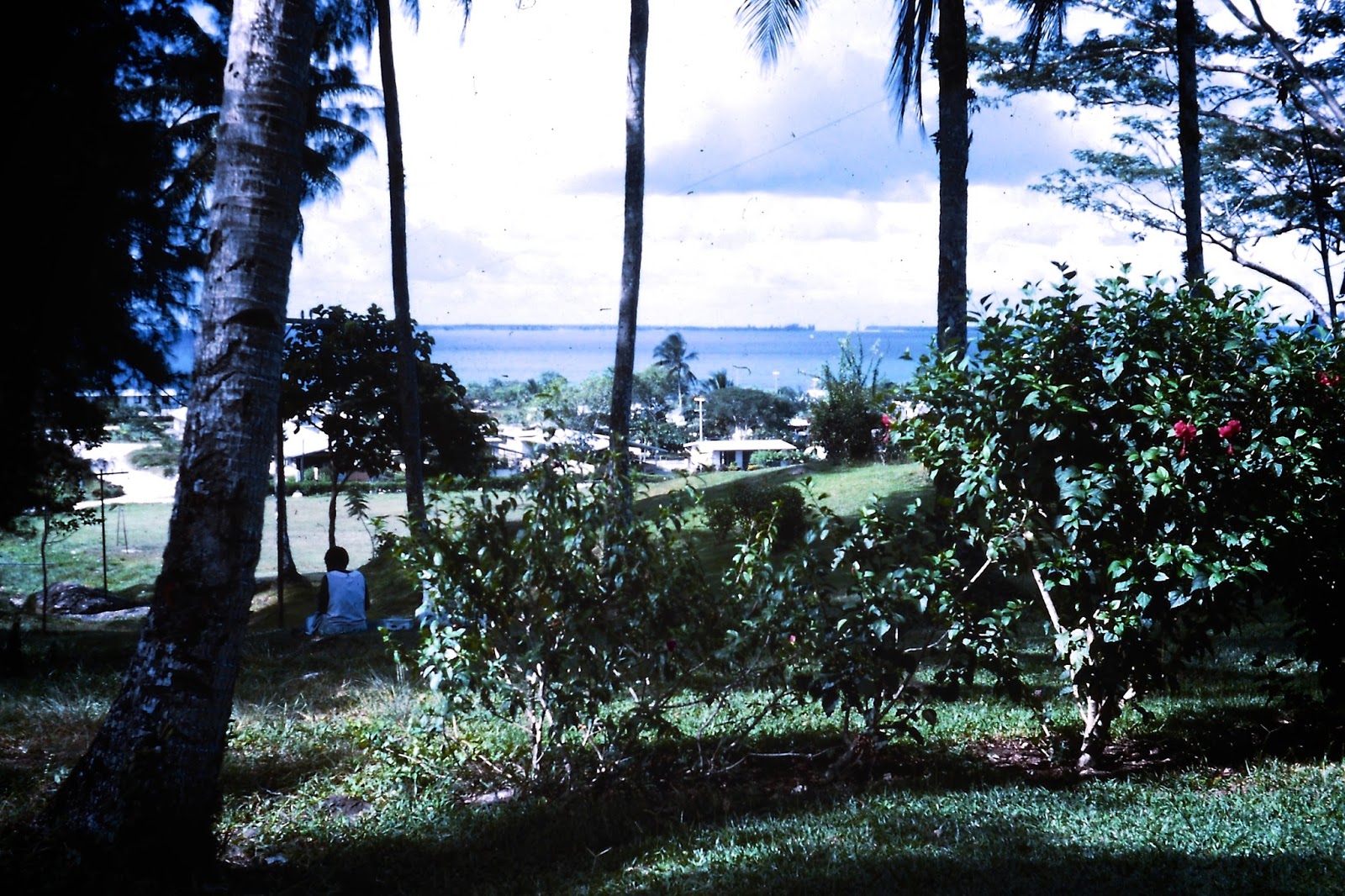 We stayed in Wes's little house called a one man donga. He bunked in with a friend while we were there. This was the view from his house. I remember his door wouldn't close properly but he said not to worry there is no crime on the island everyone is safe. That was in 1967 how things have changed now.
Last year, the PNG government agreed to have an Australian detention centre on Manus Is. to house illegal immigrants who have tried to enter Australia on people smuggling boats from Indonesia. Recently there was a riot at the centre and one person was killed by the guards. 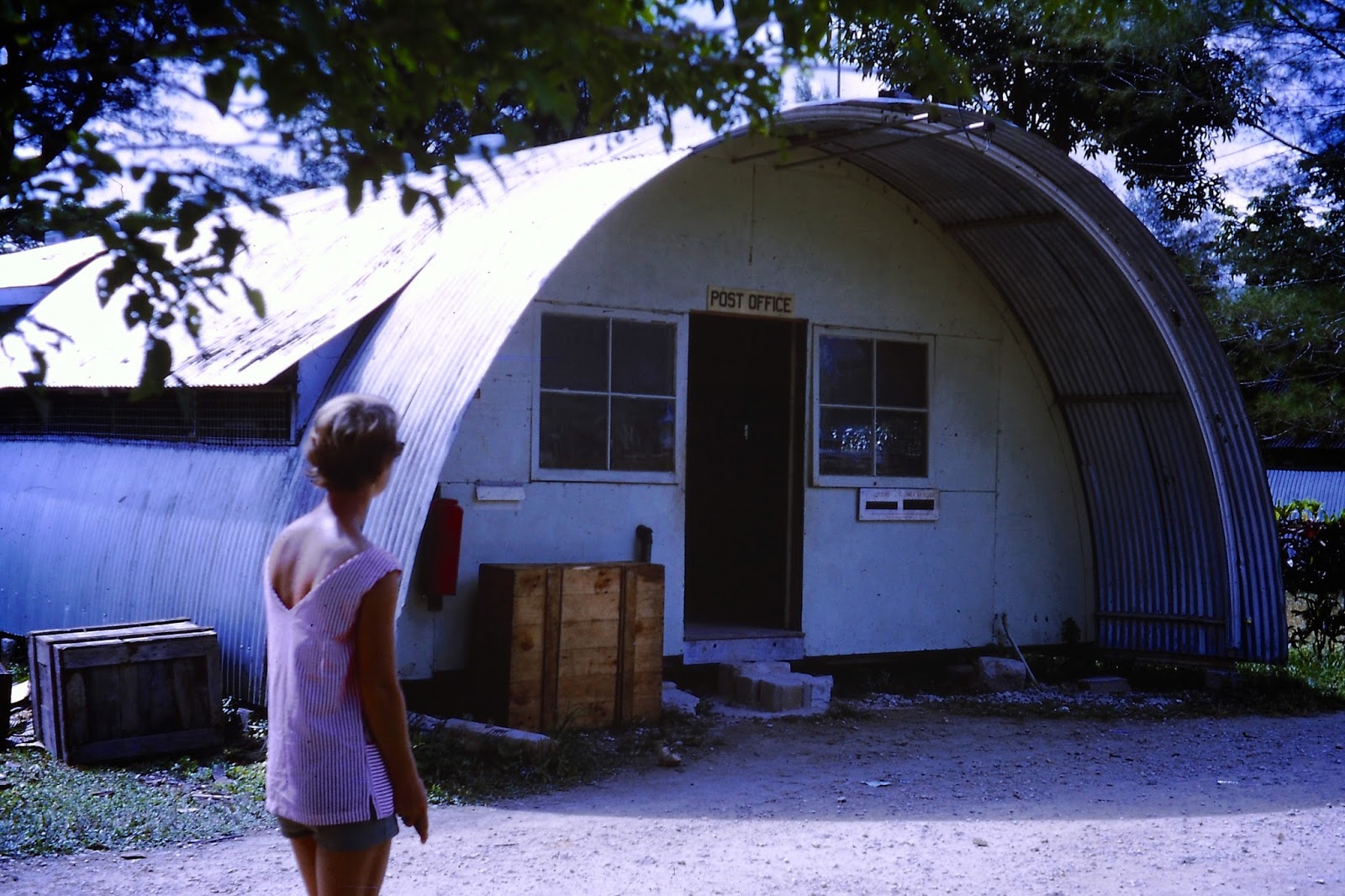 Joan outside the Post Office, a left over building from WW2. There was a big Naval Base on the island . 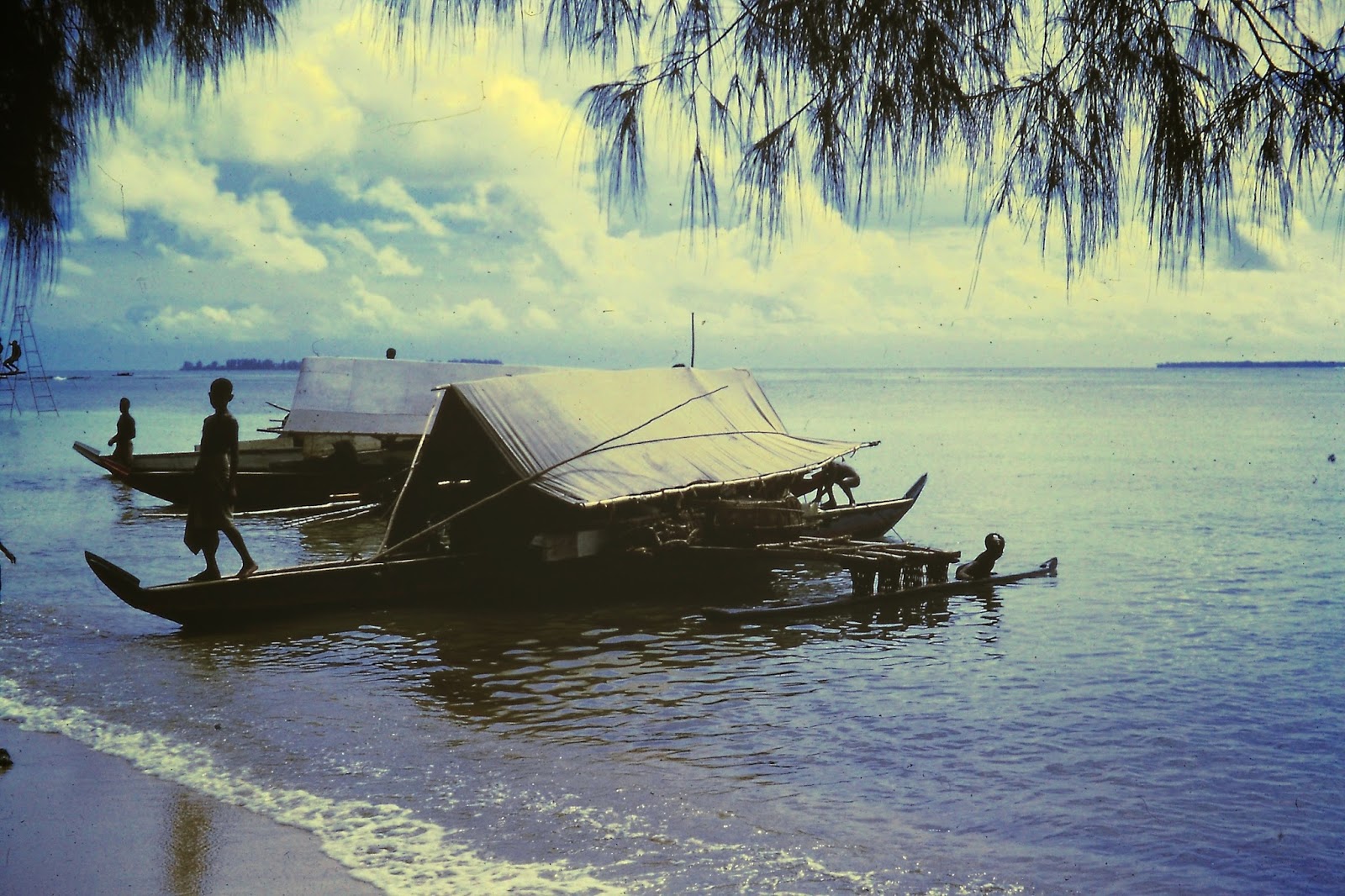 The Manus people had quite big ocean going canoes or lakatois. It was an idyllic scene way back in those days. Soon it was time for us to board a plane again for Kavieng on New Ireland Island, where my brother lived.
Posted by diane b

Email ThisBlogThis!Share to TwitterShare to FacebookShare to Pinterest
Labels: Manus Island 1967, My Story