We flew to Sydney last week to visit our daughter, Carol and SIL, David. They have taken leave from work for four months to travel around the world. So we went to say goodbye and spend a few days enjoying their company. The weather was wet and cold but it didn't dampen our spirit. 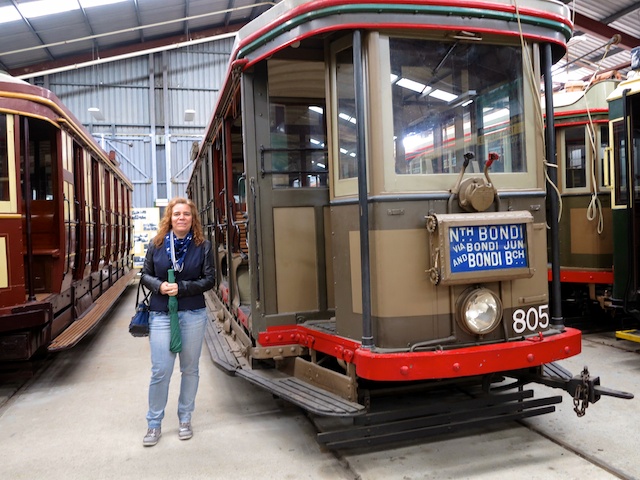 Carol took us to the Sydney Tram museum, knowing that her dad loves transport museums. The Bondi tram became famous as a saying was coined about it. He "shot through like a Bondi tram." Apparently, the tram picked up speed down the steep hill to the beach. 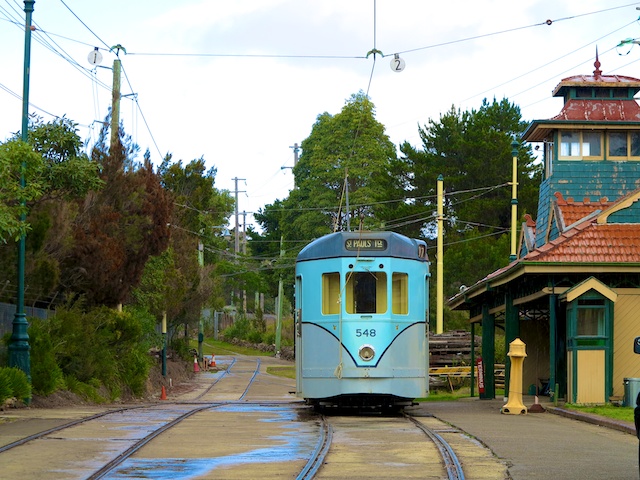 We went for a ride on an old tram from Brisbane. This made TOH nostalgic as he used to ride the Brisbane trams in the 60's. Trams stopped running in Brisbane in 1969 but we wished they hadn't. The tram took us from Loftus to Sutherland and back to The Royal National Park. This was nostalgic for me because I used to live at Loftus and catch the train to school in Sutherland and to The Royal National Park on weekends. 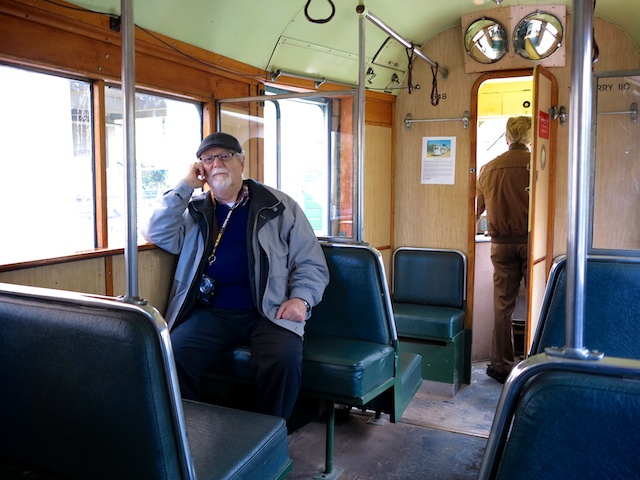 The museum is manned and maintained by volunteers. 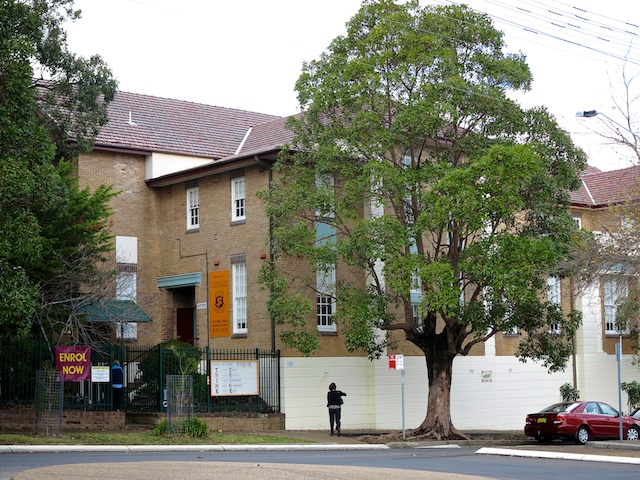 After our fun trip we drove into Sutherland for lunch in a cafe right opposite my old school. The memories came flooding back.
Posted by diane b