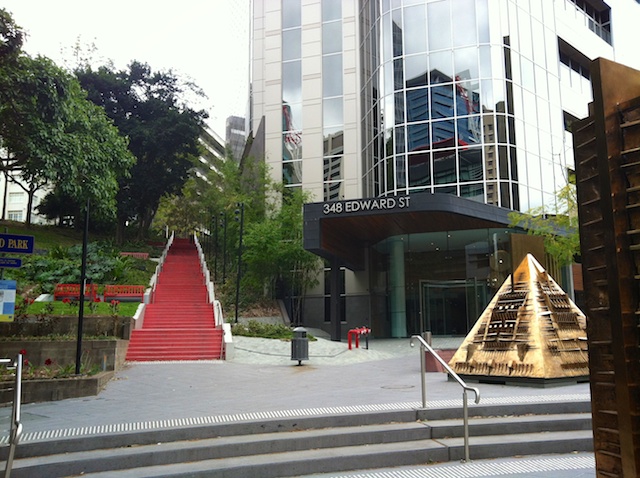 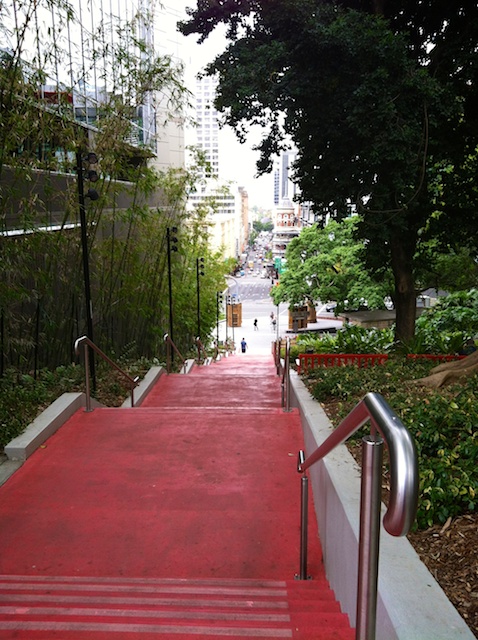 When we visit TOH's specialist we walk from Central Station up the steep hill to the Wickham Terrace, Brisbane's street of specialist doctors.  There are stairs connecting Edward St. to Wickham Tce. They are called Jacobs Stairs, which is a biblical reference to Jacob's stairs which connected heaven to earth. When you look up the stairs only the steps are visible but when yo look down the stairs only the landings are visible.
Research tells me that the stairs were renovated in 2009 and painted red except the landings were painted different colours and at night there was a light show projected onto the landings.
However, my shot shows the landings are red too. I don't know what happened to the rainbow colours.
Did you notice some unusual sculptures at the foot of the stairs? I'll show you more closely below. 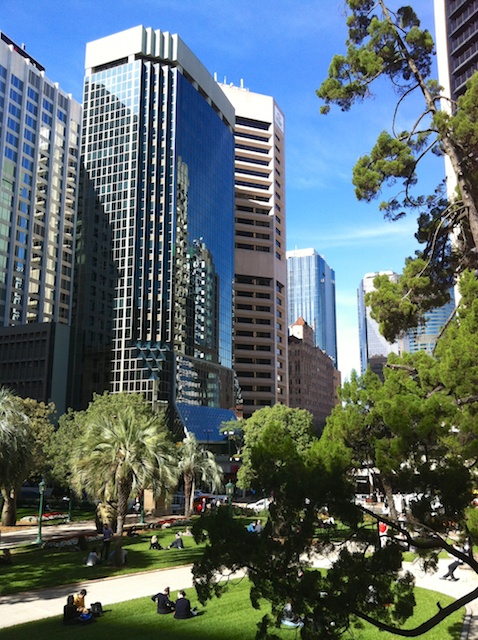 In 1915 there was a path way leading from the shopping area up to Wickham Tce where well to do people lived looking over the city. In 1920 stairs were made. They were renovated in 1947, 1961 and 2009.
Next to the stairs is King Edward Park. It all looks a bit different today but a nice place to relax and wait for doctors appointments.

At the bottom of the stairs are four sculptures. I always thought that they looked like something out of 'Starwars' but I was wrong.

They are called 'Form del Mito' or 'Forms of Myth' made by Italian artist Amaldo Pomodora in 1983 for the world Expo held here in 1988. 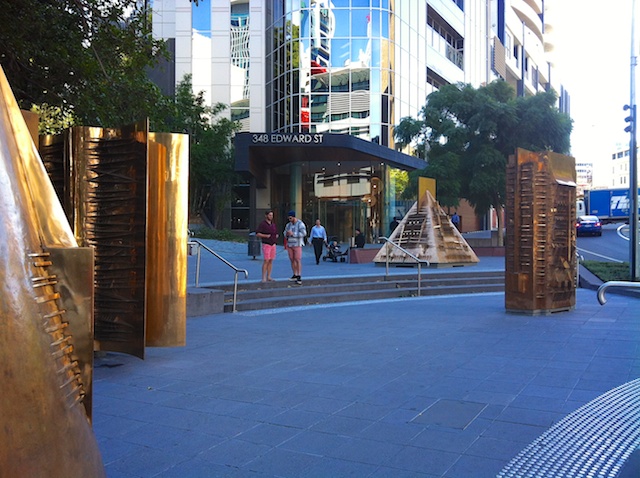 It was hard to fit all four pieces into the phone camera lens. The four pieces represent the characters from the Greek tragedy 'Agamemnon.' The pyramid is Agamemnon - power. 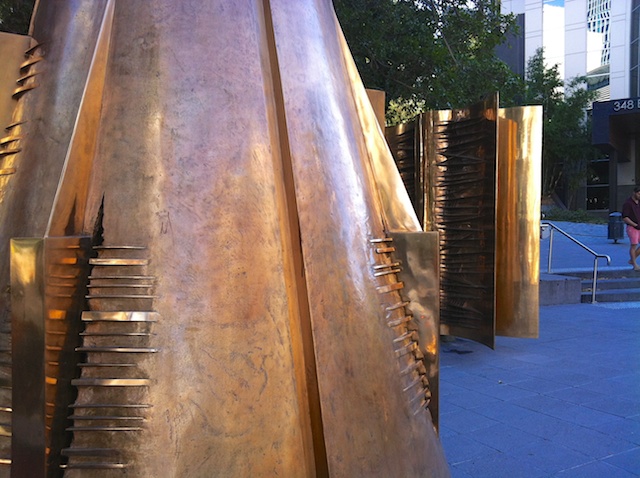 The round one is Clytemnestra - ambition. 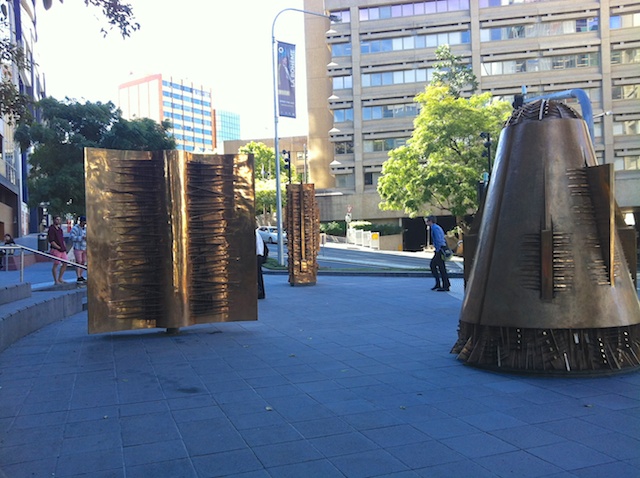 The tall rectangular one at the back is Aegisthus - machine and the short one on the left is Cassandra - prophecy. Well it fooled me I still think they look like 'Starwars' characters.
Posted by diane b