When I was in LA last week my daughter, Sonya, managed to take us to the Tar Pits before she went to work. She did a wonderful job of showing us around LA as well as looking after the children and going to work. Luckily she had a late start and she had Bernie around to help.

The Tar Pits are lakes of bubbling asphalt and methane found in the heart of LA. They have been a landmark since before the spanish explorers. Indians used the tar to waterproof their baskets and boats. Later it became part of a Spanish land grant called Rancho La Brea (meaning tar/pitch). Now it is surrounded by the commercial centre of LA.

Early settlers used the tar to waterproof the roofs of their adobe houses. They also found bones in the tar but thought they were of cattle. However, in 1905 scientists began looking more closely at the bones and discovered it was one of the richest Ice Age fossil deposits in the world.

It is still an ongoing working site for paleontologists, where 3.5 million fossils have been found and still counting. 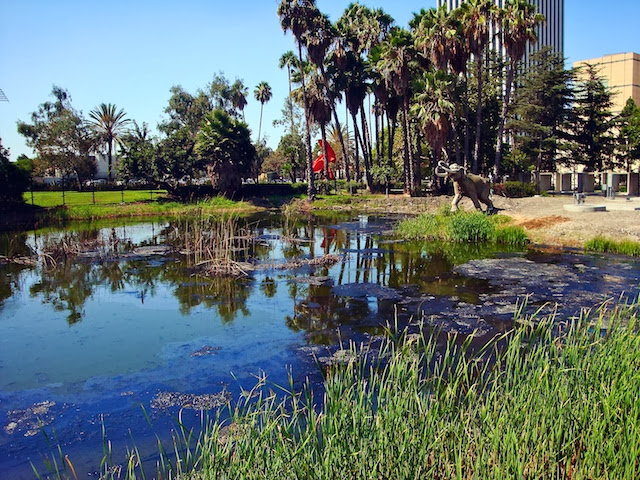 Lakes of bubbling asphalt and methane. 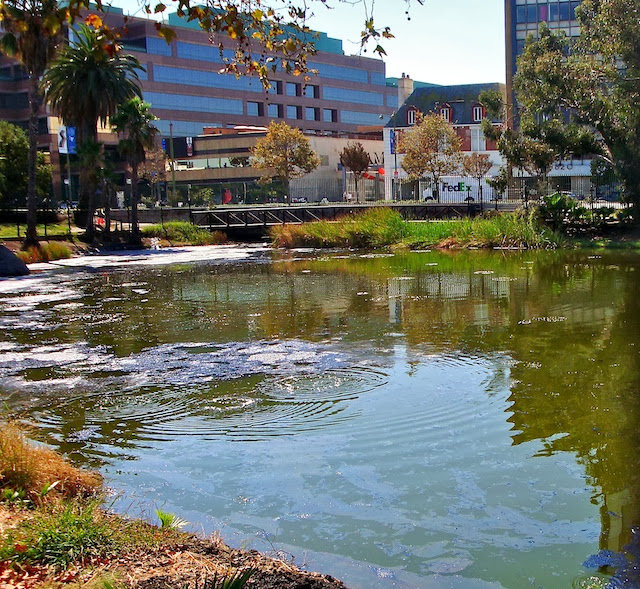 The Pits are in parkland called Hancock park. It was land owned by George A Hancock and he donated it to LA County. 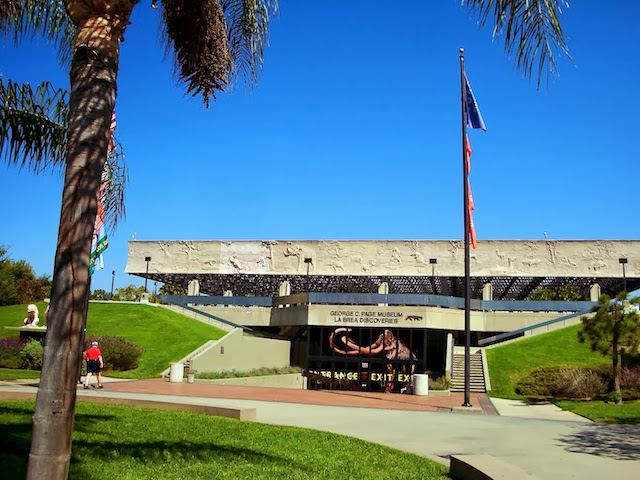 In the park is the Page Museum, which houses many fossil exhibits. The museum was built and designed by George C Page a self made millionaire and philanthropist. 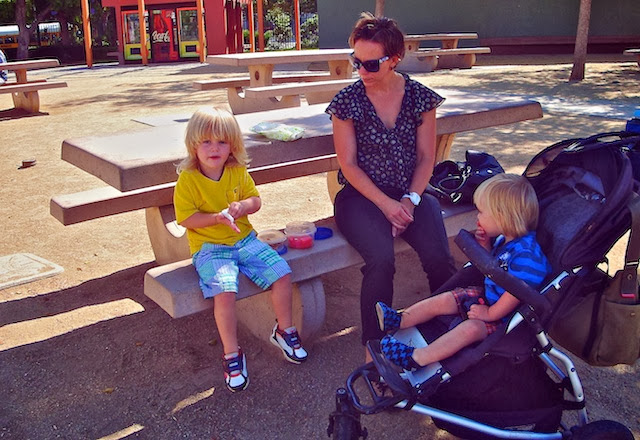 Before we went into the museum, 'mommy' gives the boys a snack. 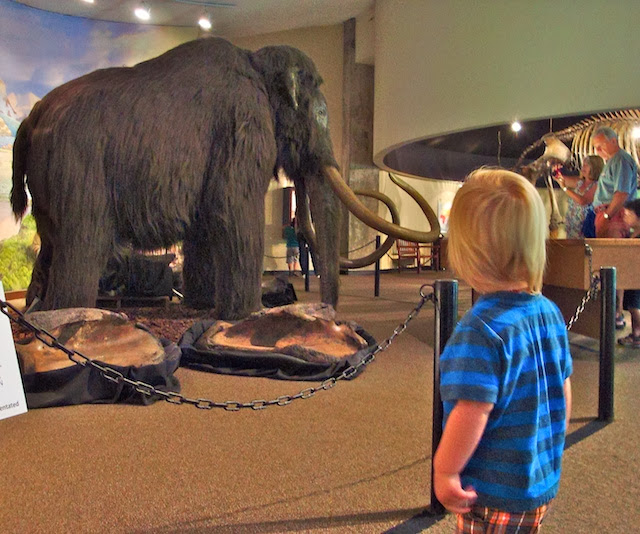 It is a great museum with not only bones but life size models of the prehistoric animals that have been found on this site. They are moving and roaring animals which captivates the little ones. This mammoth was rearing its head and trumpeting. Then Banjo did the cutest thing. He put his two hands on his forehead and stuck out his forefingers and bent his head up and down and roared, imitating the mammoth. I missed the photo opportunity. 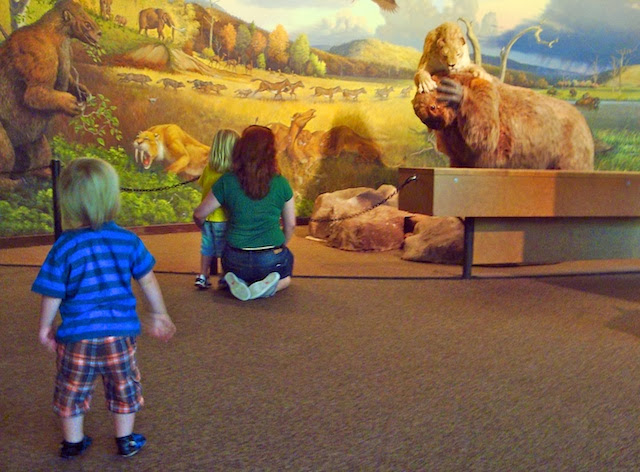 When we came to the Sabre Toothed Cat attacking the Ground Sloth, with much roaring and grappling, Fox needed the reassurance of Aunty Carol that it wasn't real. 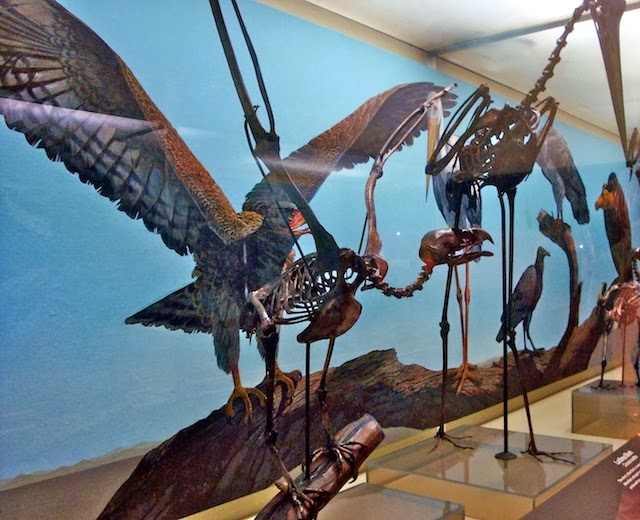 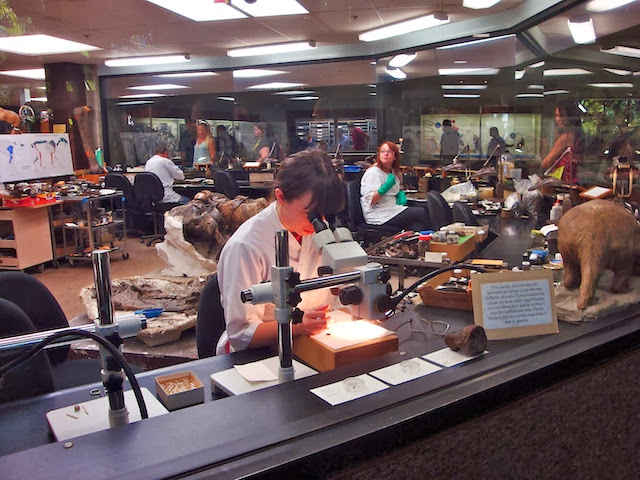 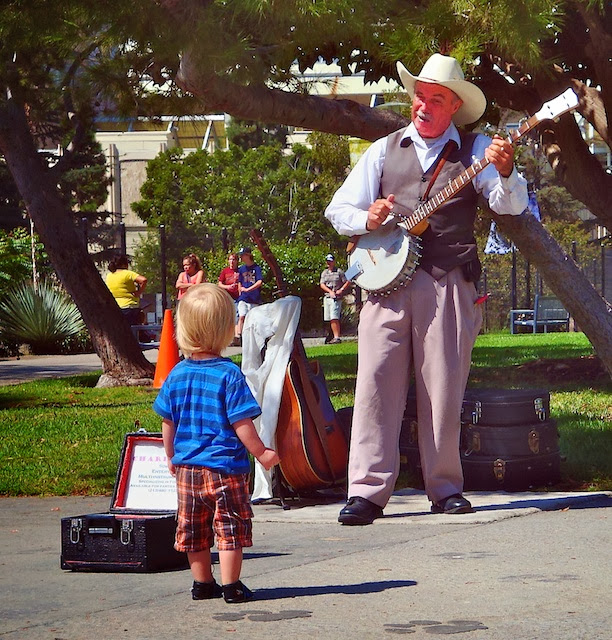 We left the museum and walked through the park to see some working pits. We passed a busker where Banjo met a banjo player. He loved the music and started to dance. 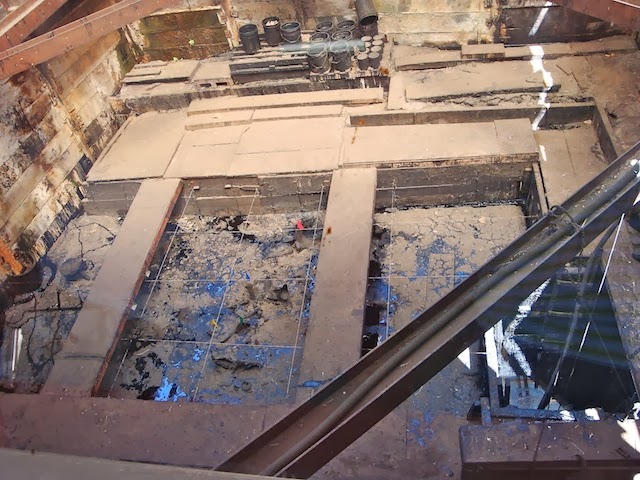 One of the pits where bones are still being found.
Posted by diane b