It was Paul's Birthday recently and we were all pleased to be attending his birthday lunch as he is fighting Mesothelioma. He recently completed another dose of chemo therapy and was well enough to go on an adventurous tour to the northern most tip of Australia, Cape York. This area is famous for its tropical wilderness and men like Crocodile Dundee.

As I thought Paul is a fighter like Crocodile Dundee that is how I dressed Birthday Bear for Paul. We celebrated at Hog's Breath Cafe at Garden City in Brisbane. 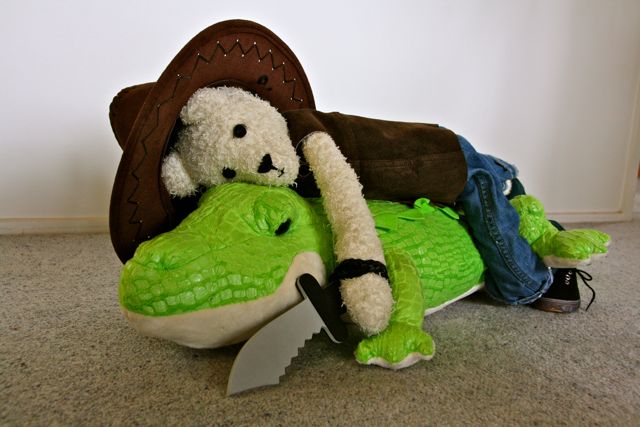 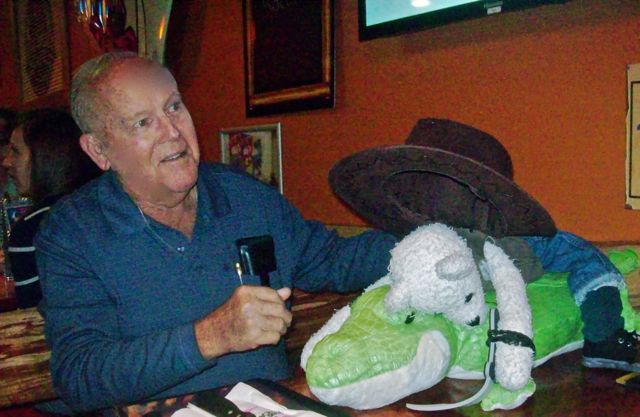 Paul liked Bear's hat. Bear looks like he's having a nap after wrestling that croc. 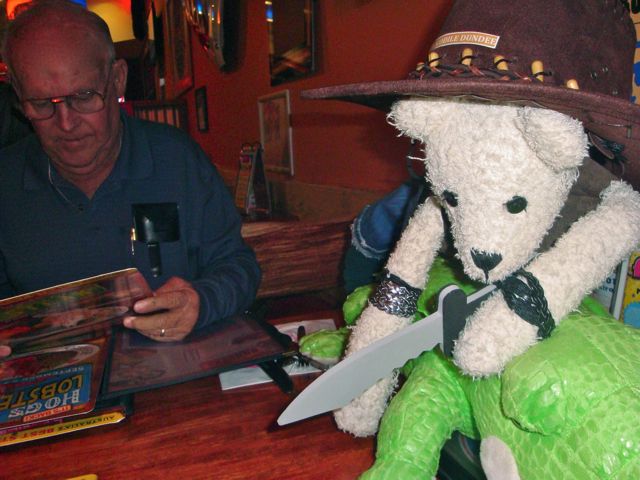 Crocodile Dundee's hat has crocodile teeth in the leather band. (beads from an old necklace). Bear also has Dundee's leather armbands and the famous, "That's a knife." 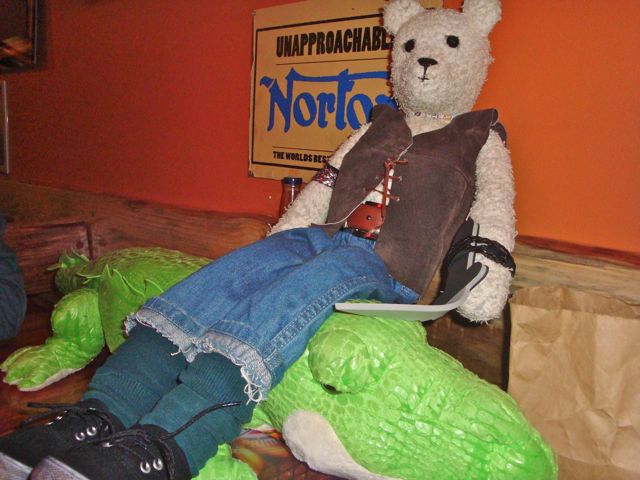 Bear woke  up when the steaks arrived. He is showing off his leather/crocodile skin vest and big buckled belt.

Readers not familiar with our Birthday Bear tradition read more here.
Posted by diane b