In Las Vegas we had a scrumptious buffet dinner from the biggest buffet you have ever seen then we went to see a show called, 'The Rat Pack is Back". It was fun to see Frank, Dean and Sammy singing again. The cast were excellent impersonators.


The next day we opted to take a helicopter flight from Las Vegas into the Grand Canyon. 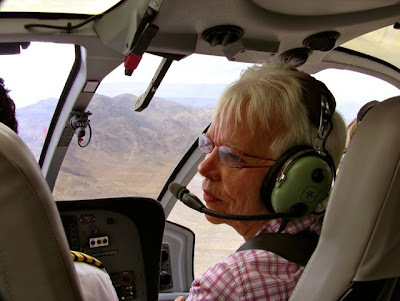 I love helicopter flights. This one was the best! I was sitting next to the pilot. 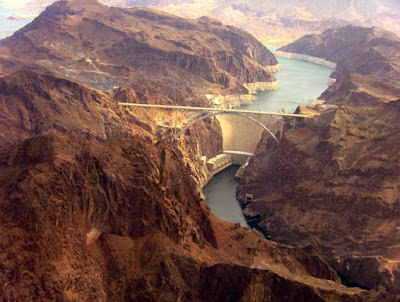 We flew over the Hoover Dam 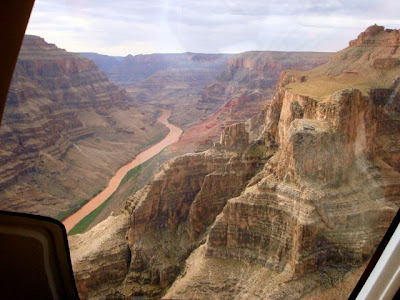 Then we dipped down into the canyon and followed the Colorado River. It was a heart in your mouth experience. 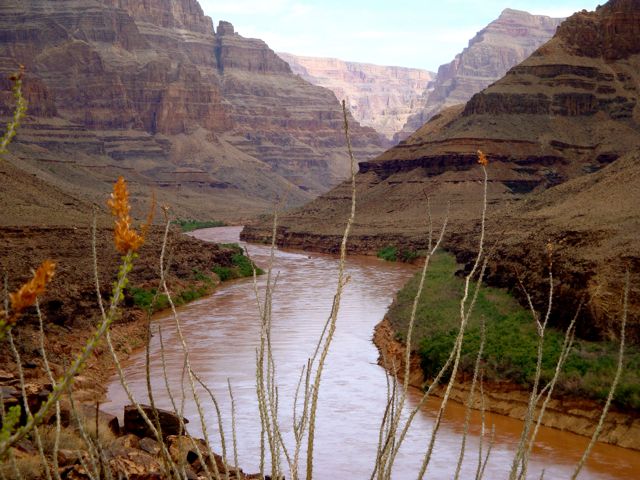 We landed on the bank of the river. It was stunning even though it was overcast. 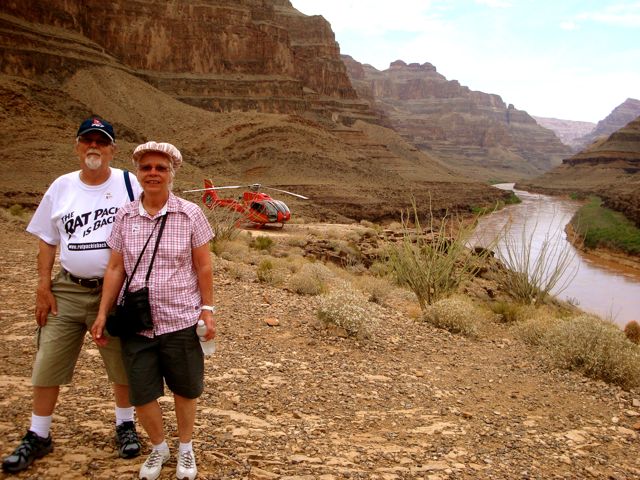 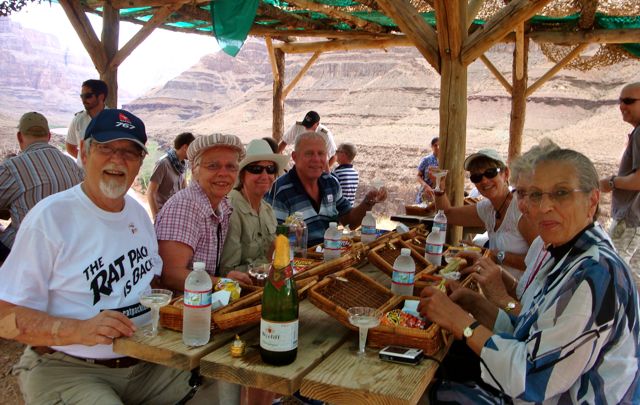 There were seven helicopter groups. We were given a Champaign lunch. 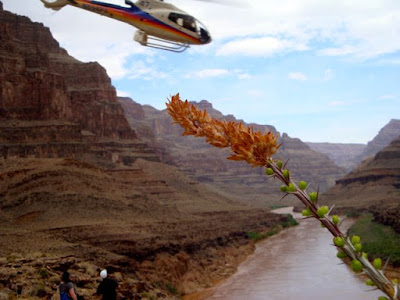 Then it was lift off. 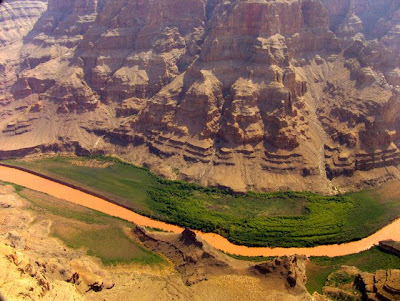 Rising above the river. 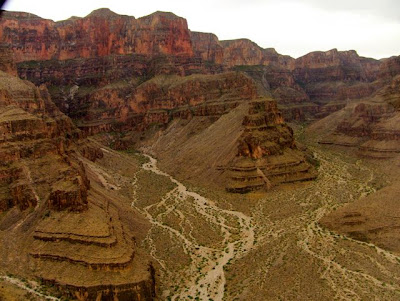 Then up up up to get over the rim. 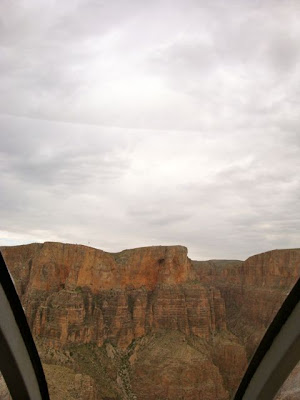 Will we make it? 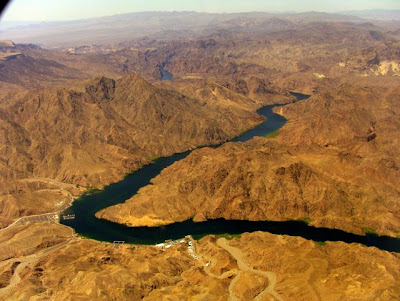 Easily! The river snakes away into the distance. 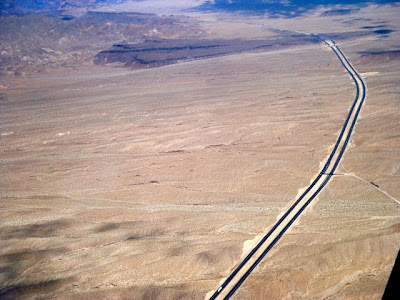 The road too. The Americans sure know how to build roads.
All the roads we travelled on were dual carriageways and made for a very comfortable ride.

To experience a minute of this helicopter flight watch Bill's video.