Finally we had reached the west coast after travelling all the way from the east coast by bus. We booked into the Marriot Hotel in LA and then the whole group had our last dinner together at "Bubba Gump Shrimp Co." on the Santa Monica Pier. All 50 of us were friends now and we had a very jovial dinner. 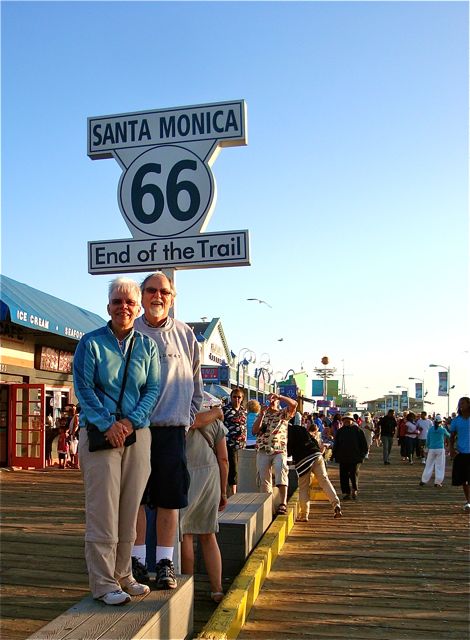 Where the famous Route 66 ended and where we ended our tour too.  What a fabulous trip it was I'm sure you would agree. 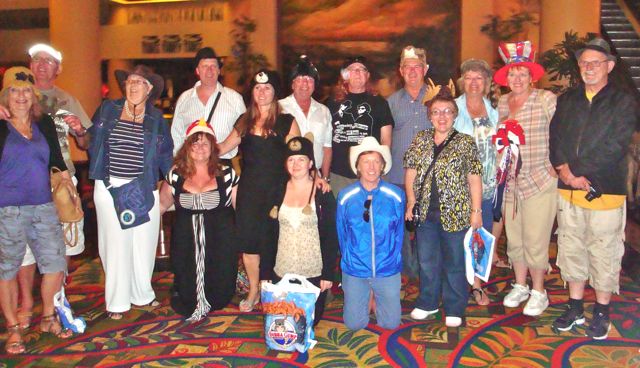 Some of our group donned their maddest hat for the last night including our guide 2nd from right at the back. We said good bye to our new friends back here at the hotel as we were not doing the last  day's tour of LA with them, instead we were going to spend one last day with our young family. We had seen the places that the group were visiting in LA before the tour started. 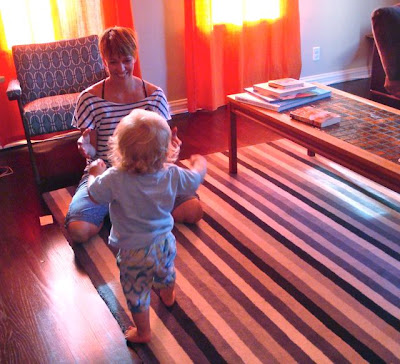 The day that we arrived back at Sonya and Bernie's place was the same day that little Fox took his first steps. We were so thrilled to see this milestone in his development. 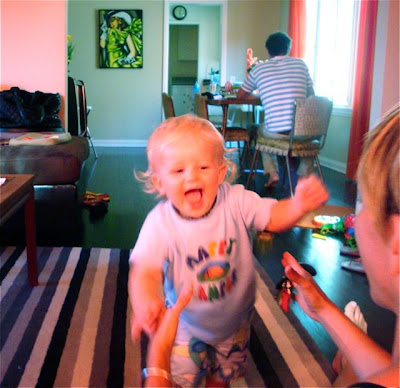 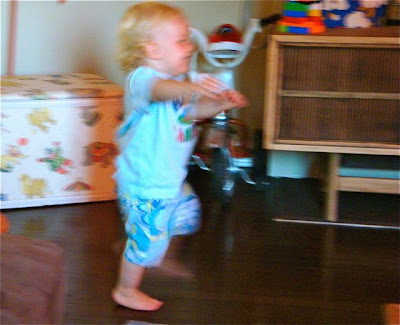 Look at him go, no stopping him now.
For lunch we went to the Farmers' Market in West Hollywood just a few blocks away from Sonya's home. 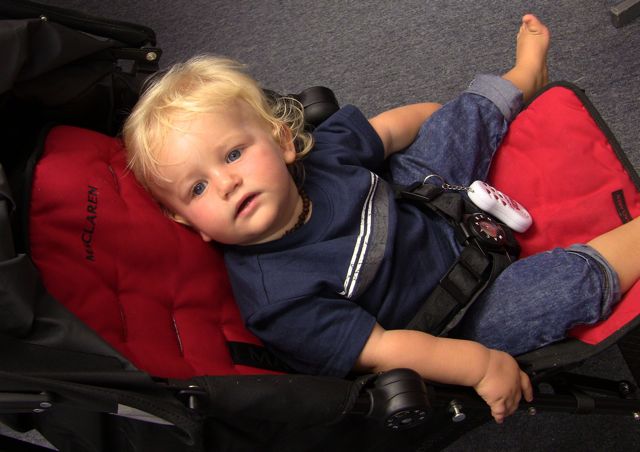 Bye , bye my little darling see you soon in Sydney.
Bernie has being doing auditions in LA and he is hoping to get acting work there but in the meantime his agent in Australia told him Channel 7 wanted him to host another series of Beauty and the Geek. A good deal was arranged which included flights, accommodation and car for the whole family. So our little family have been back in Sydney at the moment for seven weeks but they return to LA soon.
Posted by diane b