THE STORY OF THE BLÜMLISALP PADDLE STEAMER

During our holiday in Switzerland we went for a trip on the Lake of Thun (Toon) on a very interesting paddle steamer called the Blümlisalp.

The Blümlisalp was originally built in 1906 in Zürich especially for the Lake of Thun.On August 1st 1972 the Blümlisalp completed its last cruise, which was from the town of Thun at one end of the lake to Interlachen at the other end of the lake, stopping at villages on both sides of the lake on its way. At each stop there was a celebration for the old girl. 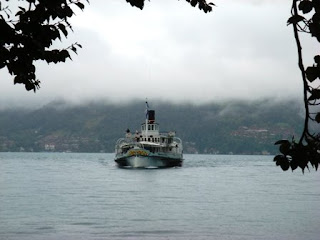 The company that owned the ship replaced her with a more modern ship. The Blümlisalp was to be left to rot. This caused outrage among the local people and radio stations and newspapers were inundated with complaints. Petitions were signed and sent to the government but nothing was done, the ship was towed to its final resting place , a disused quarry, to rust and rot and sink to the bottom. 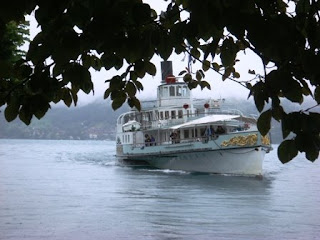 A group of concerned people and paddle steamer enthusiasts formed a group, "Friends of the Blümlisalp". They were dismayed to see that vandals were damaging their beloved steamer so the group organised watches on weekends and at night with two people sleeping in sleeping bags on board every night. 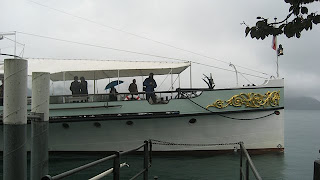 More and more people joined the group and working bees were organised to maintain the boat. Rust was removed and primer painted on. The windows were boarded up and engineers kept the engines spotless and greased. Complaints to the authorities about unauthorised people frequently visiting the ship were dismissed as many of the law enforcing officers were members of the group. So the ship would not die. 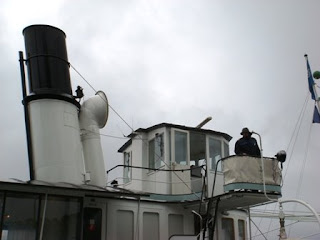 After 10 years of exile there was a feature article in the Swiss press about how the friends of the Blümlisalp had kept the ship alive. The owners BLS relented and handed the ownership to the persistent group of enthusiasts.The people of the canton (state) demanded that the government step in and provide funds for the complete restoration to the stage where it could be put back into service. 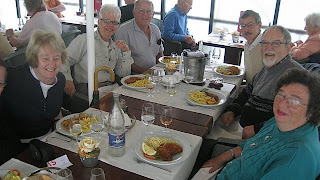 The issue was put to a referendum as all issues are in Switzerland the birthplace of democracy. The "yes" vote was overwhelming and the government commissioned the renovation. 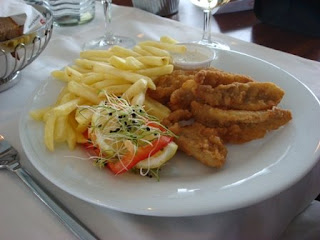 In May 1992 the renovations were complete and the DS Blümlisalp once again became a proud member of the Lake of Thun fleet. 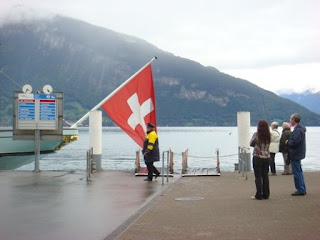 Never before in the history of Swiss paddle steamers had so many people fought for so long and so hard to keep a beloved paddle steamer in service.
During our trip Bill was given special permission to go into the engine room to film the young female engineer running the engines. She receives the commands from the captain down the brass tubes. It was a great experience for Bill and here is the video that he made of the event.