Some Statues/Sculptures encounted in Europe

In Bratislava I nearly tripped over this interesting sculpture. 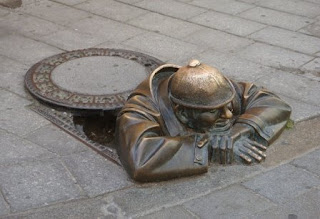 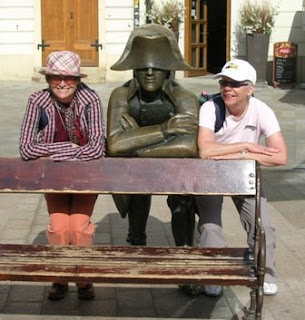 This one was fun to join leaning on the seat. 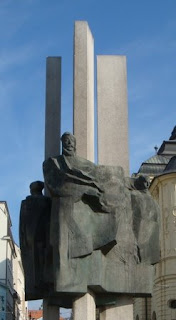 This one had an important historical significance for the people of Slovakia but my little brain cannot remember all the historical facts that we were bombarded with on the tour. 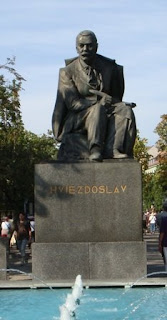 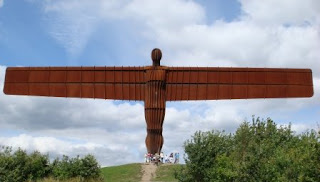 "Angel of the North" near Newcastle in England. The largest steel sculpture in the world. Made for the people who worked in the steel industry in that area. 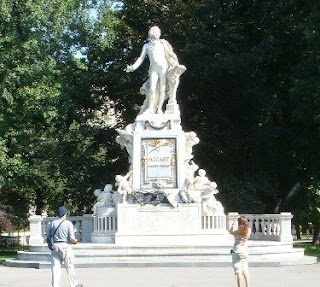 Statue of Mozart in Vienna. The city that he adopted. 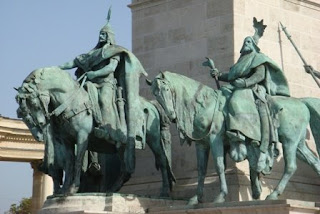 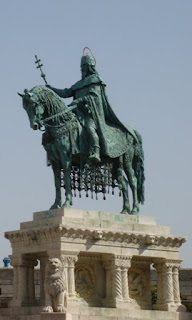 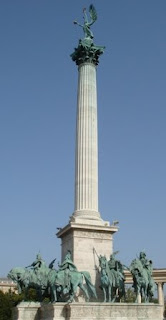 "The Fühlehung" in Thun, Switzerland.

There are many fountains in Bern, the capital of Switzerland.

Each fountain has a different sculpture. 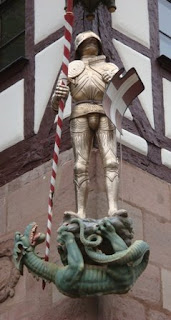 "St George and the Dragon" in Nuremberg, Germany. 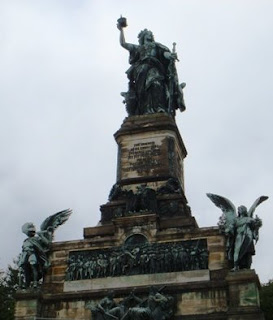 A monument in Rüdesheim to celebrate Germany's freedom from the French. 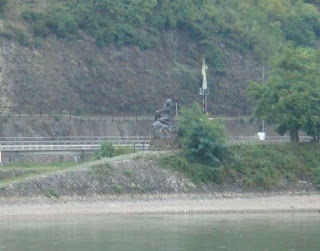 She is hard to see but it is the beautiful maiden, Lorelei, who sang and caused ships to founder on the rocks in the Rhine Gorge in Germany.

A soldier in Cologne, Germany. 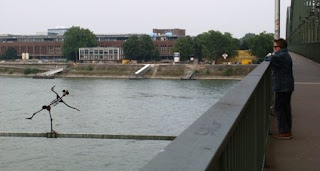 A skeleton sculpture on a bridge over the Rhine in Cologne, Germany.
Posted by diane b